Did You Hear the One About...the Anchor?

Tall tales. They're part of our culture. But this tale is true, dear readers! Pope insists I bring you up to date on our adventures since our somewhat calamitous Friday. (So soon? I'm worried about wearing out my welcome!)

All anglers have told their share of tales about the big one they caught, right? Remember also the jokes you've heard, or cartoons seen, about fishermen pulling up rubber boots or spare tires at the end of their line? Well, wrapped around our anchor chain was an old, rusty outboard engine! Picked up on the bottom of Biscayne Bay! Is it a message that we shouldn't trust our current engine? Well, this one certainly had no life left in it. 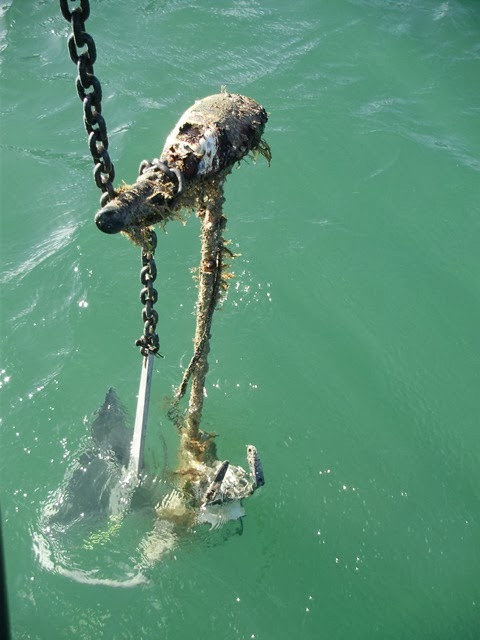 A cruising partner, Dave, once said that "for Amber, everything is a crisis!"  Well, I don't think my fears and anxieties are THAT bad. Well, maybe they are. I am certainly having some heavy-duty qualms about crossing a portion of the Atlantic in the next 24 hours.

At any rate, the anchor issue turned out to be NOT a crisis. Instead, just a minor inconvenience, quickly banished back to the depths of the harbor. A welcome change as we prepared to leave the Miami skyline behind. 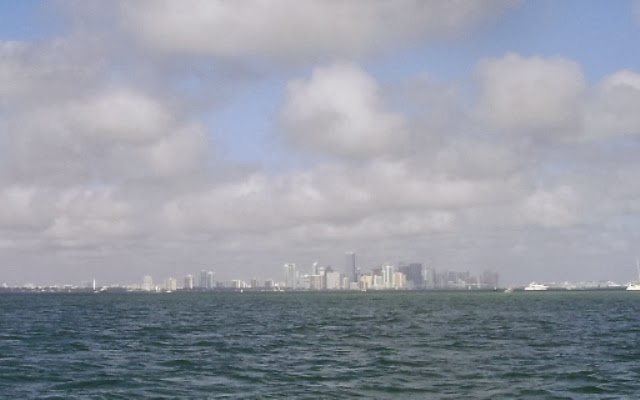 However, someone ELSE was having a crisis. After we unwrapped the tangled mess and cruised out of the harbor, we heard "MAYDAY" on the VHF radio. The first time Pope had ever heard one in all his days of sailing!  A sailboat had passed under a highway bridge. They are normally a standard 65 feet, but this one was clearly marked 56 feet on the charts and on the bridge piling itself. This sailboat, who thought his mast should have easily cleared 56 feet, had scraped the top and gotten stuck between the twin spans of the bridge!

Boy, was he having a bad day. Cursing those damn charts and bridge operators. Can't trust officialdom!

We watched him through binoculars, drifting in the middle of the bridge spans, waiting, hoping, probably praying for help. But what could anyone do? Wait for low tide and hope to "scrape by," literally, I guess.

We headed south past the cruise ship docks at the Port of Miami. 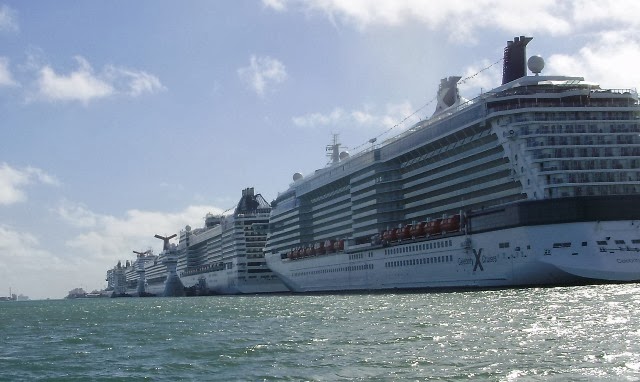 Now we are re-anchored in a popular party cove called No Name Harbor on Key Biscayne, southeast of Miami, next to the inlet where we will enter the ocean in the wee hours of Monday morning. Re-checking the forecast hourly while people-watching. Lots of Miami-ans, especially Cubans, pulling in to the waterside fish restaurant here in small and very very big motor boats, 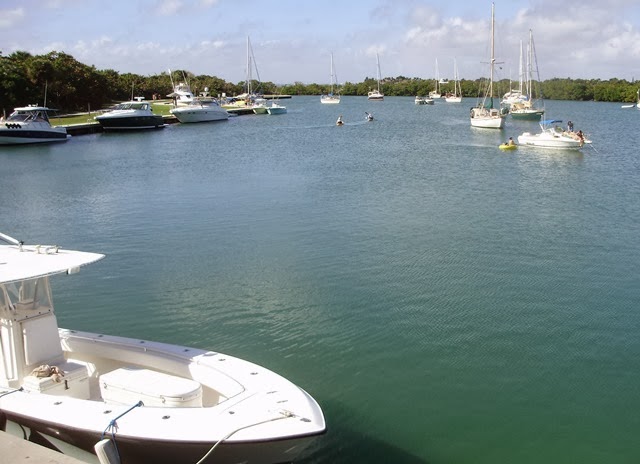 And, naturally, a glorious ray of sun the following morning; a positive omen as we prepare to pull out of the relative safety of the mainland for points east. In case I can't write again soon, wishing a happy holiday to all! 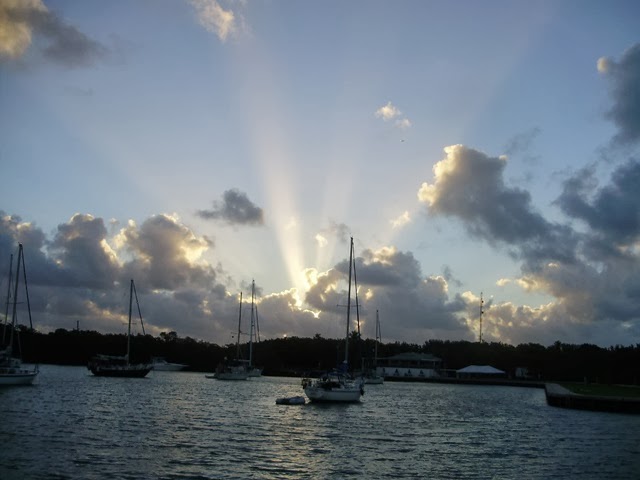 Posted by my alias Amber Jones Adventures at 2:02 PM