Making Music While the Sun Shines

Here I am in beautiful downtown Elkins, West Virginia, on the campus of Davis and Elkins College. The sun is shining, clouds roll by in a blue sky, and Cajun and Country Week is drawing to a close. 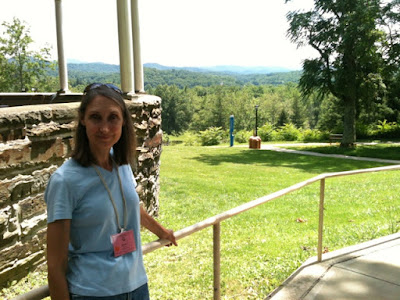 The campus with its Victorian mansions  is lovely, the cool nights a refreshing relief from Washington, with breezes bouncing off the mountaintops. 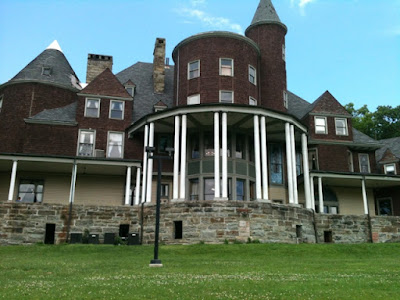 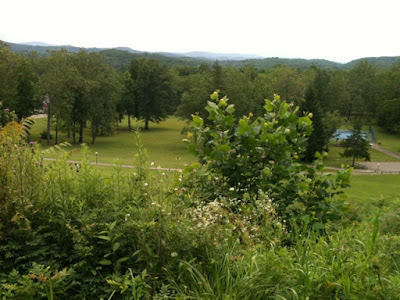 The last jams with Cajun superstars like Sheryl Cormier, Courtney Grangier and talented youth from Louisiana are diminishing into the last throes of harmony. 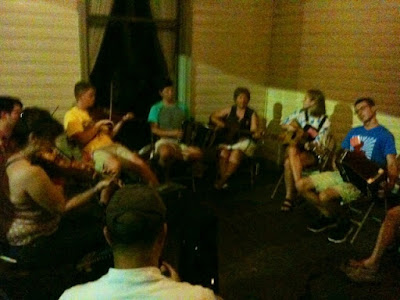 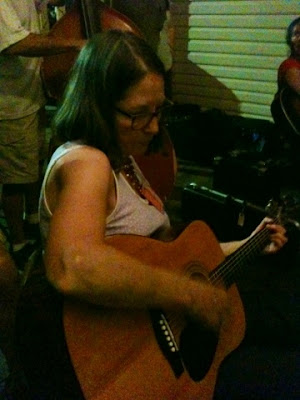 What did I learn at music camp?

-How to master songs in high C, in Cajun dialect, with French R's, employing complex rhythms, thanks to the relentless drills and ministrations of former Mamou Playboy fiddler David Greeley. Always found on the back porch, singing while the sun shines. 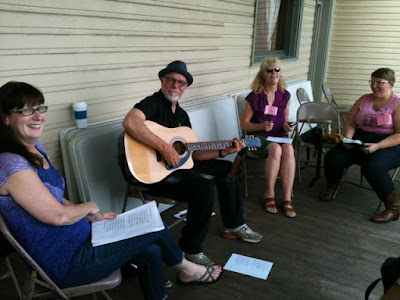 -Refining my language technique a bit more precisely, thanks to up-and-coming superstar and multi-instrumentalist Blake Miller. 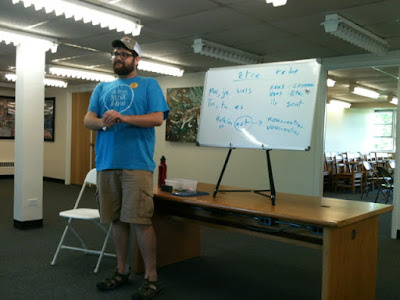 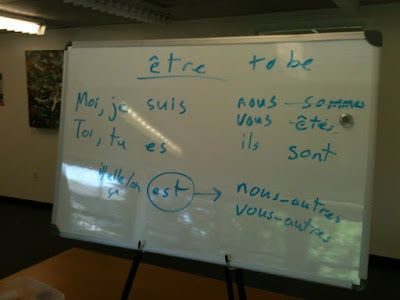 -Walk-ups and runs on my guitar strings from country singer Lynn Healey--a lesson long overdue after 40 years of fooling around strumming open chords. We worked HARD in class! 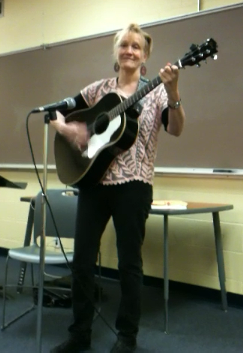 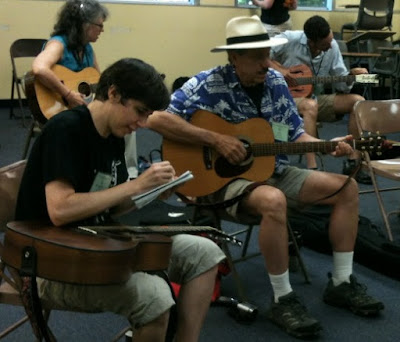 Seriously, though, all was not serious. My fellow musicians and I shared a few laughs and the occasional prank.

Thanks to the magical musical wisdom (and humor) of our Michigan friend John, I learned some new guitar grooves: the "air mordant," which quickly leads to the "dominant fifth." (Which John demonstrated. Or are those just cramped fingers, from clutching too many wine glasses?) 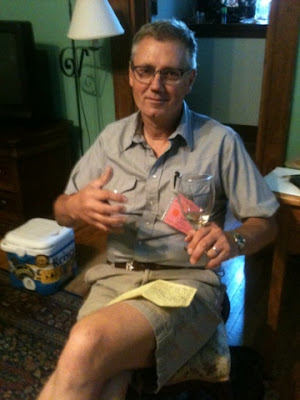 The mini-lesson quickly led to a blistering critique of John's potentially bogus musical research by ultra-serious jam leaders Patrick and Terri (or was that just the whiskey talking?). 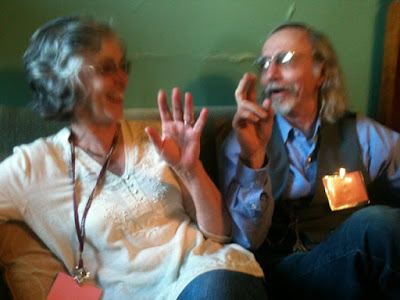 It led also to a look of pure unembellished admiration (or was it stupefaction?) from fellow Michigander Frank... 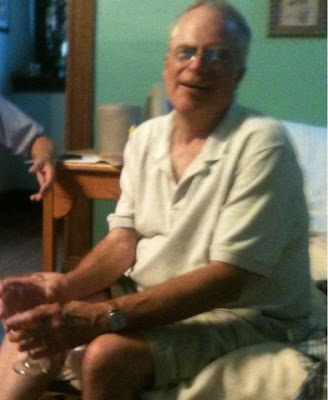 ...who promptly put thought into action, trying in vain to coax a reluctant mordant from his stand-up bass. 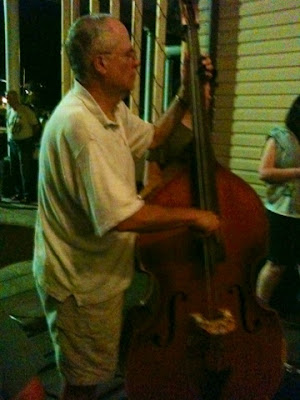 Ah, the joys of being schooled in music theory and then putting it to the test. Every afternoon and evening people gather on the porch, patio, meadow, lounge, wherever, to make beautiful music while the sun shines and sets, once again, over the hills. 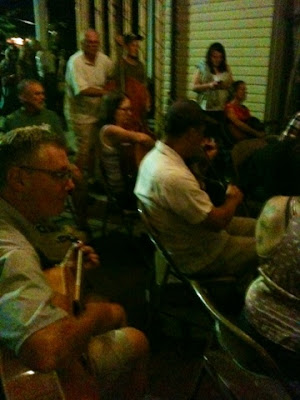 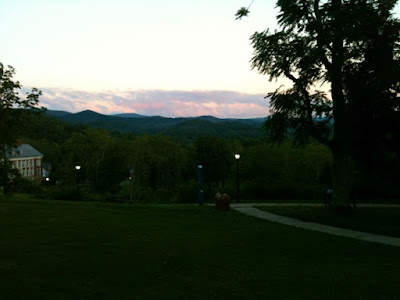 Posted by my alias Amber Jones Adventures at 10:41 AM