Romeo, Romeo, where art thou?

Nobody knows for sure. There are castles in Montecchio Maggiore rumored to be “Romeo’s and Juliet’s.” But there is no hard evidence that the Montagues and Capulets existed, let alone lived in the area. Ditto for the fortress-like “Montague” villa and romance-tinged “Juliet’s” balcony in Verona, visited by millions.

So my friend Deanne and I skipped that “fake news” scene and stuck with the facts. In Padua and Vincenza, the architecture and history are well documented.

The first thing you see on entering Padua is the remains of a Roman amphitheater, begun around 30 B.C. 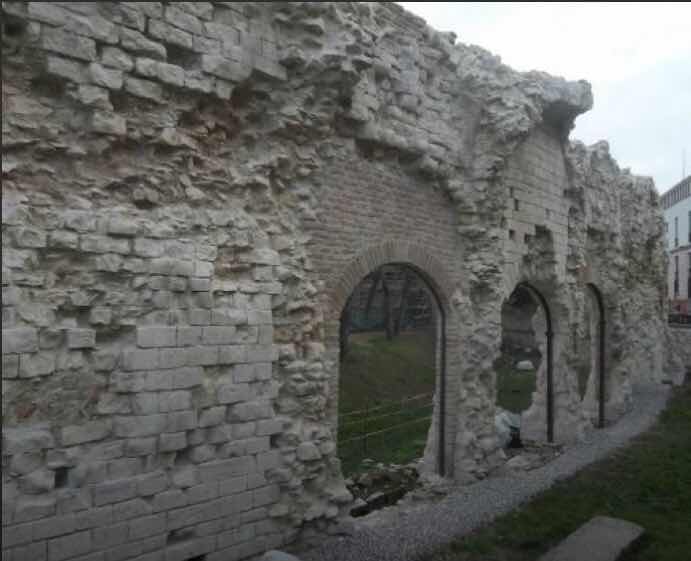 Piazzas dei Signori and delle Erbe, next door to each other, feature an astrological clock with signs of the zodiac—Libra is missing—and the magnificent Palazzo della Ragione, built in the 1200s and used as a law court five centuries later. 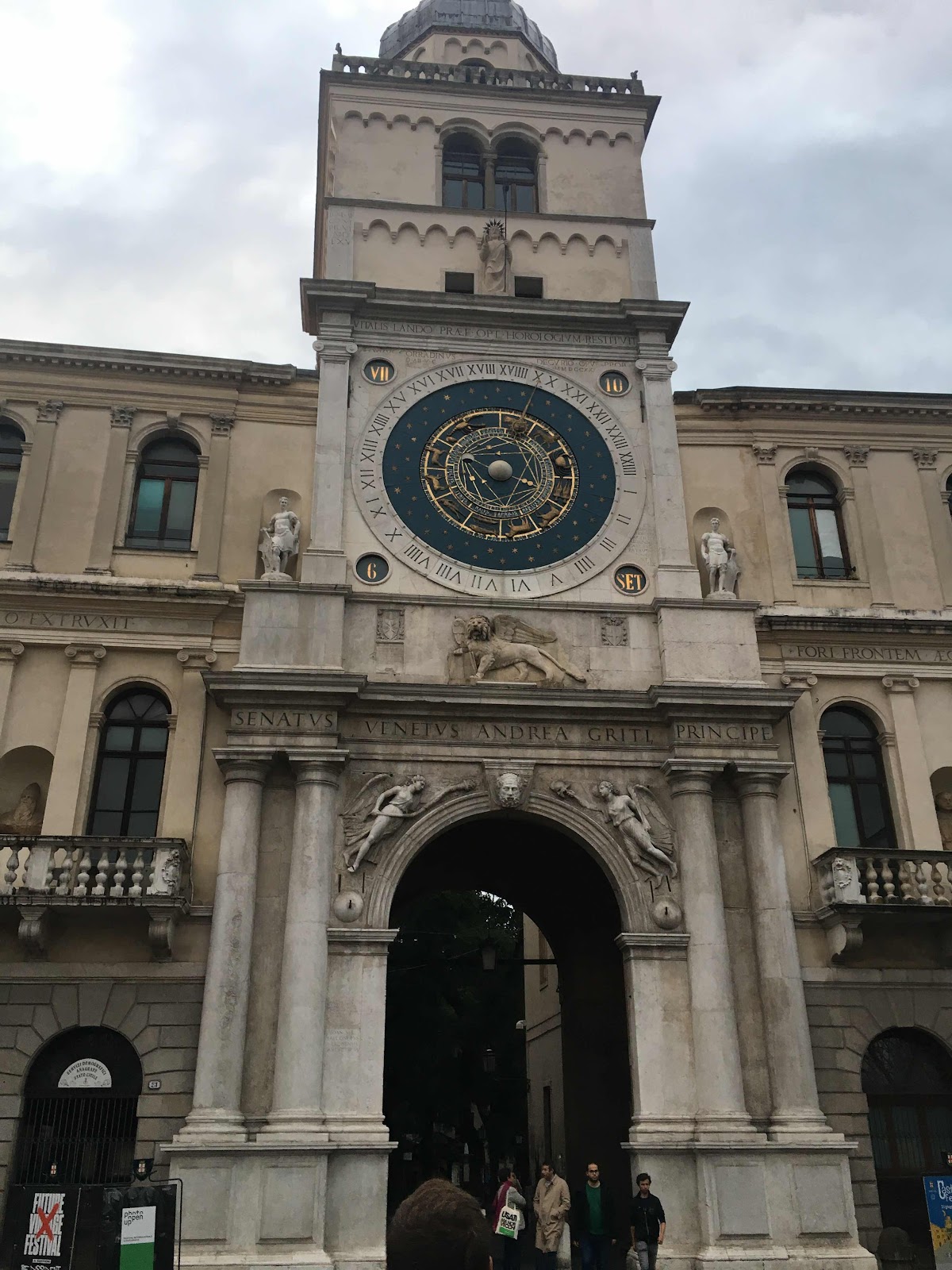 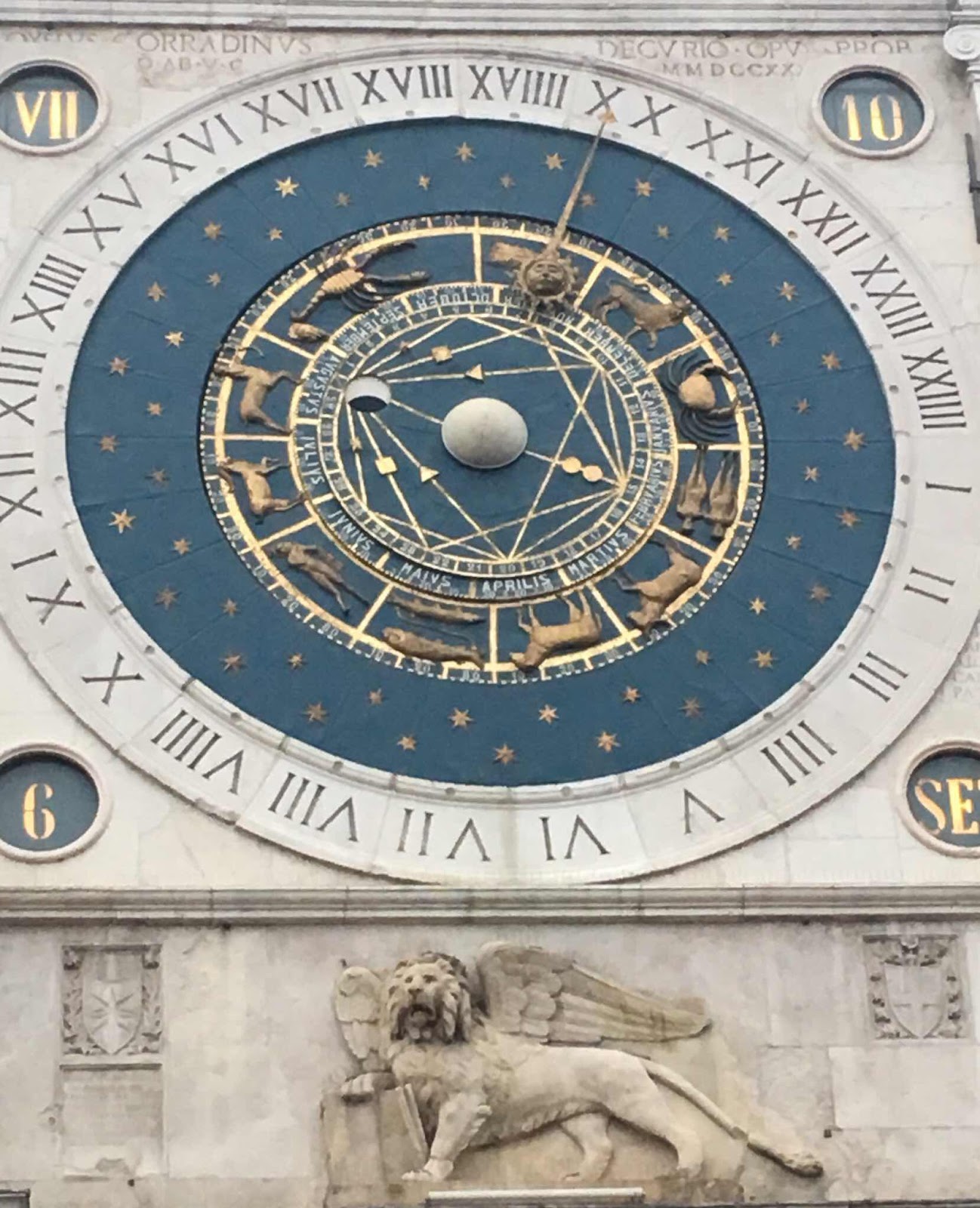 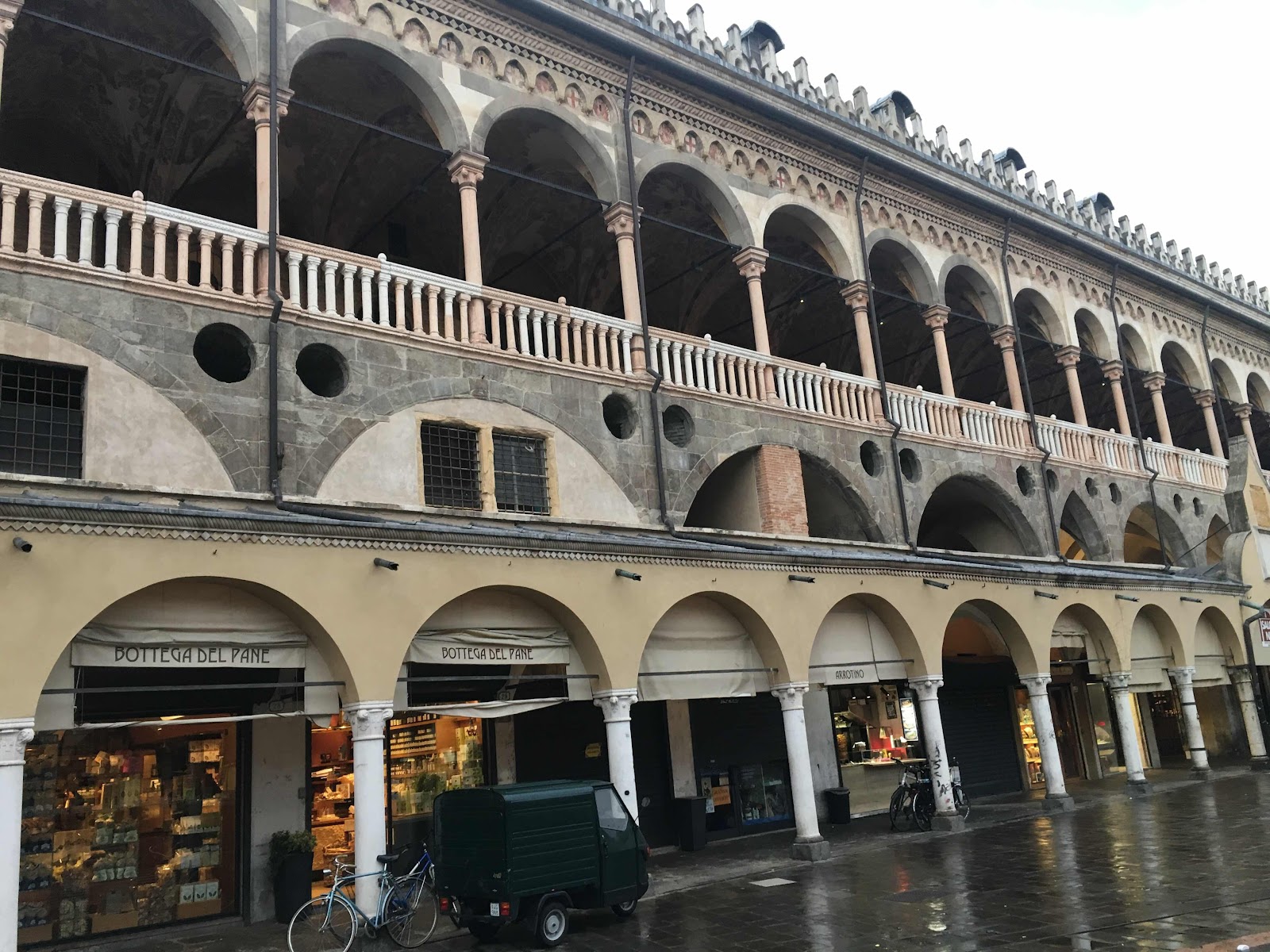 In my opinion, the Basilica honoring St. Anthony of Padua tops most of the churches and cathedrals I’ve seen in Europe. The initial structure dates from the 1200s, with additions ranging from a Renaissance chapel of the 1500s to elaborate 1700s Baroque sculptures, designed to show off power and wealth. Some of it could be called gaudy. But I was impressed. 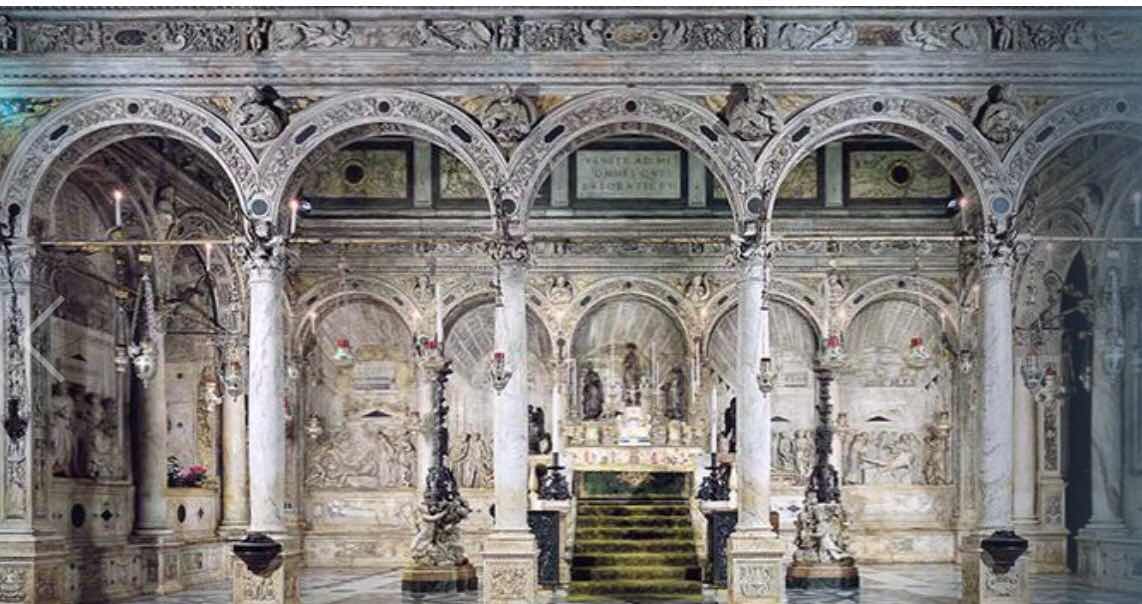 A bonus in Padua was the city’s hidden gems. Rounding a corner to find marble columns, classical statues, or Venetian-style windows. Green parks. Street markets with racks and racks of cheap Italian-designed clothes. 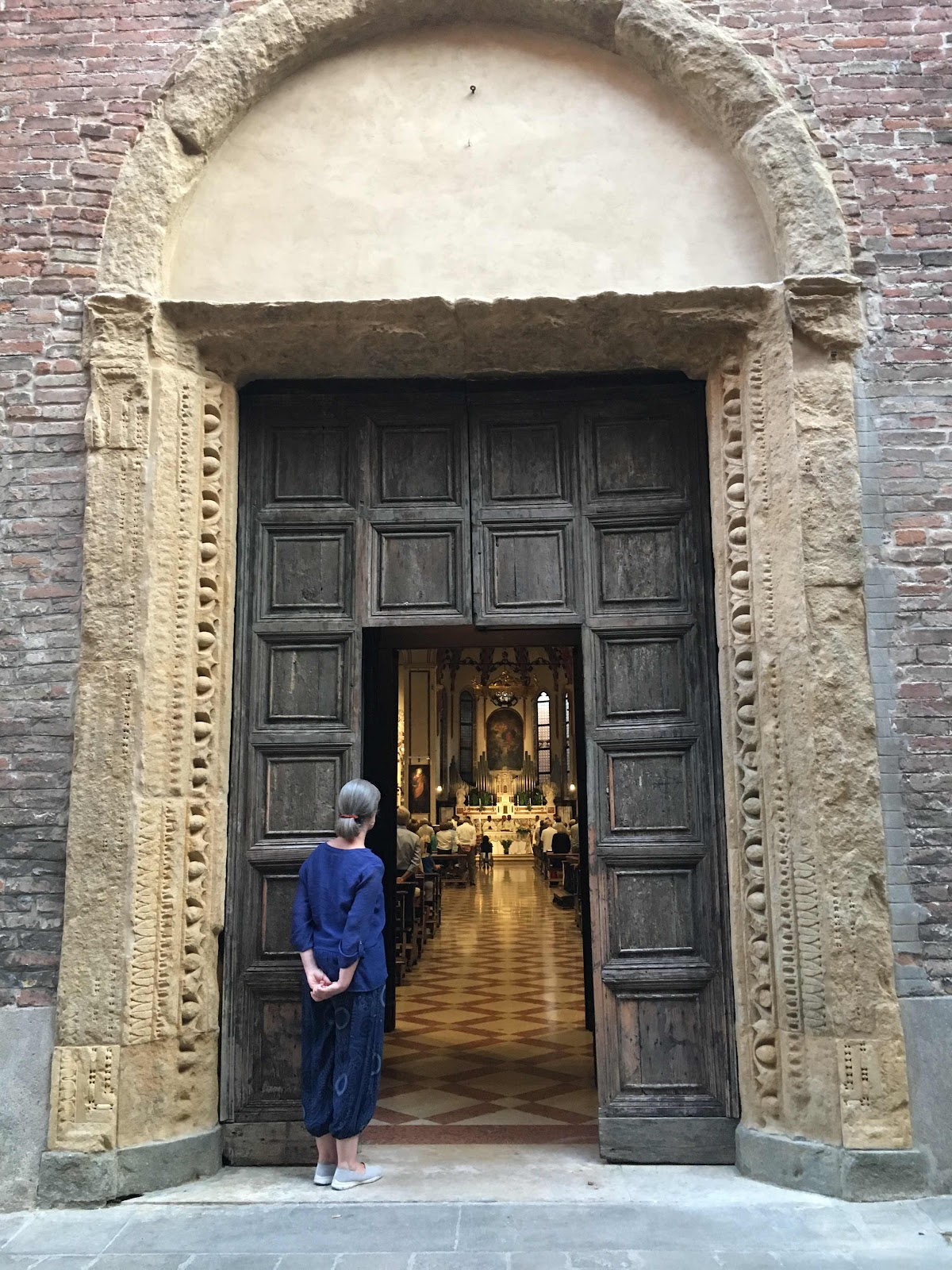 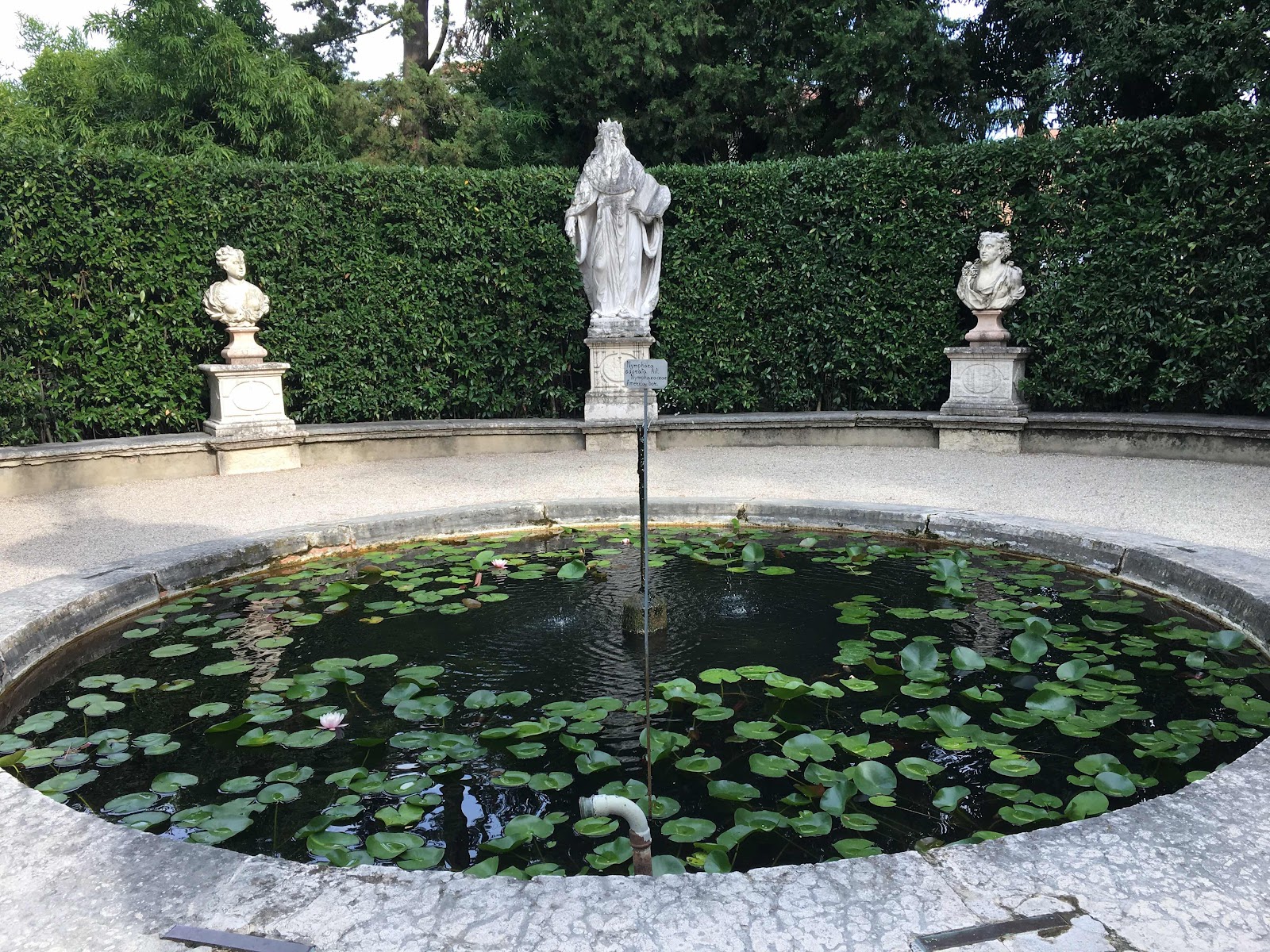 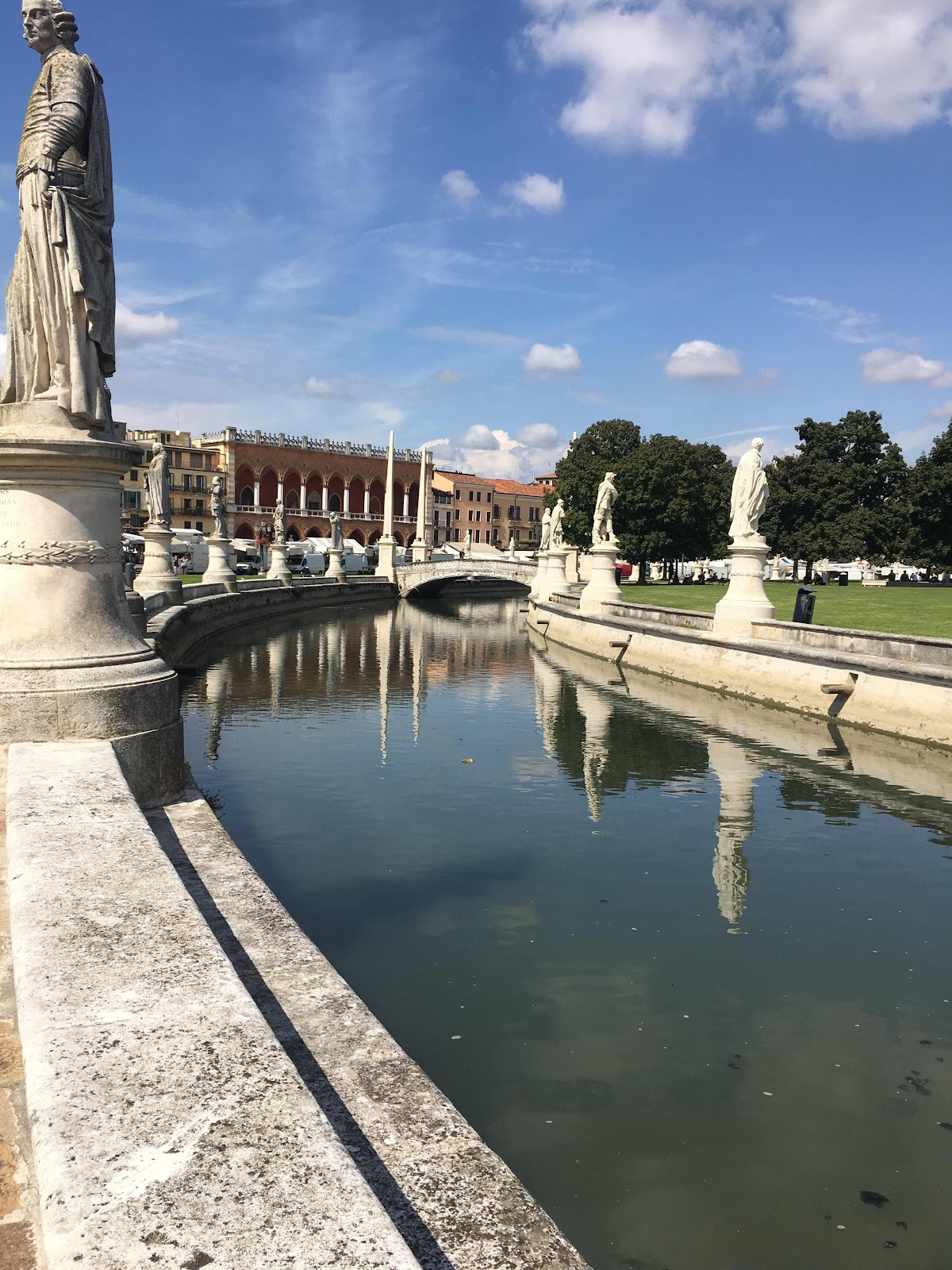 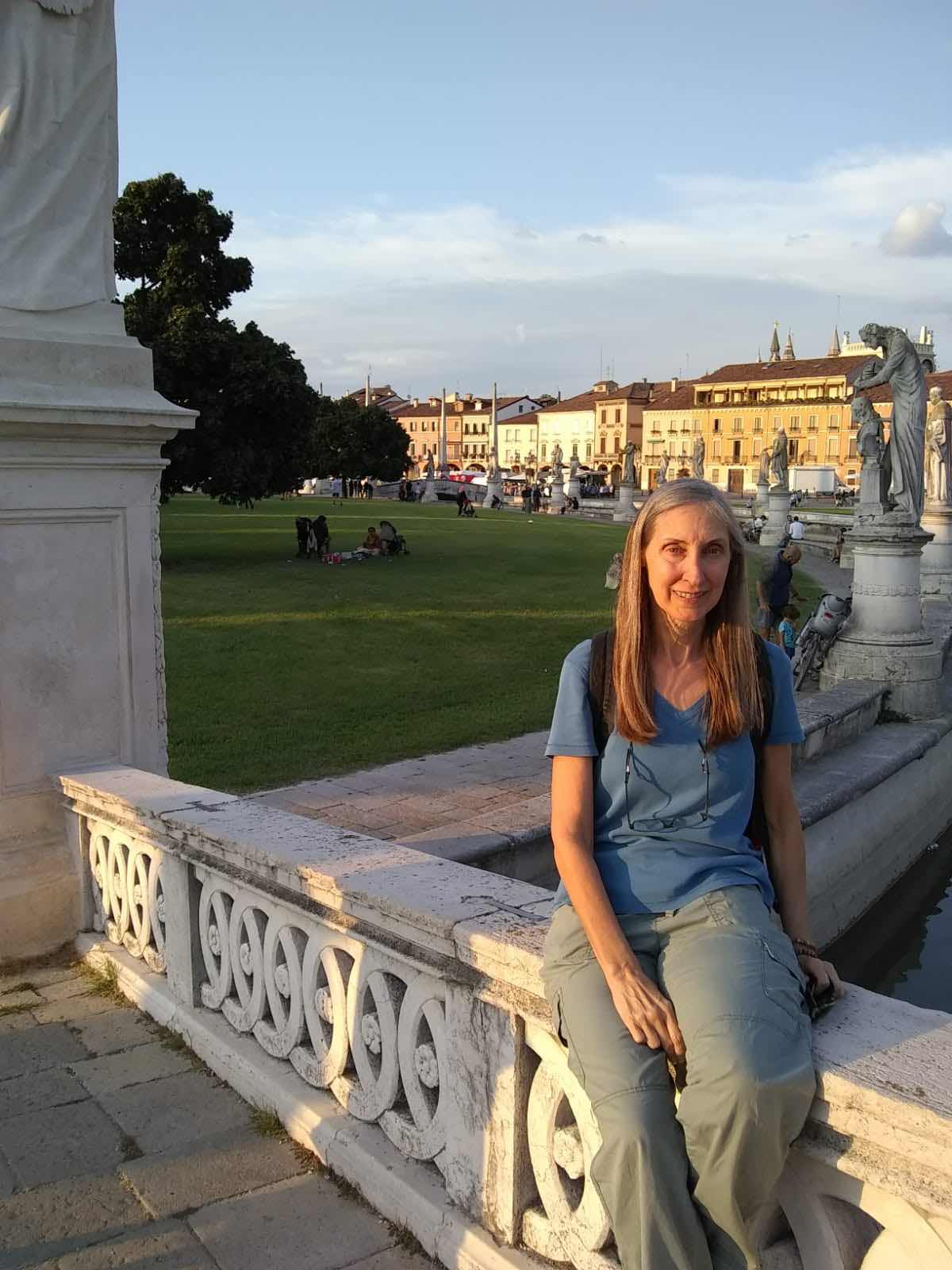 Not to mention the lively street scenes during happy hour—which takes place outdoors, in all parts of the city, and lasts roughly from 2 pm to 8 pm, when restaurants finally get around to serving real food. 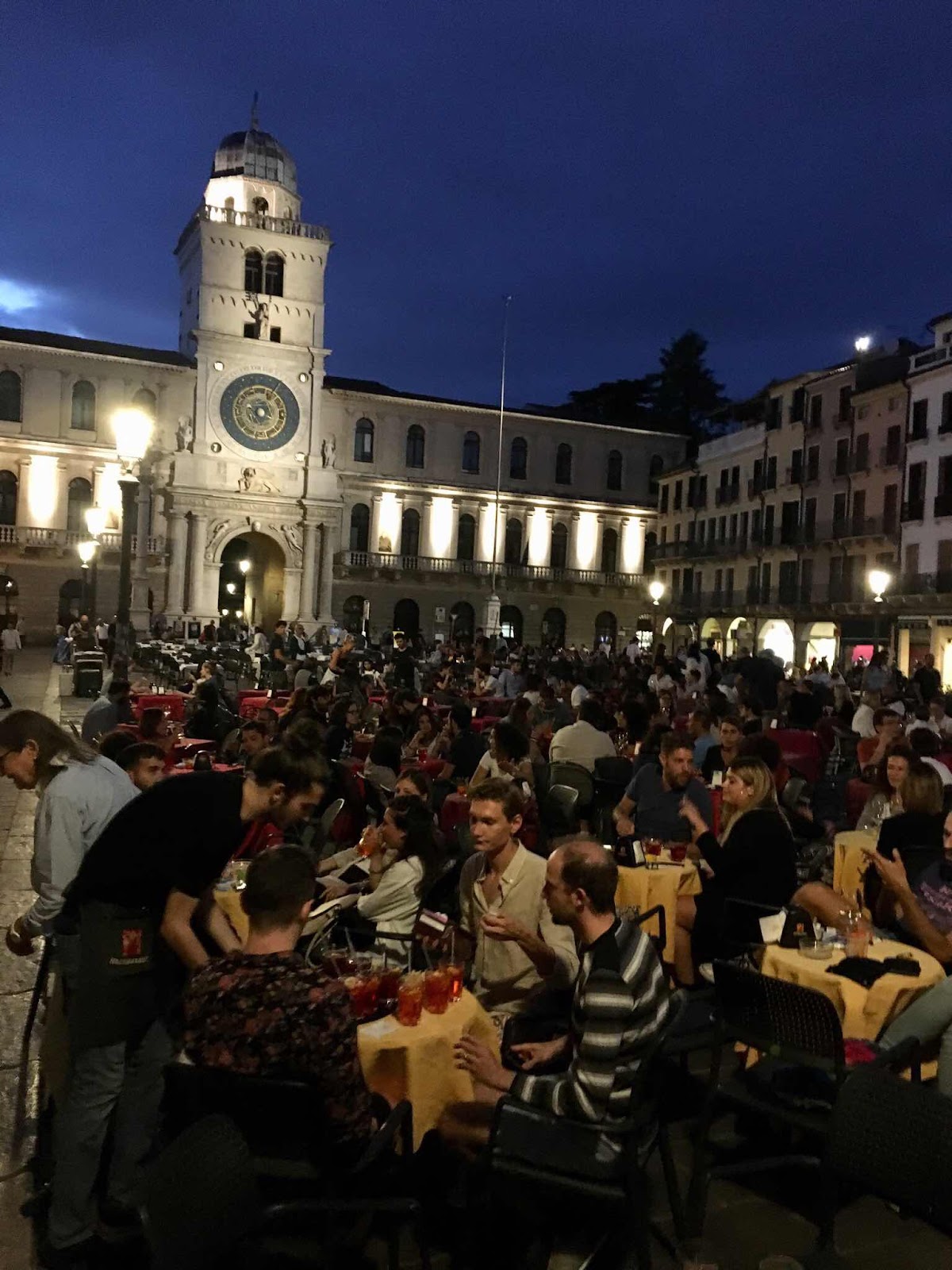 Down the road is another gem, relatively unknown or at least uncrowded by hordes of tourists. Vicenza is passed over by the thousands streaming into Verona to swoon under “Juliet’s” balcony. Yet the architect Palladio of Vicenza left an indelible mark on the world, not just on the 16th-century buildings in his home town, but influencing architecture as far and as late as Thomas Jefferson’s home at Monticello and the University of Virginia’s Rotunda. 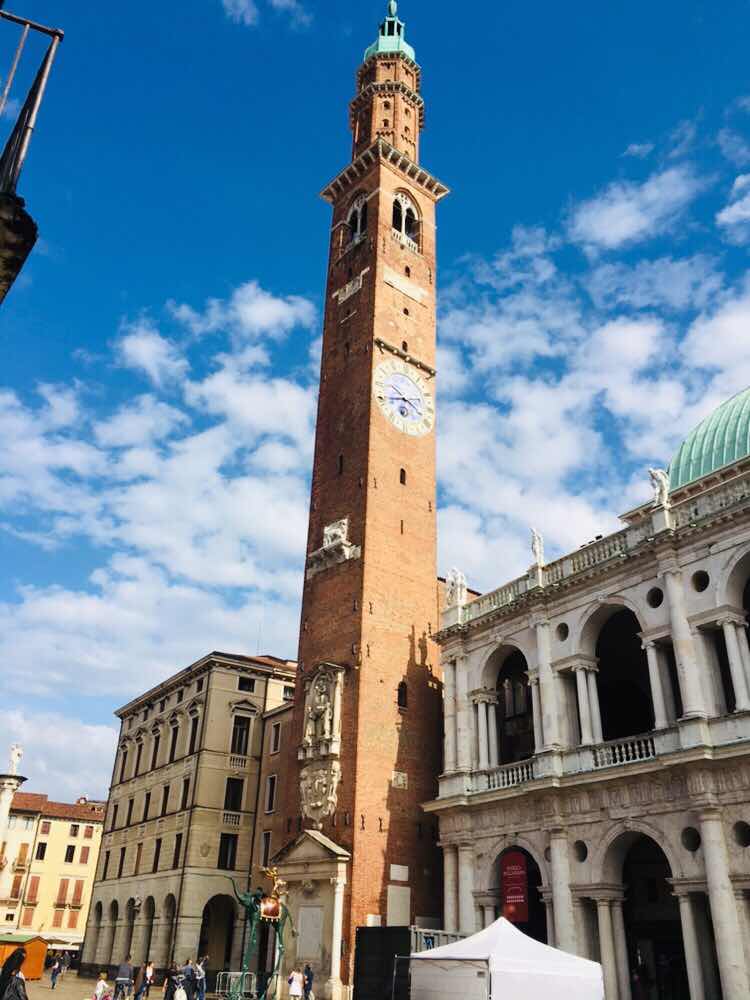 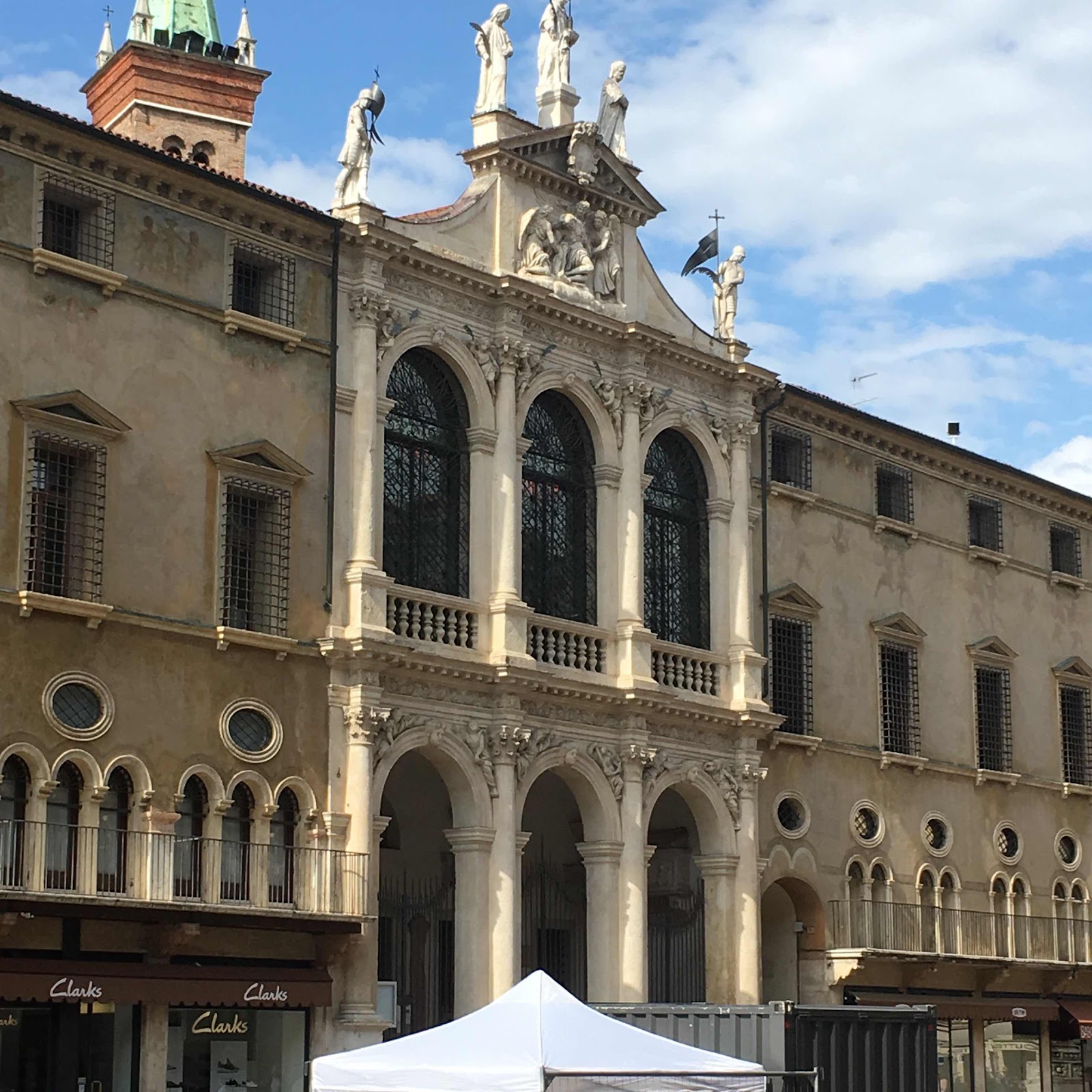 Palladio’s Teatro Olimpico wowed audiences with the first-known scenery painted in perspective; i.e., the scenes appear to stretch to the far horizon. The first performance was “Oedipus.” The original sets are still used. 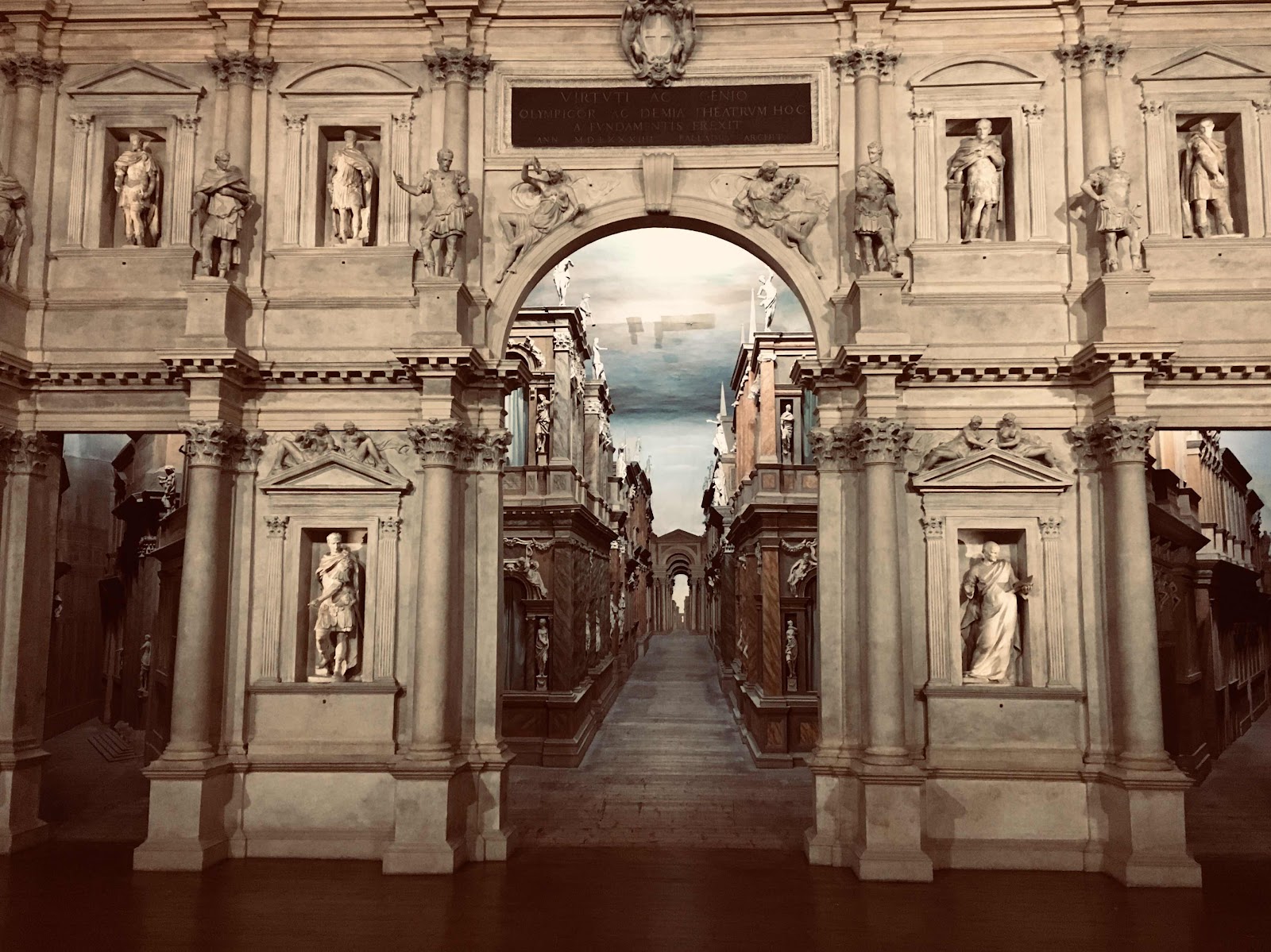 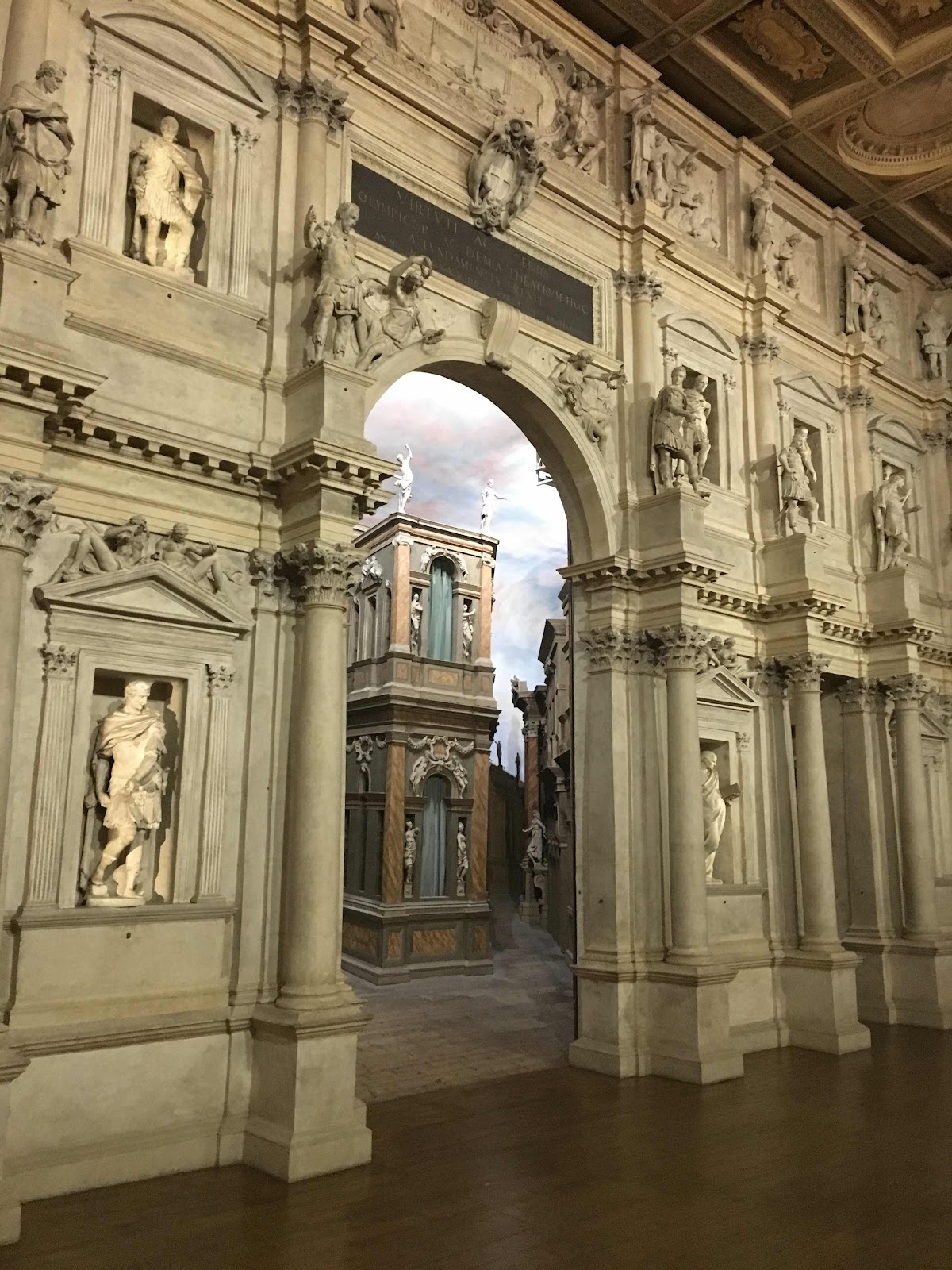 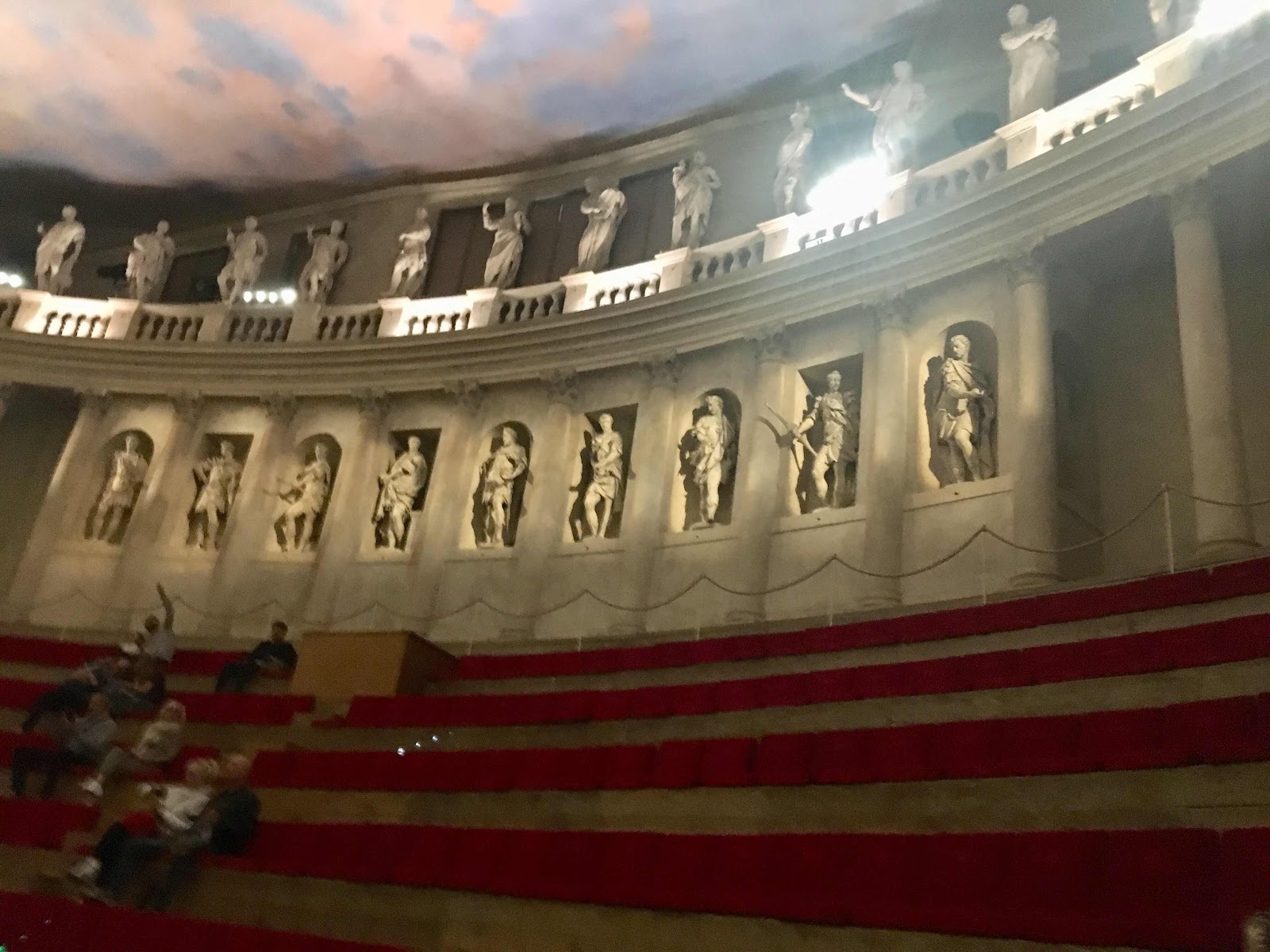 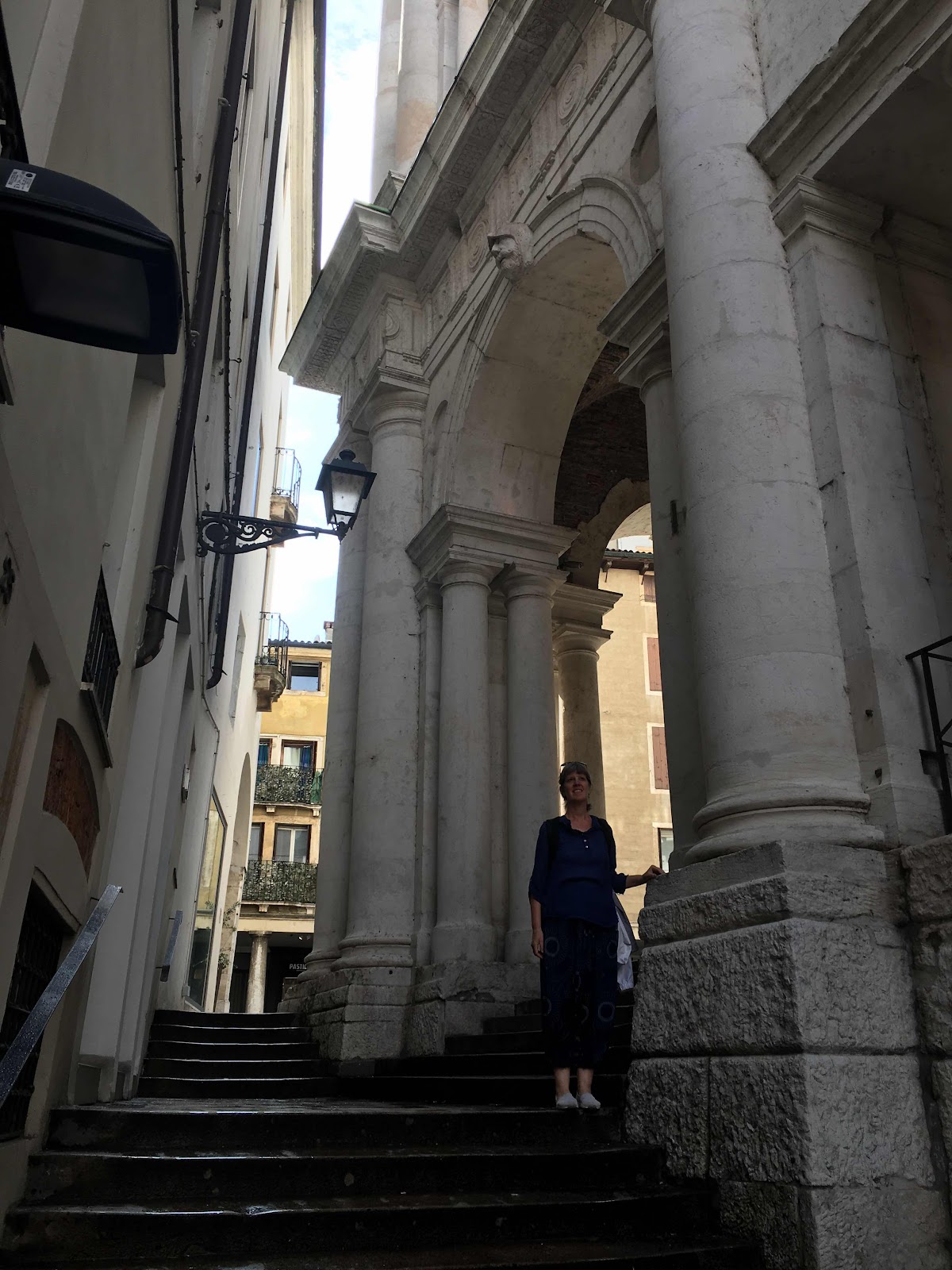 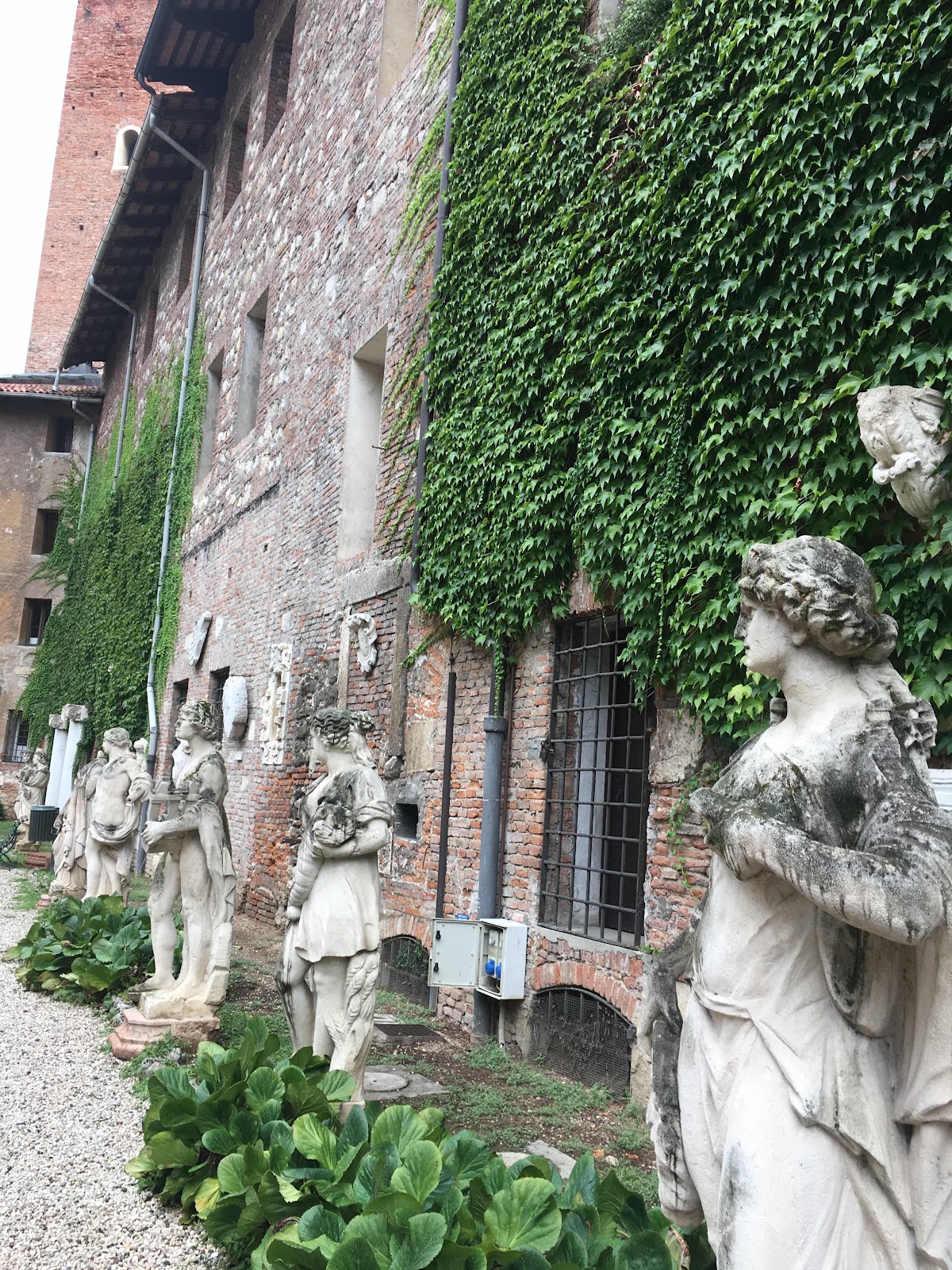 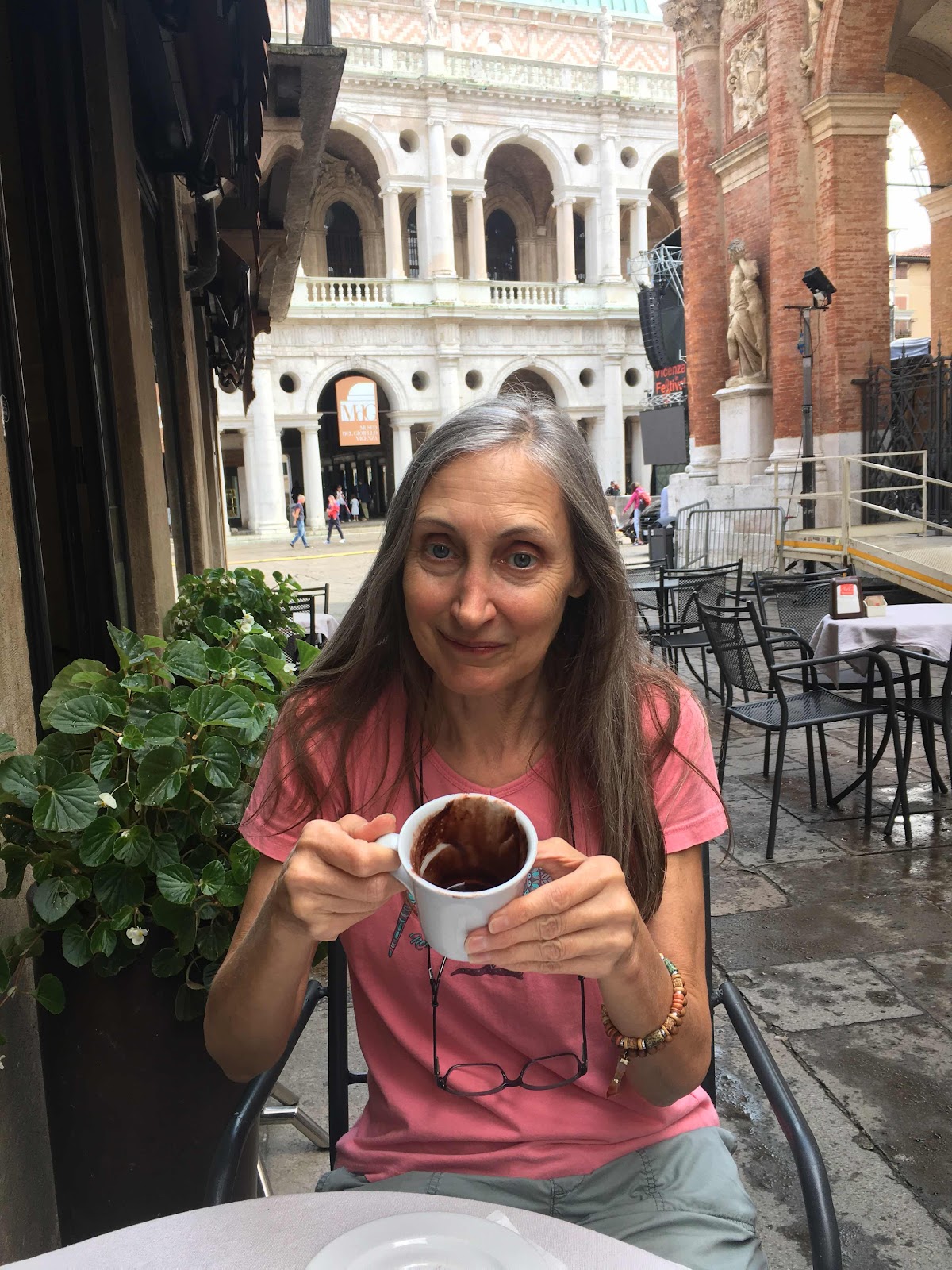 We may have missed gazing on turrets possibly graced by a legendary Romeo. But we found architectural spectacles and evidence of real stories from the past.

Posted by my alias Amber Jones Adventures at 2:35 AM