Neither Pope nor I have led a particularly safe, secure, boring life. We stuck our necks out, traveled, ventured into the unknown.

That doesn’t mean I am courageous or fearless (though I can’t speak for Pope). Many times I’ve been scared, anxious, indecisive, lonely, homesick—or just plain sick. Often I felt like I couldn’t cope.

Do I actively seek excitement and adventure, or does it just happen? I don’t know. What I have noticed, though, is that I seem to encounter more than my share of risky situations. 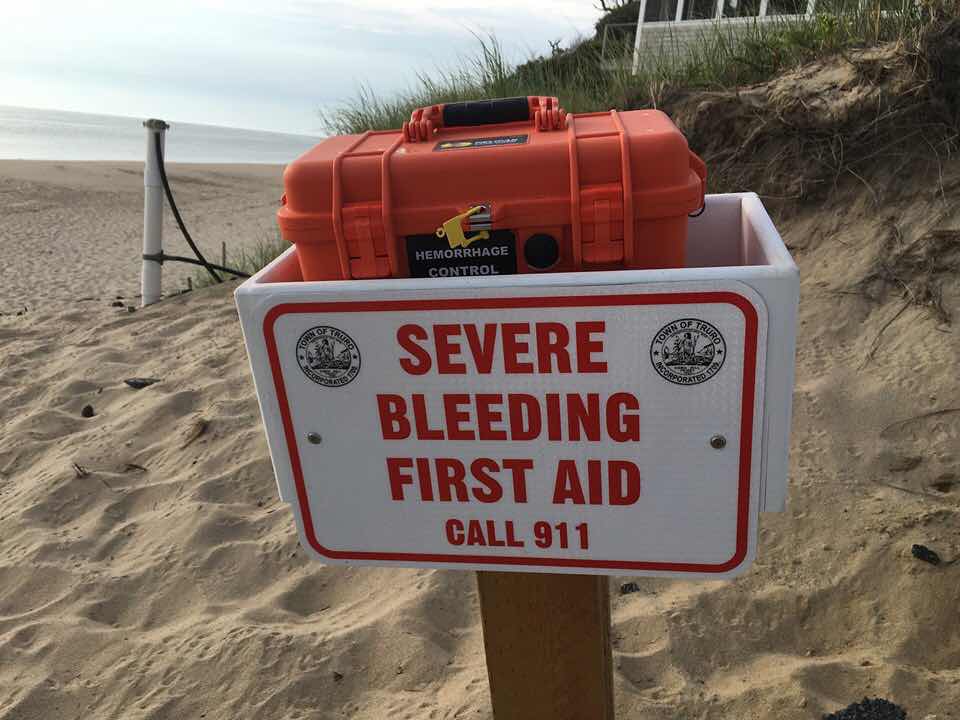 In Hawaii, that island paradise where most people go to relax, others enjoyed leis and luaus while I came face to face with dangerously hot lava and steam vents. Rip tides. High surf. Giant turtles staring me down while peacefully snorkeling, minding my own business. 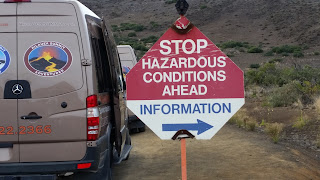 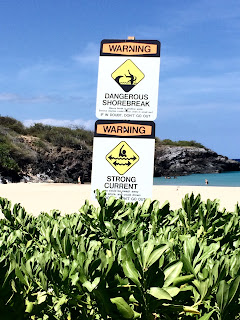 Even mangoes that fall on your head and cause concussion. Where were the flowers and sandy beaches? All I wanted was a leisurely drive to some waterfalls in a white convertible. Instead I found myself cringing, ducking, and watching where I put my feet. 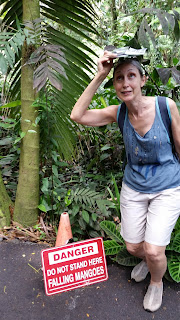 Unlike gentle Hawaii, New Zealand has a REPUTATION for being wild. Pope and I tried to play it safe. We eschewed bungee jumping, admitting we were too old to trust our life—and our hearts—to being bounced at the end of a rubber band (see photo). Even a couple of the younger folks backed out before jumping off the bridge. (They didn’t get their money back.) 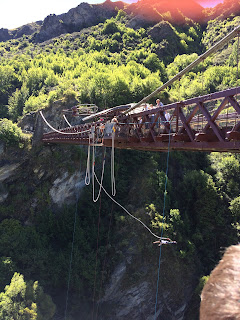 But before I could even say “Whew,” we found ourselves being pushed off a cliff with only a flimsy film of nylon and some string preventing us from crashing to the rocks below. 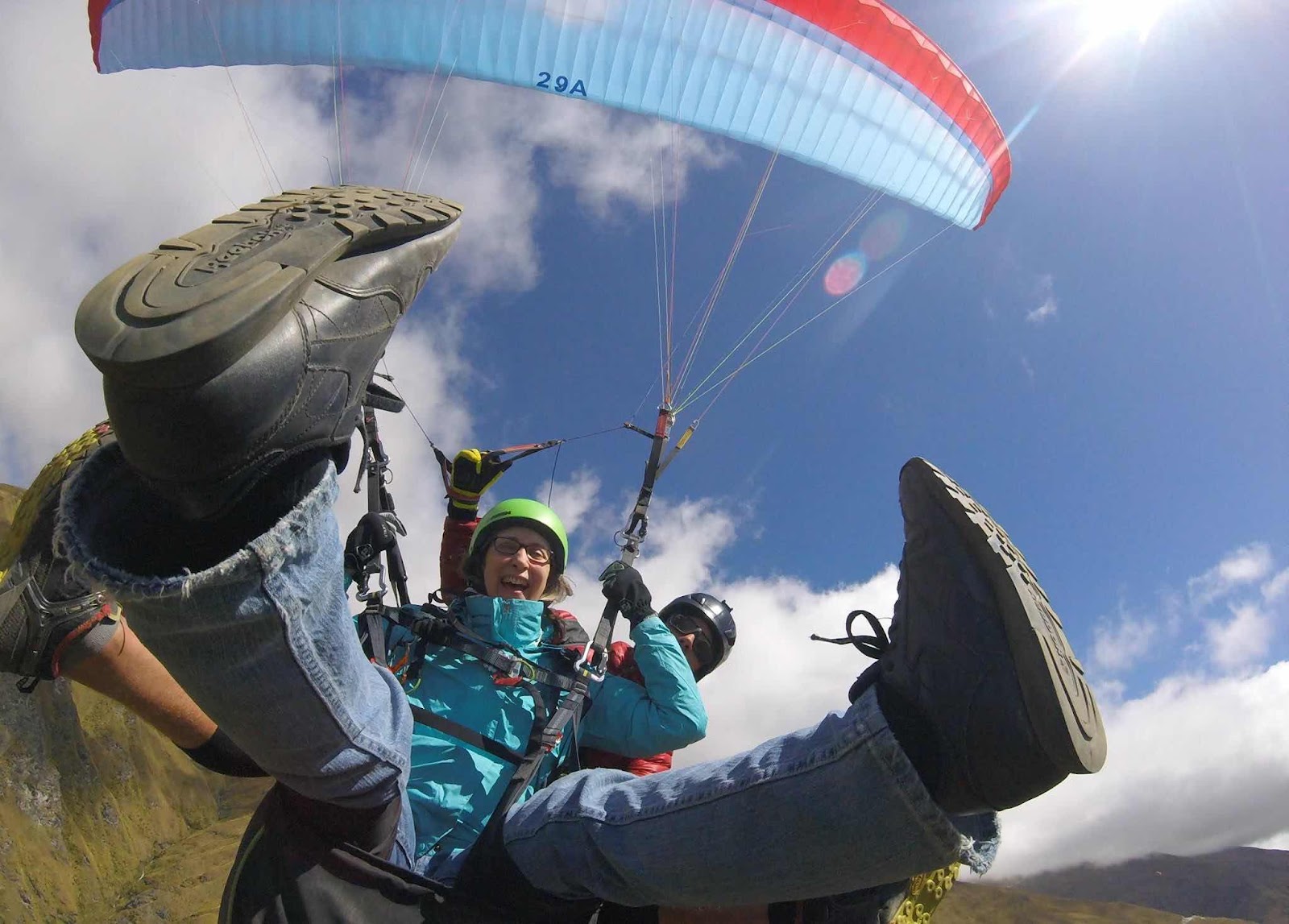 After that, there seemed to be endless dangers to entrap and harm us—boiling mud, fatal amoeba waiting to crawl up our noses, fast drivers on one-lane bridges. Wild boars. Horrendous bee stings that threatened to put me in the hospital. Topping all that was a near-collision with a Mack truck because I forgot to look right (driving on the “wrong” side of the road). My goodness. Do all tourists in New Zealand feel as threatened as I did? 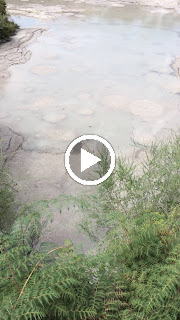 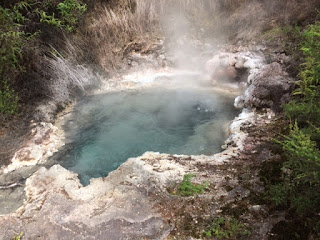 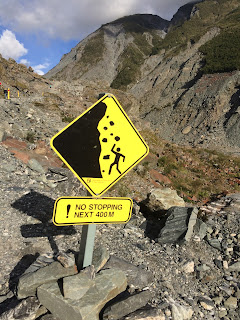 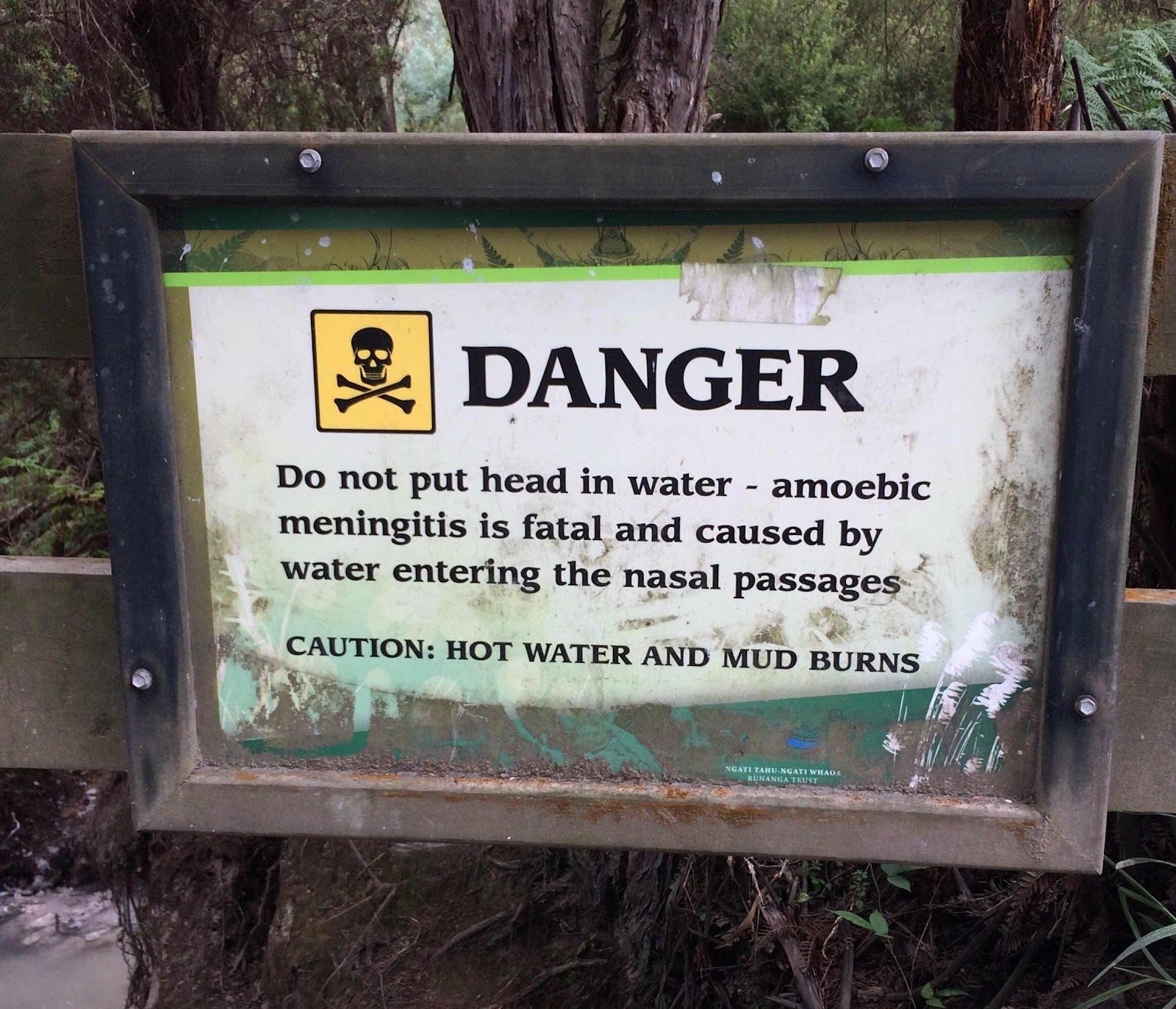 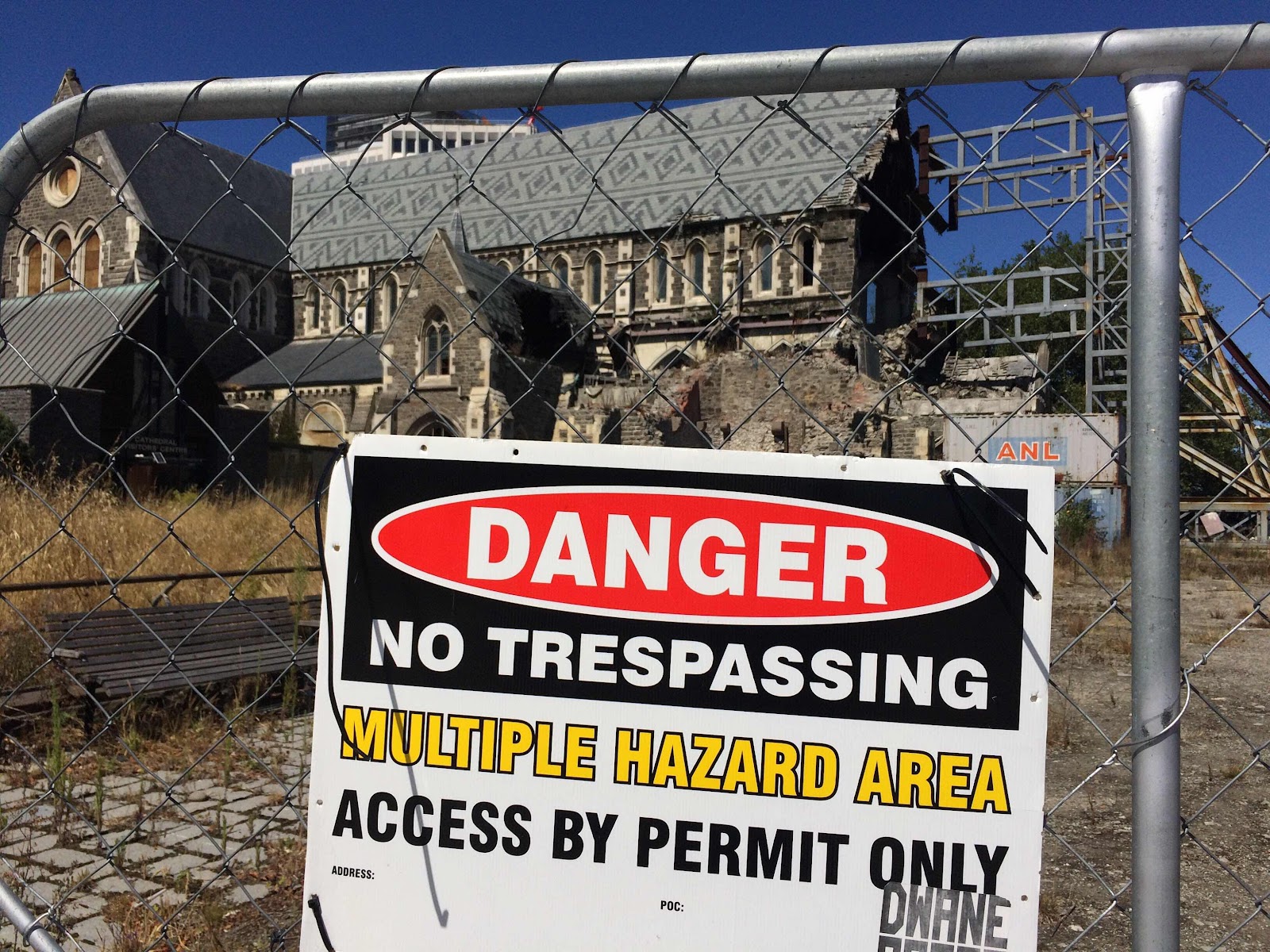 In Europe, on the other hand, people have been relatively safe and sound since the end of the Crusades and demise of the Inquisition. Yet even there, where I am currently minding my own business being an average tourist, those red and yellow warning signs seem to be popping up in my path. And I’m having a tiny problem with those darn southern France no-see-ums. Again. Just like in 2015! A mere 24 bites this time. 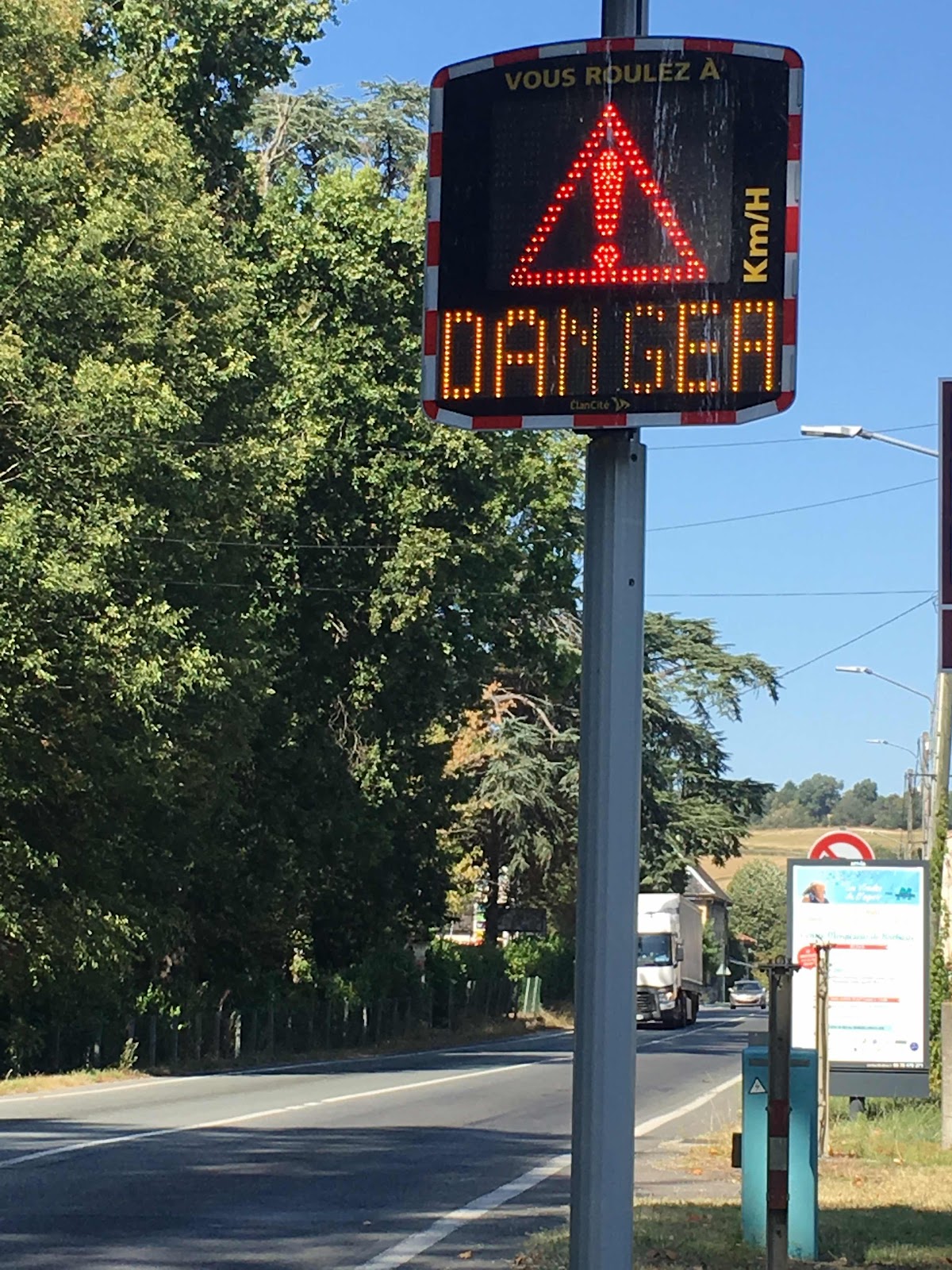 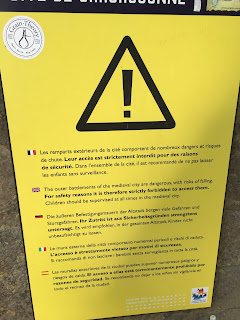 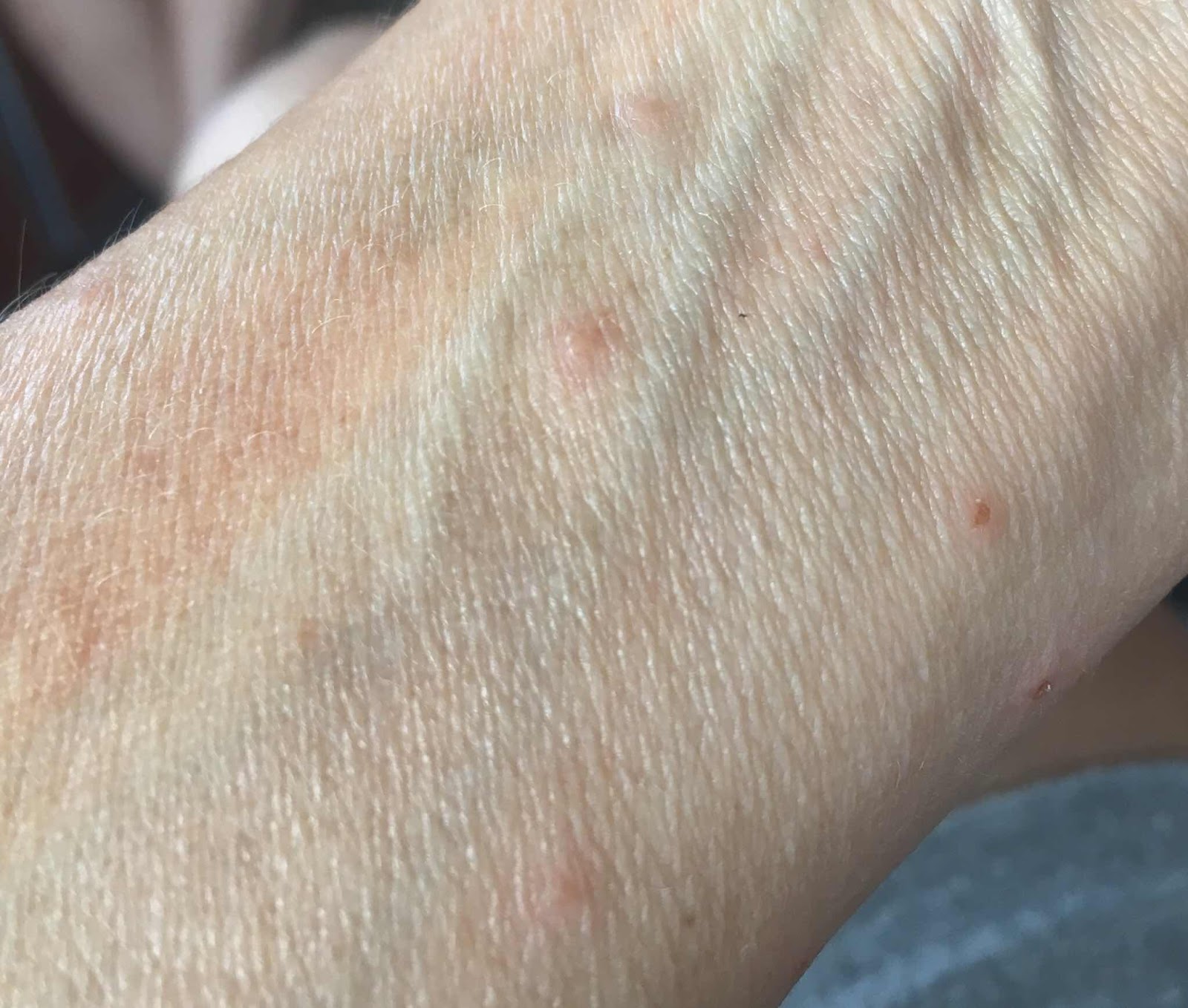 Back home in the US, also, it is wildlife that sets me on edge. Sharp-teethed alligators in Georgia and Florida. The occasional grizzly in Montana and Alaska. Sharks on the Cape Cod beaches. And in Utah and West Virginia, it’s human wildlife—gun-toting wahoos in pickups threatening my campsites and my life. 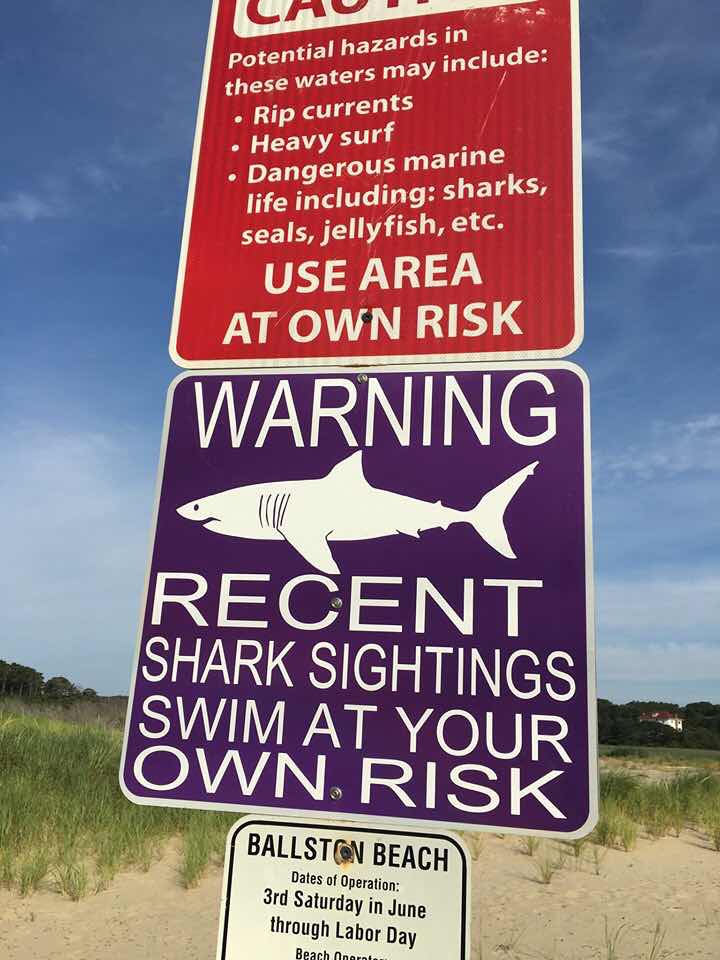 I won’t even bother to describe the nautical hazards Pope and I have endured on sailboats. If you’ve been reading my blog, you already know. It can be exhausting. 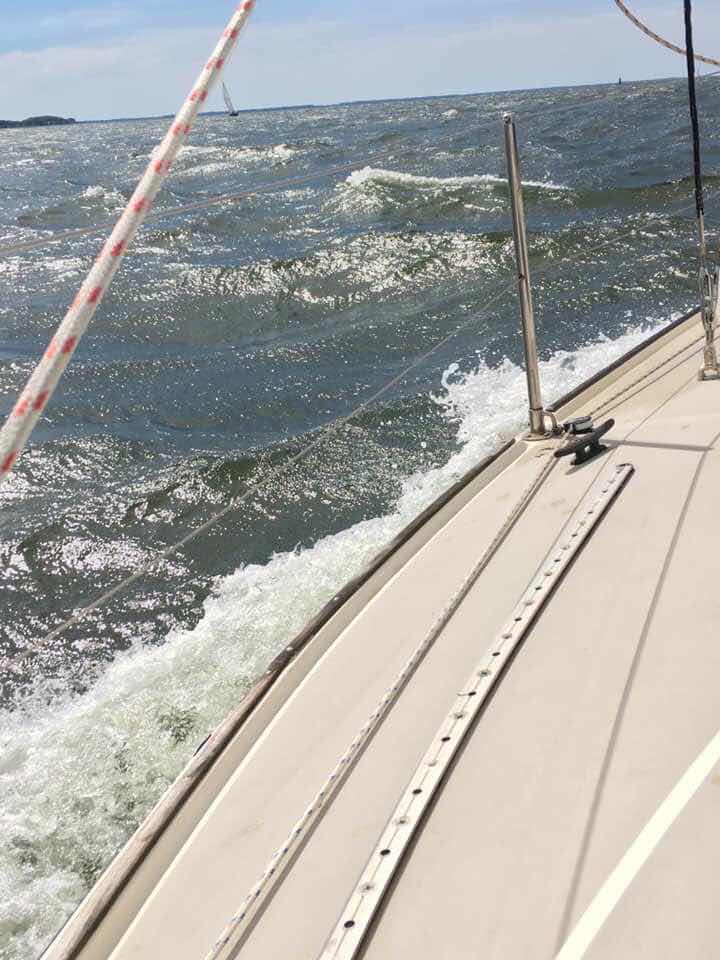 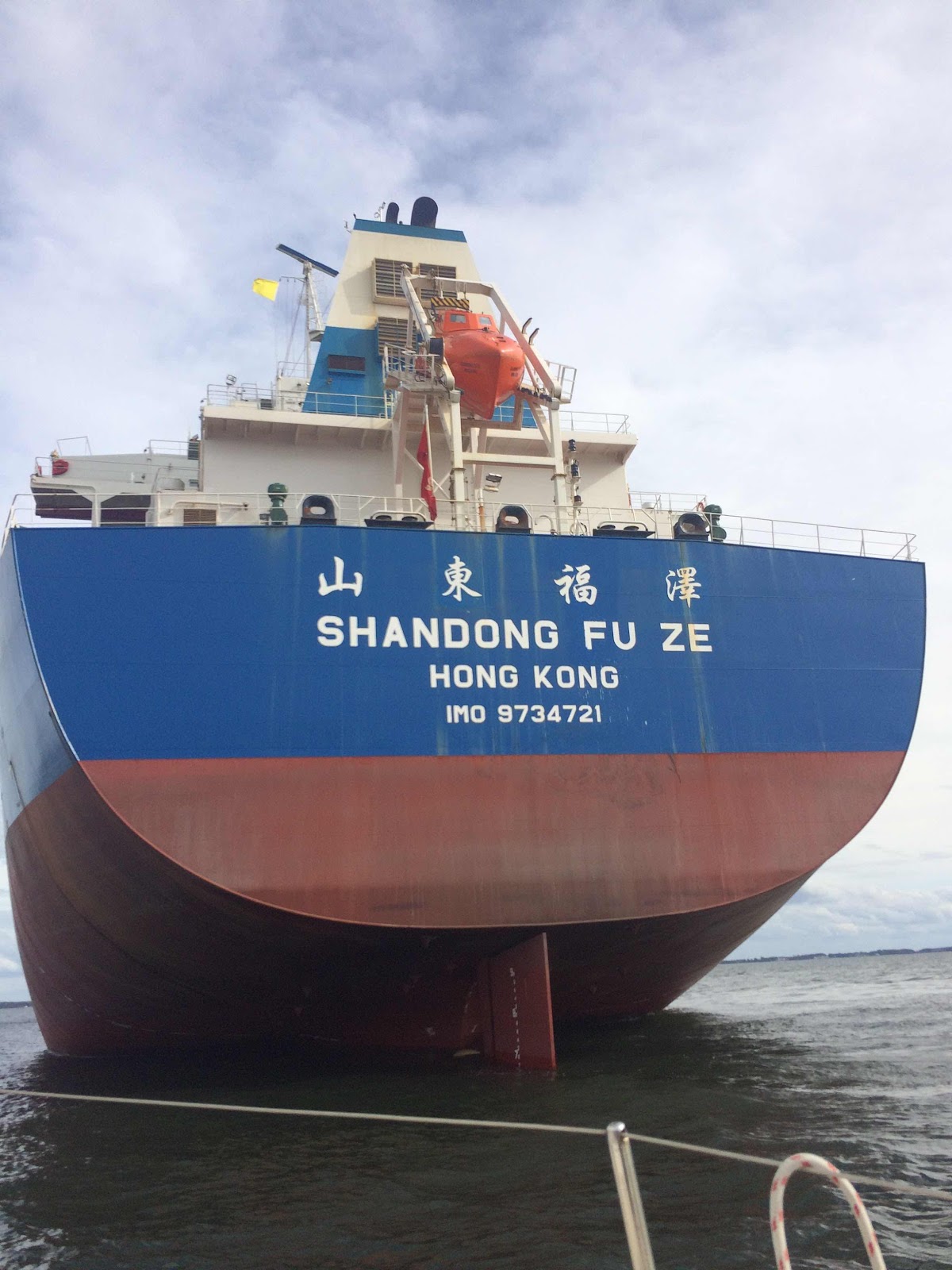 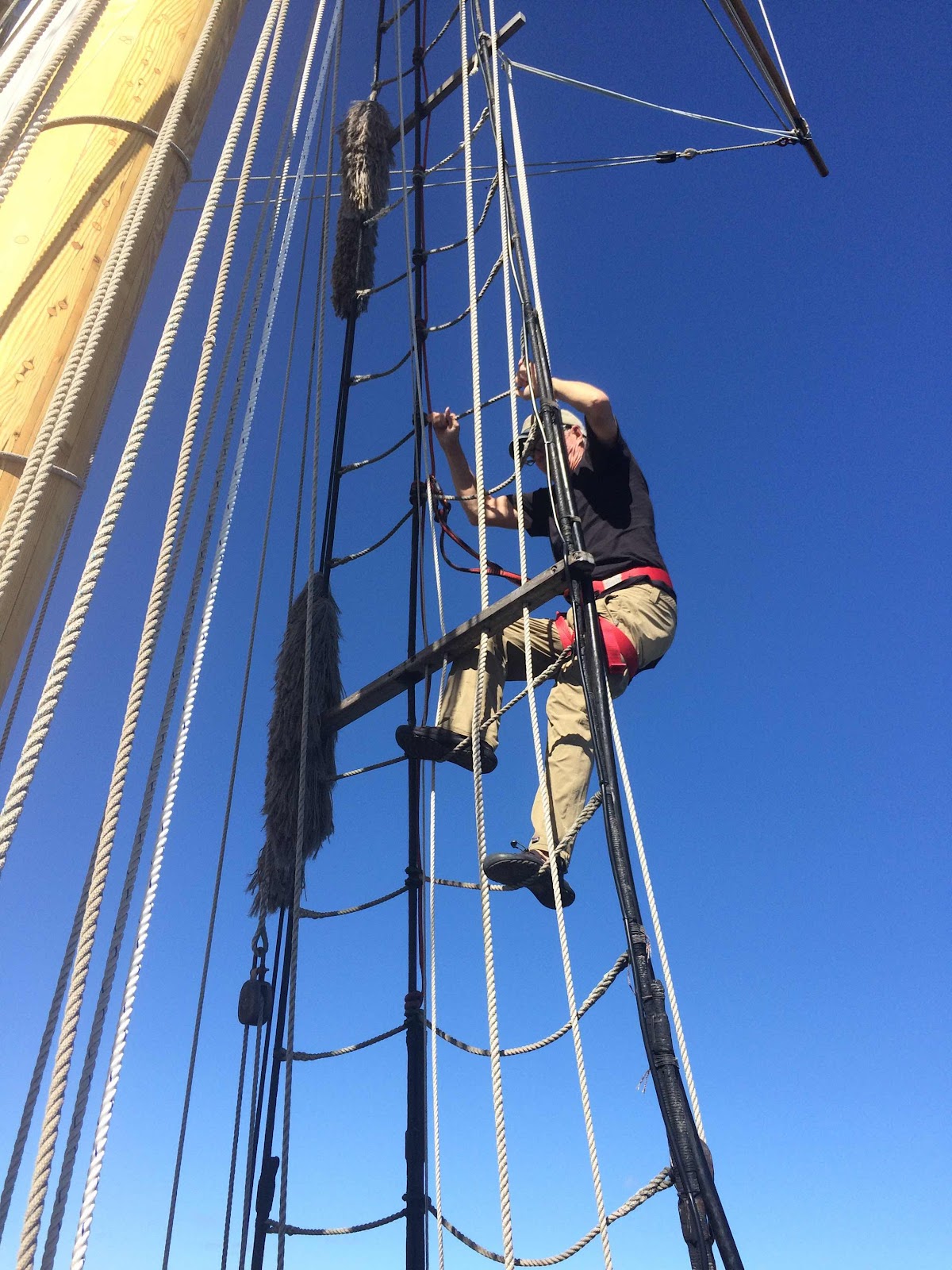 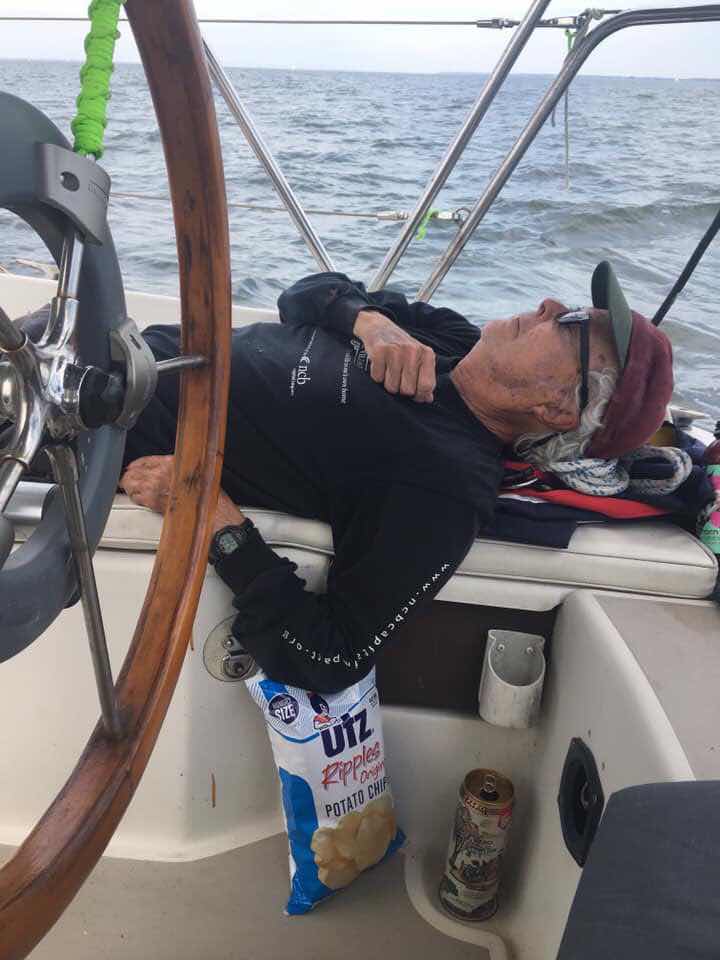 Maybe it’s just my nature—or my karma—to encounter danger, whether at home or abroad. Maybe I should just *sigh*, accept, and endure.

When I get old and check into a nursing home, being pushed around in a wheelchair, I hope that I will finally--finally!--feel safe and secure.

But with my luck, there will probably be bedbugs, head-pecking pigeons, and potholes on the path to the dining hall.

Posted by my alias Amber Jones Adventures at 7:58 PM