We are back at Staniel Cay—the only island in the central Exumas with fuel, water, and groceries. Last time, after dropping Henry and John at the tiny airstrip, we relaxed at anchor for several days. This time, we stocked up on supplies at the tiny markets and are again at anchor, waiting for a calm-weather window to head north. Right now, the wind and currents are powerfully at odds; the boat strains sideways against the anchor line, and we can barely maneuver our dinghy to shore across the swift-flowing water.


The on-shore scene is worth the trip. It’s a party. 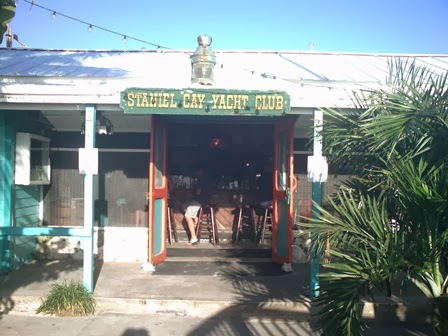 On Monday night, the yacht club was hopping. 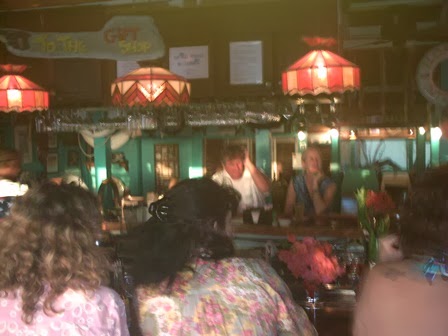 Ladies staying in seaside bungalows outdid each other in makeup and form-fitting dresses; their mates imbibed heavily, served by Carl the friendly bartender. 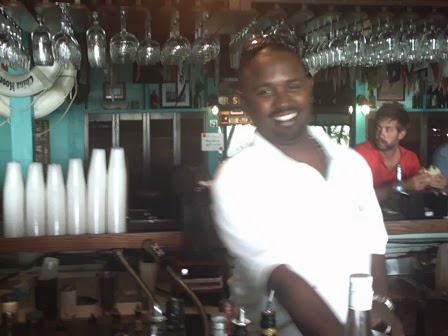 A Darth Vader-style megayacht, sleek black with red lights and crew dressed in black, docked at sunset. Owned by a South American billionaire, we surmised; the crew declined to disclose names.


Well after dark, we left the beach and strugged to steer our inflatable dinghy through the current toward the anchor light at the top of our mast, way out in the harbor—hoping we were aiming for the right boat. 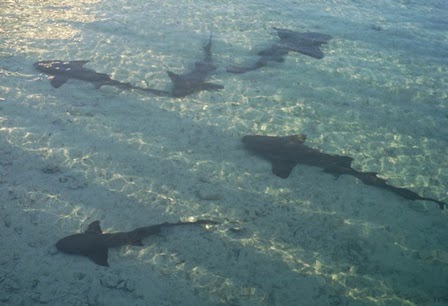 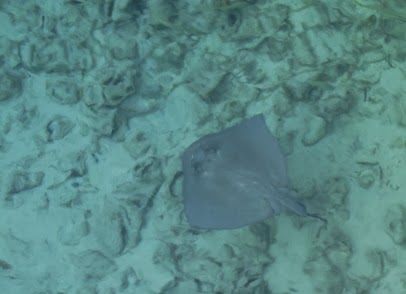 Indoors, the crew of the schooner Liberty sang sea shanties at the top of their lungs after munching on conch sandwiches and real hamburgers—often a rarity on boats. Lyrics about “waiting for weather” and unexpected storms. We could relate to that. 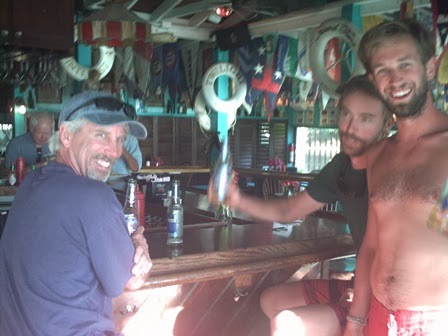 A developer who has worked on many of the islands told us he had mixed feelings about the pace of construction. Mega-mansions are dotting the oceanside dunes; expansive resorts are envisioned; and Aga Khan (grandson of the Pakistani leader known for various quirks) has reshaped the contours of his island. David Copperfield, the developer revealed, built tunnels on his island to store his magician’s props away from prying eyes. (We have enjoyed his shows in the past.) 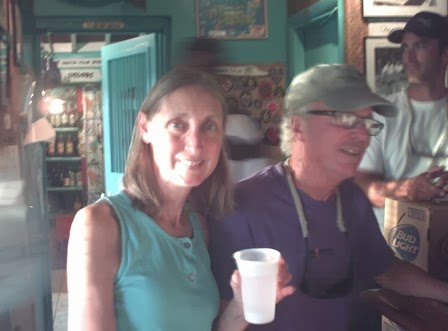 Outdoors, the sound waves crackle with boats calling on VHF radio for space at the marina or fuel dock, and yacht club employees calling for assistance with ice, water, and transportation.  At 5 pm, employees living in Black Point, a settlement two islands over on Great Guana Cay, climbed down a ladder into a motorboat and headed home—a 15-minute trip over the shallows vs. the 2 hours it would take us, with a deeper keel, requiring a long detour into deeper water. 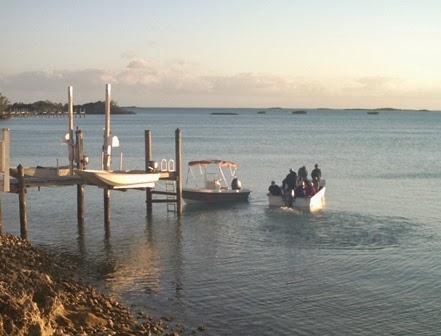 We relaxed on the yacht club patio, enjoying the bustle and the view of our boat, Echo II, swinging in the current (white dot in the photo). This time, we returned just before dark. Wednesday (and the rest of the week) we will continue waiting at Staniel Cay for a calm-weather window. It's quiet and somewhat lonely, with only a handful of boats left. Dozens headed south for GeorgeTown this week on the north wind. We need a south or east wind to head north.