How the Other Half Lives (or, How I Gambled at Monte Carlo--and Won!)

As you know, we are in the south of France, overlooking the turquoise waters of the Mediterranean, busily doing highly intellectual research on How the Other Half Lives. Or should I say, the 1 percent? This region is loaded with wealthy industrialists, financiers, actors, and retired brain surgeons who own the largest, most ostentatious villas, the reddest Ferraris, and the most enticing “infinity” pools. 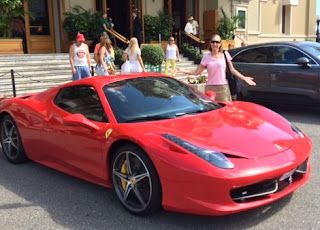 the French Riviera was well known as the home of Brigitte Bardot, Picasso, and Prince Rainier and Princess Grace. Today, many of the “south of Francers” are American celebrities. Like Sean Connery. Tina Turner. Brangelina. And Bill Gates. I was unable to confirm whose houses were whose behind their impenetrable gates and fences and security cameras. I forgot to buy the celebrity-houses map! 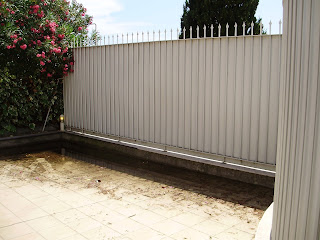 You can view the estates most easily from the water, and there are cruises and maps just for that purpose. Unfortunately the boats weren’t available in our neck of the woods. So our initial forays into research were stymied by mere glimpses of expansive rooftops and swimming pools far below. In order to find out how such wealth is translated into everyday living conditions, however, we needed to get closer. So we headed for two of the mansions that are open to the public. Our purpose was to find out whether money REALLY can buy an easier, more comfortable life. One of them is a reproduction of a Greek villa, built by Theodore Reinach (archeologist/art collector, early 20th century). He was into furniture and statuary. 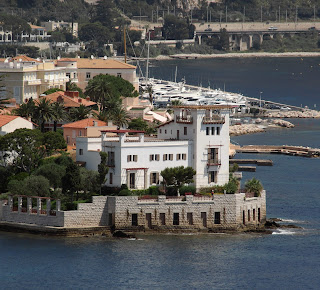 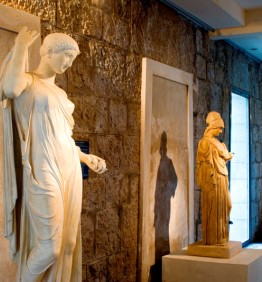 Personally, I thought the house was rather sterile. Too neatly planned and executed, right down to the last mosaic reproduction. How could the children play "tag" without breaking a hand off Aphrodite, or knocking over Dionysus?


In our quest for a more practical millionaire, we moved along to another of the publicly accessible villas (just hop off the bus and pay your admission); this one from the Rothschild family (bankers, also early 20th century). Madame Beatrice liked gardens and fountains and opera. And pink. 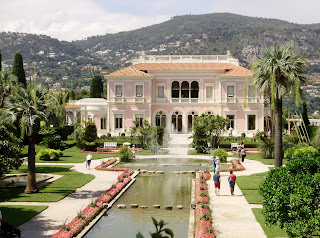 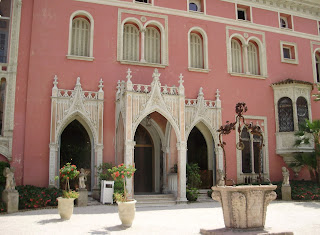 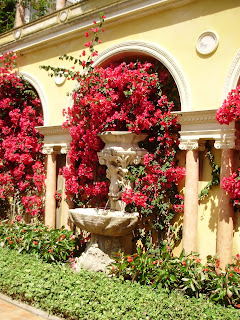 Wanting to get a better feel for life in the mansion, we stayed for high tea on the terrace. Though Pope spoiled the refined atmosphere somewhat by ordering a beer.

Then it was time to find out what else these lucky billionaires do in their luxurious surroundings. Besides strolling in their gardens, cruising on their yachts, and hosting opera in their ballrooms, some of them amble down the coast to gamble in the elegantly ornate (and somewhat dated, I thought) Monte Carlo casino. 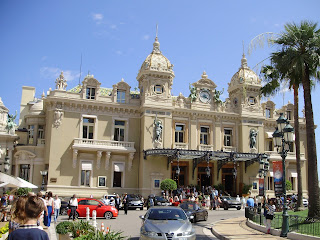 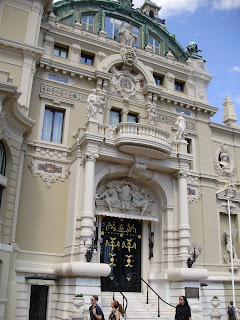 Monte Carlo is the place to see and be seen. Just park yourself at an outdoor cafe and watch the rich and famous stroll by. I sat in the shade a while to study the crowd and analyze the methods of the high-rollers, trying to get the inside scoop on how to win big bucks at the gaming tables. 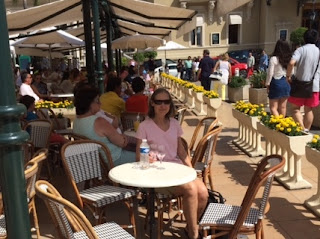 Then it was time to put my lessons into practice: by trying my hand at gambling. Purely in the interest of research, of course. I laid my money down at the Monte Carlo casino—and I won!! 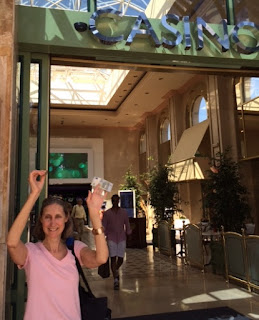 My investment, and my gain, were a mere pittance, of course, compared with the big stakes of other James Bond-wannabes. But surely I experienced the same euphoria that others do when they top off their 750 millions with a few hundred thousand more! I was restricted to slot machines in the separate “public” area (note the comparative lack of glitz in the entrance hall in the photo), because you have to dress up in black tie (which I had unfortunately forgotten to pack) and pay a large fee to enter the blackjack or roulette salons, or even to access the “real” slot machines.


However, with my incredible ingenuity and cunning on the slot machines, I at least left the casino with enough extra cash to buy us a couple of drinks, thinking "so this is how it feels!" (Fortunately some happy hour snacks were included with the drinks, because I didn't earn enough to also buy food.) 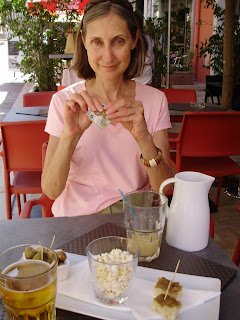 Just down the street from the casino, the finest in diamonds and rubies are on display, awaiting the biggest winners--and their heavily adorned trophy wives (or mistresses). Alas, I could only afford a peep into the window. 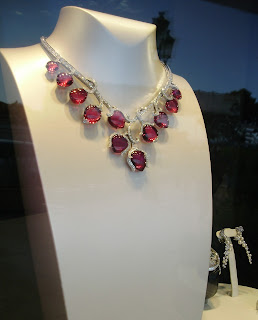 Pope, having disdained the slots and the jewelry stores in favor of a beer on the waterfront, spent the afternoon wistfully gazing upon the finest sailing yachts, without a hope in hell of getting on one. 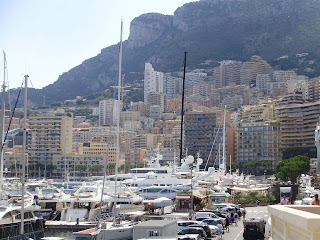 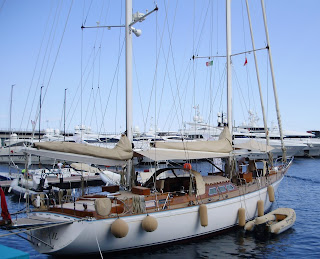 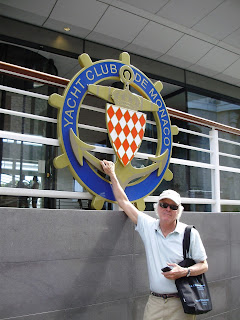 Aha! A clue to family activities among the wealthiest yacht owners. Even rich children have to take sailing lessons before they get a big boat for their 16th birthday. Their little training dinghies get towed back to the dock to keep the little kiddies safe and sound in a harbor filled with giant mega-cruisers. 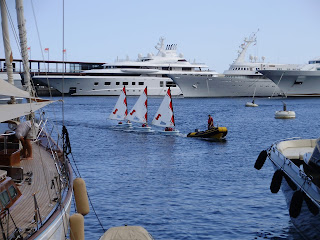 At the end of an exhausting day, we conducted one last mini-study: finding out what it's like to drop a wad of cash on one meal. Our parameters were a bit tighter than those of the millionaires: we limited ourselves to one 30-euro bottle of wine instead of several 100-euro bottles of choice vintages followed by champagne with dessert. Nonetheless, I think we got a good sample of what it feels like to be at least rich, if not famous. 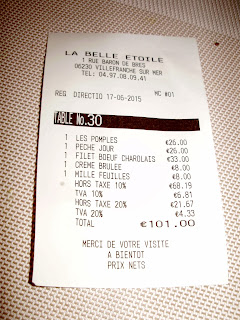 Naturally, being our normal thrifty middle-class selves, we didn't waste a single scrap. 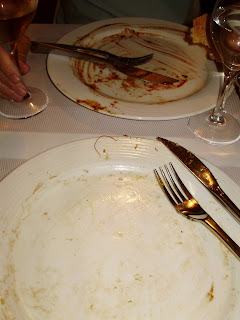 Posted by my alias Amber Jones Adventures at 10:17 AM