The Real Deal: A Chateau in Southern France

I was still on the train when Pope sent me a text:  “Boy are you going to flip out when you see this, it’s the real deal.”


He had arrived before me at our destination: a chateau near a small hamlet in the Var region of Provence. I thought he meant that it was an elegant Rennaissance chateau featuring ballrooms and wealthy aristocrats, and that I would need my diamonds and pearls. Maybe an evening gown!


The train had been exasperatingly slow (and had gotten very warm) when it finally pulled into the Les Arcs station, a ways northwest of St. Tropez--40 minutes late. No time to cool down! Pope and his friend Sally pushed me into a rental car and whisked me away to Le Logis du Guetteur, a highly rated restaurant in a nearby village. The countess (owner of the chateau) was waiting!


I met the countess over dinner on the restaurant balcony: an older woman in a nice Sunday dress. No diamonds or pearls, and none on the other diners either. 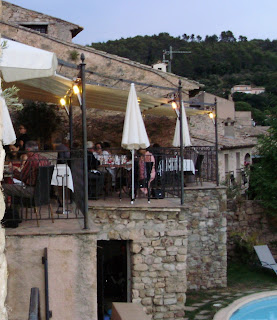 I didn’t see the chateau grounds until late that night. They were indeed the “real deal”—but not a shimmering castle with princesses fleeing at midnight. Instead, an authentic working winery, and an estate steeped in history, with iron gates, formal garden hedges, and stone buildings dating from the 1700s surrounded by miles of vineyards. No tourist trappings here! 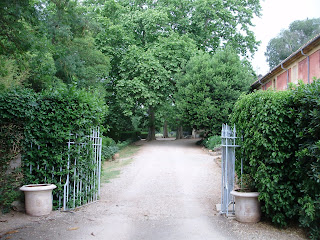 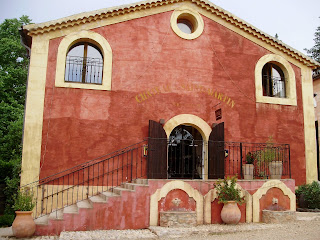 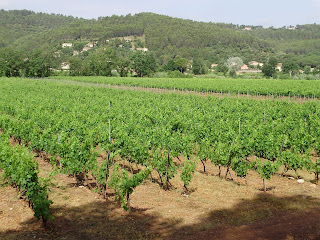 Wine has been produced on the site since about 400 B.C., archeologists concluded after examining the remains of a Roman villa found on the property. 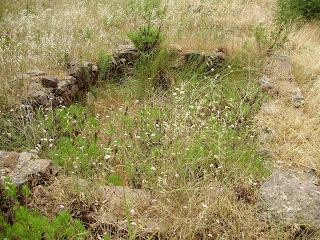 The first of the existing buildings were built by wine-producing monks from the 12th century; the wine casks they used, of Hungarian oak, are still in the wine cellar, called the wine cave. 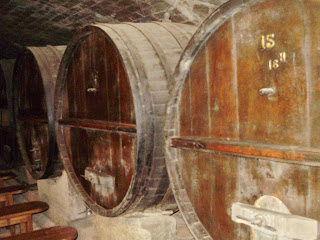 The elegant chateau came later, constructed as a wedding present for a Frech aristocrat. Finally, the present family took over and transformed the estate into one of the Var’s producers of fine wines, particularly rosés, which are specialties of Provence. The buildings are impressive--imposingly large and a faded but pretty pink. Furnished with original furniture, now antiques, a wine cellar and processing facilities, and most likely serious maintenance and repair challenges. 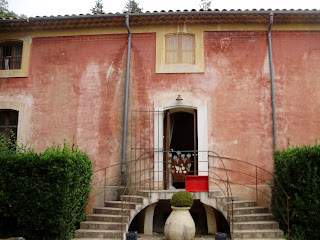 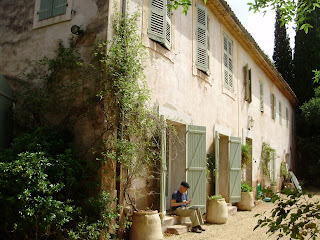 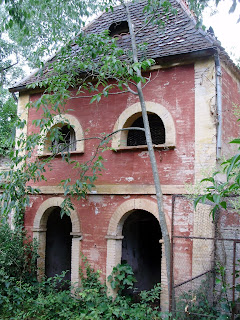 We were there as guests of the countess, courtesy of Sally, who has known the countess for 30 years. We were invited to stay in the “big house,” the chateau, where the countess lives on the top floor. The first and second floors are bed & breakfast rooms. 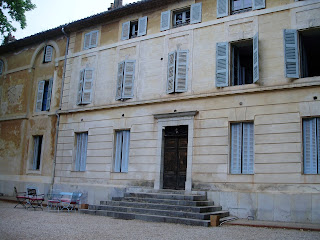 Our room, appropriately, was furnished with lacy lamps from the 1800s, a wooden valet (a piece of furniture over which one hangs one’s trousers), a really old writing table, and an antique chest of drawers. Finished with flowered wallpaper. 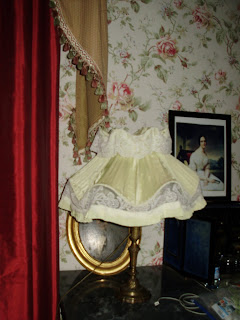 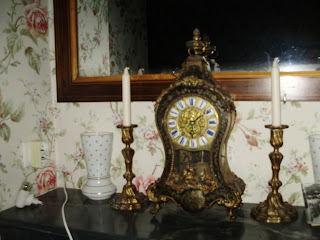 But wait, there’s more: breakfasts and dinners on the terrace, next to an old stone wall and beneath a canopy of vines. With the second generation of the family. Not many tourists get this experience! 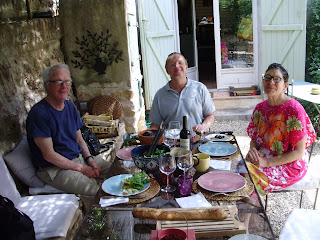 Luncheon the first day was in the garden, with visiting wine merchants, at a long table surrounded by trimmed hedges, under a red sun umbrella. Wine flowing, bottle after bottle. Laughter and smiles. Our own "year" in Provence! A truly European affair on an ancient estate. 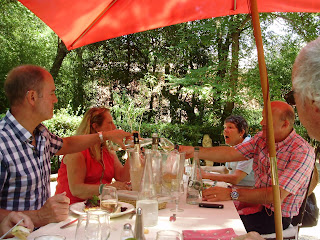 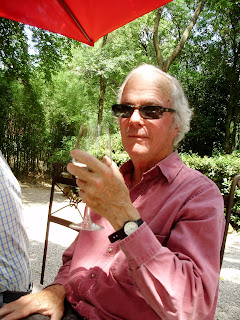 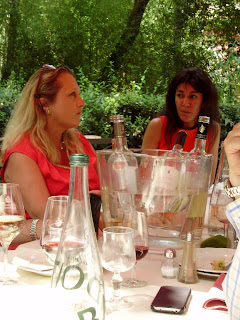 Luncheon another day was at an even more ancient estate high up in the Haute ("High") Provence mountains--a renovated 10th century priori with an arched chapel converted to living room, round tower converted to bathroom/furnace room, surrounded by sturdy stone walls and prayer gardens. 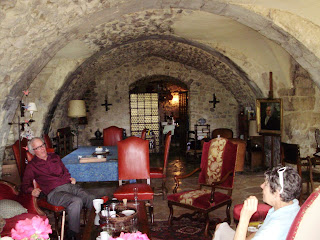 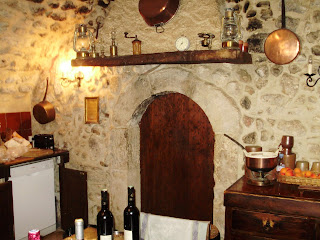 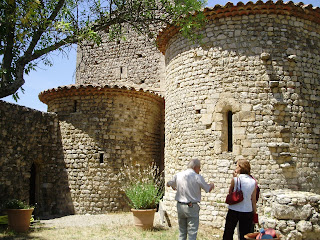 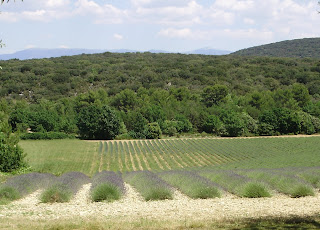 There’s more to tell: a swimming pool, Roman ruins, family relationships, red dirt, thunderstorms, lessons in wine varieties, tastings of vintage wines. Fresh fruit and vegetables from the local outdoor market. But I’ll stop for now, because we are helping to prepare dinner--to be served on the terrace again--and leave at least some things to your imagination!
Posted by my alias Amber Jones Adventures at 2:16 AM