During my years at the National Science Foundation, I often publicized scientific research in Antarctica, as well as the resourcefulness and courage of the scientists and support staff. When we landed on the South Island of New Zealand, I clamored for a visit to Christchurch, where personnel were routinely outfitted for Antarctica and loaded onto transports for the long and risky flight to the Southern Continent.

In 2010 and again in 2011, Christchurch was hit with major earthquakes. In 2011, two buildings collapsed completely, and 185 died, memorialized by 185 white chairs. 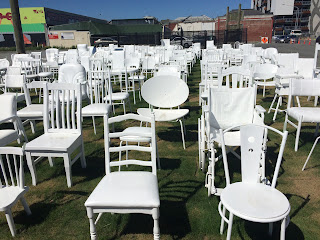 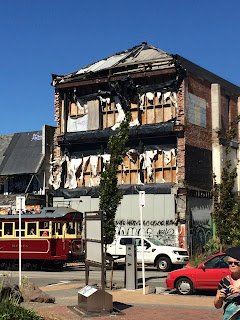 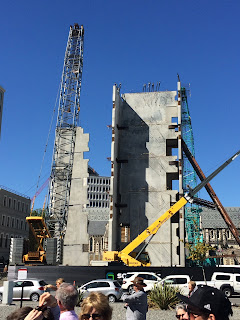 Downtown businesses are temporarily housed in discarded shipping containers and moved around as reconstruction progresses. 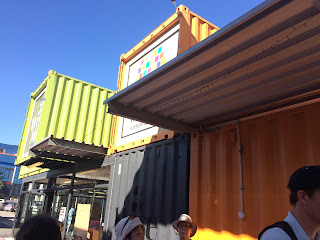 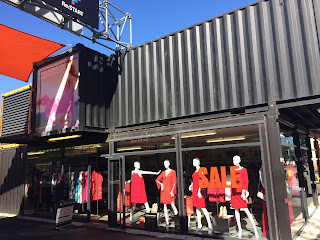 The new-ish art gallery of glass and steel, supported by dozens of isolation chambers beneath the ground floor, lost only one pane of glass! But the ground underneath liquified, causing tne whole buulding to lean and a four-year closure while engineers tunneled underneath to shore up the foundation. 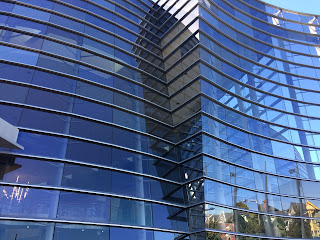 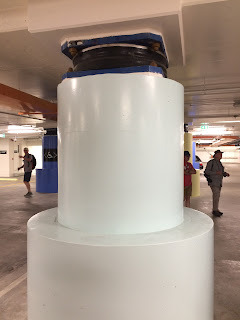 One end of the iconic cathedral collapsed. The beautiful stained glass window survived. During the debate between the Catholic Church and historic preservation groups about whether to demolish or rebuild, scaffolding was efected to shore up the remaining walls. During an aftershock, the scaffolding shifted and smashed through the stain glass. Oops. 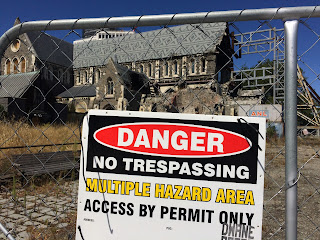 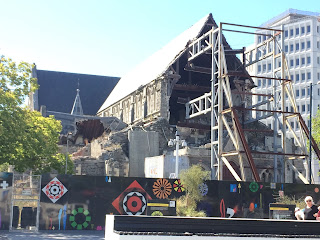 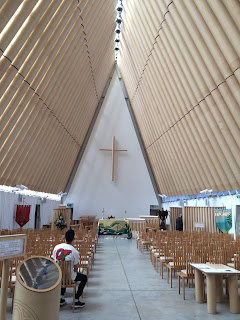 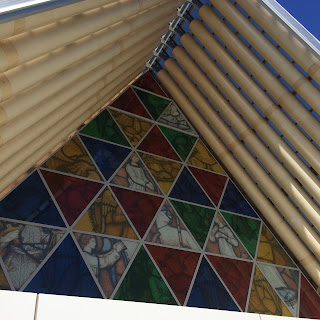 Hotels now advertise their seismic rating (see the bottom of the list in the billboard). 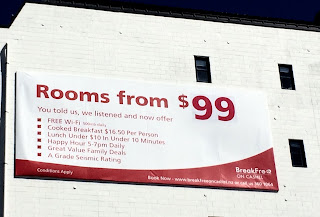 Pope and I have become fans of the free walking tours in cities around the workd, often conducted by students for tips only. We learned enough to skip the city and earthquake museums, and spent the afternoon instead at the Canterbury Museum and Botanical Gardens. I was fascinated with the Antartica exhibit, which includes artifacts from Scott's and Shackleton's attempts at the South Pole and video footage of the 2005 Antarctica Journey.

Outside, the big trees that serve as a touchstone for some Antarctica personnel still stand majestic, symbolizing endurance. 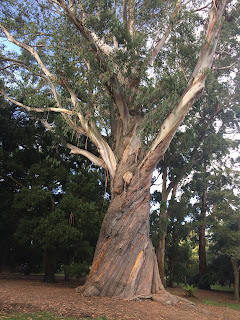 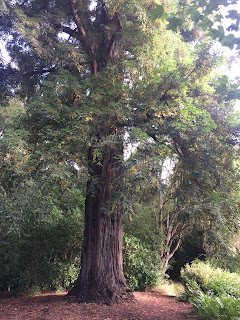 The rose garden and other botanical exhibits were in early fall bloom, symbolizing renewal and re-growth. 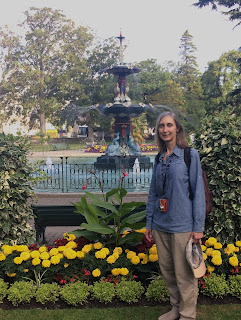 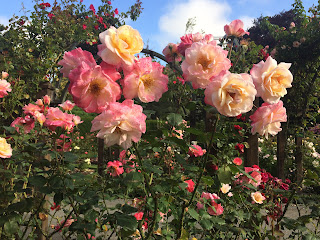 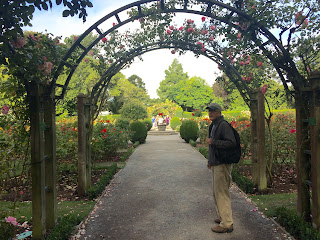 Posted by my alias Amber Jones Adventures at 10:04 PM