Bottom of the Bahamas

We finally made it to George Town, Exuma, Bahamas. 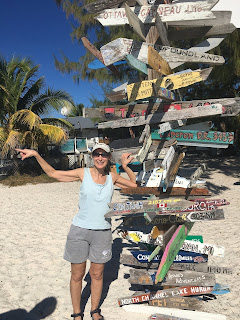 Within an hour we were back in Nassau, begging for a mechanic. And there we stayed, charter members of the Broken Down Club, at Harbour Marina and later Rubis' fuel dock. 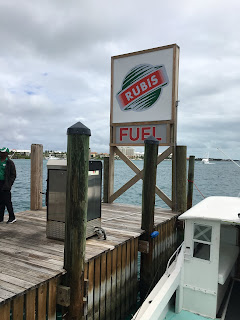 The whole sorry tale of engine evisceration and electrical eccentricity was recounted in this blog, for those who are new to my tales of woe on the high seas.

In our second attempt, we headed south on Echo II--only to turn around at Savannah, Georgia, foiled by the detritus of Hurricane Matthew. And more than a little ICW fatigue.

2019. A new strategy: American Airlines and Sea Horse, our friend Mike's boat. Mike did the ICW, the Gulf Stream, the Tongue of the Ocean. We flew in for the vacation. Hopped off the plane onto the boat. 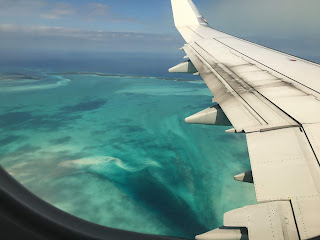 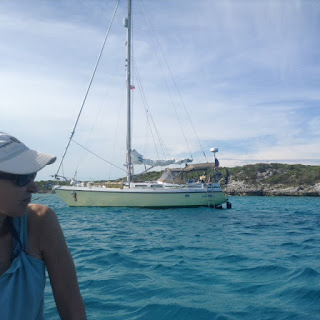 Technically, George Town, spread across Grand Exuma and Stocking Islands, is not at the bottom of the Bahamas. But it was our southernmost target in 2014. Here we were, finally, in 2019. 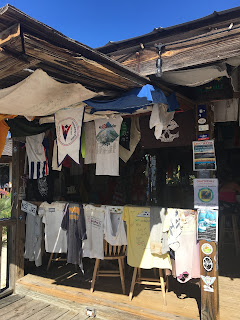 It was not as exciting as what I expected from the glowing tales of cruisers five years ago. There were drinks, beaches, fellow sailors, volleyball. There was no yoga. I checked out a guitar/ukelele lesson on the beach, but there were no extra instruments, and I hadn't brought mine. 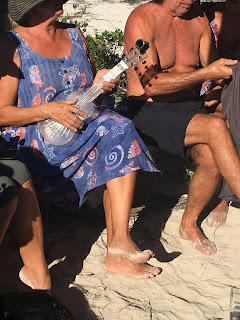 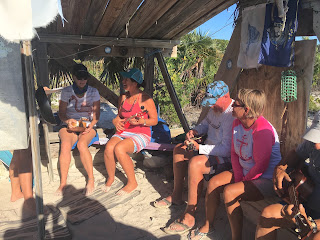 For exercise I swam to shore from the anchorage. Spotted three sea turtles and a sting ray. 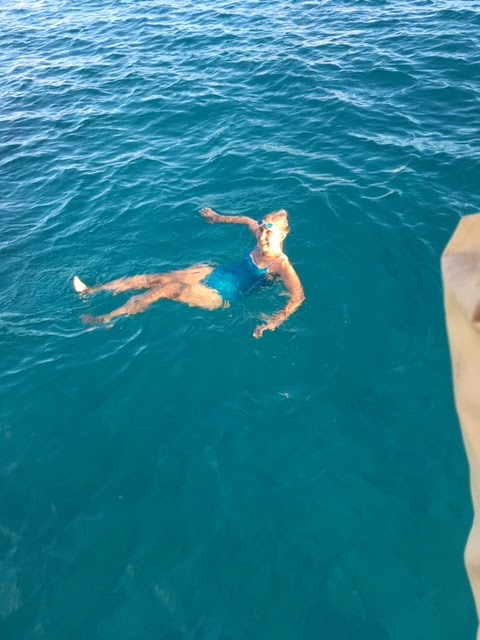 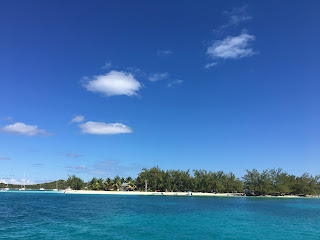 Pope treated me to a lovely night in a beach resort, with plush terry bathrobes and a balcony over the turquoise water. 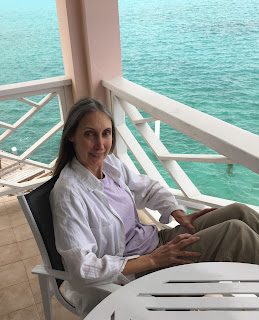 The rest of the time, we slept, ate, peed, read books, and sailed on Mike's boat. It was not Echo II. It was only partially our cruise. But we finally accomplished a longstanding goal: we made it to the sailors' playground at George Town. 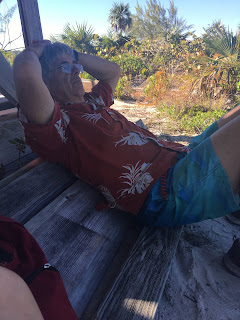 Posted by my alias Amber Jones Adventures at 8:17 PM