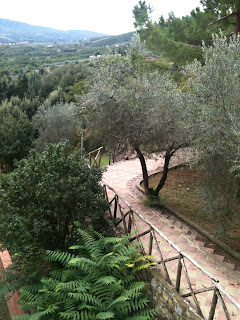 After one last lingering view over the sunny olive groves of Umbria, I dug my down jacket and rain poncho out of the bottom of my suitcase, flew to London, and hopped a northbound train. Thus began the third phase of my European venture. 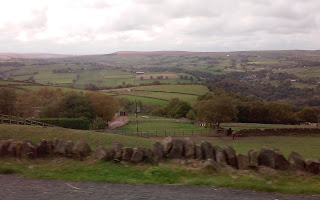 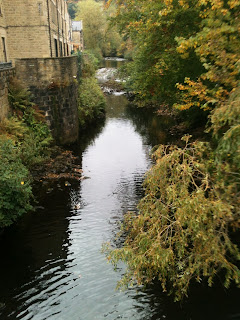 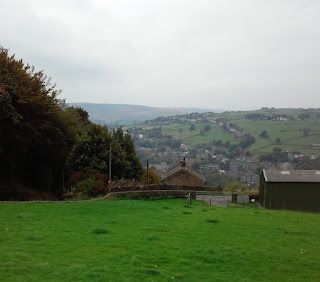 Having friends in Yorkshire induced me to head north instead of waiting in long lines at the usual Tate Modern and Tower of London. Liz Justin was one of my few friends in a tough, working-class high school. Together we graced the high school pool with synchronized swimming routines.   (Yes, just like Esther Williams. We were ahead of our times--now it's an Olympic sport!) We humiliated ourselves in the senior class talent show, wagging our asses to the tune of “How Much is That Doggy in the Window?”


Having briefly reconnected with Liz at the 25-year Hazel Park High School reunion, I longed to visit her new environs in northern England. She had married Ian, a Brit, and followed him to the land of America’s heritage. 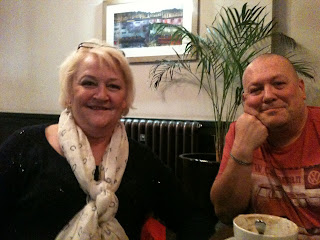 ﻿
A land of ancient furrowed fields; soot-streaked, centuries-old stonework; and walls without mortar. 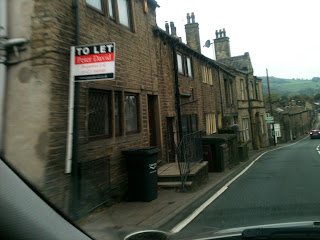 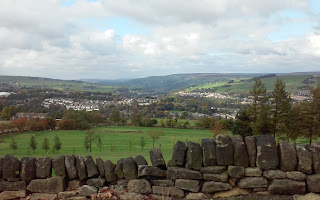 Transportation in Yorkshire was easy—Liz and Ian picked me up at the Brighouse station and drove me around. Or should I say, took me on a wild and crazy tour of hairpin turns on one-and-a-half-lane roads. 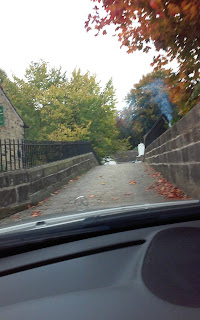 There was plenty to do, i.e., eating and drinking in pubs with loads of old-English atmosphere. With heavy wooden benches like church pews, brass beer pulls, and names like “The Woolly Sheep," "The Cock and Bottle,” “Old White Beare,” and “The Butcher's Arms.” 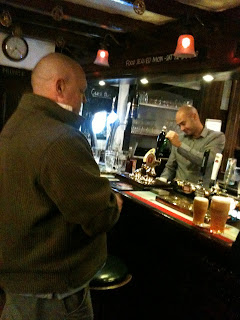 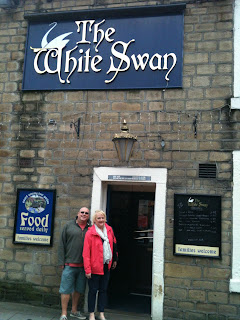 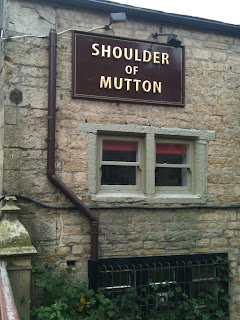 They took me to Hepden Bridge--a bohemian enclave of psychics, artists, and lesbians.

They took me to market. Stalls line the streets of Skipton every Saturday morning, offering wares from ceramic bottle stoppers to woolly scarves and Christmas sweaters. Each town boasts a number of “charity shops” selling second-hand goods. I picked up a leather purse for 3 pounds and a pair of “braces” (suspenders) for Pope.
They showed me the live-aboard boats on the English canals—built low and long in order to fit under the ancient arched bridges, outfitted with wood stoves and a chimney pipe for winter warmth. 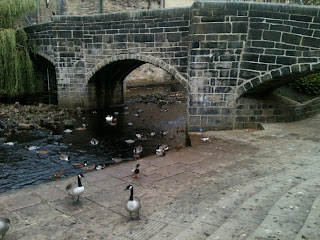 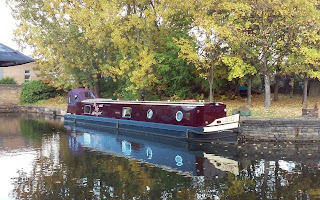 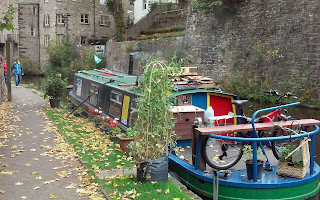 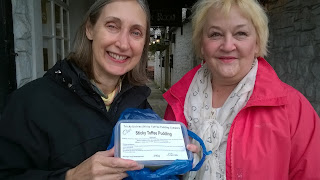 They didn’t even laugh at my more radical New-World ways, such as wanting to take photos of sheep and phone booths or to walk off some calories after a heavy meal. Or asking for a cookie instead of a "biscuit." (After all, Liz was a newcomer herself less than 10 years ago.) 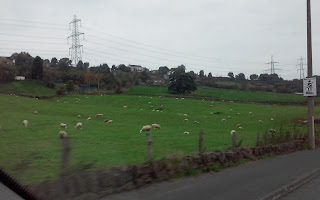 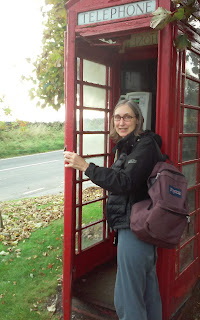 In turn, I put up with some odd English quirks: puzzling signs, driving on the wrong side of the road, soap in the shape of cupcakes. 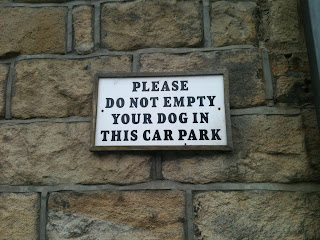 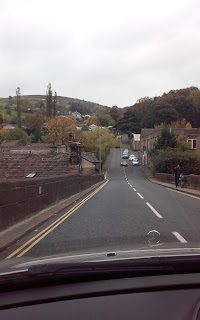 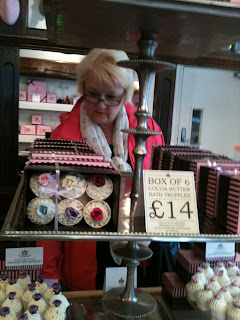 Not to mention that totally unsanitary and old-fashioned habit of allowing pets in pubs! Why, it's no better than being in France! 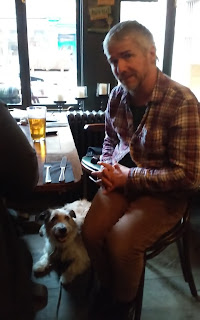 Posted by my alias Amber Jones Adventures at 7:16 PM