Yoga: A Path to World Peace

I don't believe in taking ordinary vacations. Just ask Pope, who is always trying to get me to do the usual things (like sailing across the ocean to Cuba...). 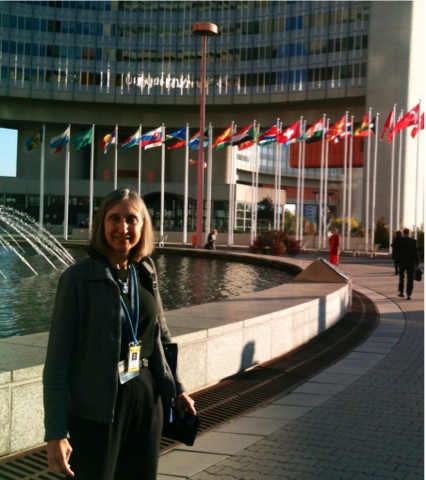 This time, I travelled to Vienna, Austria, to participate in a world peace conference at the United Nations.

I often travel for Yoga in Daily Life events. Ours is not an ordinary American-style yoga center a la fitness classes operating under the yoga umbrella. We are an international spiritual and humanitarian organization with a living guru descended from a long line of gurus.

Some of you may remember my journey to the United Nations Sustainable Development Summit, Rio+20, in Rio de Janeiro a few years ago. I accompanied Swami Maheshwarananda, who is my personal guru and the founder of my yoga system, Yoga in Daily Life; at that conference, I supported him with public relations work.

He is also the founder of a world peace council, and succeeded in lobbying the United Nations in Vienna, Austria to host an NGO (non-governmental organization) conference--the first NGO event held under that roof, apparently, so quite a coup. The conference theme was "Yoga: A Path to Peace," i.e., inner peace leads to outer peace and, on a large scale, can change the world. Official description of the conference here:
http://www.worldpeacecouncil.net/activities/forums-conferences-celebrations/1826-remarkable-peace-gathering-at-the-united-nations-in-vienna

The official event occurred on a Friday. The unofficial conference activities continued over the weekend with a seminar in Strilky, in the Czech Republic, where Swami Maheshwarananda, 800 Yoga in Daily Life practitioners, a few of the conference speakers, and VIPs from India gathered at a large, rambling manor house, undoubtedly of a former aristocrat or lord, now converted into a large, rambling ashram. 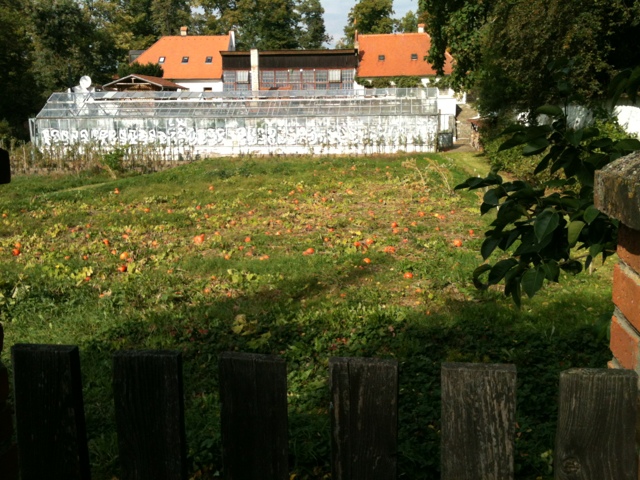 It is a beautiful setting, with apple trees, an organic garden, trees, and dorm rooms in the converted manor house. Yoga and meditation seminars are held here frequently. 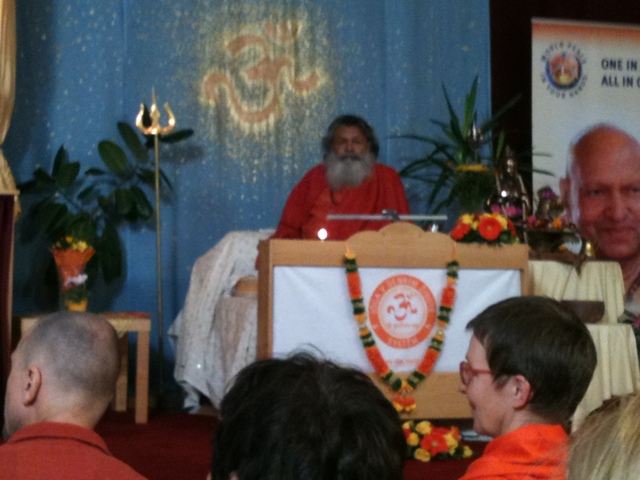 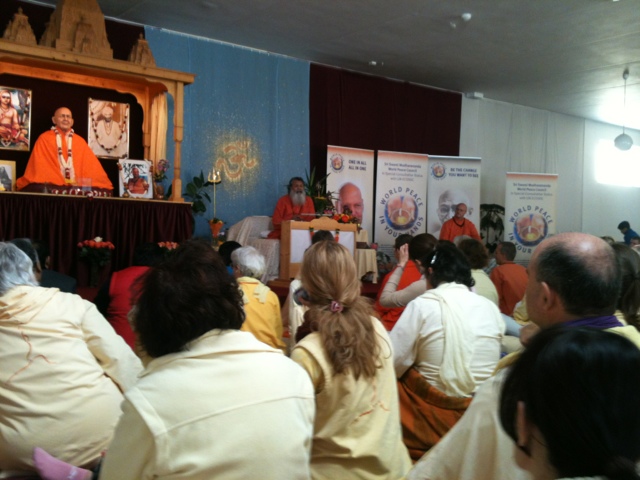 At the seminars, Swami Maheshwarananda leads us in practicing meditation and asanas and imparts wisdom, spiritual knowledge, and advice for a happy, healthy life. 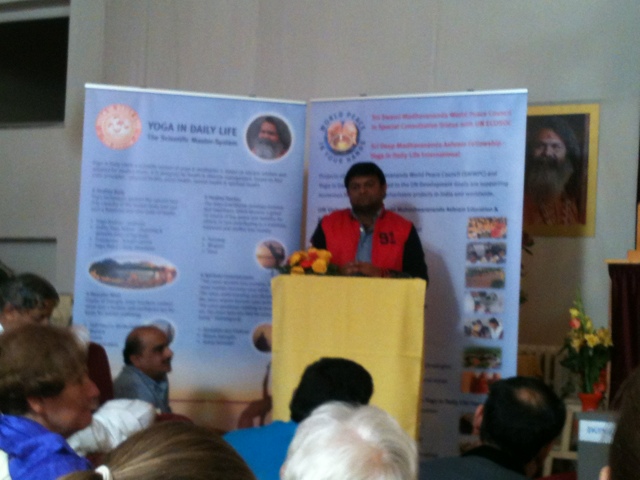 On this occasion, we also heard from speakers on the scientific research on yoga and meditation, the global requirements for reducing conflict and achieving peace, and the relationships between religions. 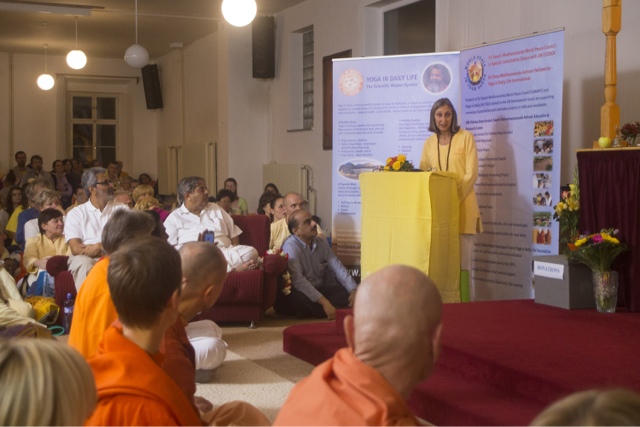 As the US delegate, I spoke to the audience about the popularity of non-traditional yoga in the United States, its entry into the White House via Michelle Obama, and how yoga practitioners in the US can help to promote peace.

Sunday afternoon many of us returned to Vienna via carpools, and I am now ensconced in the Vienna ashram, discussing the future of the world with Swami Maheshwarananda; practicing asanas with Slovenians, Slovakians, Austrians, and others; and washing dishes. 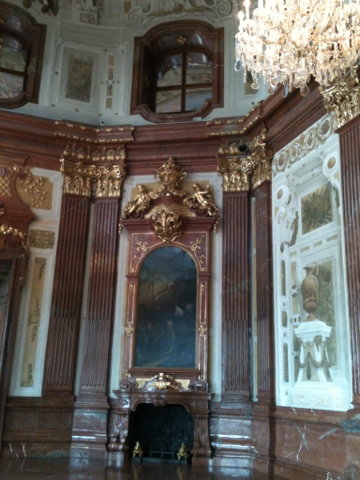 After four intense days serving my guru, his cause, and his ashrams, practicing yoga and meditation, and rushing around, I claimed a need for a break and today headed out for a few hours to see the glitz and glamour of Vienna. 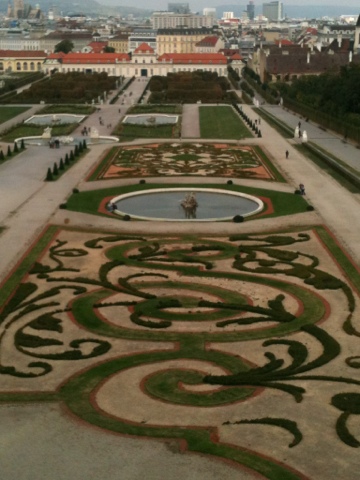 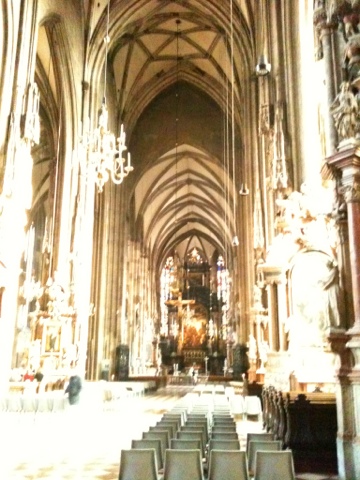 To my surprise, news of my impending arrival had preceded me, and the city had rolled out the welcome mat. 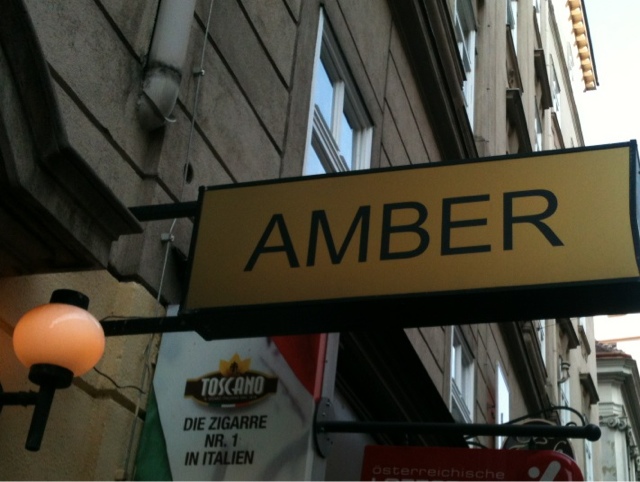 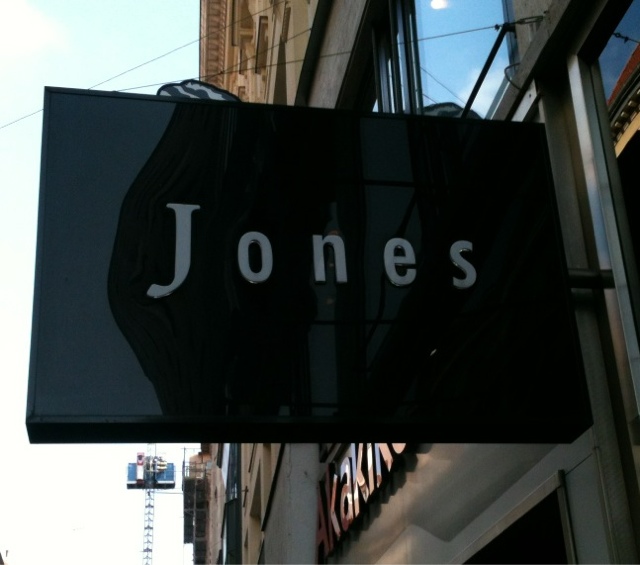 I went out of my way to see the mighty Danube before heading back to the ashram to again leave the outer world outside and re-immerse in the inner world.

Posted by my alias Amber Jones Adventures at 5:32 AM