This (see diagram) has pretty much been our life the last two weeks. Time to branch out, get out and about! 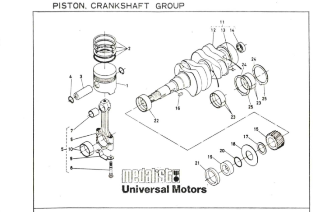 Though Nassau wasn’t our destination, there are worse places to be stuck.


The sewage stinks as it’s dumped into the harbor. Trash lines the streets. Locks and bars on the shops and serious barbed wire corroborate the headlines about shootings and robberies. Half of the buildings downtown are boarded up.


On the bright side, the sun shines. There are 11 beaches on New Providence Island and six across the bridge on Paradise Island. People say “good morning” and help you find your bus. Bus drivers go out of their way to drop you at your destination.


Once we got the engine out, and the boat cleaned up, I enlarged my focus. No reason to let my mind turn to mush lollygagging about the dock. Let Pope handle the diesel mechanics. Time for a vacation.
I took a wonderfully relaxing yoga class and vegeterian meal at the Shivananda ashram, which I discovered 30 years ago on another trip to Nassau, while walking up the beach from a hotel on Paradise Island. I’ve always wanted to return. 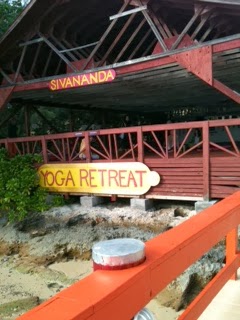 I walked the beaches and swam at two that seemed relatively clean—Nirvana Love Beach and Jaws Beach (where Flipper 3 was filmed), both on the west coast. 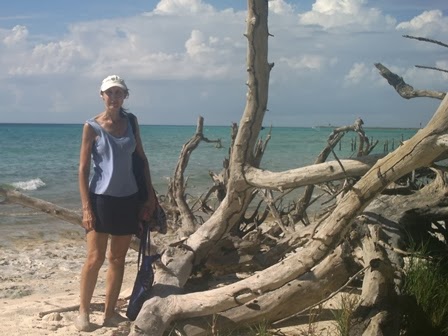 Judy and Dave from the sailboat Wren joined Pope and me to see ruins from the colonial and Lucayan periods at Clifton Heritage Park, on the southwest corner of the island. 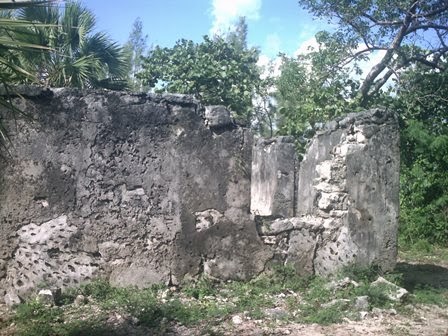 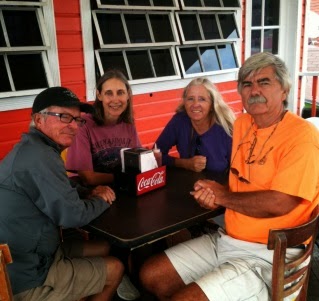 Pope and I strolled to two forts from the British colonial period. 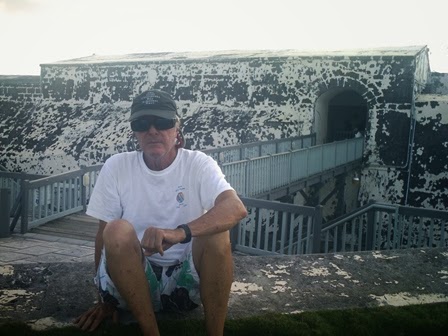 Today, I was welcomed as a guest at the meeting of Achievers of Excellence Toastmasters club, which meets at Princess Margaret Hospital in downtown Nassau. A few customs different from ours: banging on the table in lieu of clapping hands; addressing each other by last name--I was "Toastmaster Jones"; formal parliamentary rules used at the meeting, including taking minutes and approving them.

Tonight, happy hour at a boaters' restaurant near the docks.

Posted by my alias Amber Jones Adventures at 6:17 PM