Near the bottom of South Carolina, in the coastal swamps known as the Lowcountry (Forrest Gump country), historic towns line the Beaufort, May, Savannah, and Wilmington Rivers. Tides rise and fall regularly up to 10 feet; even more during the “supermoon” of November 13-14, 2016. Sunsets magnify the golden hues of the marsh grasses. 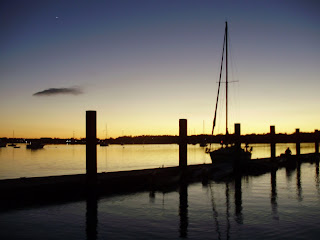 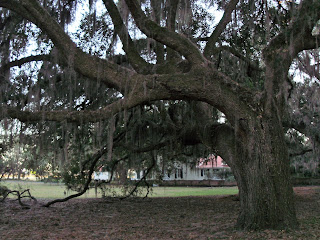 Some are relatively modest mansions, of moderate size. 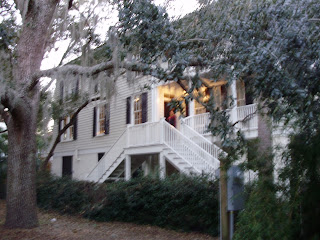 Others are true bastions of history. Solid. Imposing. Massive. Evoking images, on the surface, of a genteel Deep South, and deeper, more disturbing images of thousands of slaves on rice plantations. 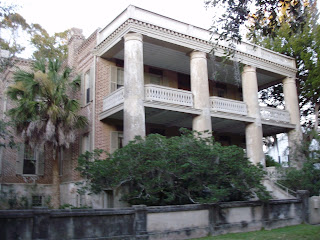 Pope's paternal ancestors hail from the Lowcountry: his grandmother's family home on the edge of a square in Savannah; Barrow cousins living on the grounds of Wormsloe Plantation, Isle of Hope, now open to tourists.

We are at rest, anchored next to the city of Beaufort's waterfront park. (This South Carolina town is pronounced “BYOO-firt,” as opposed to “BOH-firt,” a city of the same spelling in North Carolina.) We are waiting for Pope's annual family reunion on Thanksgiving, drifting leisurely down the coast, hanging out. Two weeks in the Lowcountry, filled with old friends, new friends, walks in the parks, biking to islands to marvel at the hurricane damage, and leisurely hours onboard, engrossed in books. 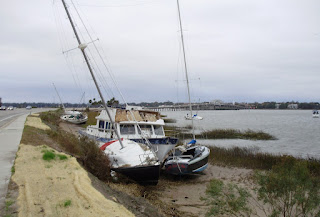 Those of you who followed my blog in earlier years might expect the rigors and risk I normally experience on the boat. This year, I left many of those to Pope and a friend, who took the boat from Chesapeake Bay to Charleston. With true prescience (and wisdom, I think), I boarded a luxury cruise liner in New York, headed to England, and missed three weeks of the usual worries: rain, mosquitoes, canned food, a bicycle dropped overboard (later salvaged), an expensive spotlight at the bottom of the sea, grueling days with little sleep, anchoring nightmares.

In contrast, my portion of the trip so far has been fun and games. Well, almost.

We docked in Beaufort long enough to celebrate my birthday (6 decades, give or take a year) with George and Lillian, a distant cousin of Pope and his wife, and new acquaintances Bill and Kendra Cheney. Cheney is the author of “Penelope: Down East,” a book about sailing the Maine coast. 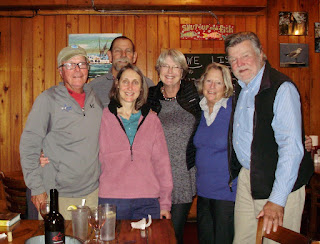 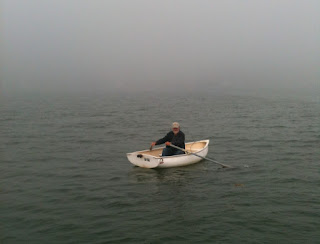 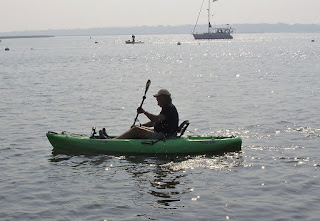 Seeking exercise, enlightenment and good taste, I paddled the kayak, perused the used books in the local library, and stopped in at the gourmet chocolate emporium. I am considering a yoga class. 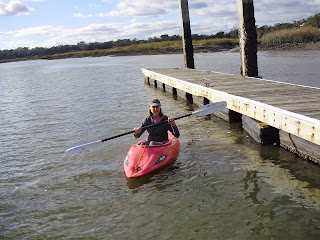 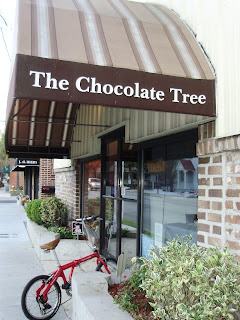 In the anchorage, people stopped by in dinghies to say hello: sailors en route to the Bahamas (aren't they all, on the ICW?), including friends of friends we met there in 2013-2014. It's a tight community.

In contrast to previous all-work-no-play days, there have been only a few minor blips in serenity since I arrived. One is the continued down-coat-and-knit-cap weather. Another is the challenge of eating vegetarian after Pope and his crew filled the holds with dozens of cans of pork and beans, beef chili, beef stew, and corned beef hash.

Another hiccup in the calm, as always, is anchoring. Pope and I engage in back-and-forth “dialogue” every evening: here, no, over there, we're too close, it's too deep, it's too shallow, stay out of it/I am the expert. When the tide turns, the boat twists 180 degrees, risking the anchor's hold on the bottom. Sometimes we wake up to a surprise.

I won one such evening tete-a-tete: by morning, we had drifted too close to the oyster beds at the edge of the marsh, and to a buoy line behind the boat--just as I had predicted. Pope also scored a partial victory: although we had inched up close to shore, there was still enough water beneath our keel. As for the buoy line, though, it was under our stern. Before starting the engine, Pope had to don wetsuit and goggles and dive into the 60-degree river to check whether or not we were tangled. Then, after lifting the anchor, we slowly, carefully drifted away. 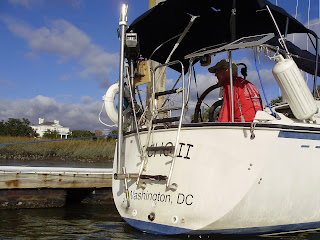 Posted by my alias Amber Jones Adventures at 9:06 AM