According to The New York Times, creating fake news--i.e., lying--has become de rigueur. It is pervasive, and, apparently, accepted by a large percentage of the population.

Naturally, I want to conform to societal norms and be one of the crowd. I guess that means being disingenuous in making promises, coming up with some totally fabricated name-dropping to throw out at cocktail parties, and otherwise making up stories that make me look good and blame my troubles on somebody else. So here goes: totally fabricated stories about what could have happened during the last few days of our 2016 cruise on the Intracoastal Waterway (ICW). Leaving you to ponder: truth or fiction?

We entered Georgia waters expecting to be coddled with good ol' southern hospitality. Instead, we were instantly challenged to find any water deep enough for a boat. The Georgia legislature, it seems, is broke and politically in shreds. No one is willing to vote for expensive projects such as dredging and charting waterways and harbors. 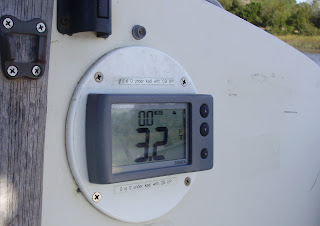 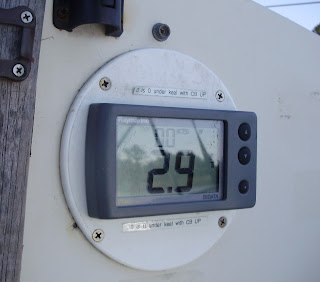 As the number on our depth sounder (which measures feet of water under our boat) dropped down, down, down, I uncharacteristically lost my composure. When it reached 0.6, I descended into full-fledged hysterics, leaving Pope to cope with bumping the boat along through sandbars and mud flats. 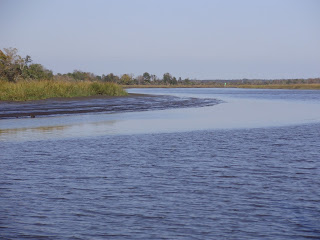 By some miracle, we avoided running aground. We crossed the broad (and deep) Savannah River that flows to the Atlantic, hopping and skipping out of the way of large freighters that barely missed us by inches. Since they travel at 10 times the speed we do, and are roughly 1,000 times as large, steering quickly out of the way of a small sailboat is not their strong point. 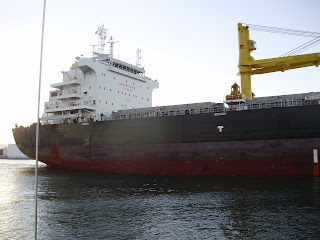 The next thing we knew, a northbound sailboat came veering toward our bow, its skipper frantically shouting above the wind: “Bridge closed! Turn around!'

Swing bridges and draw bridges are common on the ICW; in fact, there are roughly five or six dozen erected across the waterway just to vex cruisers like us. At each bridge, we have to call the operator on our VHF radio, then wait, and wait, and wait, for traffic to be stopped and the center of the bridge opened, while motoring in circles, often in strong wind and current. At the one shown below, for example, we waited roughly 30 minutes. Multiply by 75, and you can see why a cruise on the ICW is a long, slow burn. 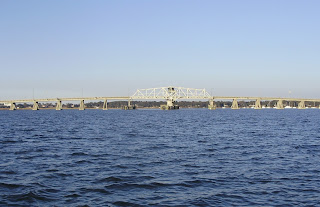 We confirmed that the swing bridge in question, just south of Savannah, was closed indefinitely, apparently awaiting the heavily touted federal funds promised by President-elect Trump for repairing our nation's infrastructure. In fact, since he announced his plan to fix our roads and bridges, we've noticed a distinct increase in lengthy closures.

To add to this latest effrontery, Trump threw yet another curve ball at us—probably to make sure that those of us who didn't vote for him wouldn't be able to enjoy ourselves in the Bahamas while he had to go to work in the White House. He closed the ICW farther south in Florida, so he and his business cronies could throw a waterside pool party for all of their trophy wives to get a golden tan.

With the sun dropping and the air turning chilly, we needed a place to park the boat, since our proposed anchorage was beyond the inoperable bridge. We were stuck in the Savannah River, with no marinas or anchorages in sight.

As the situation turned desperate, we headed 12 miles up the Savannah River to the industrial port of Savannah—a hellish place to park a pleasure boat. 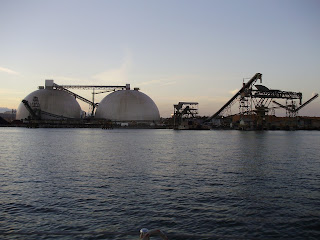 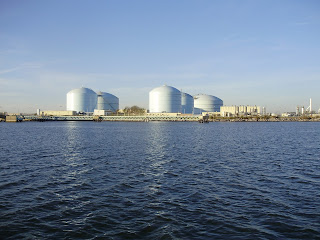 All but one dock open to pleasure boats had been destroyed by the hurricane. Fresh out of options, sun sinking in the west, we paid a shady-looking attendant $100 to use that lone dock for a few hours of sleep.

But! No rest for the weary in Savannah--oh no! All night long, ocean liners hauling millions of tons of freight pushed millions of gallons of water in their wake, rocking our boat like a child jumping up and down on a hobbyhorse.

The freighters bore down without mercy—closer, closer, their stacks of containers towering above and threatening to crush us to smithereens. 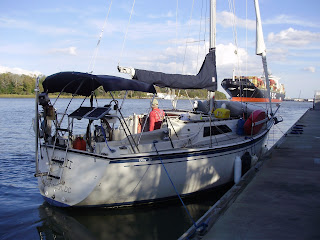 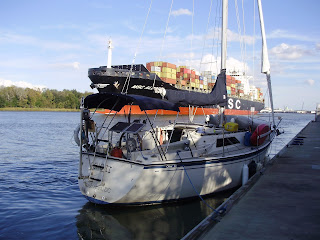 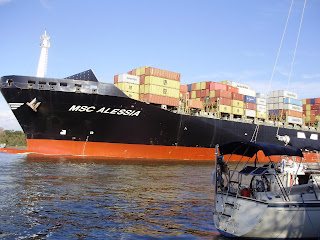 Each time a ship safely passed, I breathed a huge sigh of relief. But Georgia was not finished with us yet. Huge logs, boards with nails protruding, and even whole trees torn from their roots by the hurricane thumped, thumped, thumped against our hull. Sewage poured out of pipes in the seawall onto the side of our boat.

The stress on our lines was unbearable. In the middle of the night, one of our lines ripped cleanly in half. Now I understood the lament of boaters up and down the ICW whose 1/2-inch to 3/4-inch lines had snapped during Hurricane Matthew, leaving their investments in the weeds--literally. Fortunately, I had talked Pope into doubling up our lines that night in Savannah! 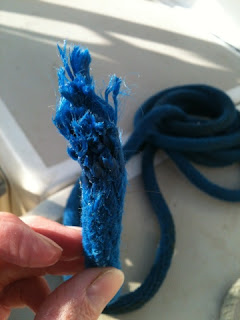 As soon as dawn glowed in the east, after only two or three hours of restless sleep, we hightailed it out of Savannah and turned around, heading north, back up the ICW. We didn't stop until we re-crossed the border. We anchored that night in a quiet, calm creek in South Carolina, with plenty of water under our keel. 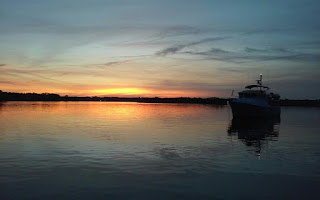 Nothing has ever been as welcome as what we saw the next morning: waves of golden marsh grass lining the banks, beckoning us to enjoy the tranquil scenery on the journey to our next destination: Washington, DC, and home. 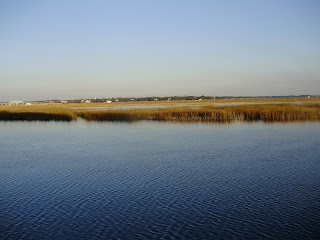 Posted by my alias Amber Jones Adventures at 6:27 PM