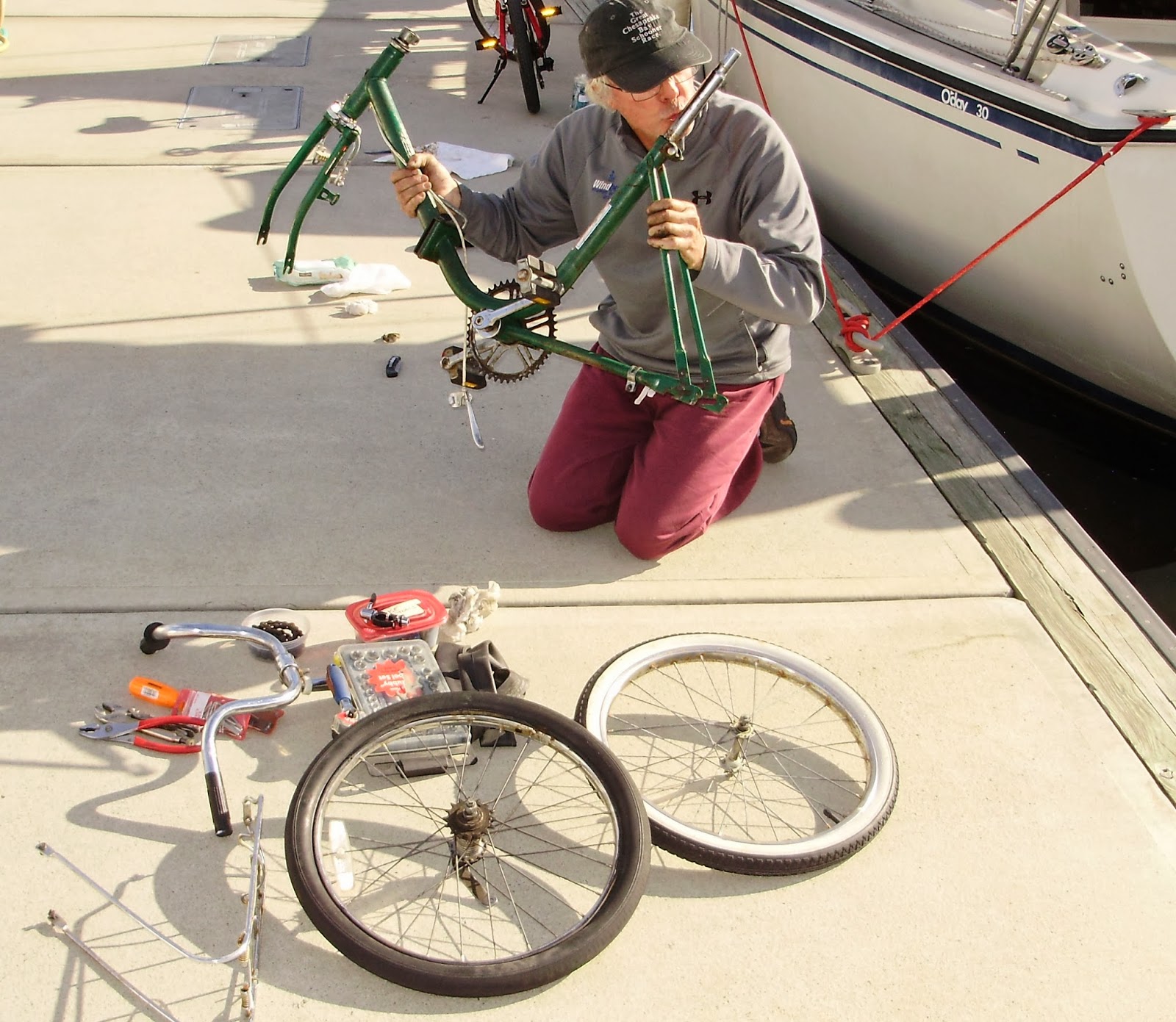 Buddhist prayers for the soul of the green bike.
. 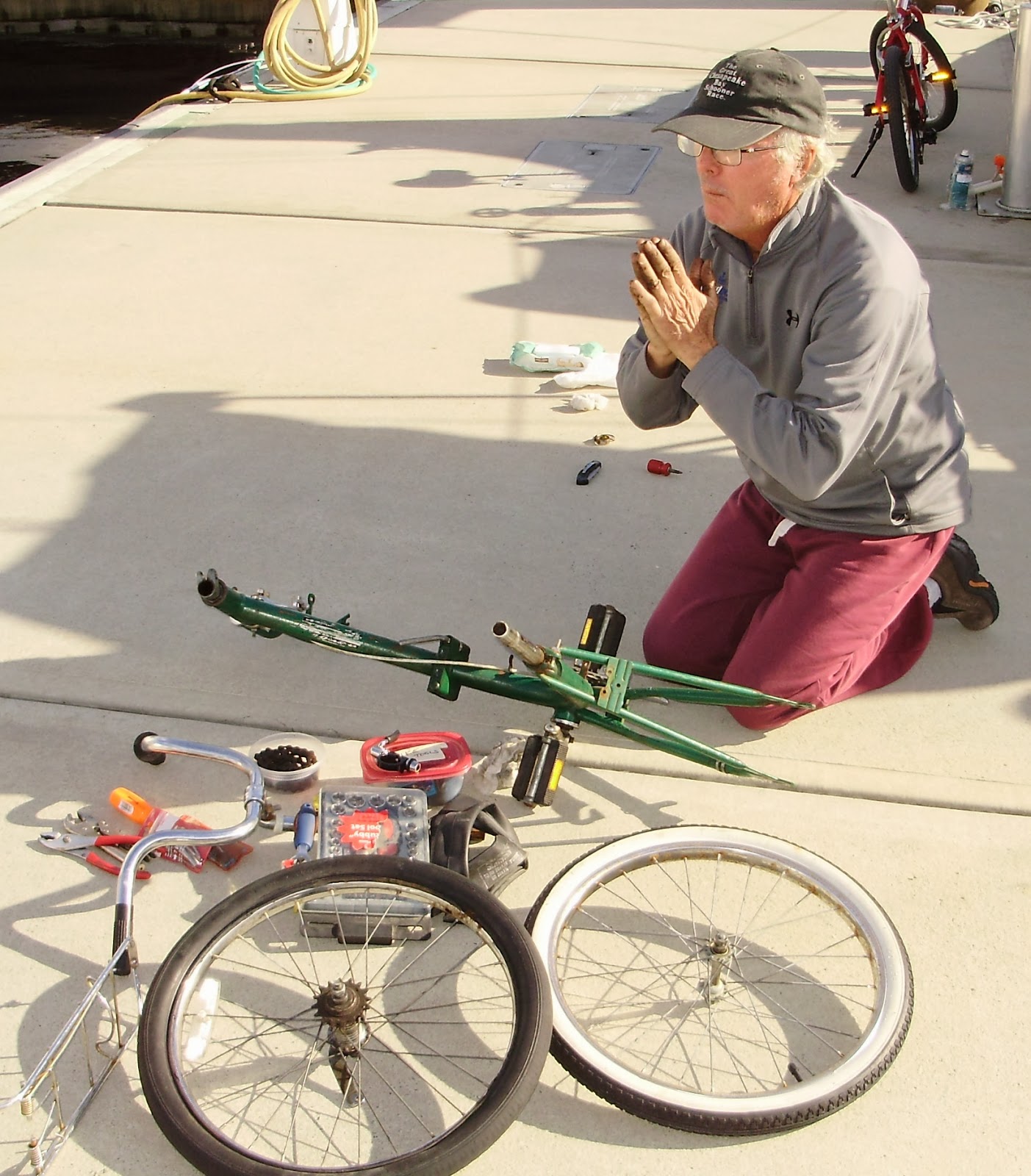 Cannibalizing parts from the green bike. 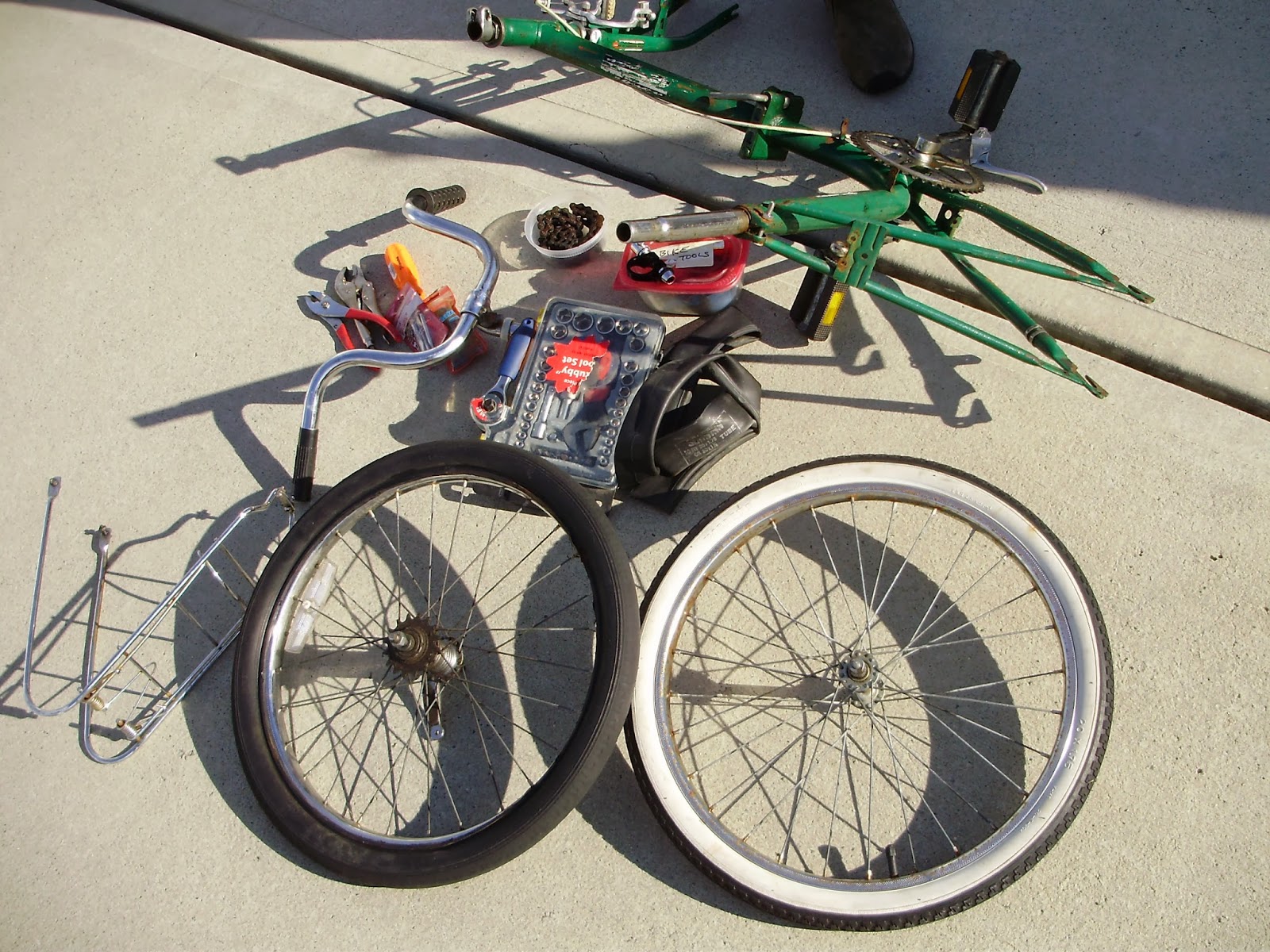 Burial at sea is traditional for old salts. 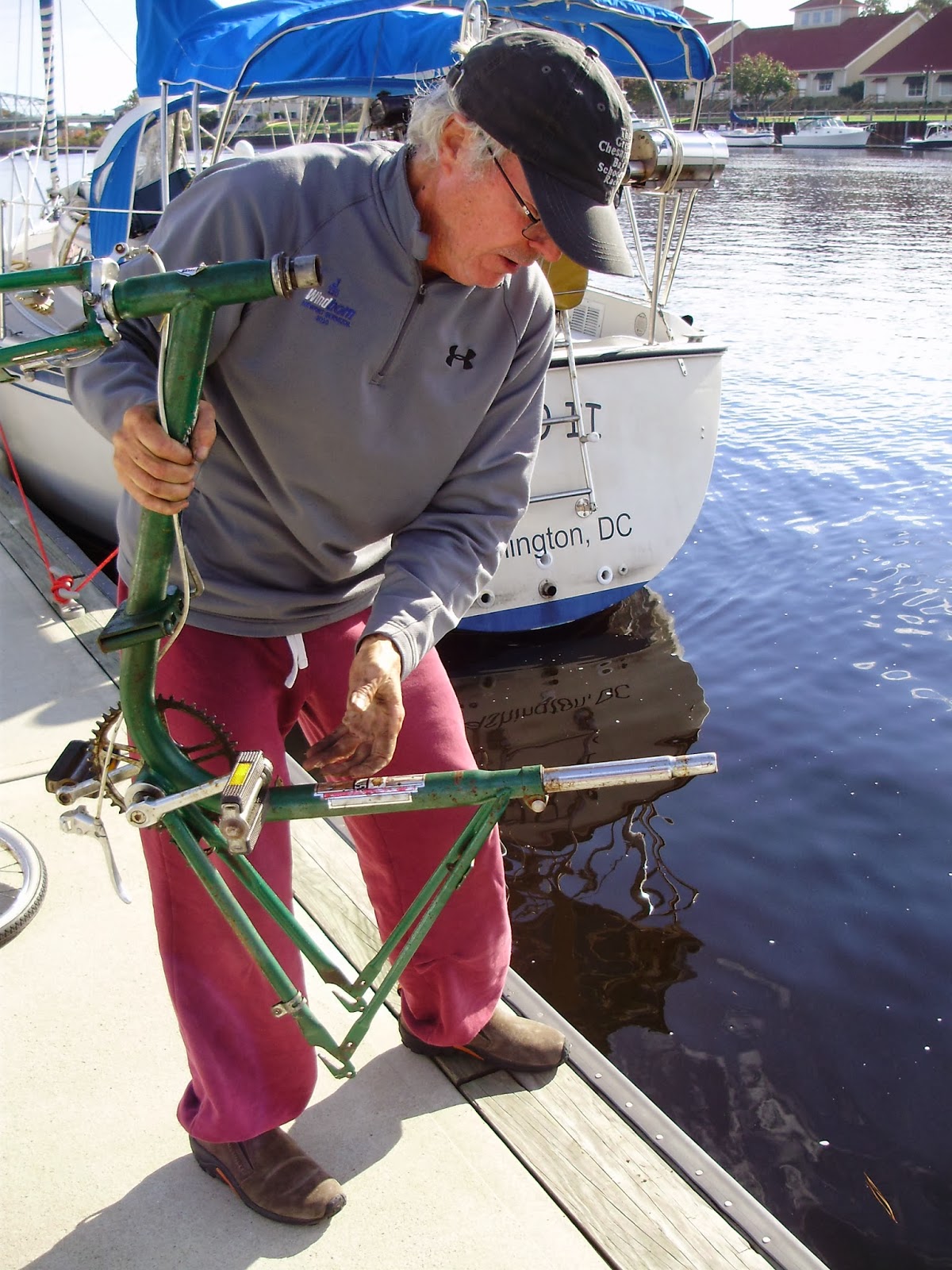 Oops, the environmental police didn't like that. Off to the dumpster instead. The saddest walk in the world, saying goodbye to an old friend. Back in DC, we had ridden that bike hundreds of times to our community garden plot and around town. 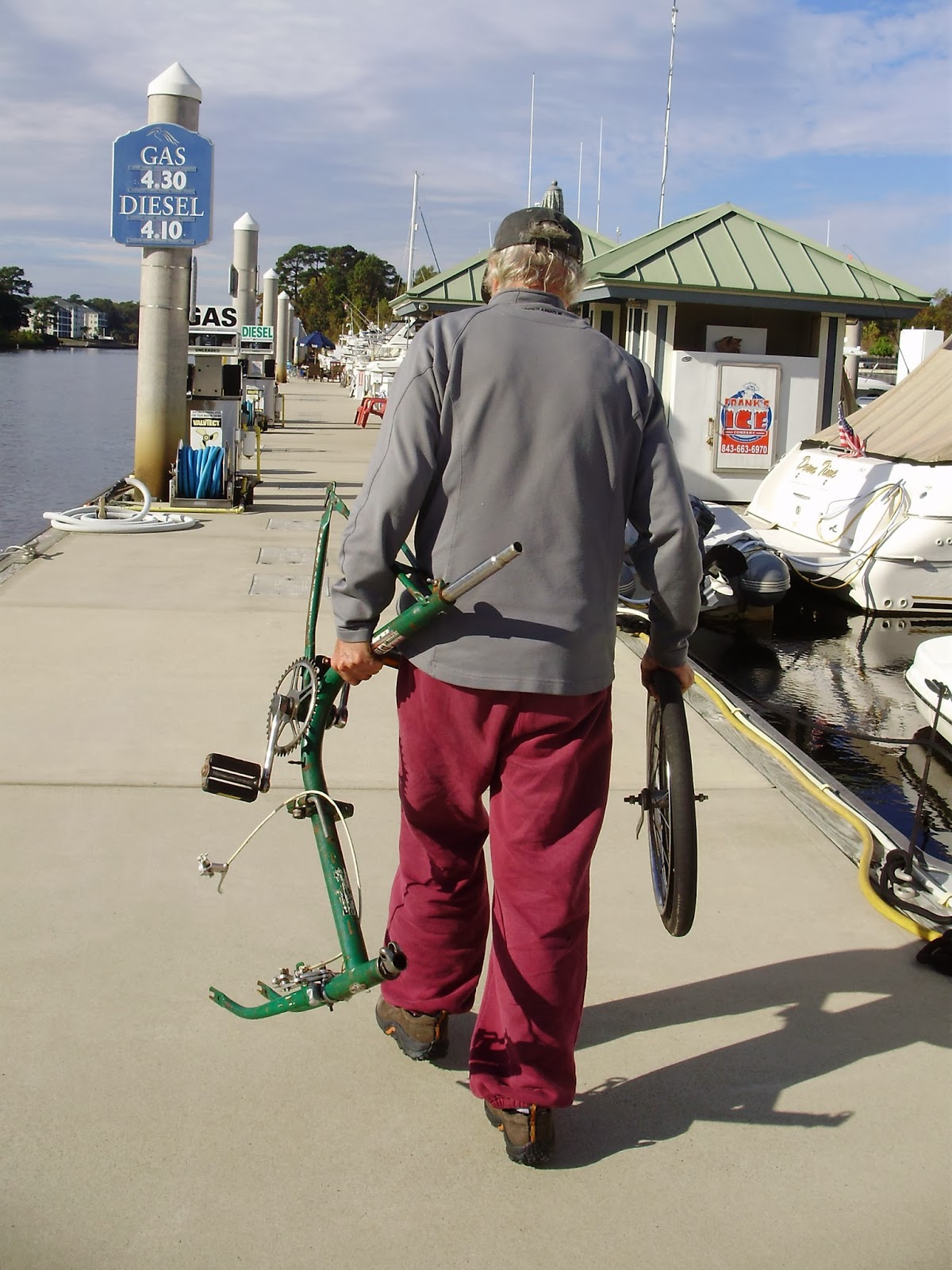 In an amazing feat of mental telepathy, a young man named David from Murrel's Inlet, a town farther down the South Carolina coast, posted an ad on craigslist for a folding bike. Understanding our desperate circumstances, he agreed to drive half an hour, on a Sunday after church, in his bright red pickup, to sell it to us.

Redemption. Tears turn to smiles and Amber test drives the shiny new bike to the beach. 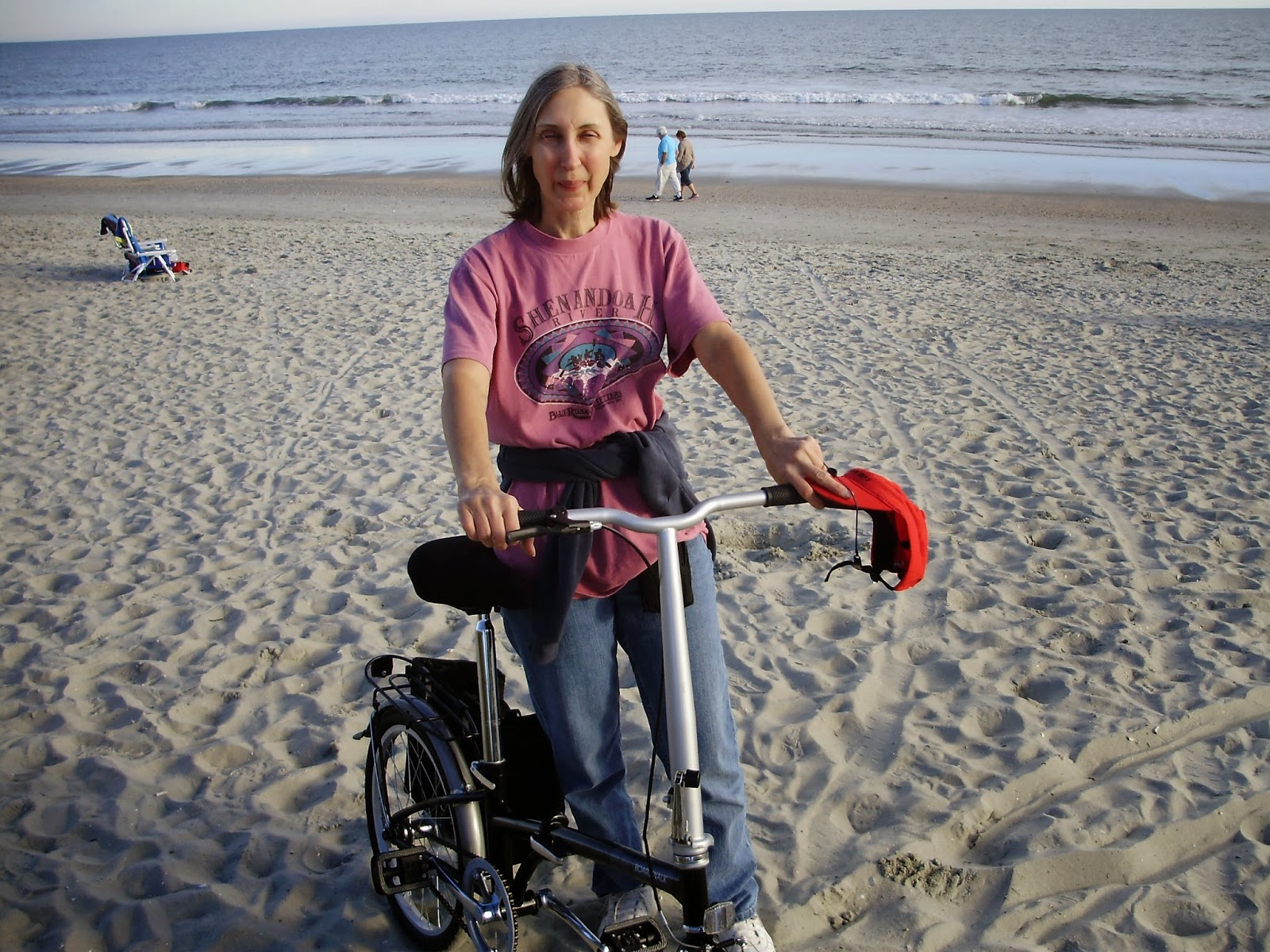 Then it's off to the grocery store for eggs and milk and Gosling's ginger beer (to go with the Gosling's rum from our friend Linda). But hark, here's a complication: who will get the shiny new bike? A little tussling and taking turns. Outcome still to be resolved. 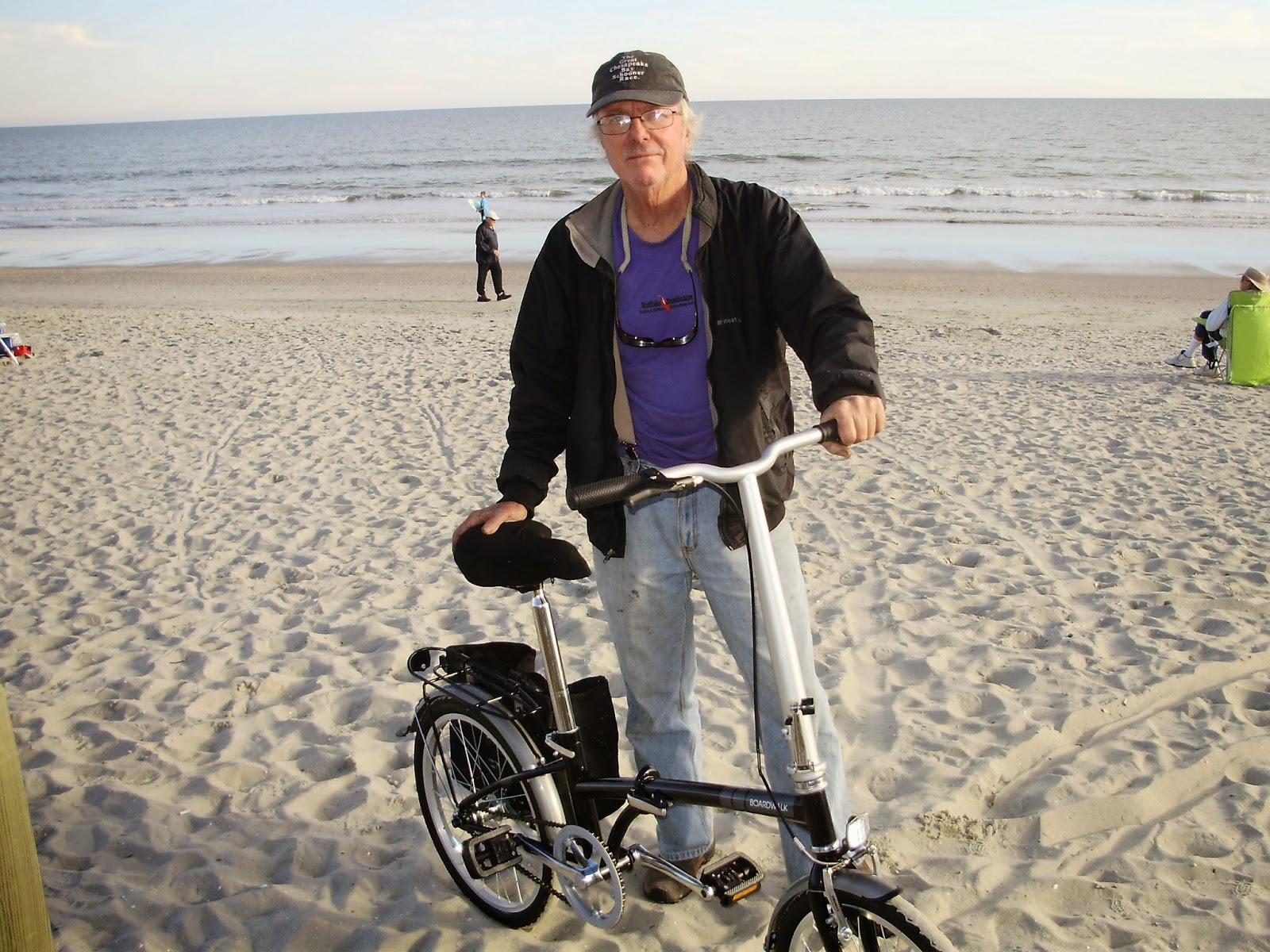 Ah well, two bikes are better than one. Happy shipmates at last. Parttial harmony restored on Echo II. Now for getting the boat fixed. 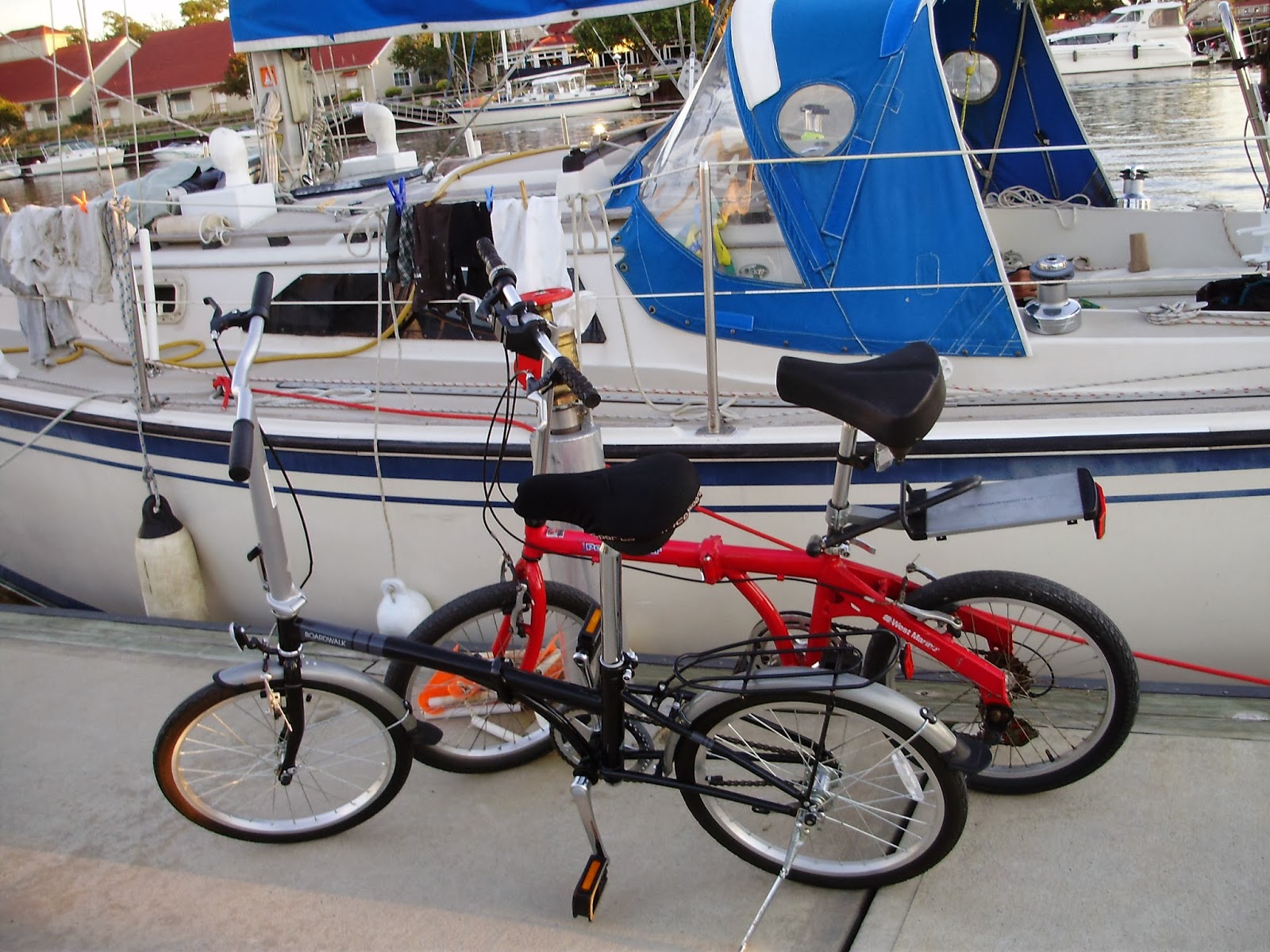 Posted by my alias Amber Jones Adventures at 12:38 AM