A good ol’ boat—and probably every vessel—has its issues. I get a knowing sigh and wink whenever I mention this to a boater, whether sail or motor. (Even our friend Mark A., who sighs with longing when he reads my blog, wishing he were here, has to admit that no sailing trip is problem-free.)


Pope employed numerous mechanical skills getting Echo II ready for a long cruise. One of them was squeezing into submission tubes of epoxy, used to seal leaky screw holes and other pesky cracks. Water likes to seep insidiously into every orifice imaginable on a boat. 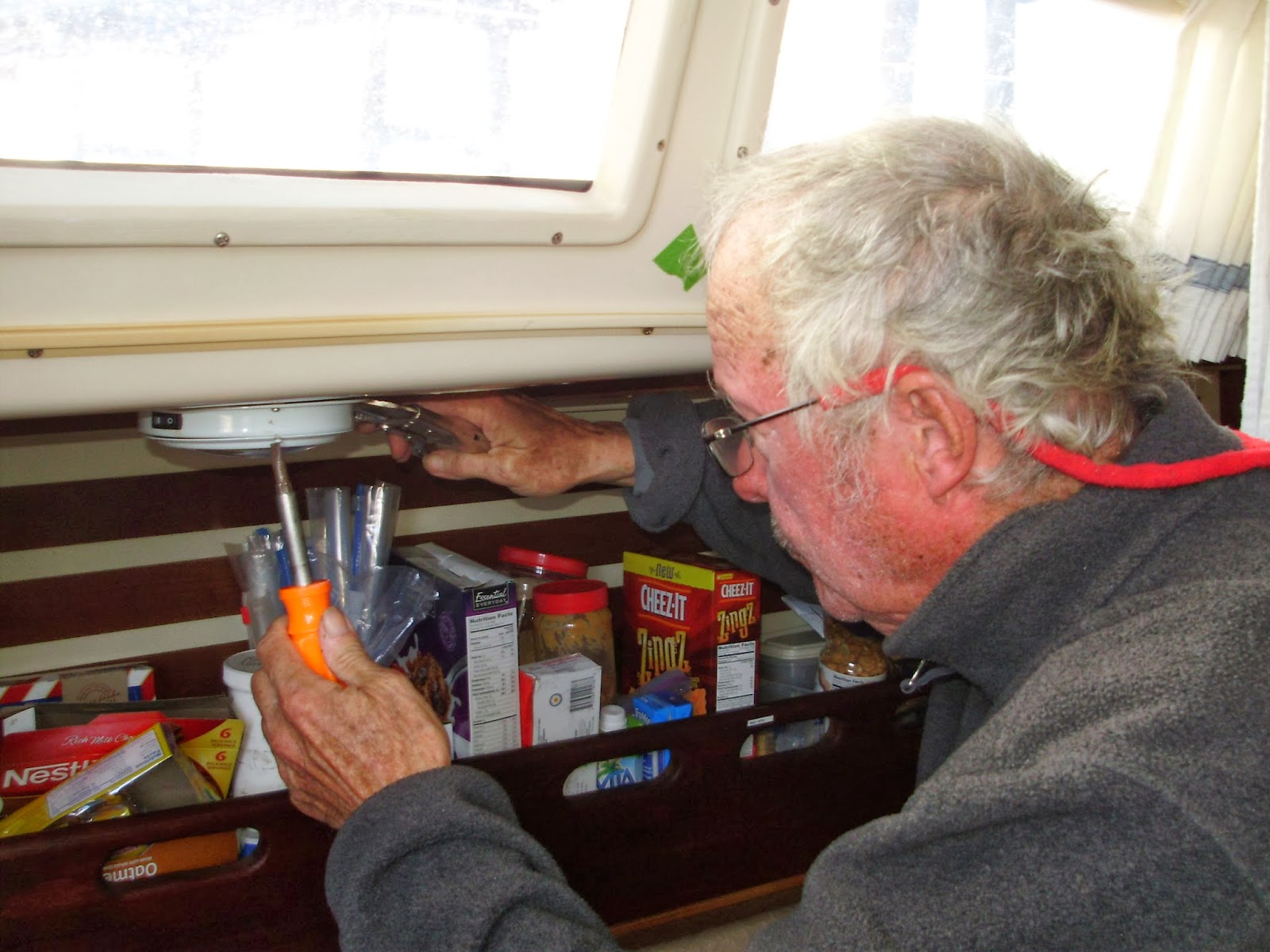 At its worst, back in Edgewater, Maryland, Echo II had boasted 14 leaks, ranging from random drips under the port-side windows to a steady flow at the front of the v-berth. This lush of an old boat always seemed to be seeking just one more drink.


On October 31, we left the Dismal Swamp Canal at its mouth on the Pasquotank River; by late afternoon, we tied up in Elizabeth City to celebrate Halloween and outwait a passing storm. Enjoyed a delicious home-style meal at Cypress Creek Grill downtown. (Never was I more appreciative of a baked potato and broccoli.) Clouds were building and the sky turned prematurely gray, long before dusk. 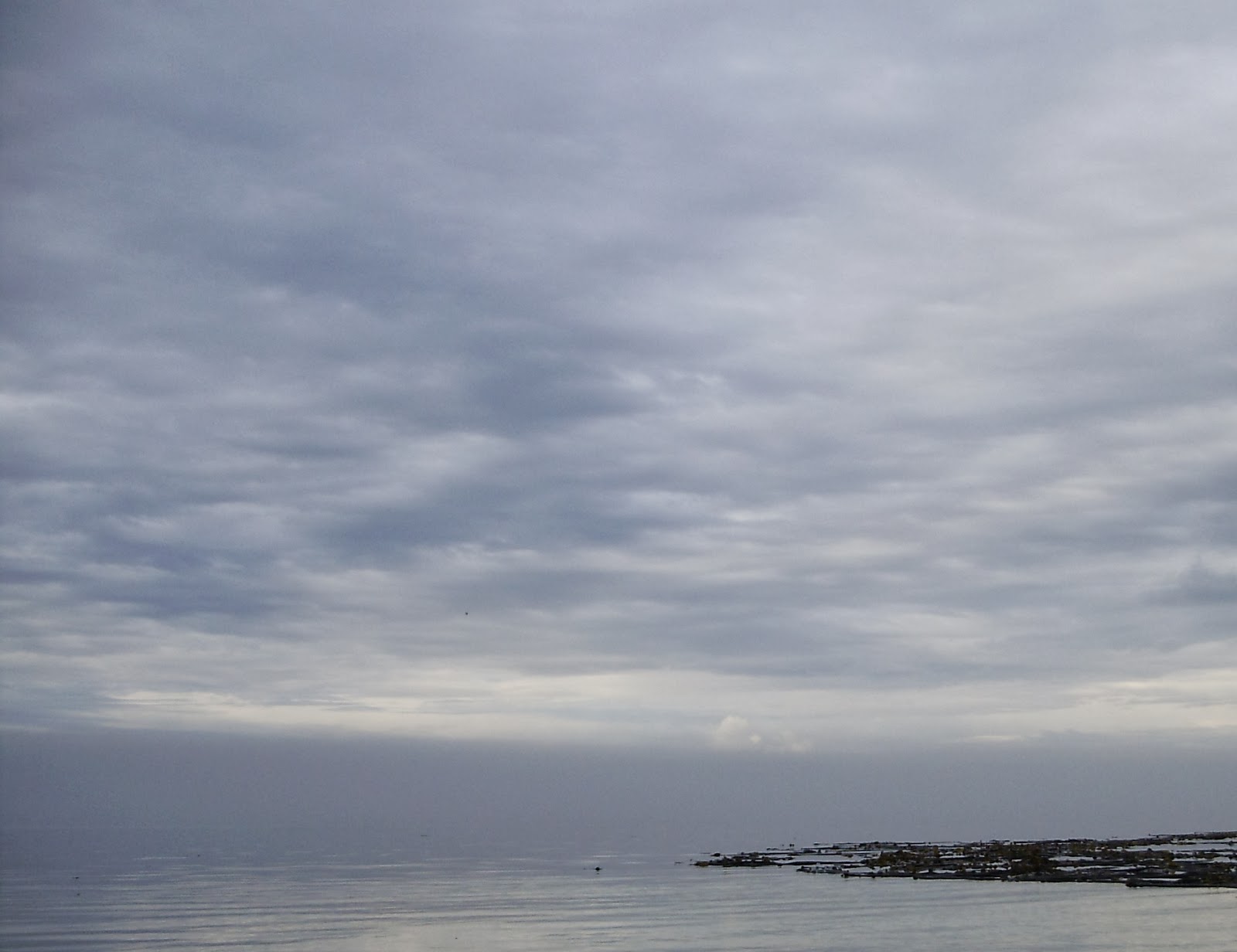 Back at the dock, in anticipation of Noah’s deluge, I “waterproofed” the $4,000 designer upholstery; i.e., spread plastic under known leaks, and pressed into service every bath, beach and hand towel on board. 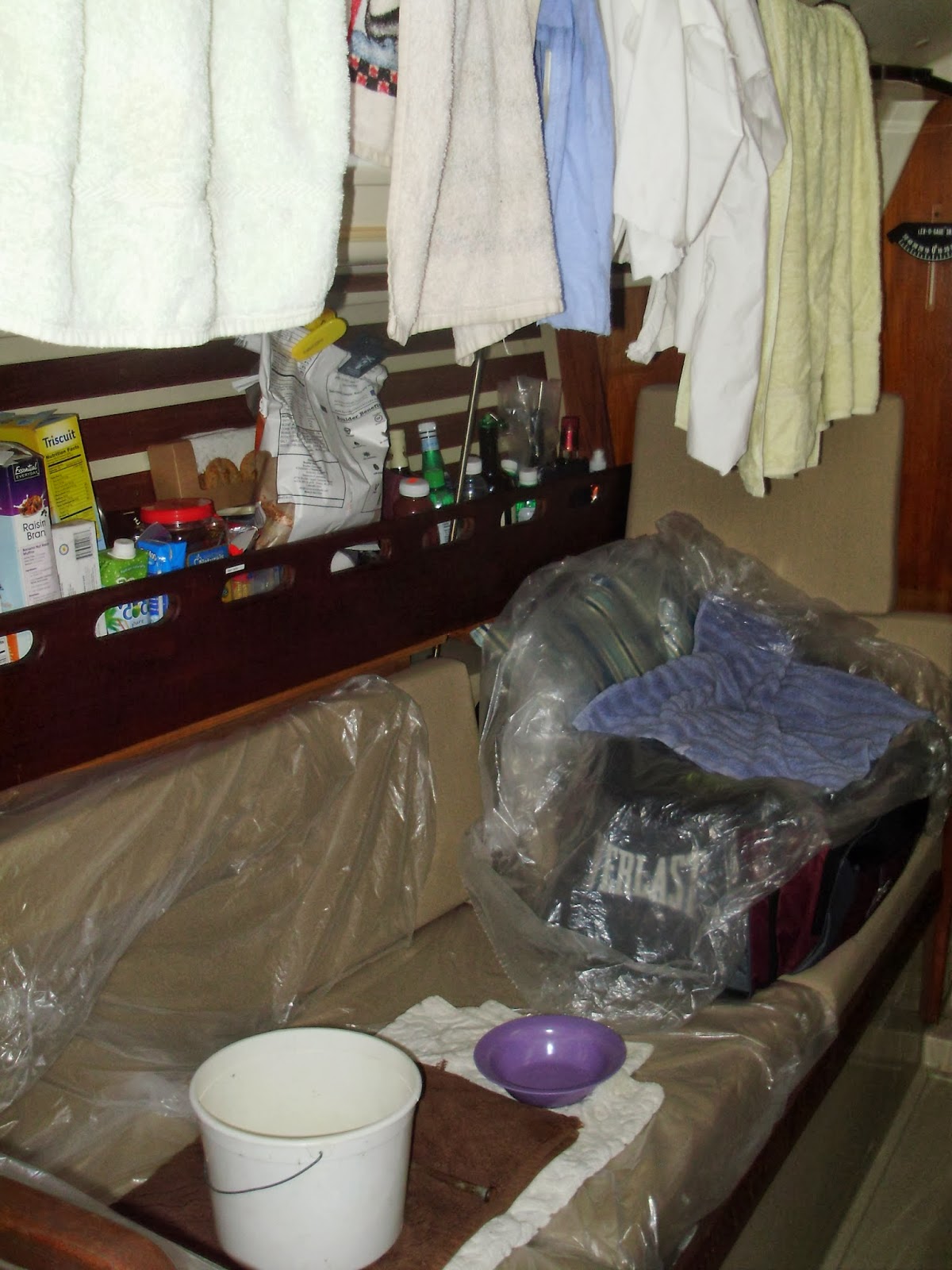 Satisfied with my precautions, I nonetheless took an extra moment to pray to the sun gods. 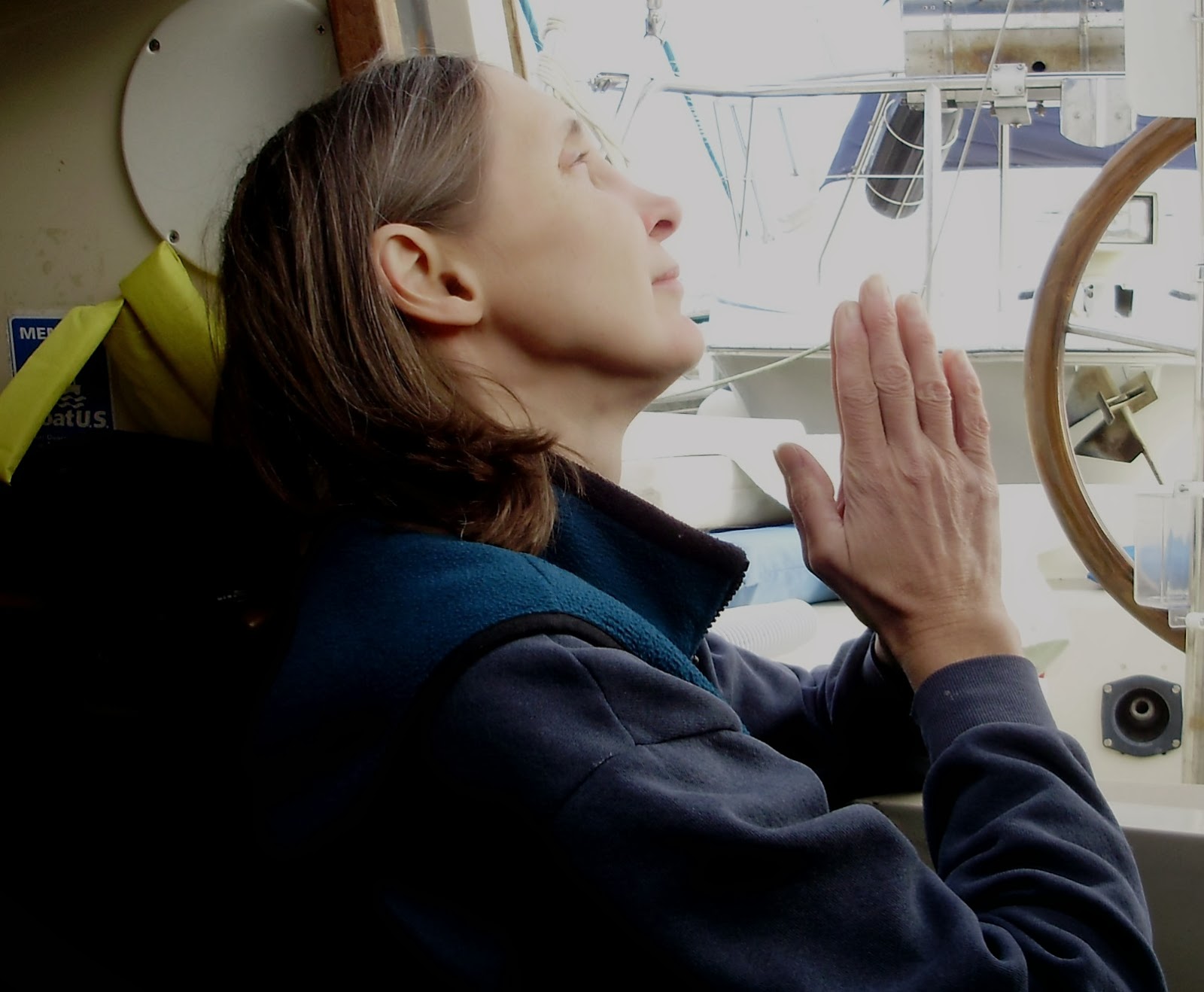 The rains began to fall, and Echo Fountain prepared to erupt!


Our vigil began: a fitful, interrupted night, catching a few winks on a wedge of cushion at the edge of the bunk, on plastic sheeting, coddling buckets and bowls strategically placed to catch drips. Pope on the v-berth, me on starboard patrol. (That's my pillow next to the pink dishpan.) 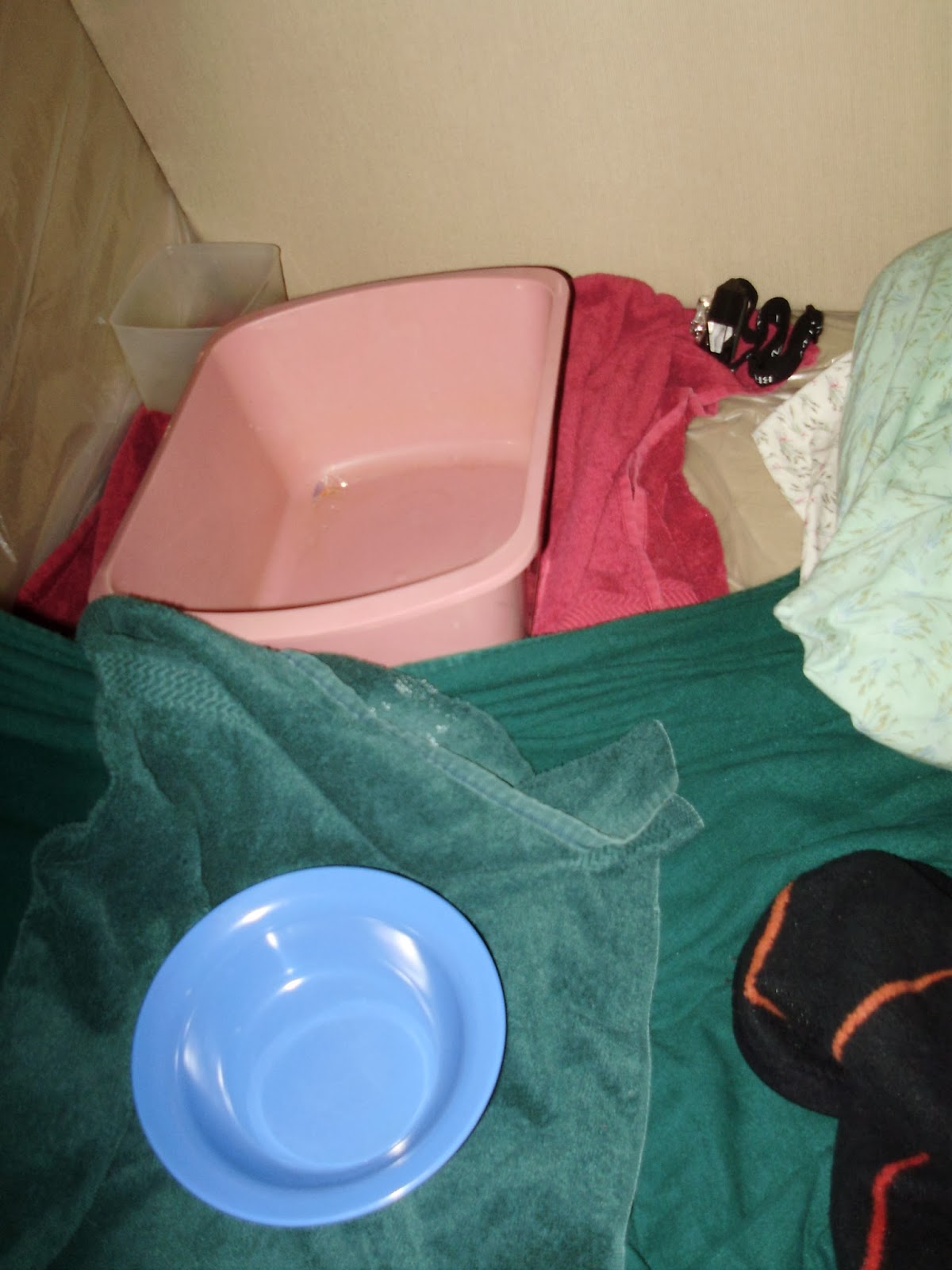 Glory, glory hallelujah! As you know from history books, rainwater caught in tarps and barrels was a praised-be-to-heaven blessing for sailors crossing oceans on schooners and sloops. I agree it is wise to be thankful for our planet’s natural resources. 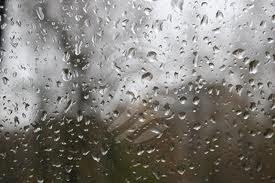 
Morning dawned with still no hint of sunshine. We tallied up the scorecard: Echo II was dripping from only 6 of the original 14 leaks! (And, naturally, from two new ones.) Not as bad as feared.


Declaring partial victory, we wiped up, toasted with orange juice, and headed out to Albermarle Sound.


That’s when we discovered the diesel fuel leak. Gosh darn it. A real bad one. Almost enough to make us give up the trip, Pope said (but only in jest).


But that’s another story, for another day.

Posted by my alias Amber Jones Adventures at 3:23 PM