The Old and the New

[BONUS: Two blog posts in one day! That's because: 1) we haven't had internet in a while; 2) wehave strong internet here; and 3) I have sooooo many stories to tell!]

The Old and the New


In this blog I’ve mentioned the many large homes being built along the coastal areas of the Southeast. The historic homes are equally impressive. Dramatic porticos and wrap-around porches speak to humid summers, elegant balls, Civil War lookouts, and, in some earlier dwellings, loyalist or revolutionary fervor. 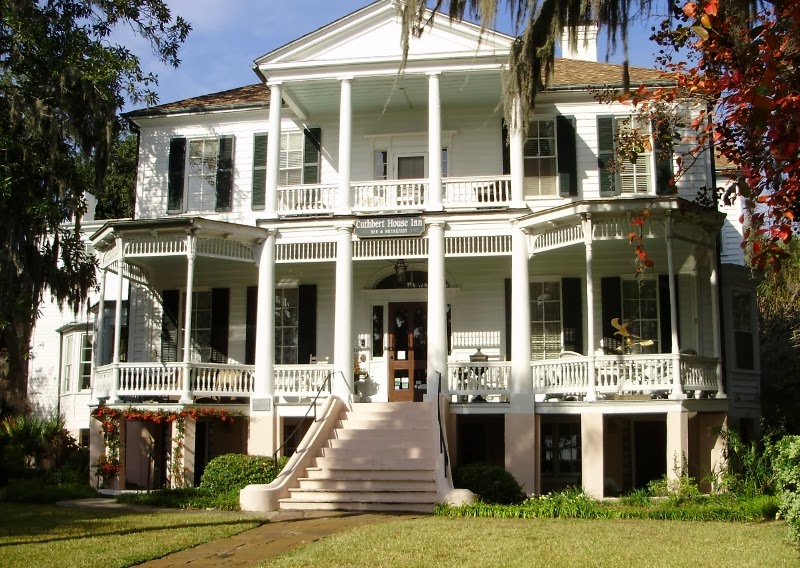 In Beaufort, a number of stately mansions along the river date to the early 1800s, and several to the 1700s. Several served both revolutionary and Civil War troops. Beaufort’s coffers were filled by wealthy plantation owners growing indigo and Sea Island cotton. 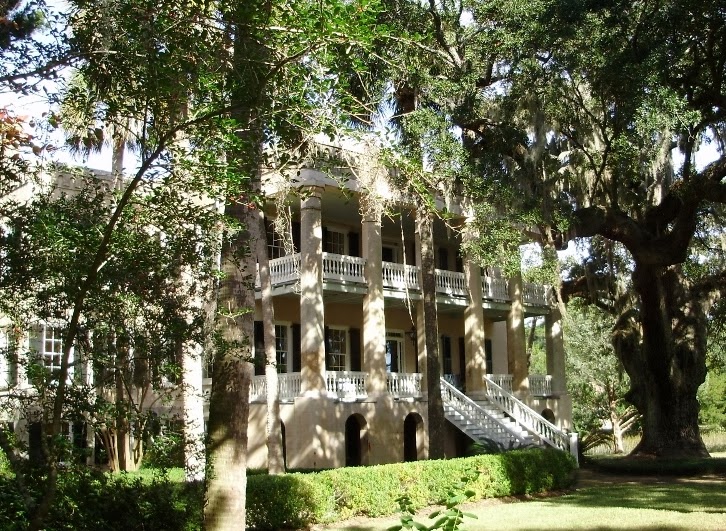 One of the Beaufort houses was featured in the movies “Forrest Gump” and “The Big Chill.” The current owners keep it tucked securely and privately inside a grove of trees and iron gate, off-limits to close-up photography. 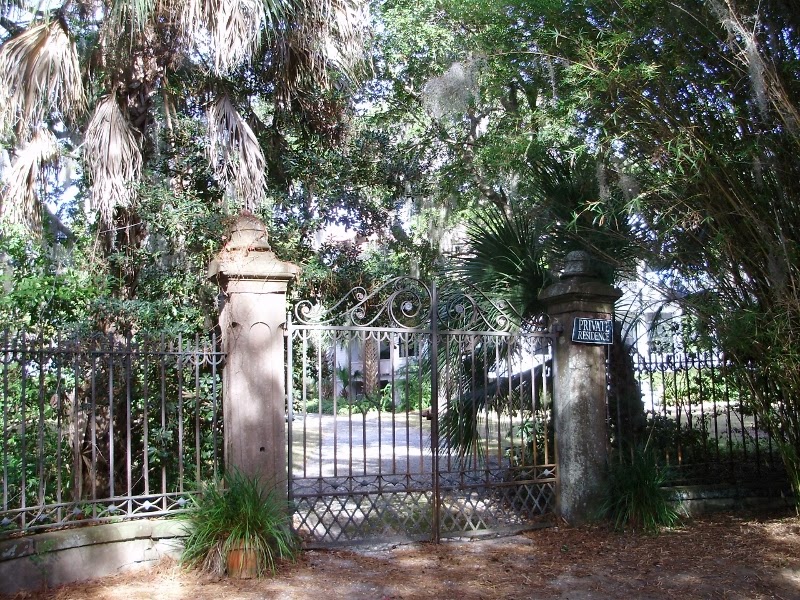 Back on the Intracoastal Waterway, we wound around the bends of twisted rivers and creeks of the Low Country. We spied the tall tanks of the Savannah sugar refinery way across the marsh--close as the crow flies, but miles away by ancient river. 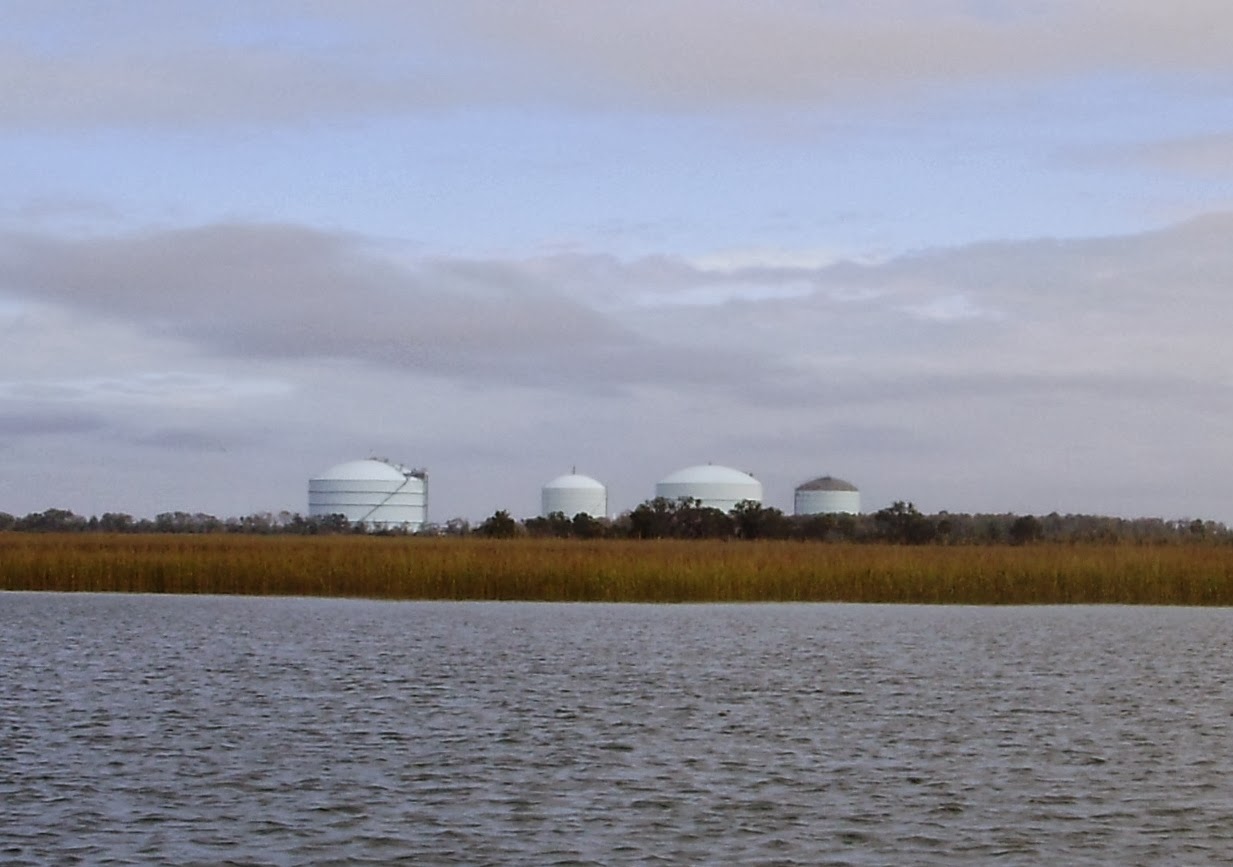 We docked at the marina on Isle of Hope, Savannah, an island populated with tree-lined streets, historic homes and multi-generation families. (At the marina, Echo II was again dwarfed by mega-yachts.) 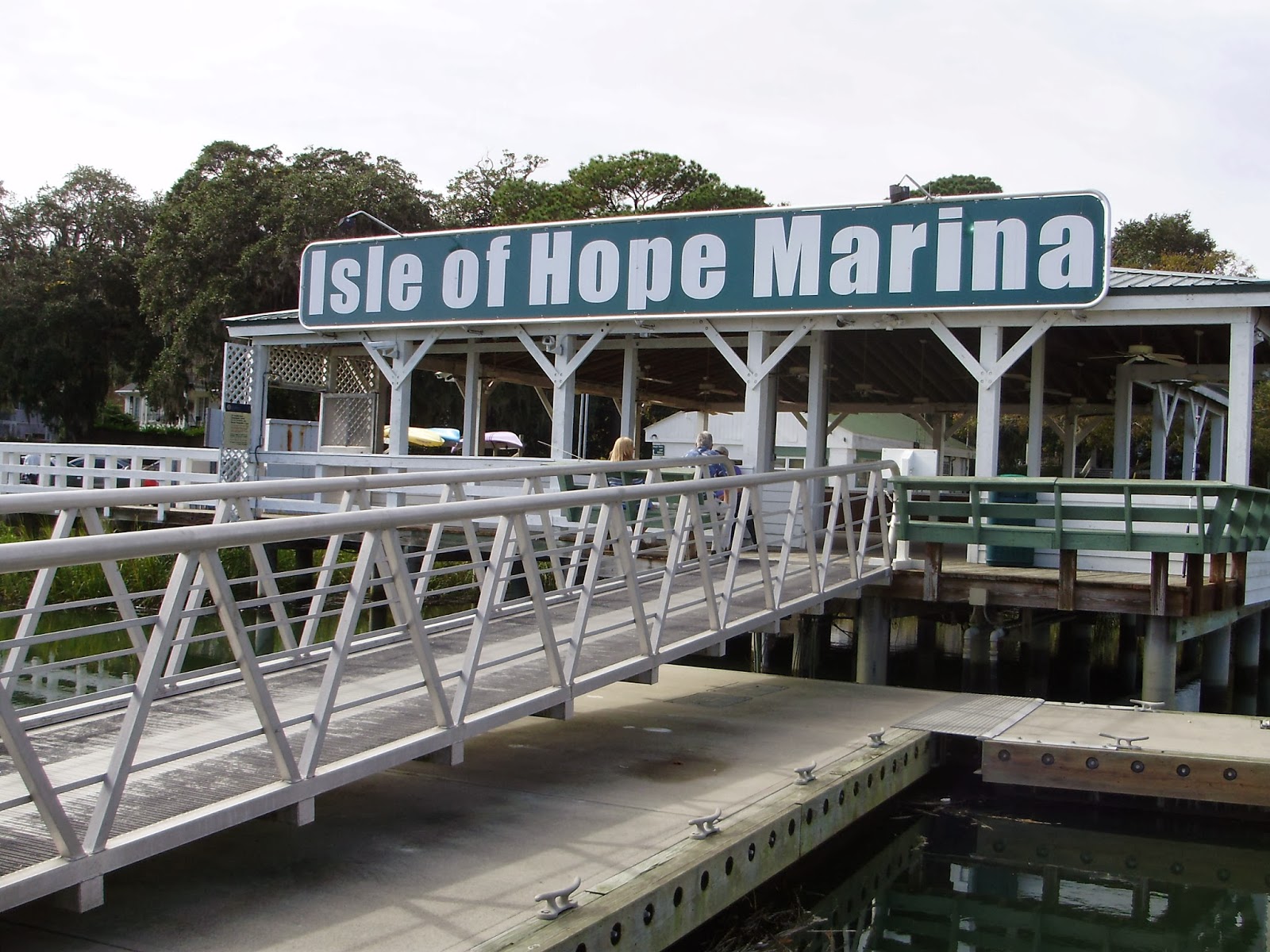 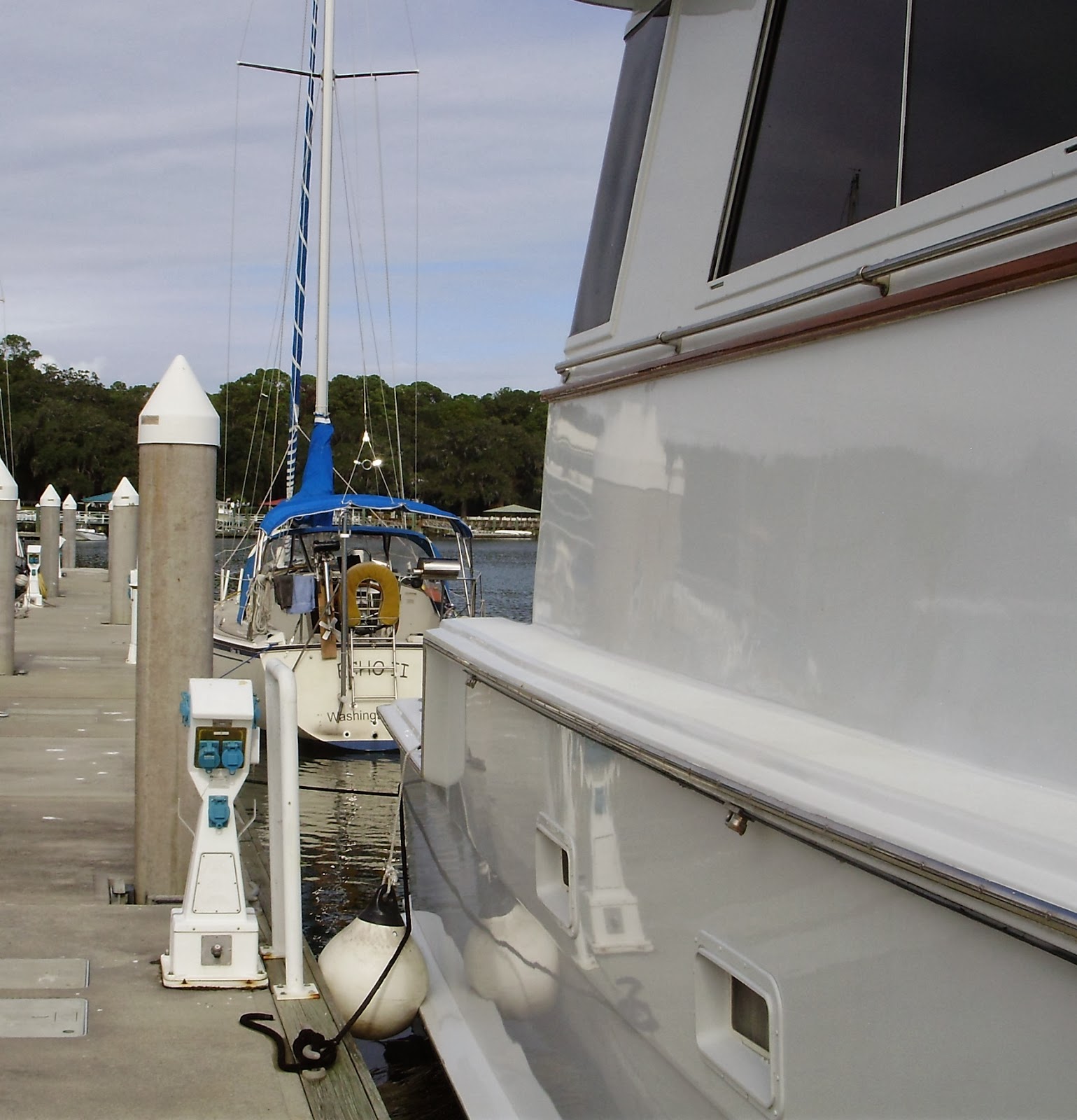 In coastal South Carolina and Georgia—land of Pope’s roots—several cousins inherited portions of islands, extensive land plots, and plantation houses. Some parcels donated to states or foundations are open to tourists. Middleton Plantation near Charleston is perhaps one of the best known.


In previous years, we attended Thanksgiving family reunions on large estates in the Savannah area. The feasts included oysters roasted over an outdoor fire as well as turkey and sweet potato casseroles. This year, we arrived too early for the big feast--cruising on a slow boat being an unpredictable sport. Instead, Pope visited cousins Elliott and Charlie and a great aunt. 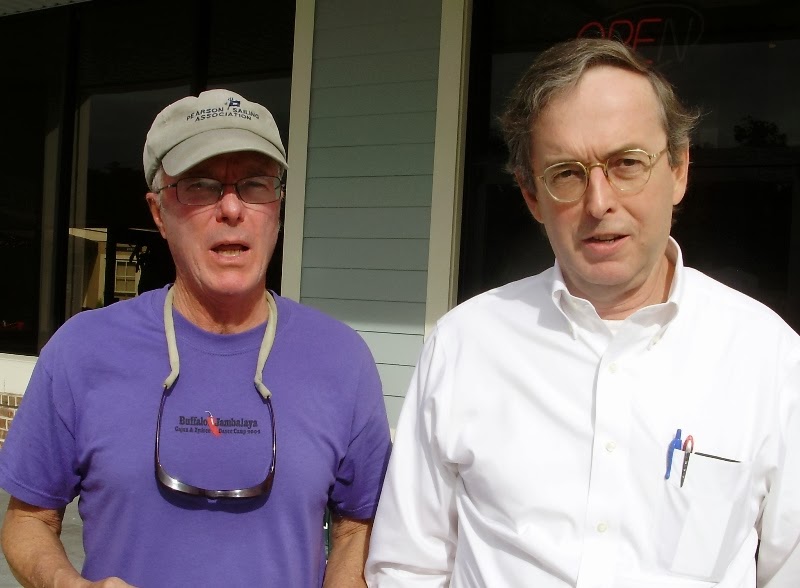 Then, we headed for Wormsloe Plantation on the Isle of Hope, home of cousin Craig Barrow and site of the first successful settlement in Georgia. Behind the majestic stone gate of Wormsloe is a mile-long lane lined with hundred-year-old oaks dripping with Spanish moss. 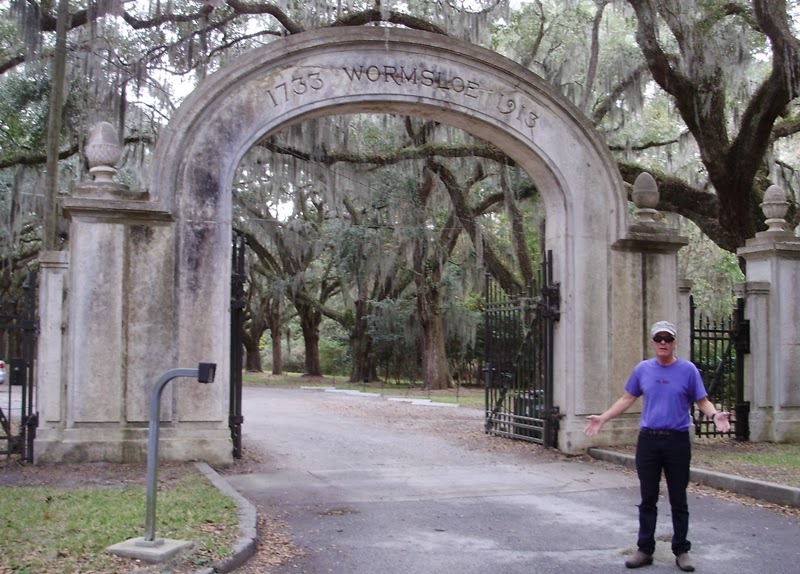 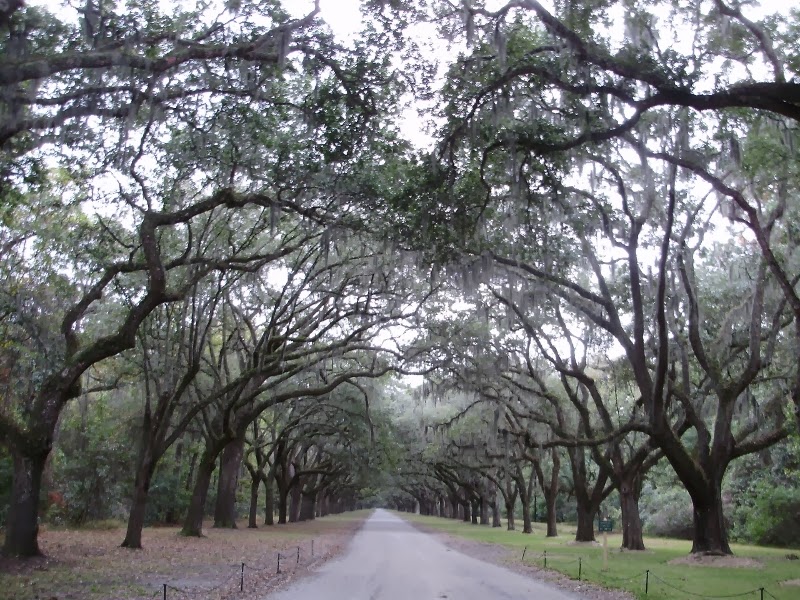 The ruins of the original house, built with oyster-shell masonry called tabby, is down the lane from the stately manor used by recent generations (off limit to visitors). 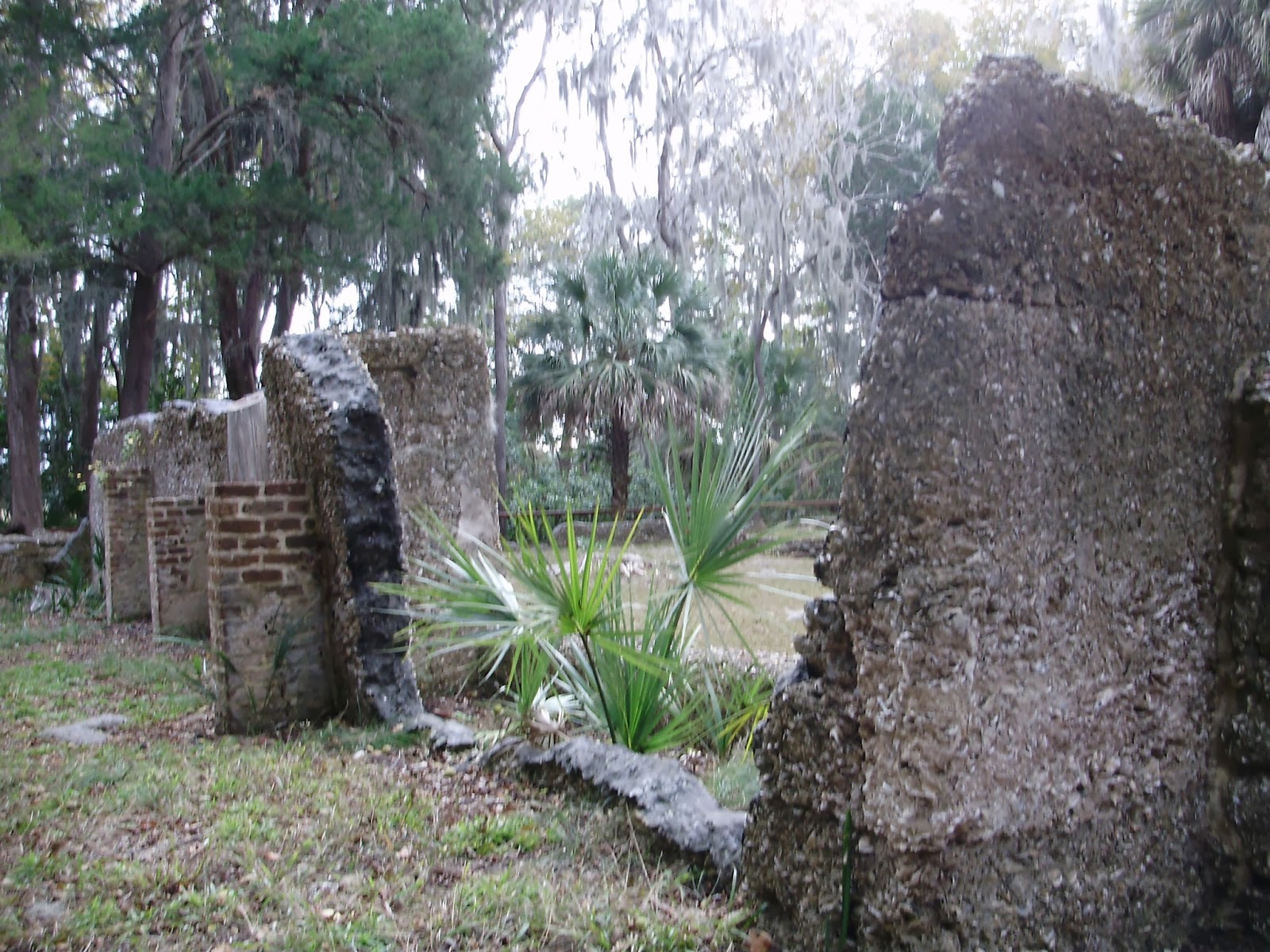 Tour guide Jesse entertained us with stories of Georgia’s roots as a British colony banning slaves and alcohol—later overturned as settlers faced starvation or financial ruin-- and landowners exhuming graves to prevent remains from being carried off in hurricanes. Noble Jones, surveyor and influential figure in the original Savannah settlement, built a fine home at Wormsloe in the 1700s and, once slavery was legalized, a thriving business growing indigo for blue dye.

During Jones’ watch, the Battle of Jenkins’ Ear was fought here in the marsh. In response to Jenkins’ claim that the Spanish had both cut off his ear and destroyed their supplies of illicit rum, the settlers rose up against invading Spanish troops, ensuring continued loyalty to Britain. 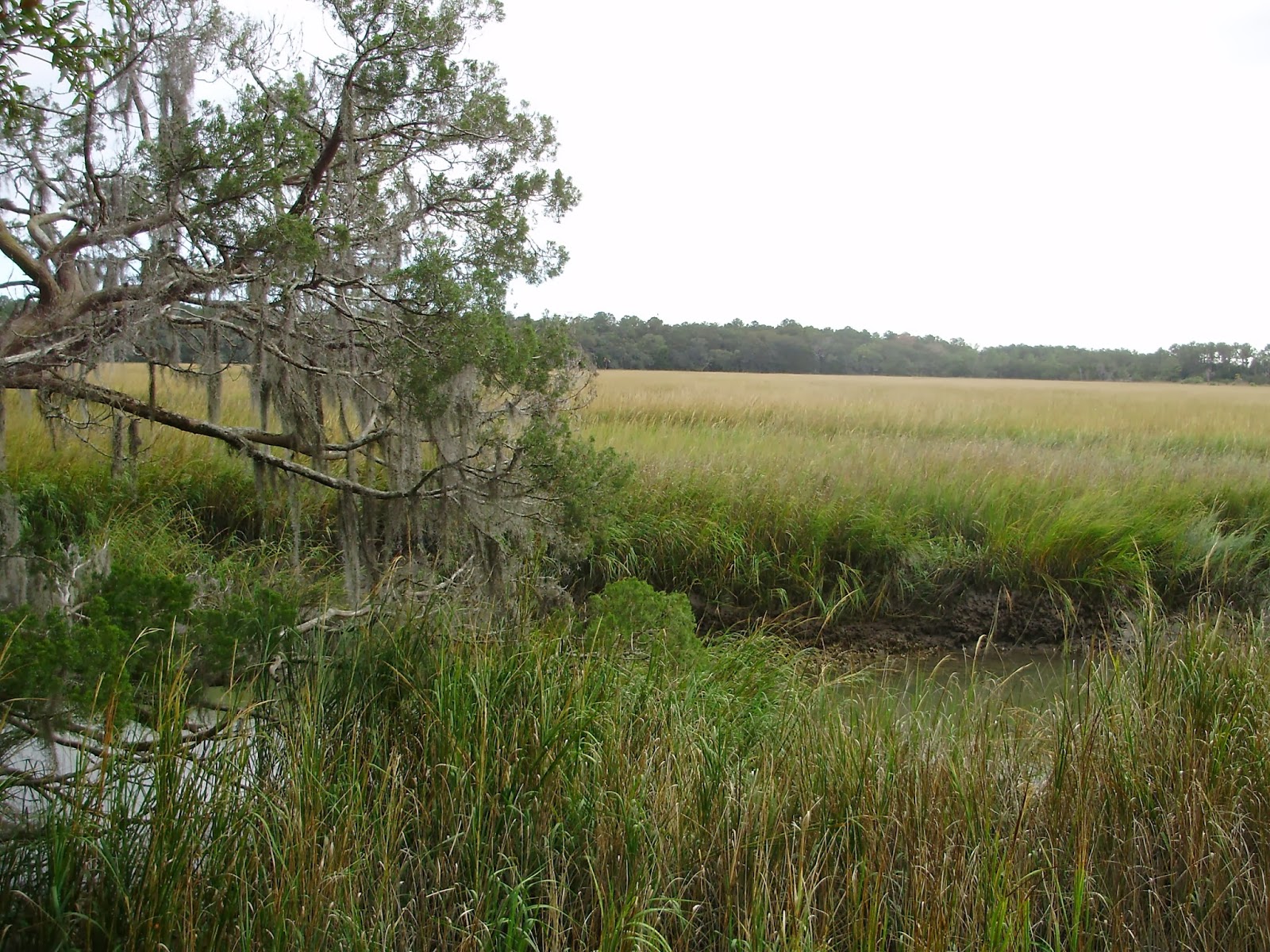 Today, we just buy our rum at the liquor store. Count your blessings!


In the evening, we borrowed a marina courtesy car to drive into downtown Savannah. My goal was to buy Velcro at JoAnn’s Fabric, to hand-sew a mosquito net for the boat. The excursion was in stark contrast to our time on historic waterfronts rich with tales of exploration, adventure, and accumulation of wealth. Strip malls and suburban shopping centers outside of Savannah’s historic district quickly dispelled the romantic fantasies of history books and jolted us back into 21st-century America.

Velcro  mission fulfilled, we escaped back to the boat and a return to pleasant dreams of elegant estates and extravagant southern lifestyles.


Posted by my alias Amber Jones Adventures at 1:33 PM