Winter at the beach? Could be good. A cozy B&B with a down comforter. A roaring fireplace. Pancakes with maple syrup for breakfast.


Instead, picture this: Pope and Amber bundled in their jackets and hats, huddling under summer blankets intended for the Bahamas. Winds howling at 30-40 mph. Waking up to 30 degrees Fahrenheit and ice coating the deck and hatches. 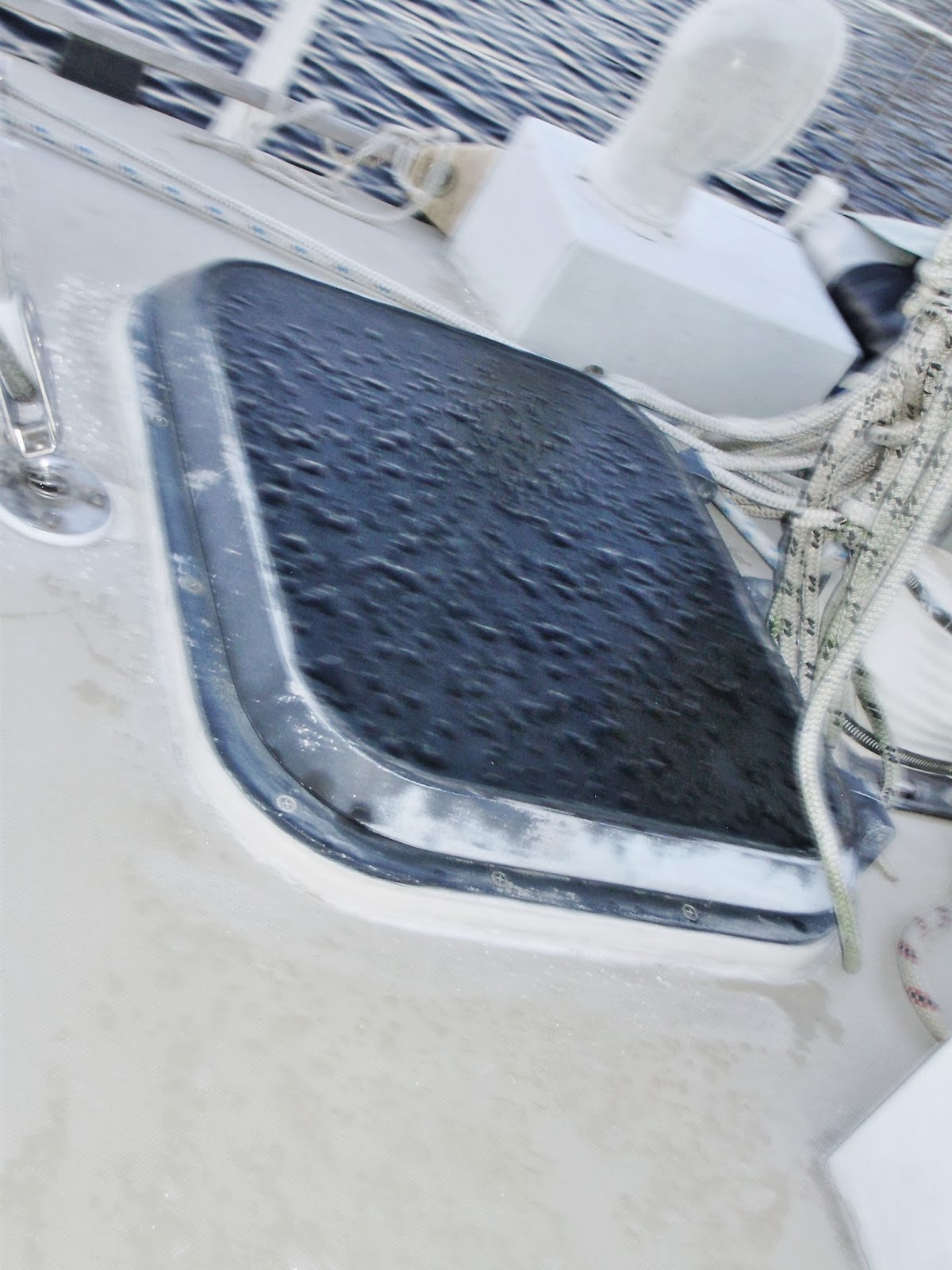 Heating water heated on a butane camp stove for Instant oatmeal and instant coffee. Standing at the wheel in blustery wind, fingers and toes numb in lightweight sailing gloves and cotton socks. The locals said it dropped to 27 degrees last night. 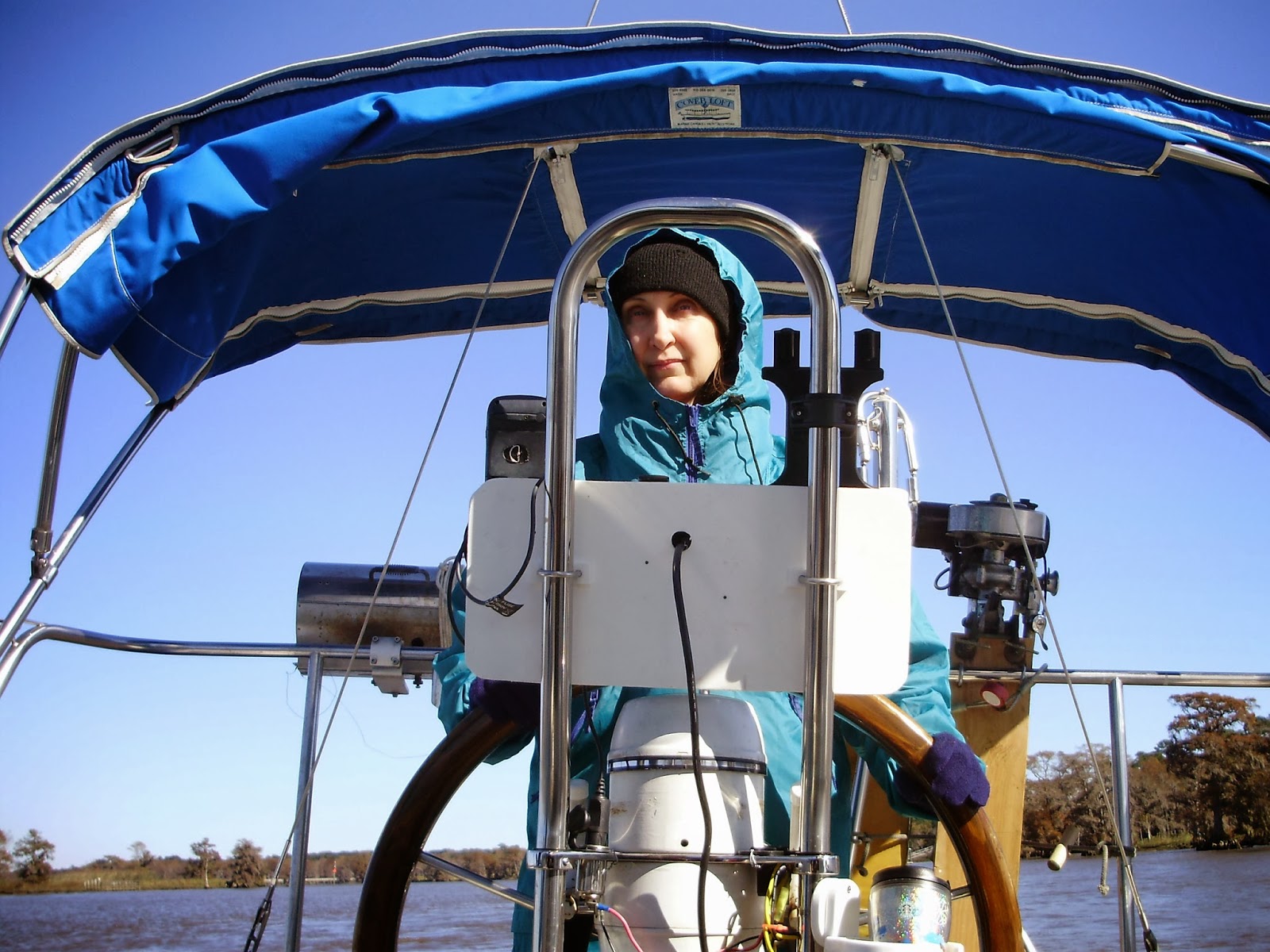 Fortunately, the sun is shining. The ice on the deck thawed at 11 am; my toes at noon.


Yes, winter has come to the southeastern United States. I foolishly thought that, after a couple of weeks, we would be arriving in the warm, sunny South. How was I so easily misled? Was it all the talk about global warming?


At least the ice in the cooler isn’t melting. Will save us a few bucks. 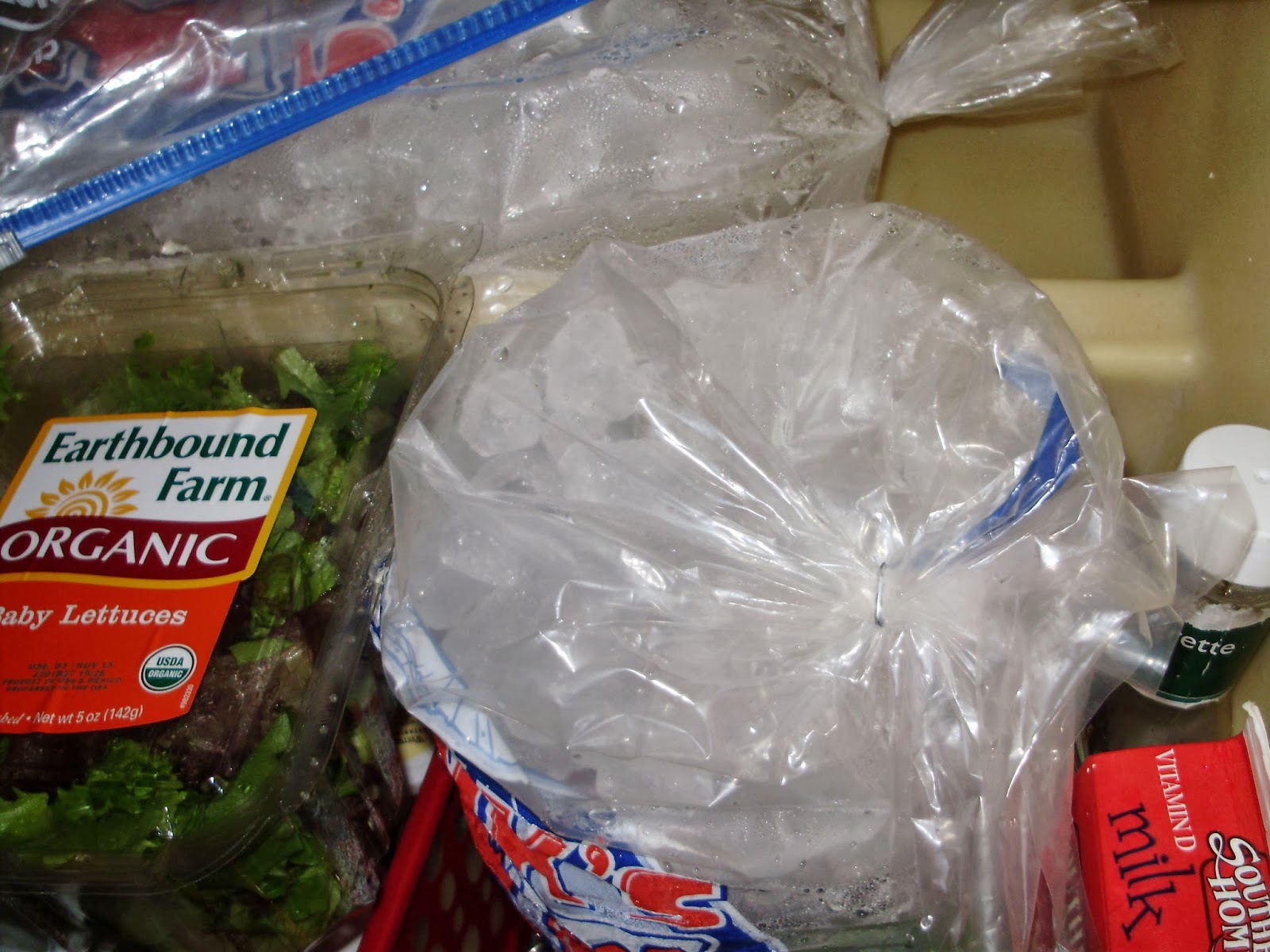 Back in Michigan, one of the marketing mottos is “Water Winter Wonderland”—enticing tourists to visit the state’s lakeside attractions year-round. Here in Myrtle Beach, South Carolina, I’ve searched for similar winter activities, involving either tourists or year-round residents, enjoying the beaches, restaurants, and miniature golf. Instead, winter seems to have cleaned the place out.

In North Myrtle  Beach, where we were stranded for three days, and Myrtle Beach itself, the wide ocean beach called the Grand Strand is fully developed—wall-to-wall hotels and condos. 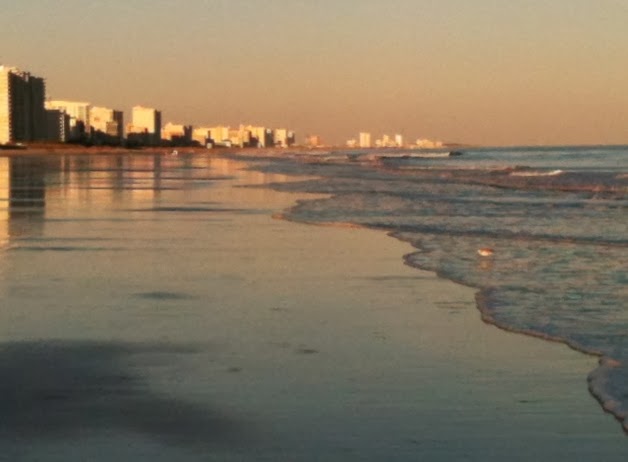 So the developers have moved inland, to the Intracoastal Waterway (ICW). The waterway is a series of canals and rivers just inside the Atlantic coastline, established to move goods and, more recently, pleasure boats like ours up and down the coast without having to go offshore into the ocean. 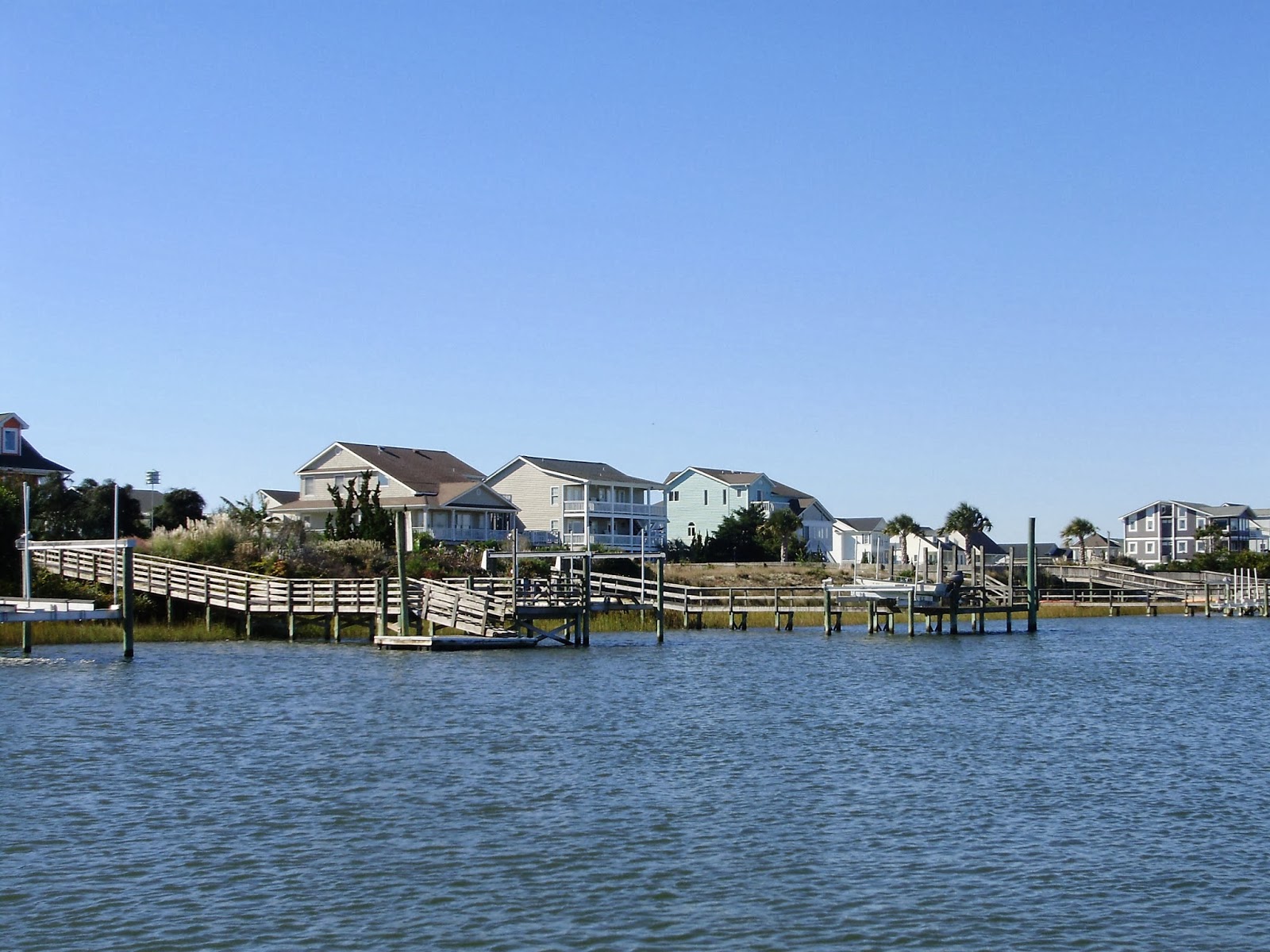 Our favorite sections of the ICW are lined with trees, swamps, and occasional wildlife. A few fishing settlements. However, much of the ICW in southern North Carolina and northern South Carolina is now lined with hundreds of extravagant, newly constructed mansions.

Many of them are eminently suitable for a four-family commune. 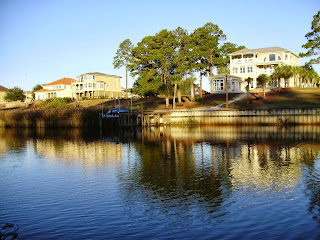 Some are straight out of The Godfather. 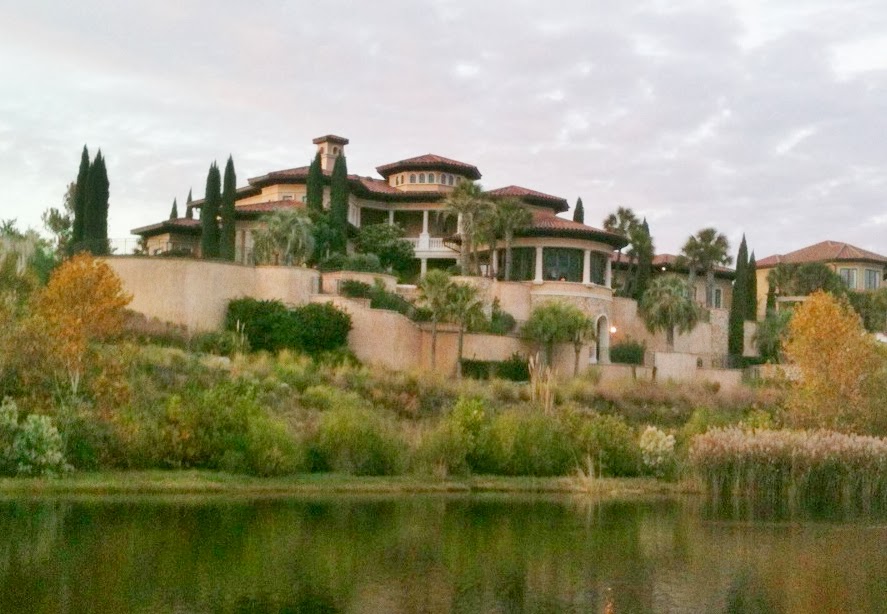 We haven’t seen a soul in or around the meticulously furnished, exclusively landscaped homes. Without the personal touch, they are large, lifeless blocks of wood, stone and glass. No cars in the driveway. Only a third of the boat docks are occupied, and no one has come or gone on those boats during our journey. Flown to the islands for the winter? Huddled indoors around the fireplace? Or not occupied at all? It’s not clear. Whatever the reason, winter on the waterway, at least in the developed areas, appears to be a lonely place, devoid of humans--let alone a place of wonderment. 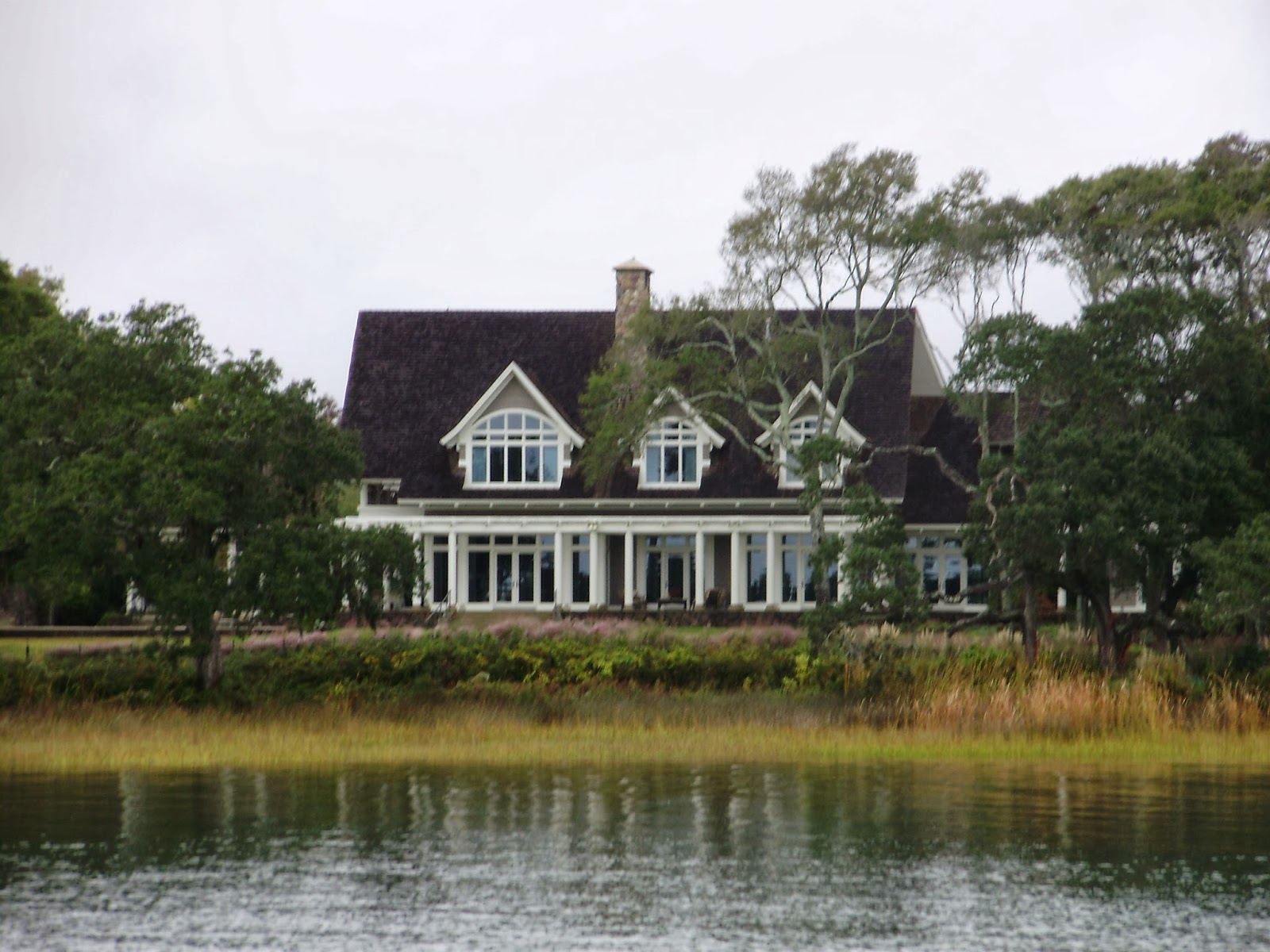 Even the marina we stopped at last night was closed up tight, the million-dollar yachts stored for the winter. We didn’t have to pay because no one was around to collect. Which suited us just fine, having just spent $700 to fix our water pump.


The other boats heading south passed us by, while we paused to replace the water pump. Probably all in Florida by now. (Though I hear that temperatures in Jacksonville are also in the 30s.)  Even without the breakdown, we average 5 knots per hour, while many boats average 7 or 8.


A few days ago, finally, we detected a pulse in the waterside development—at a trailer park! A couple hundred RVs and a few mobile homes. People were actually LIVING in the park—unlike the fancy houses. It was a busy, thriving community, with people working in their yards, chatting on porches, going fishing on their boats. 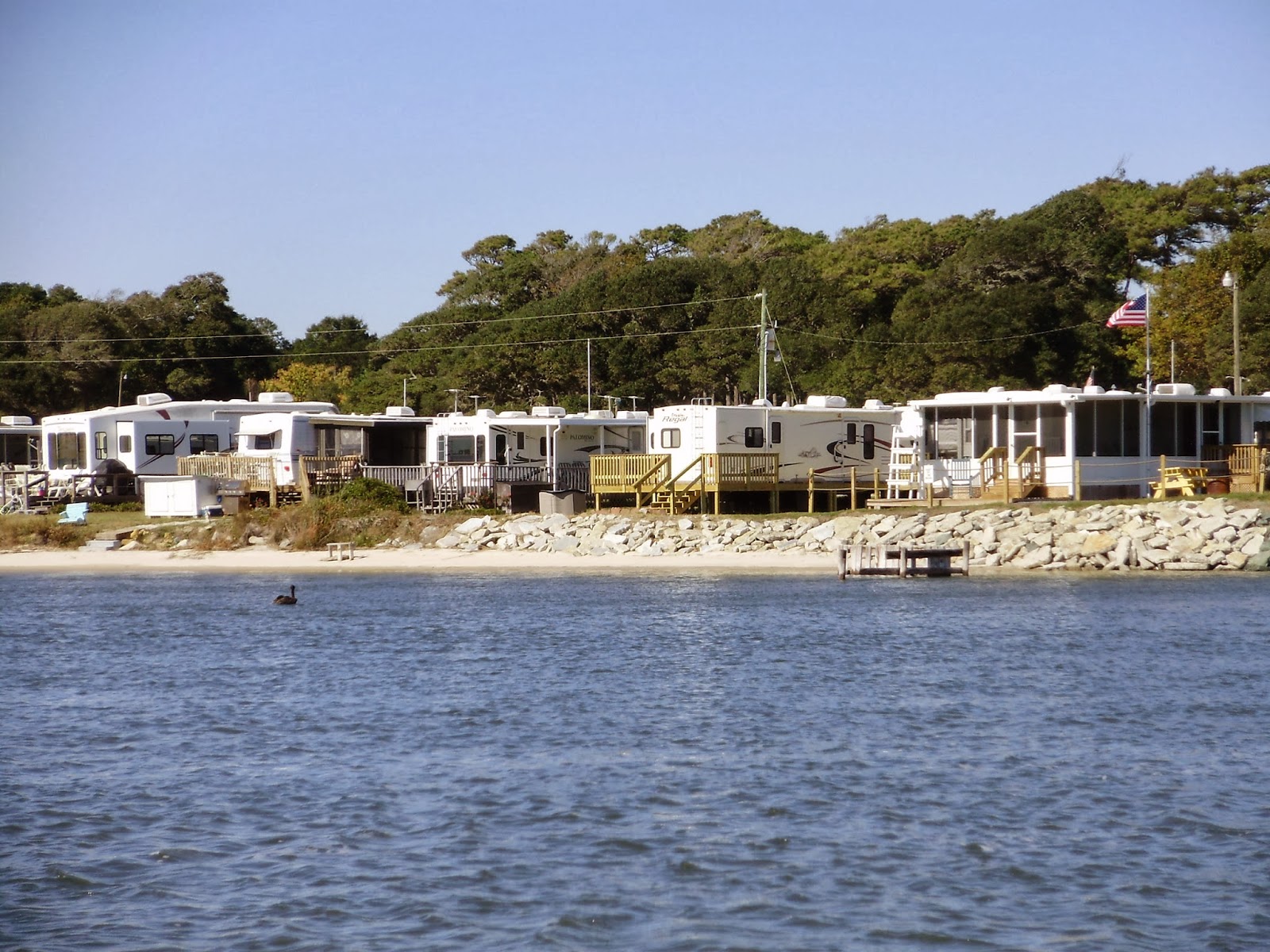 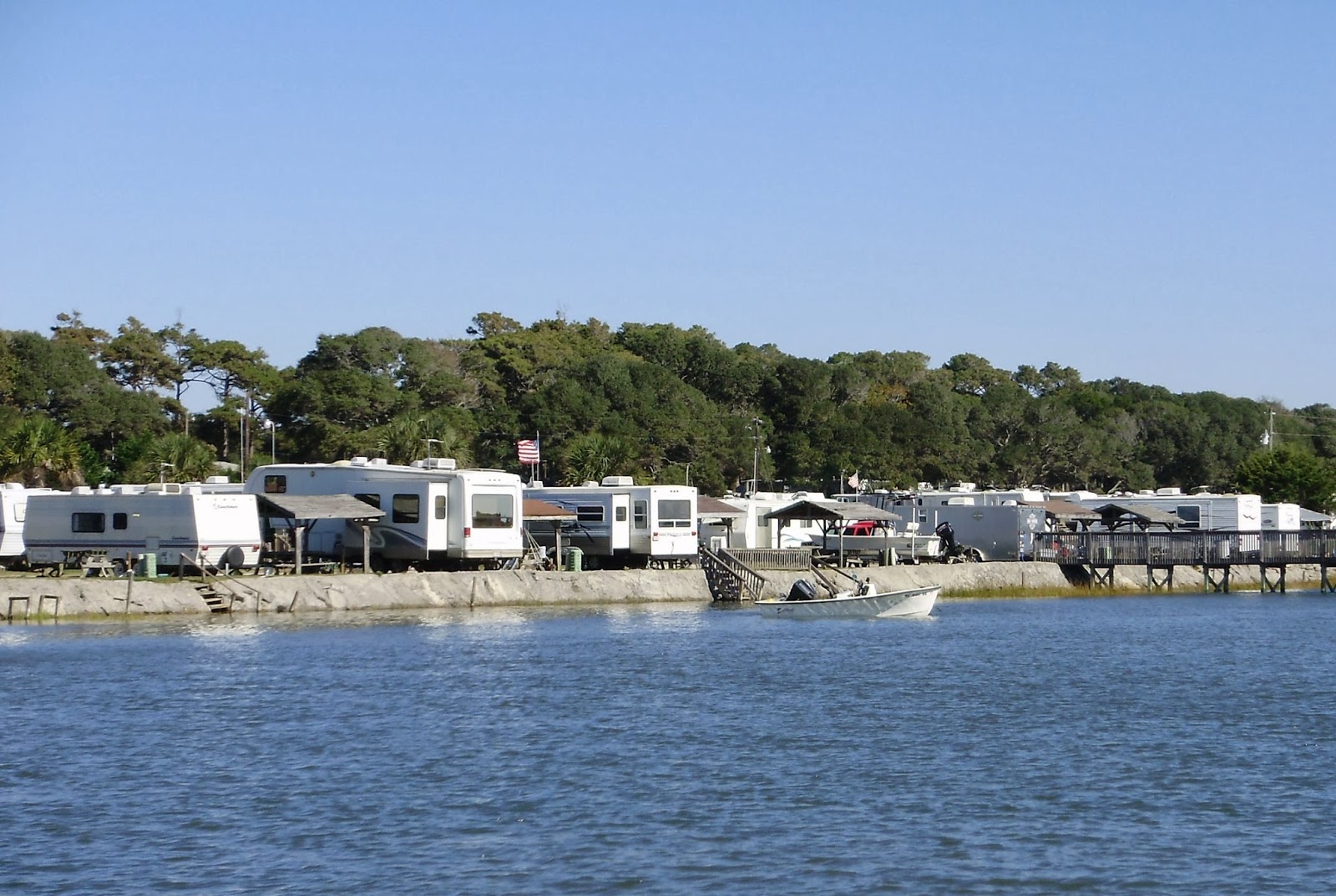 A surprising and refreshing change, and the closest we’ve seen to a watery wonderland in this region of rampant construction, as the blustery winter sets in.
Posted by my alias Amber Jones Adventures at 1:45 PM