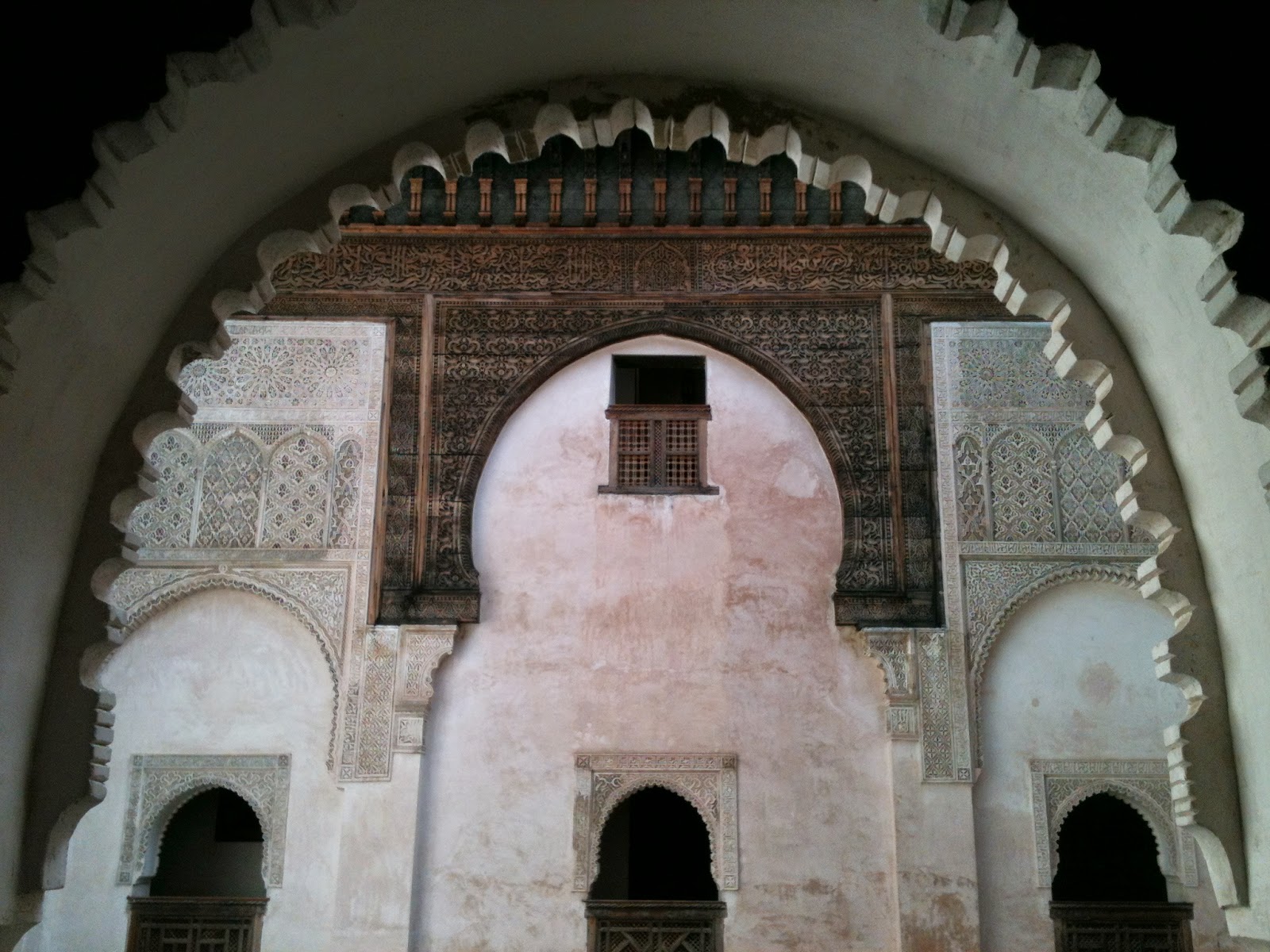 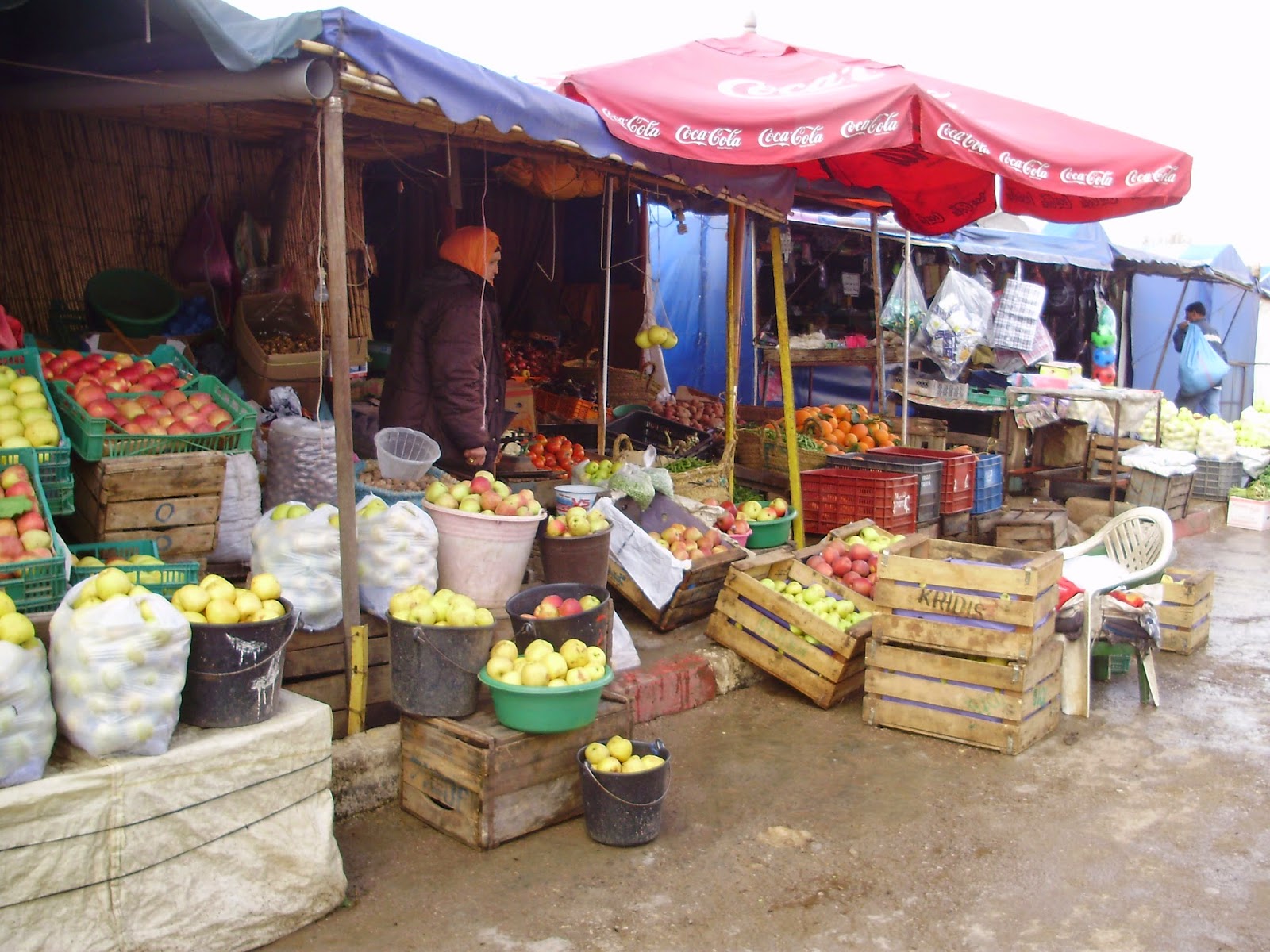 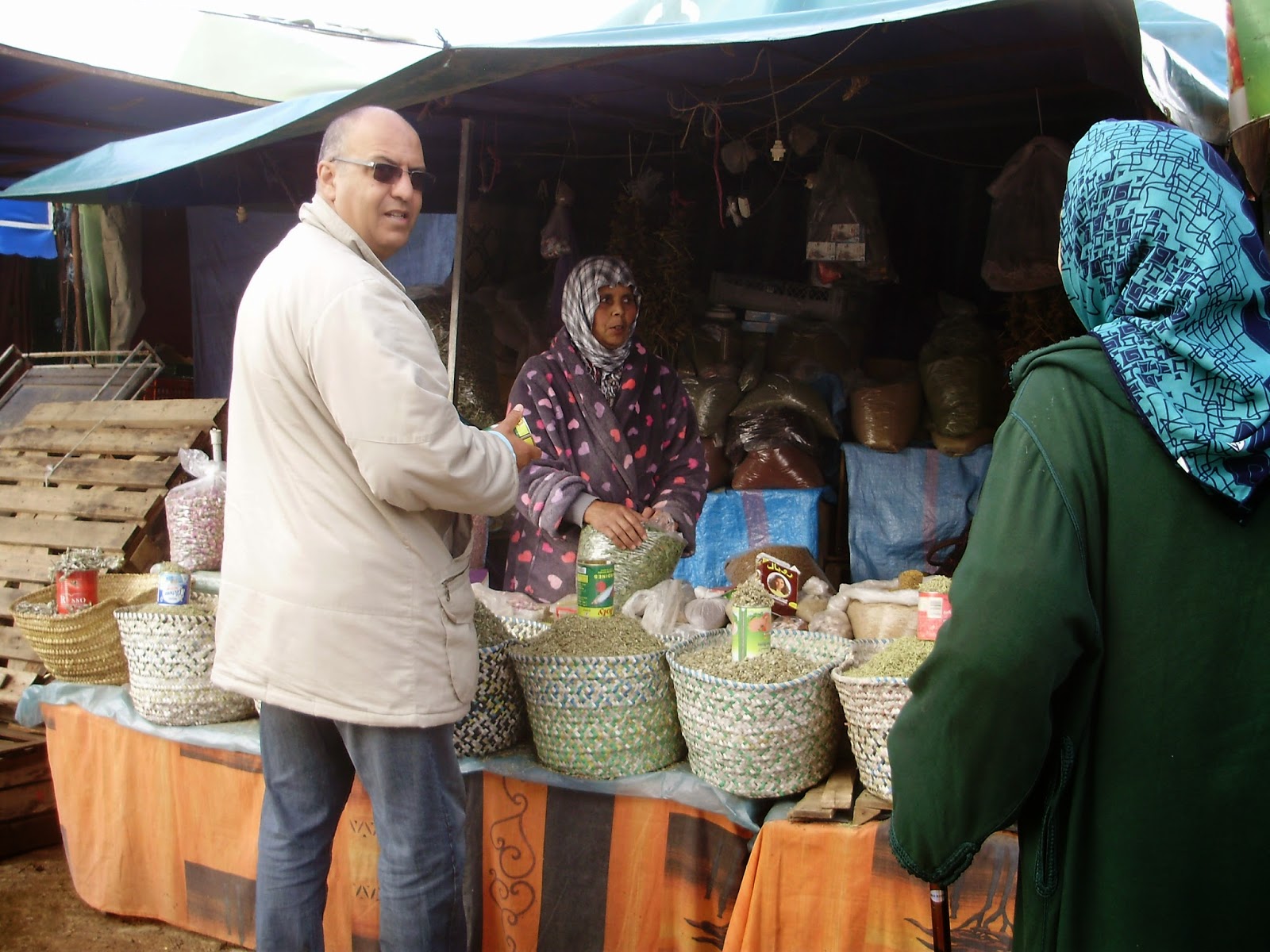 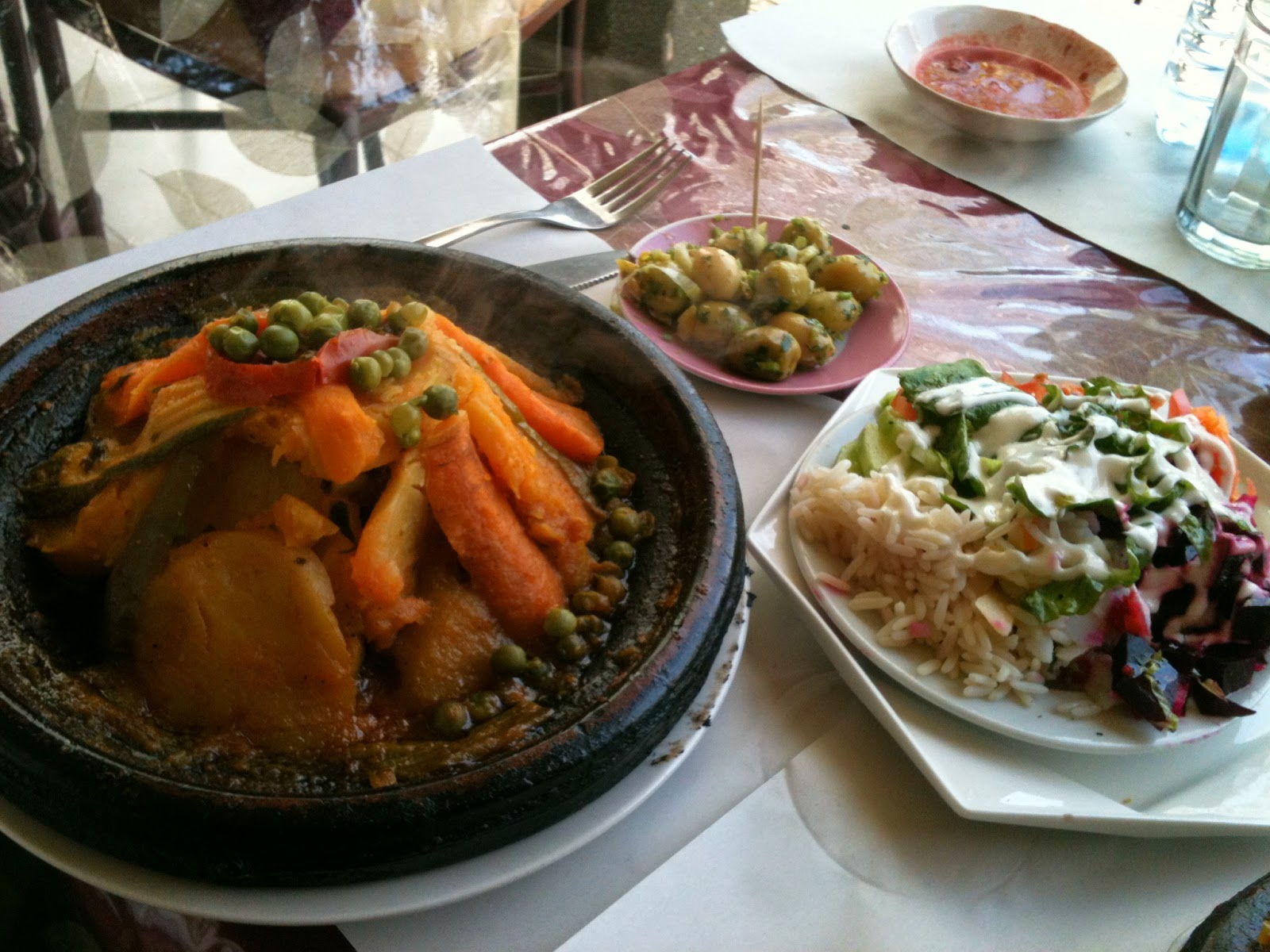 Carrots and vegetables in a Moroccan tagine--a stew baked and served in a clay pot with a hole in the top to release steam; all meals are served with a  plate of olives 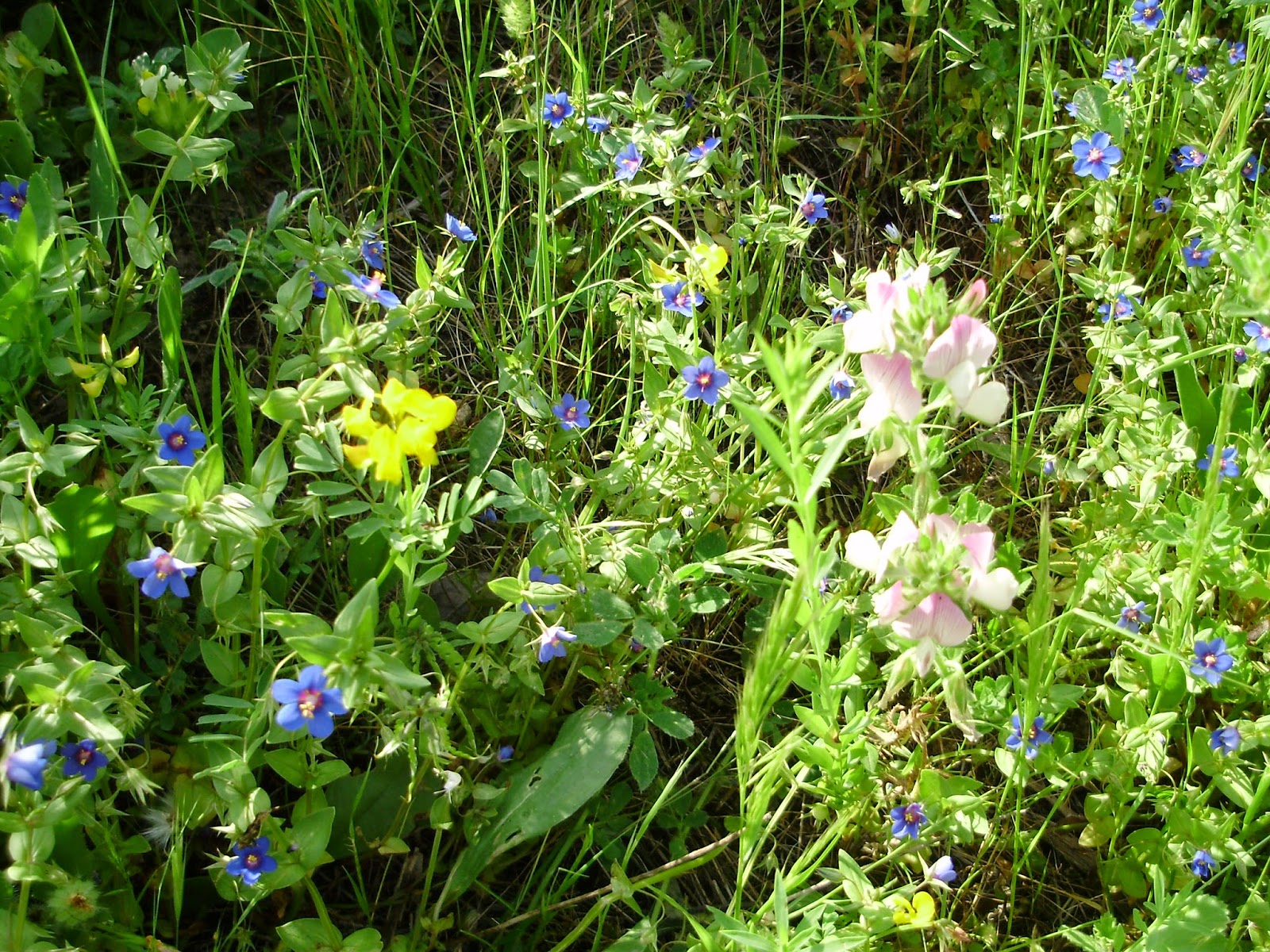 Spring wildflowers in the Middle Atlas Mountains
Hear the din: high-pitched call to prayer five times a day over loudspeakers; hawking and haggling for passengers at the local bus station; pigeons cooing in the towers of mosques; cries of "watch out" in Arabic as donkey carts pass through the narrow, crowded lanes of the medina; mixture of languages from times past and nearby nations. 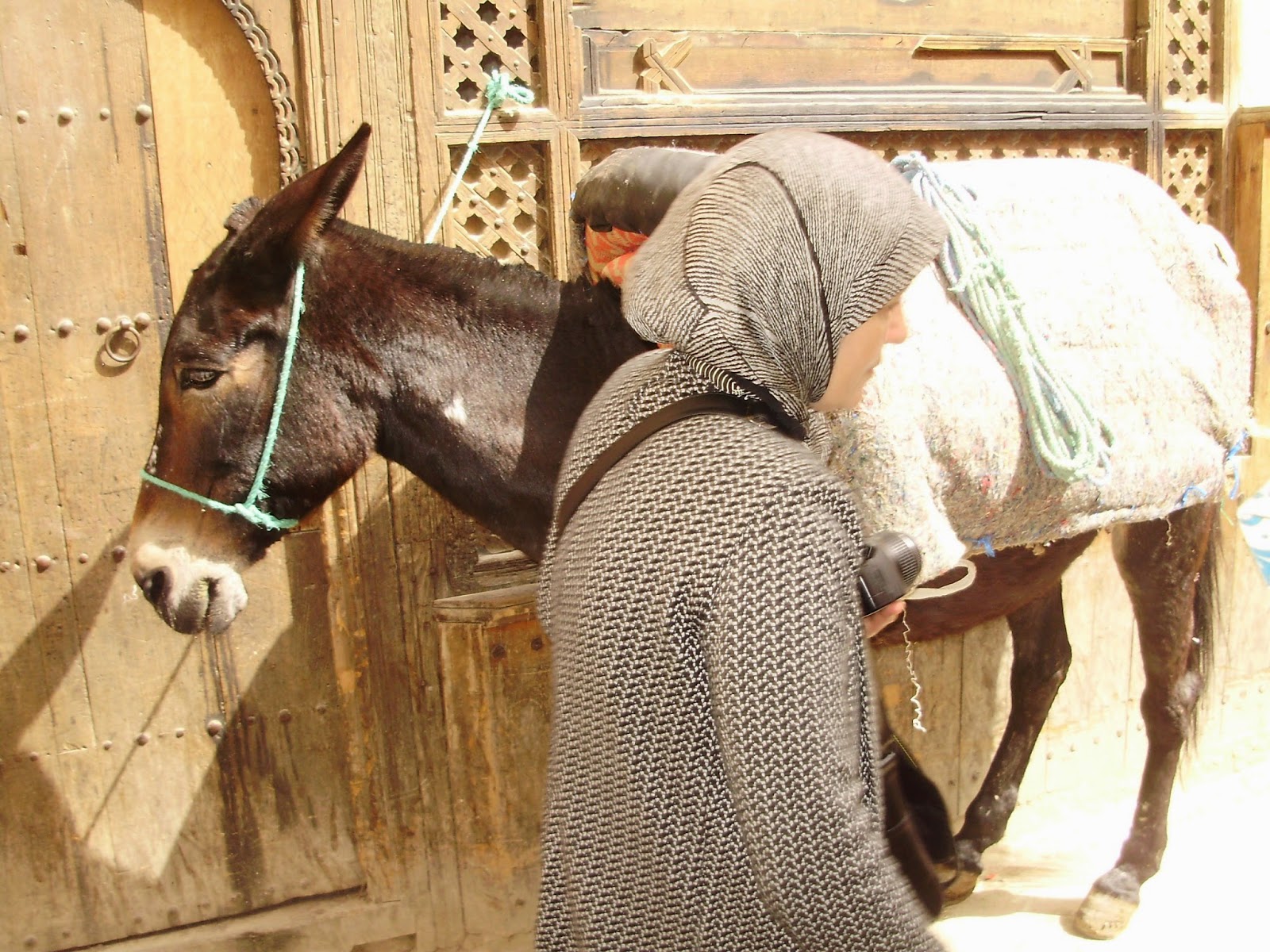 Donkeys are a primary means of transport in Morocco, both in crowded cities and in simple country dwellings far from the nearest market; they are generally quiet and cooperative but can kick up a fuss when heavily laden with goods 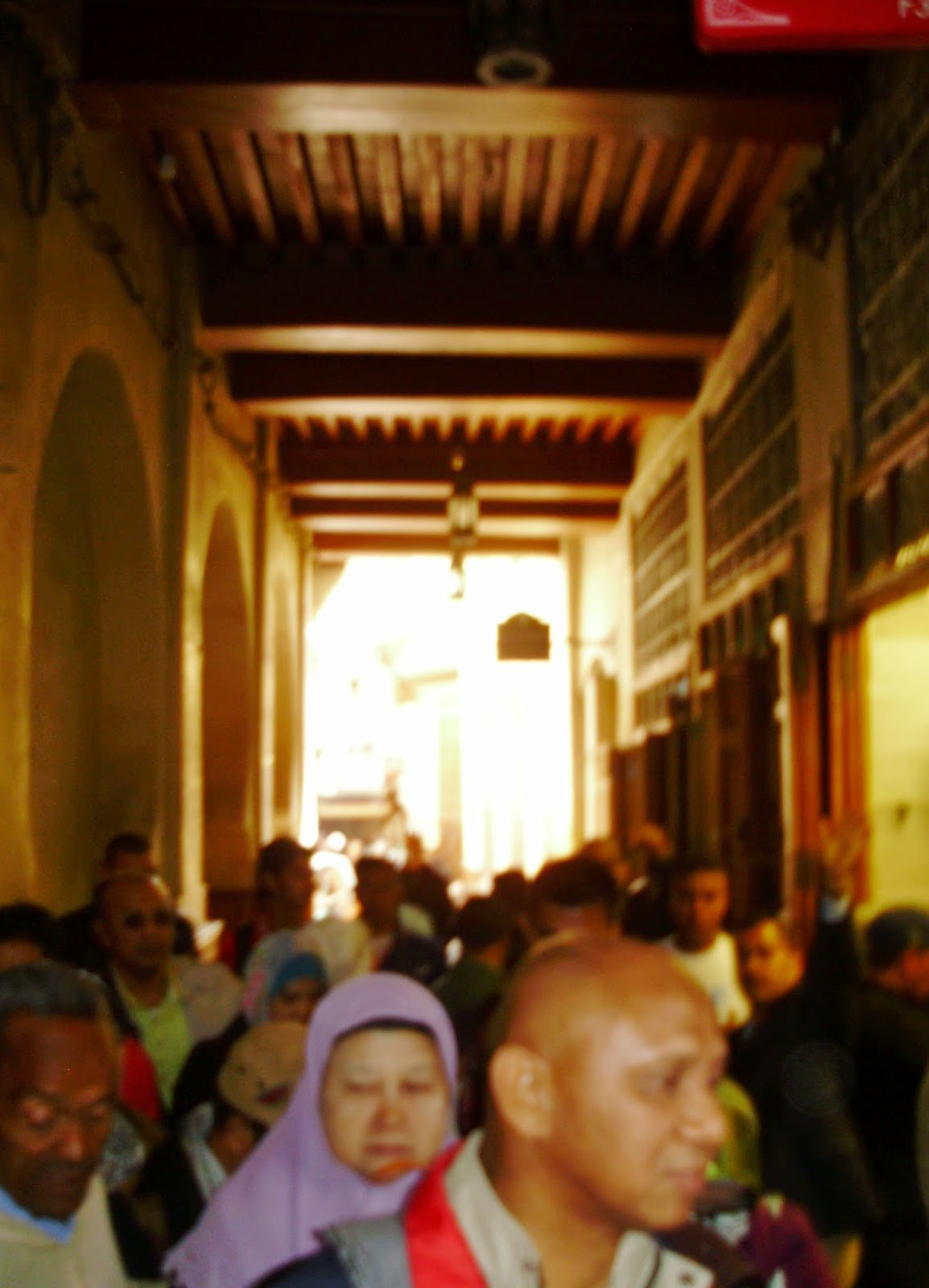 In the medina, the din is non-stop; shopkeepers and pedestrians give way to donkeys, carts, men carrying boxes, goods, and produce; most commerce comes to a halt during prayer 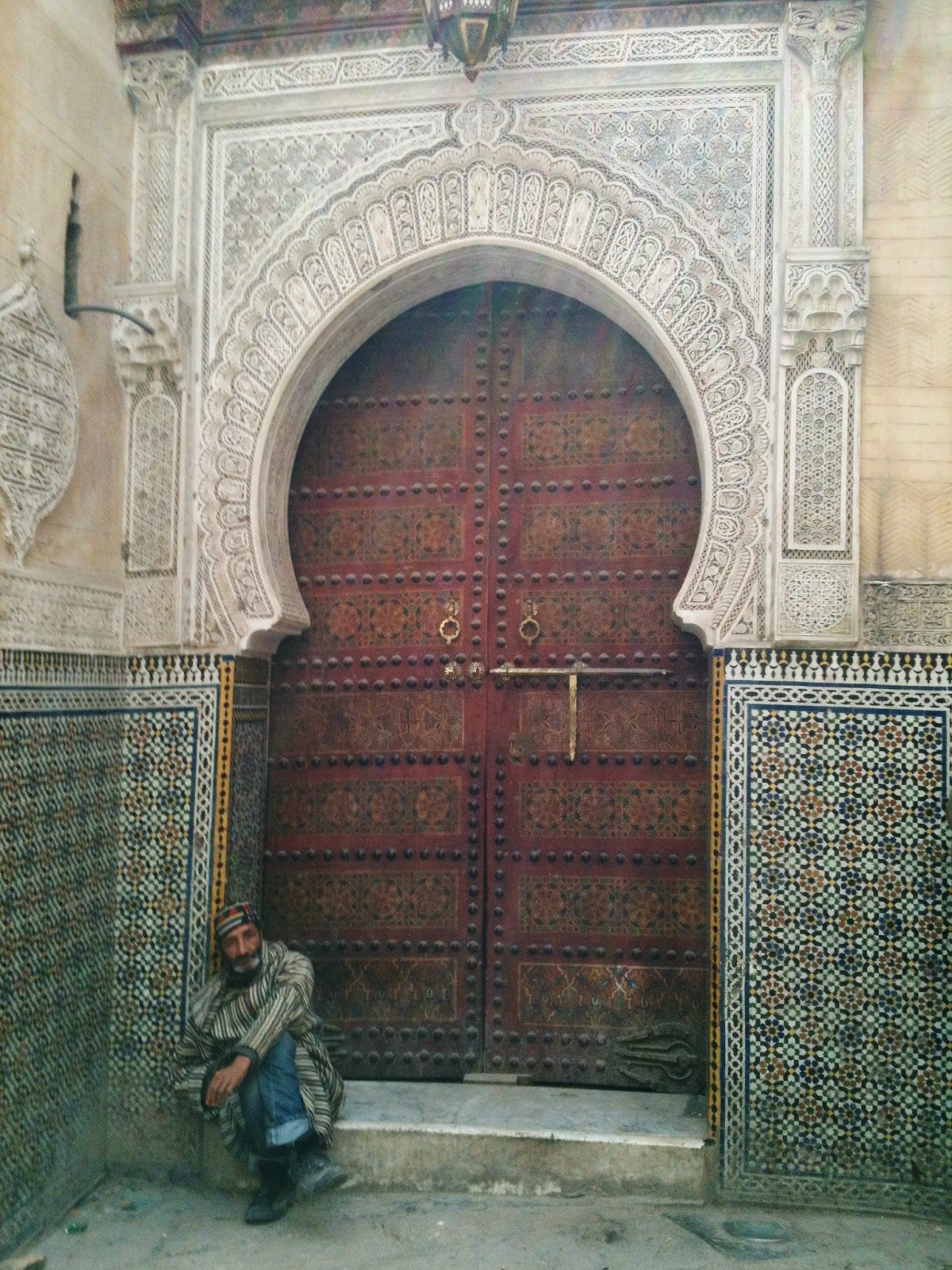 The mosques on every corner become hushed houses of worship after call to prayer at dawn, noon, afternoon, sunset, and evening

Imagine this: Roman ruins whipering of more decadent times. Jewish cemeteries, witnesses to long-gone populations. Conquerors after conquerors after conquerors. Layers upon layers of culture, each one adding tradition and architecture. City walls as strict symbols of rules and religion, in contrast with creative calligraphy with free-flowing flourishes. 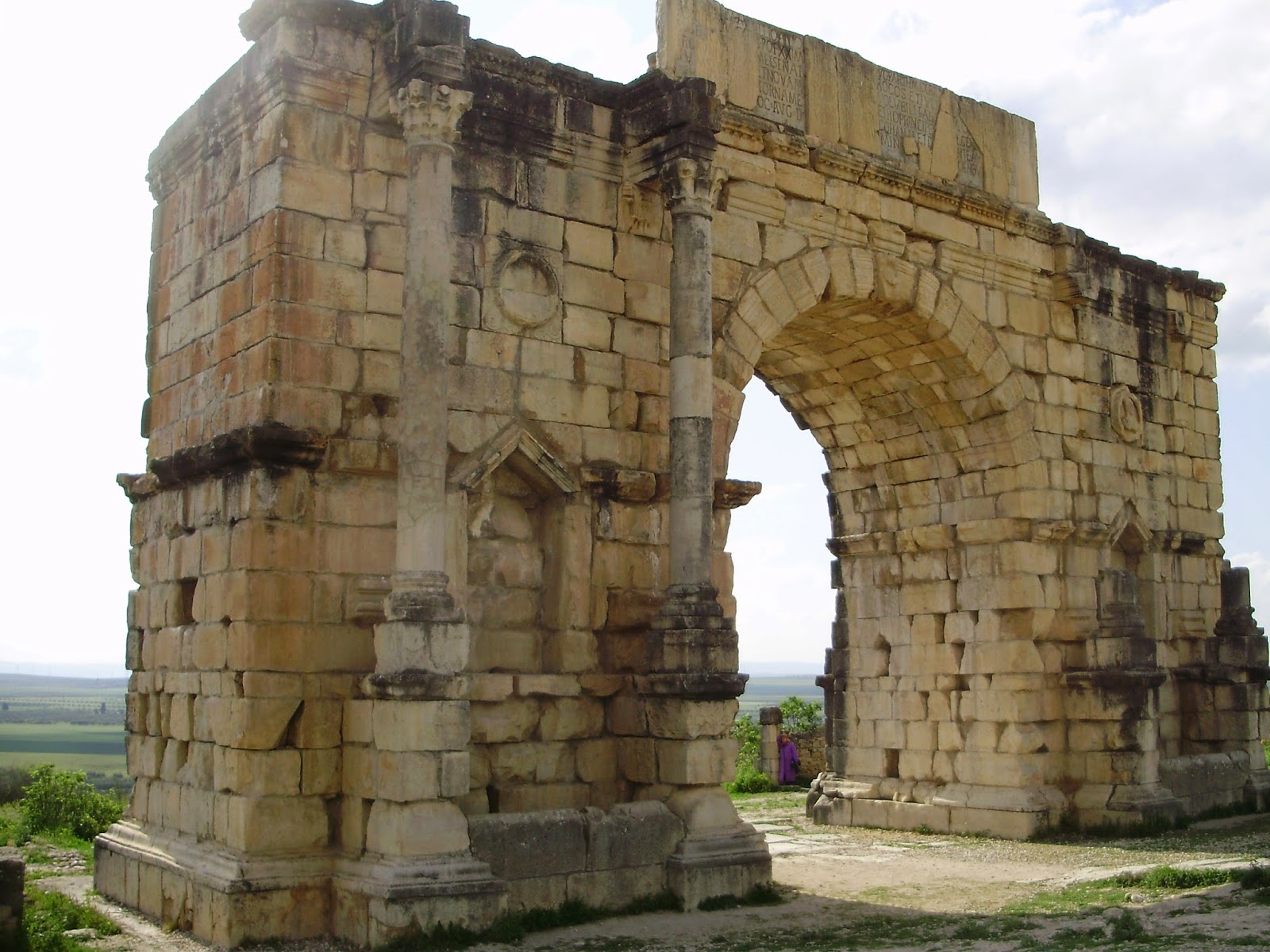 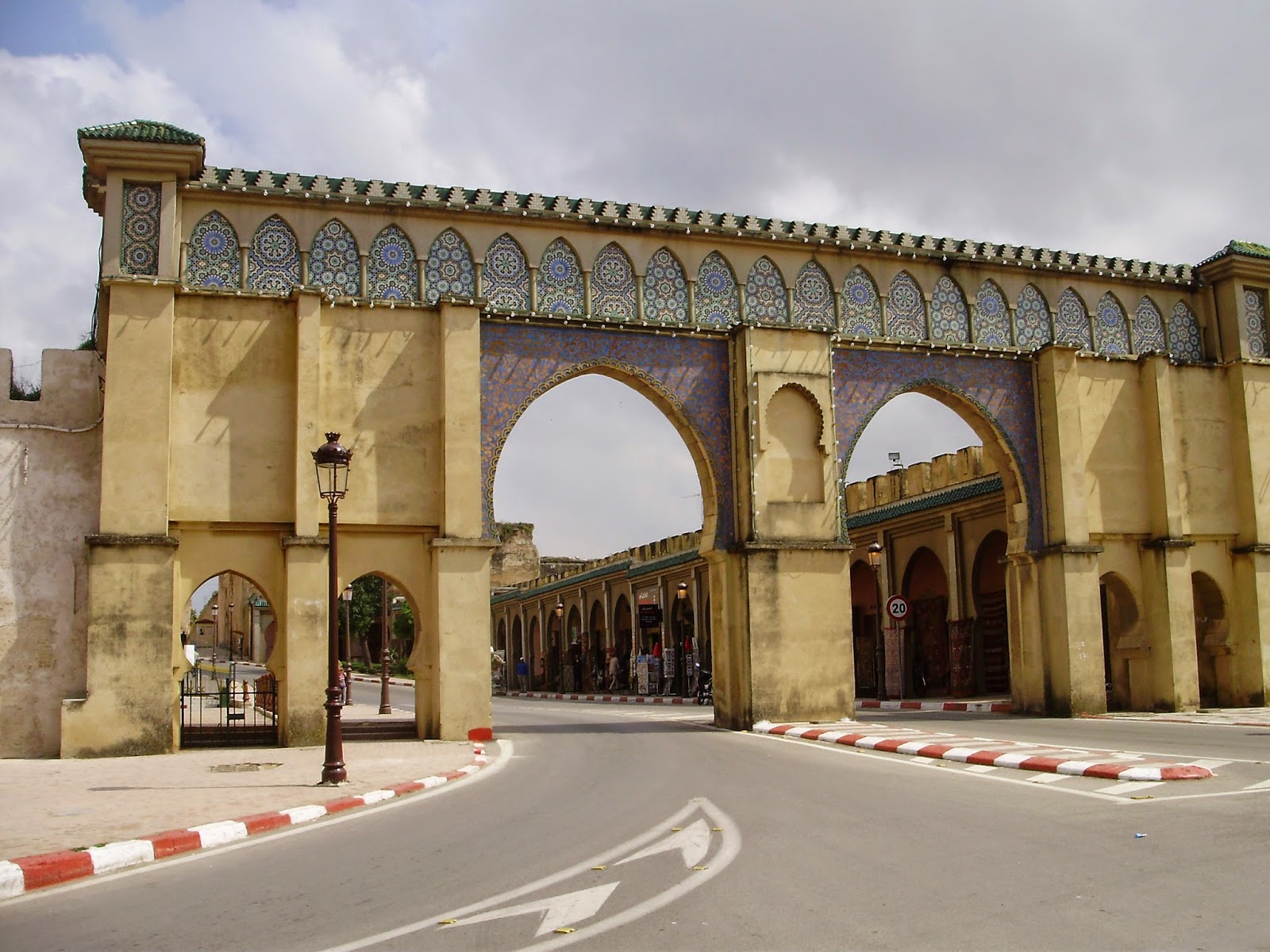 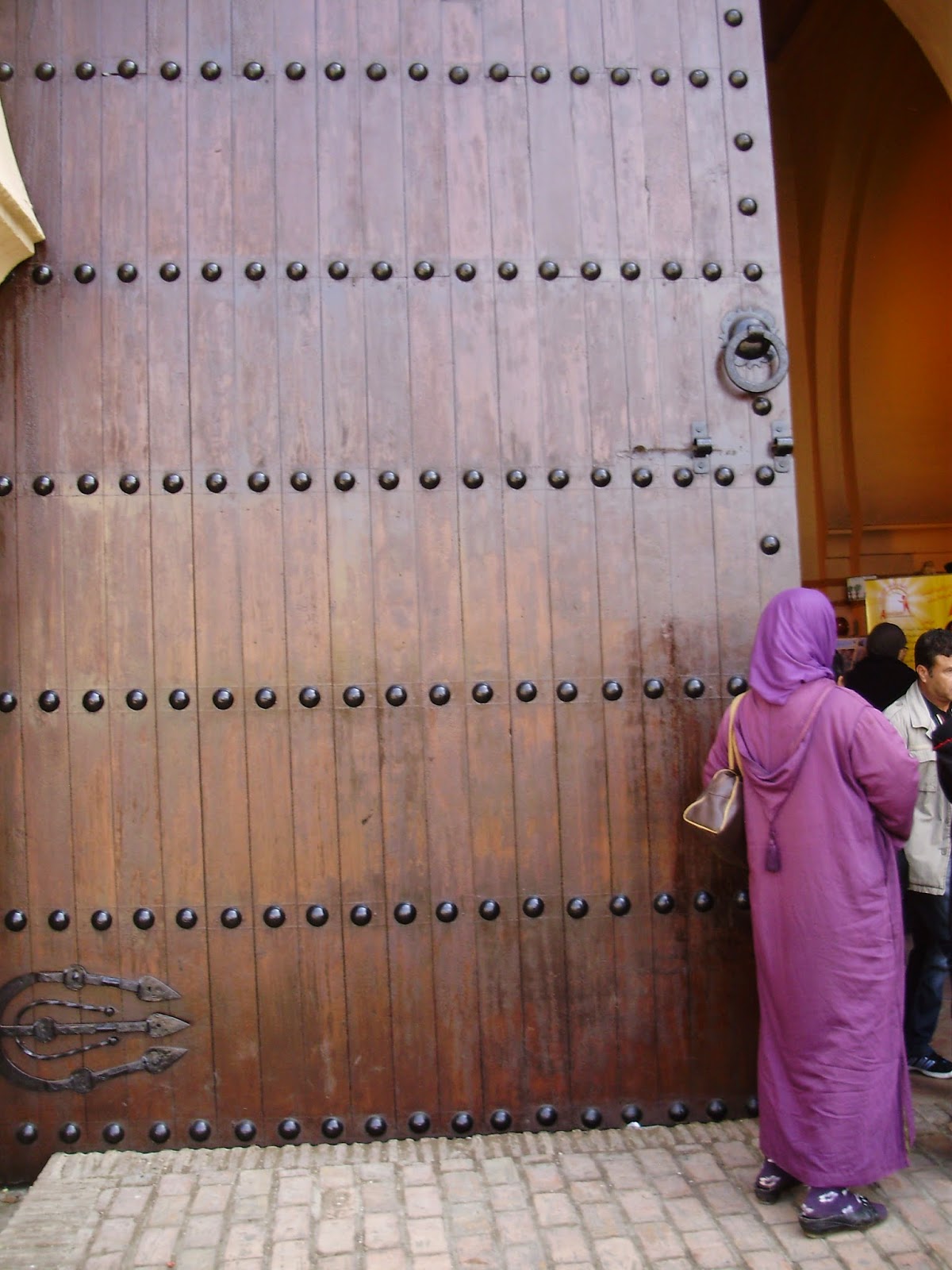 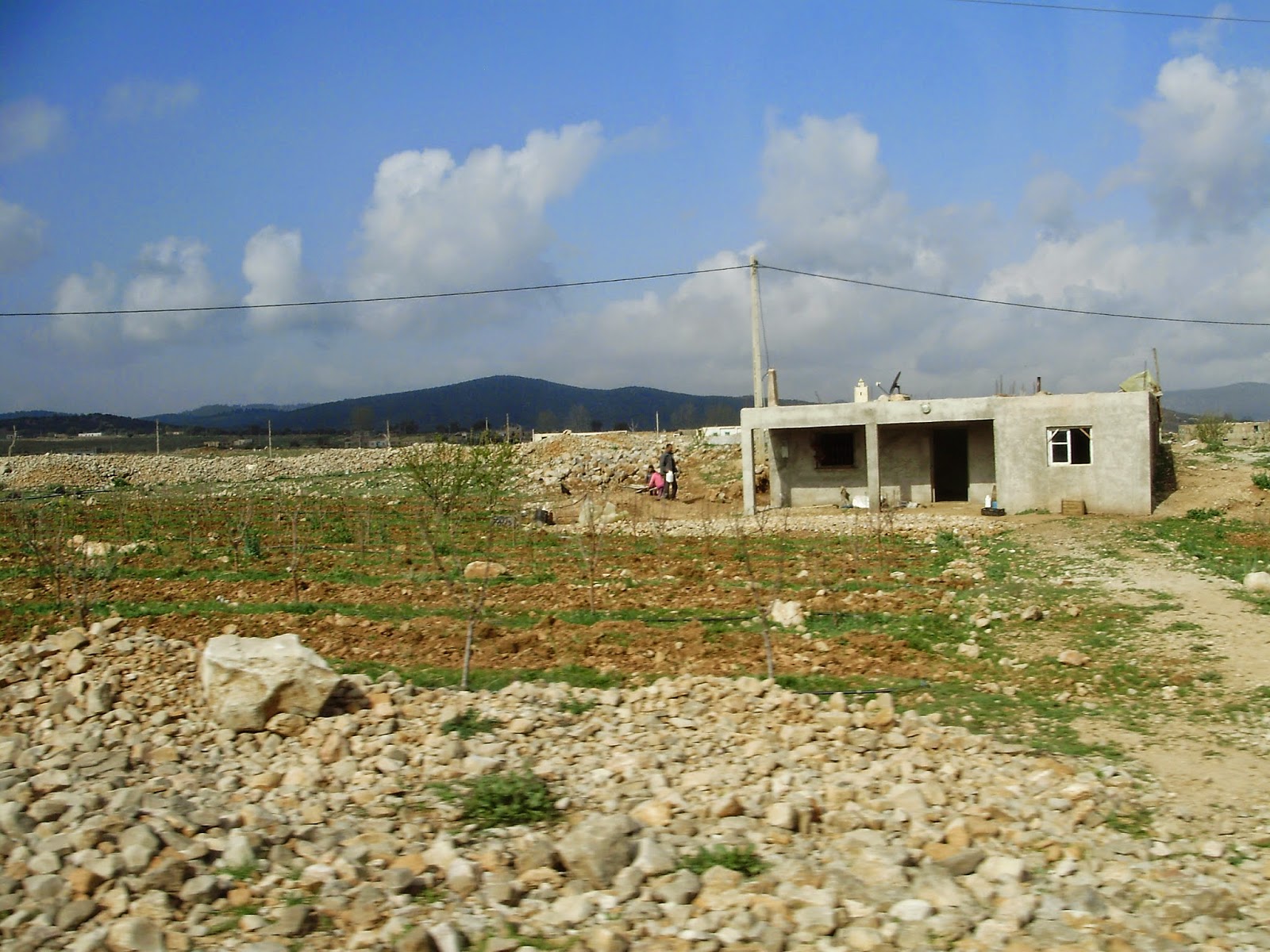 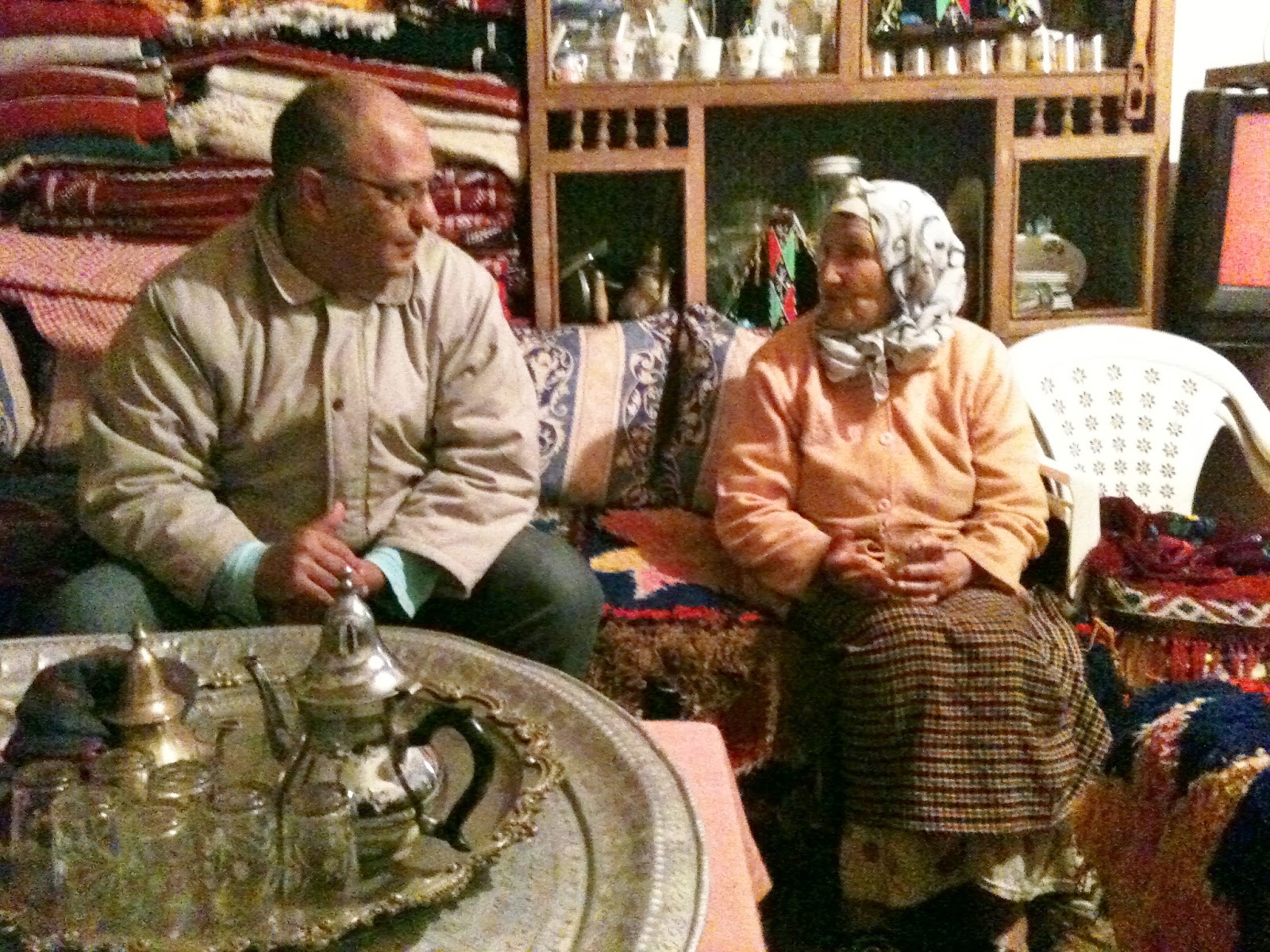 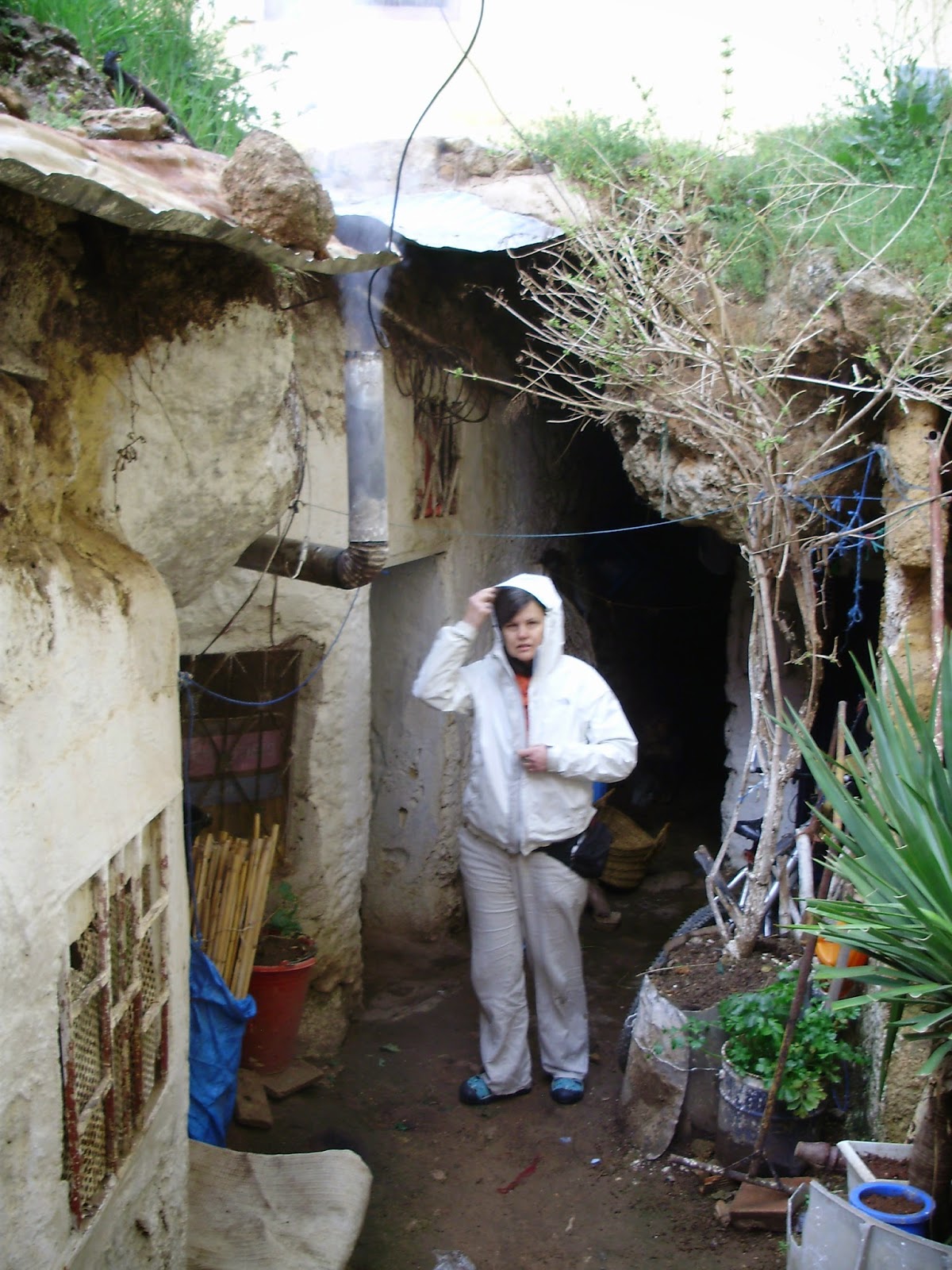 A leftover from another century: our hired driver, Driss Mechkaka of Fes, Morocco, relaxing over tea with a traditional Berber woman who welcomes visitors to her tiny, one-room, underground cave dwelling in Immouzer du Kandar for a small token of a few coins; at bottom, Linda in the entrance to the cave 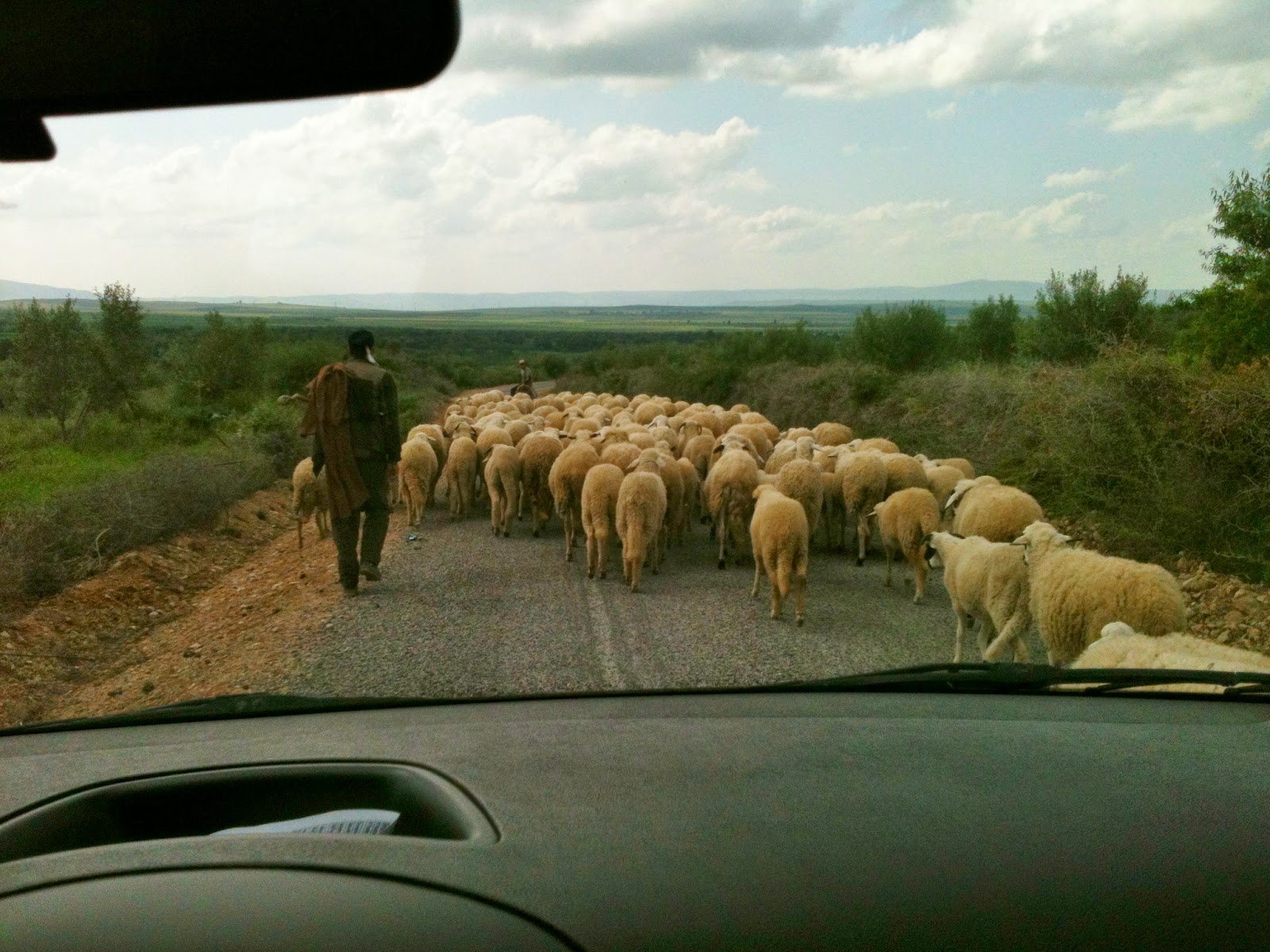 Conflict between traditional ways of life and modern conveniences: excuse me, my friends, give me 10 or 15 minutes to get my sheep out of the way of your 4-wheel-drive van!


The rest of our journey in Morocco was relatively uneventful. Thank goodness. My travel-weary body was on its last legs--literally. My knees buckled on the umpteenth trip down high steep stairs, crumbling under the weight of a stuffed daypack and two-ton handbag. Too many African souvenirs...?

A very nice employee of the Riad Assilah in Chefchaouen--our favorite spot--picked me up and (we assume) commented in Arabic on how successful our shopping must have been. Then she called ahead to confirm the ferries were running, and consulted with our driver about the best port to catch the boat, given our previous snafu. Many thanks, Fatyeh. We loved your hotel!
Posted by my alias Amber Jones Adventures at 4:31 AM