At Least They Had a View

In France, there are a few hundred stone castles, chateaus, manor houses, and the like. Ten percent of them are in the Dordogne River region. Every town, hamlet, or mountaintop seems to have at least a small chateau. 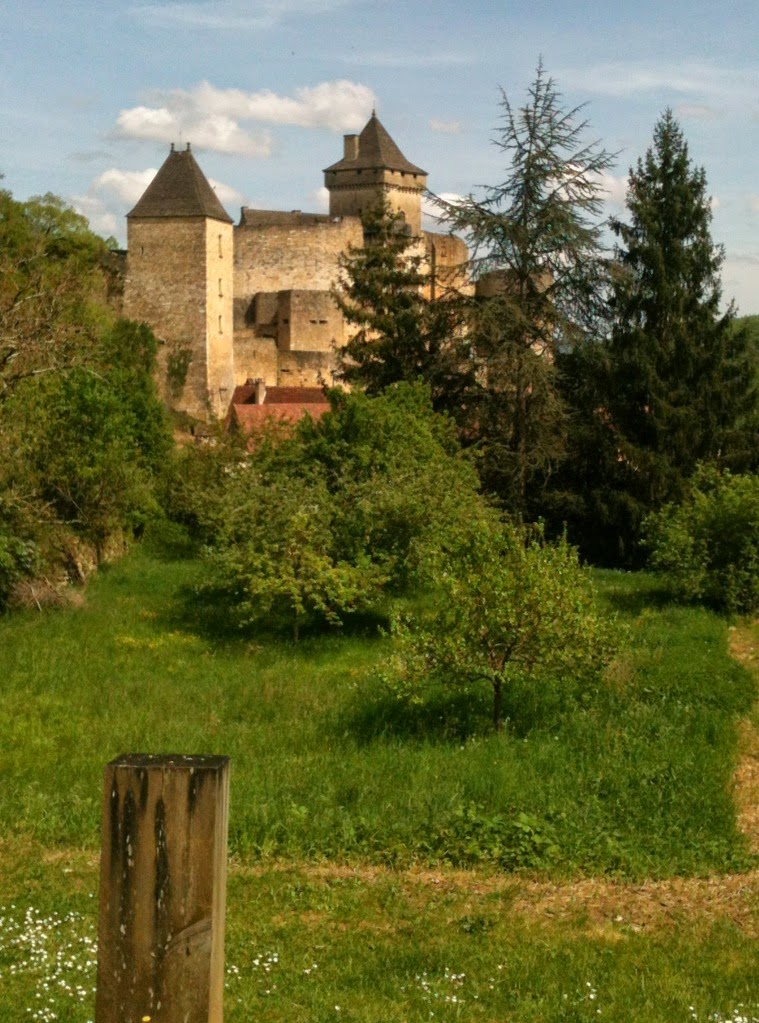 Most of them were built (and rebuilt) from the 12th to 17th centuries as strongholds to defend the interests of the various dukes, marquises, lord-equivalents, distinguished military officers, and grabby landholders who somehow came up with enough money to build them. They were frequently the site of fierce battles to fend off conquerors, or the base for campaigns against quarrelsome enemies like political opponents loyal to the wrong king, brothers who inherited more than their share of a prosperous estate, or pesky Huguenot (Protestant) rebels.

Thus, most of the castles were heavily fortified, built on the tops of small mountains or big rocks. Many of them were on the sites of former Roman fortresses. 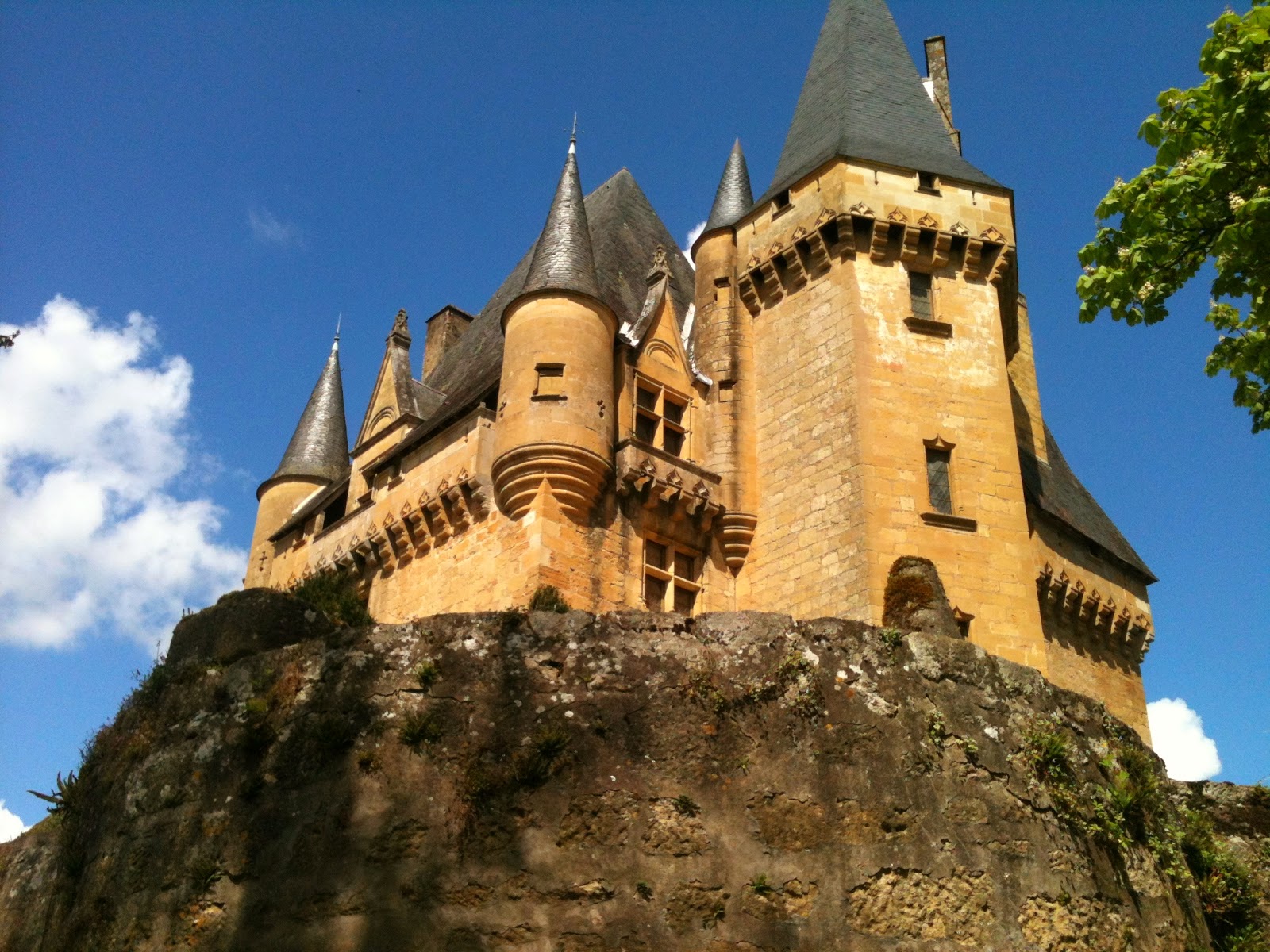 Security measures included being surrounded by multiple stone walls or moats, with gun turrets in the towers, heavily protected entryways, and iron-reinforced doors. 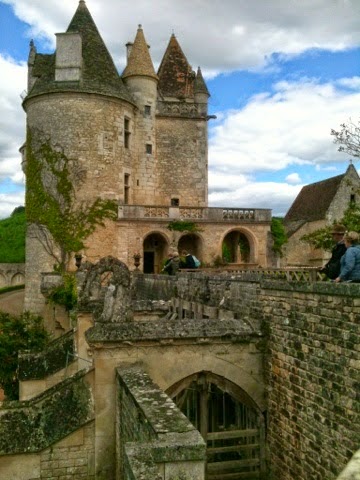 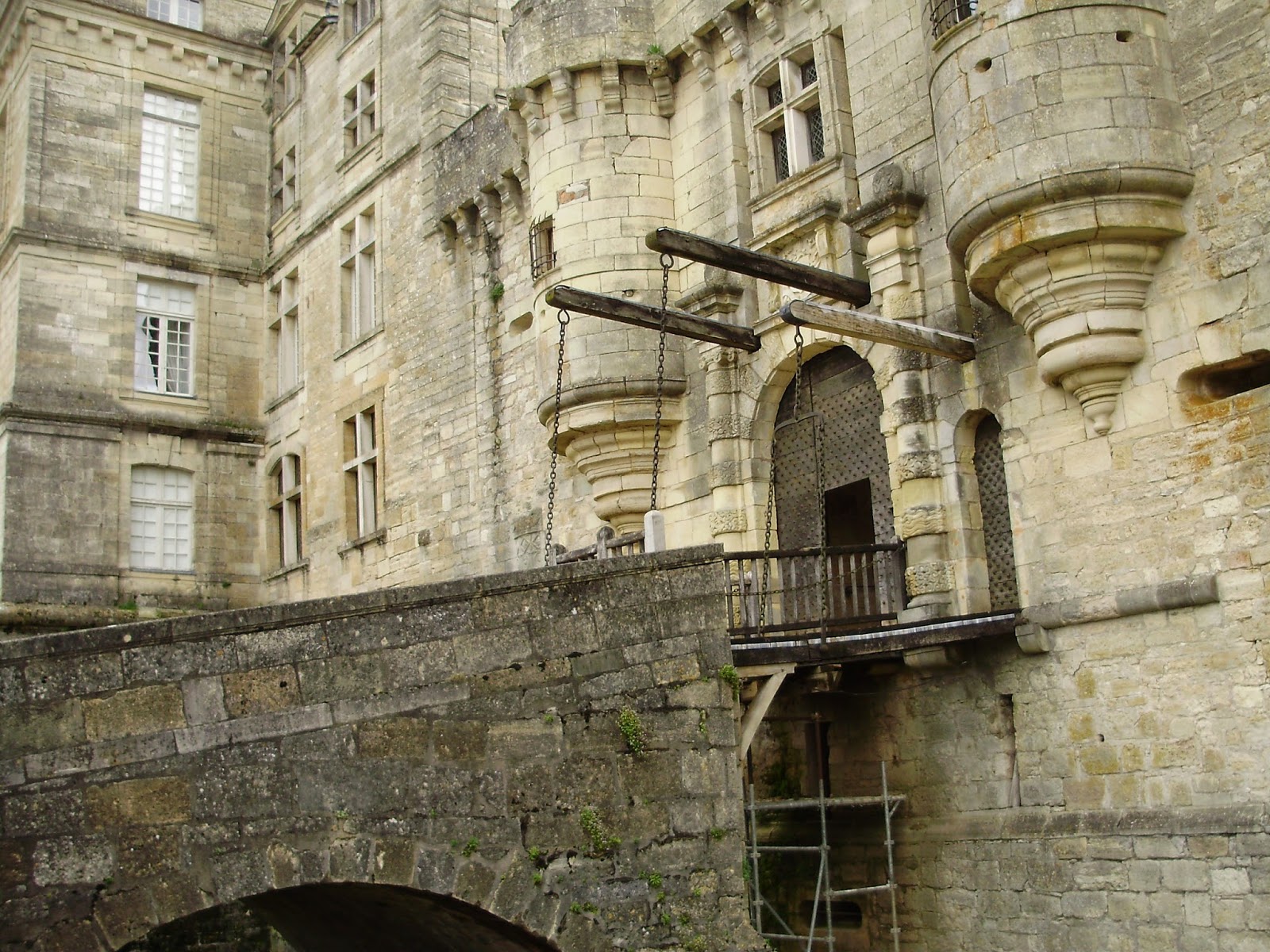 Having toured a castle or two this week, I can tell you that conditions can be pretty dismal inside in the spring, let alone in fall and winter. Chilly and damp even when the sun is shining hot and bright outside. Dark and dreary, with few openings for natural light. Hard on the feet--all that stone. 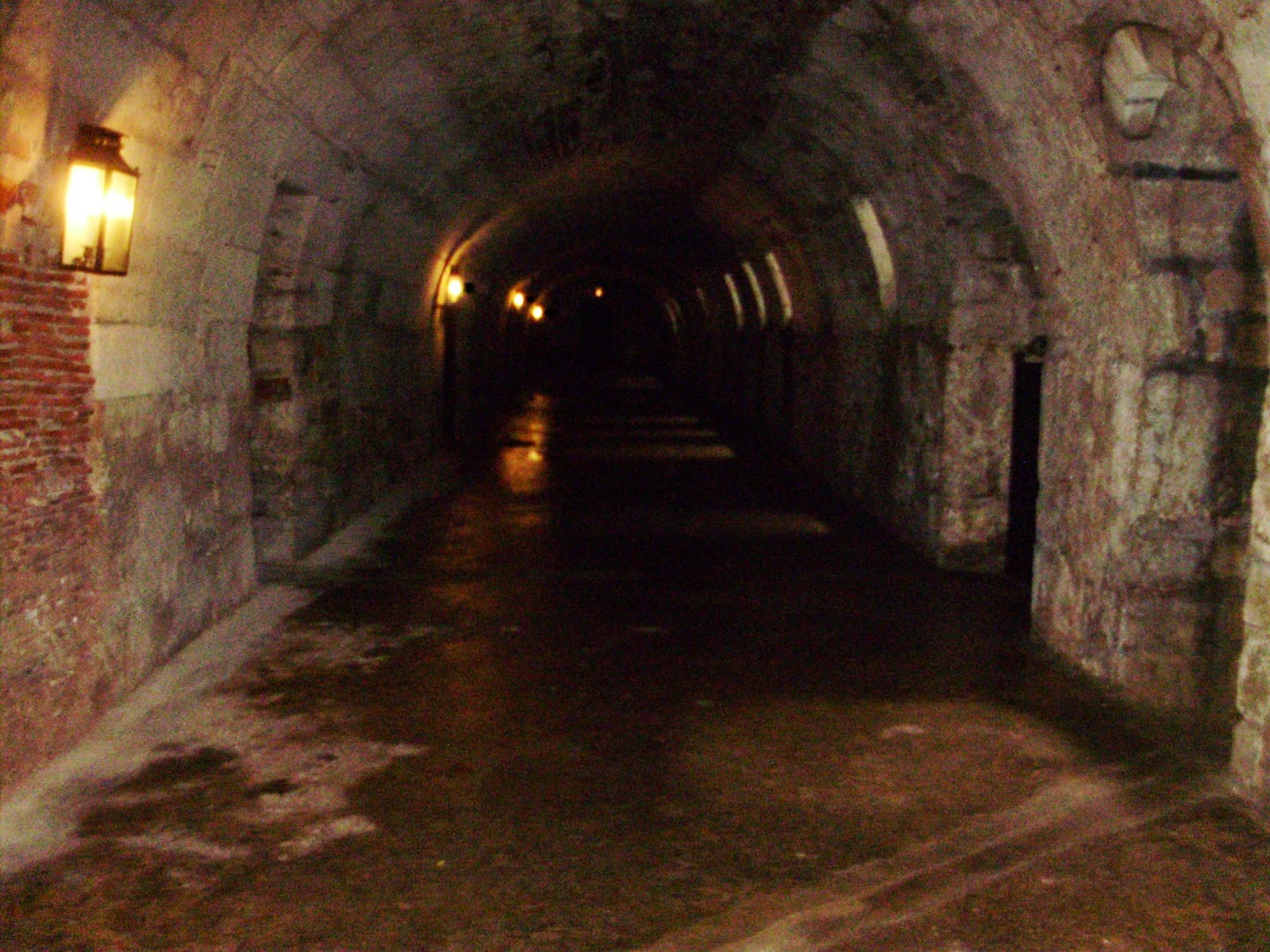 Chateaus and manor houses built after the Renaissance were slightly more up-to-date on the comfort level, usually constructed at ground level, with windows and ballrooms, at times when getting rich on vineyards and wine production was more lucrative than fighting religious wars. Still pretty cold inside those large blocks of stone, though. Just ask me--we stayed in two historic, solid-stone buildings without central heating. At least we had indoor plumbing and electricity! 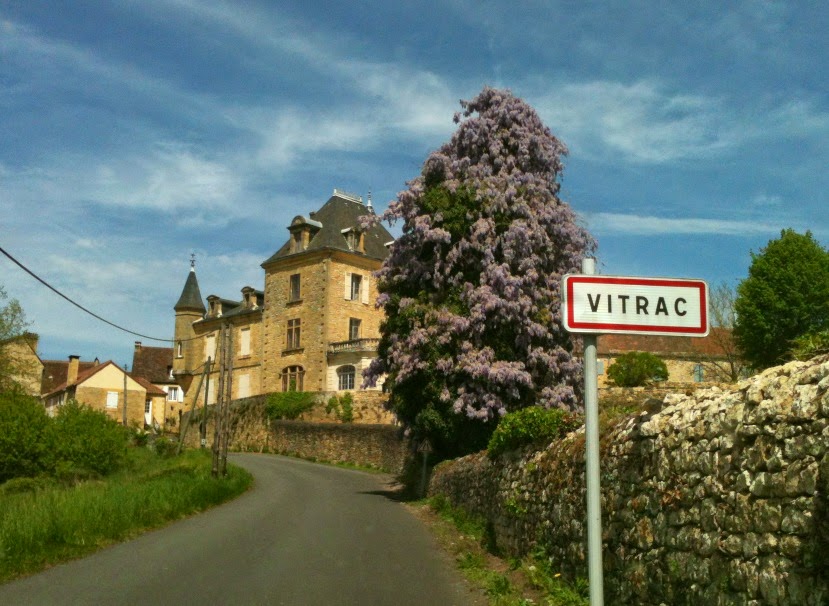 So what did the ferocious and wealthy landowners do to balance the dismal living conditions in earlier days? There were undoubtedly women of the court, probably lavished with riches and jewelry in return for small favors. And the castle warriors had lovely views from their lofty perches. They could survey the trees, birds, rivers, and peasants plowing their fields while scanning for approaching enemies. 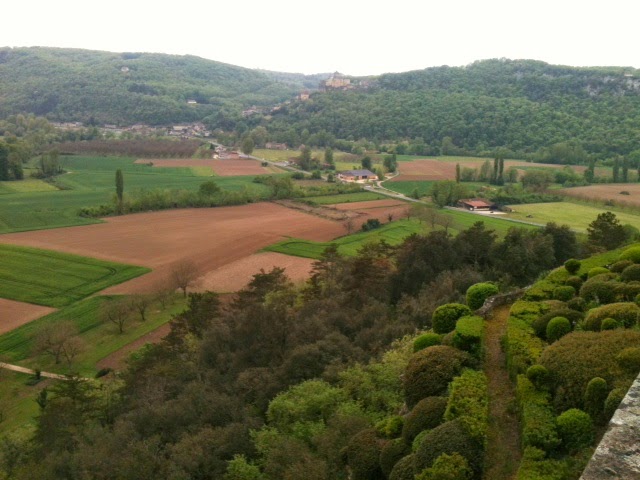 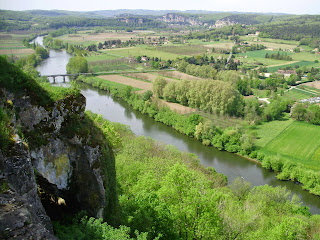 The warlords--or lords and ladies, depending on the century and nature of the court--could gaze down on the roofs of their subjects, or whatever population happened to rely on the protection of the local landholder in any given era, in return for being taxed with a share of the crop, or, in some cases, the whole darn harvest along with their firstborn. 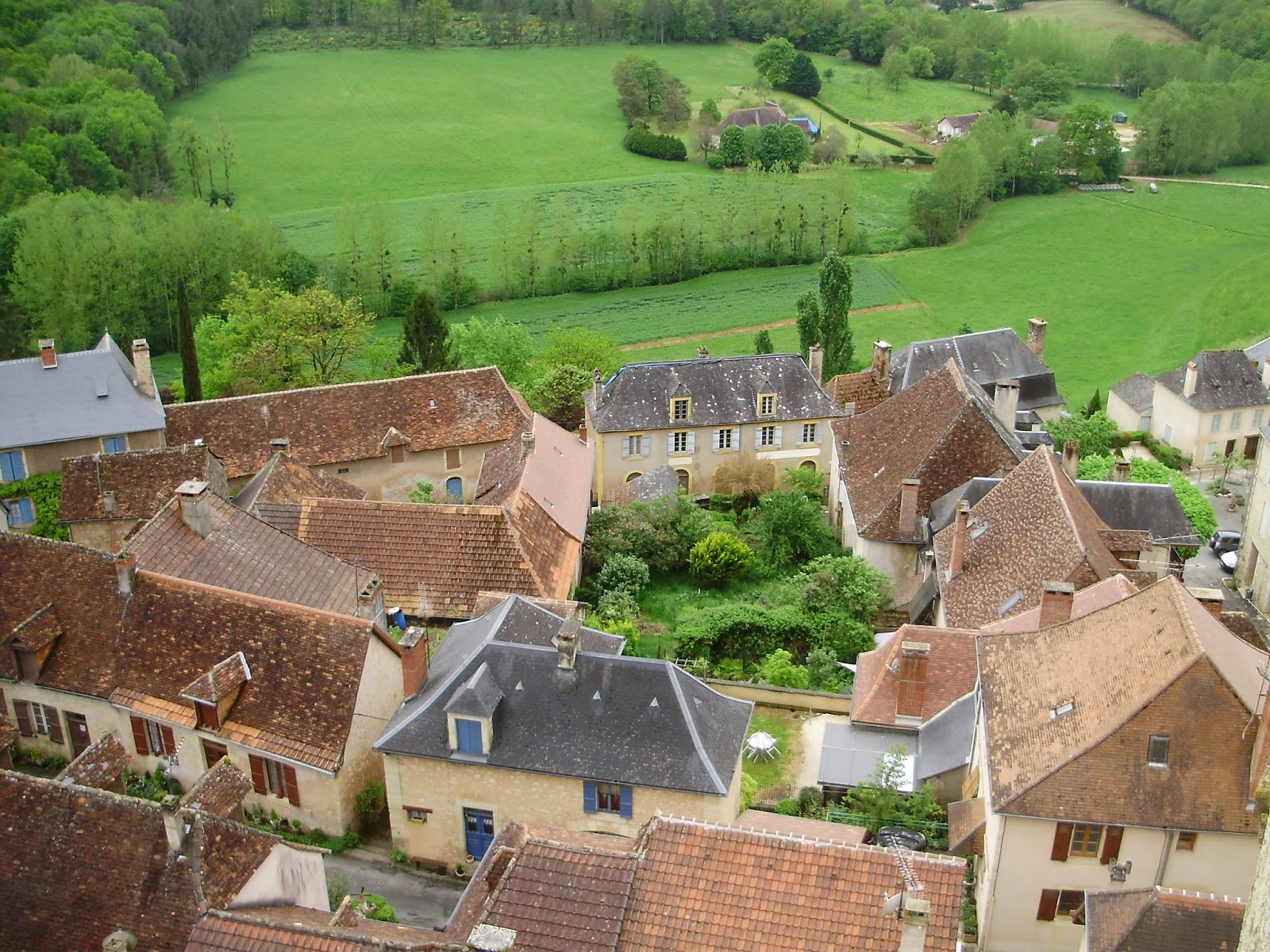 Most of all, the wealthy owners loved their gardens, especially as time went on and Europe enjoyed its cultural Renaissance. Deep inside the walls of the fiercest-looking buildings one often finds formal French gardens, at their prettiest when gazing from a chateau's upper floors. 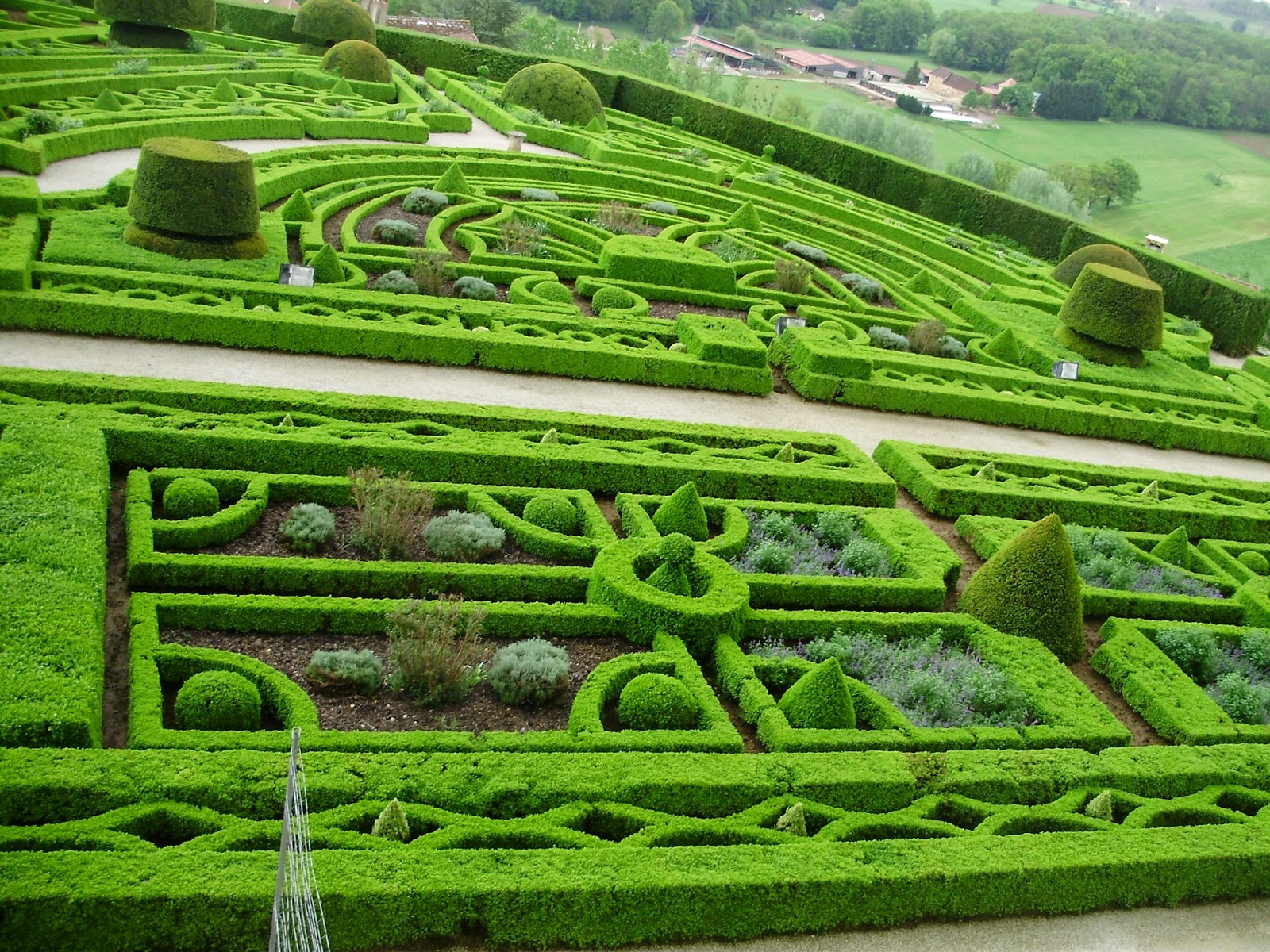 Order and symmetry are well represented. (Who wants to be bothered with disorderly untamed nature?) Sometimes the design includes symbols from the family's coat of arms, such as the windmill and "scissors" shapes here. 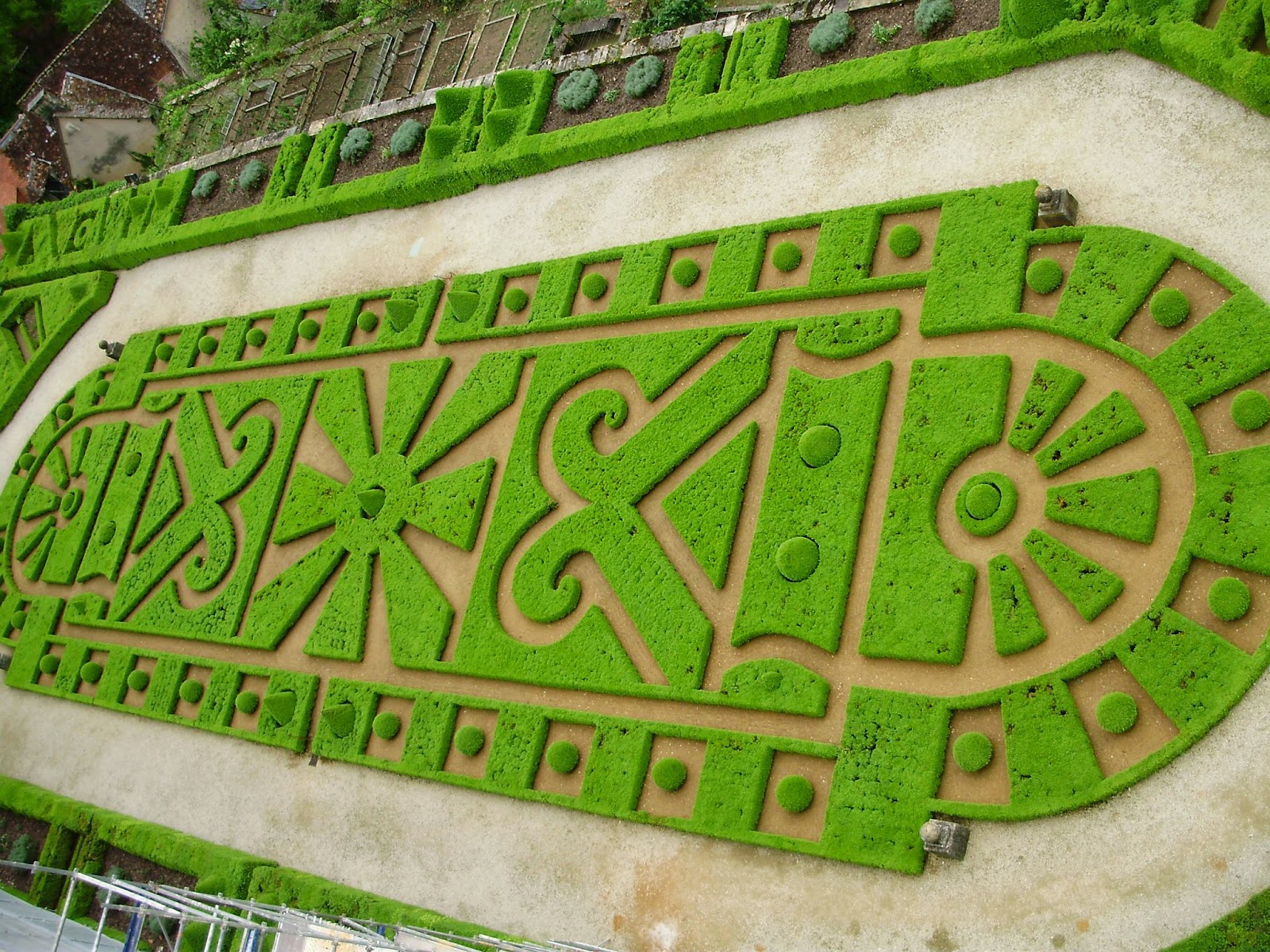 ﻿
Some chateau owners took the perfect-garden competition to an extreme, and to this day descendants of the same historic shrubbery are clipped and pruned and tamed to ostentatious perfectionism. 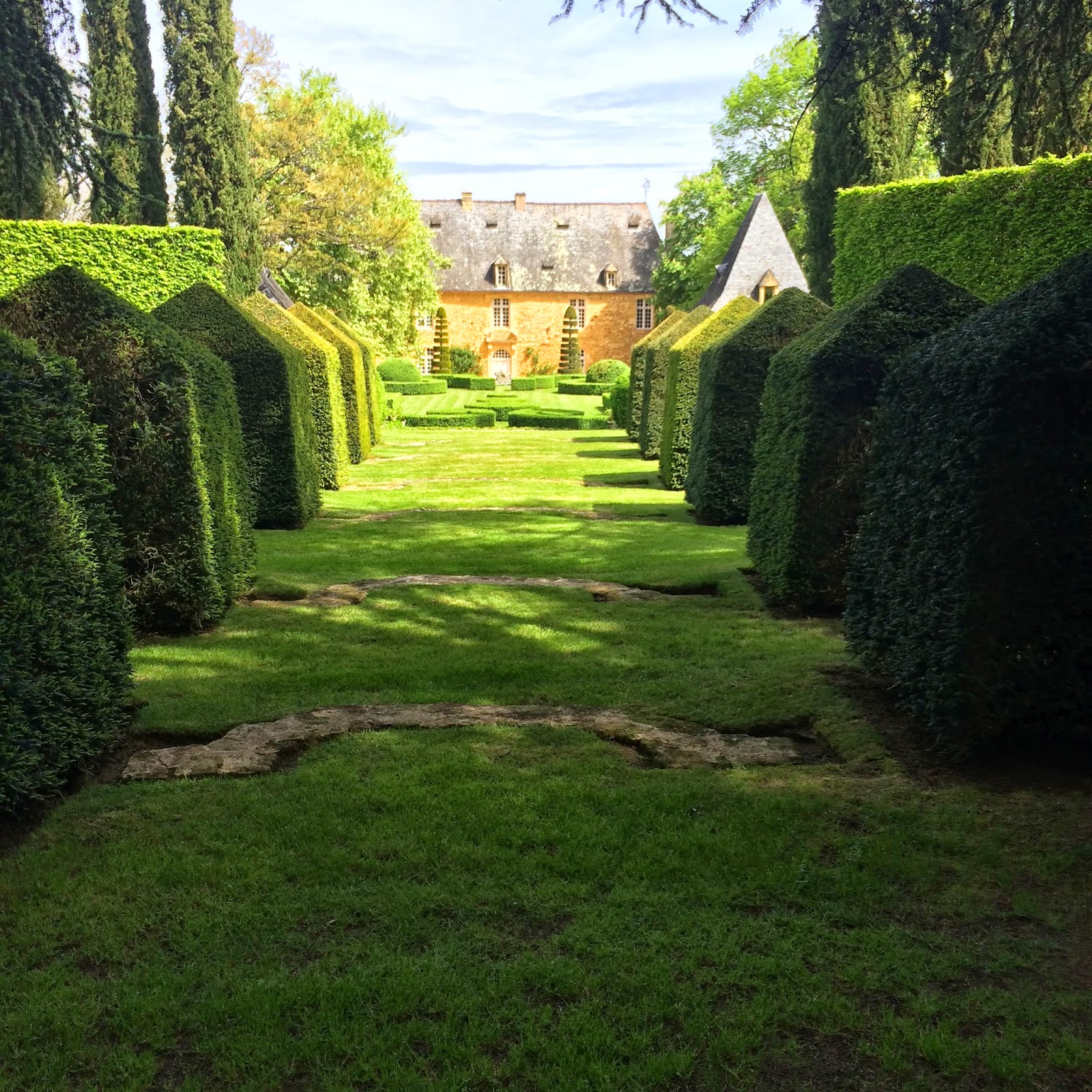 The plants, though mostly green in color, come in many shapes and sizes. One of our favorites is what Pope and I call the "poodle" tree. 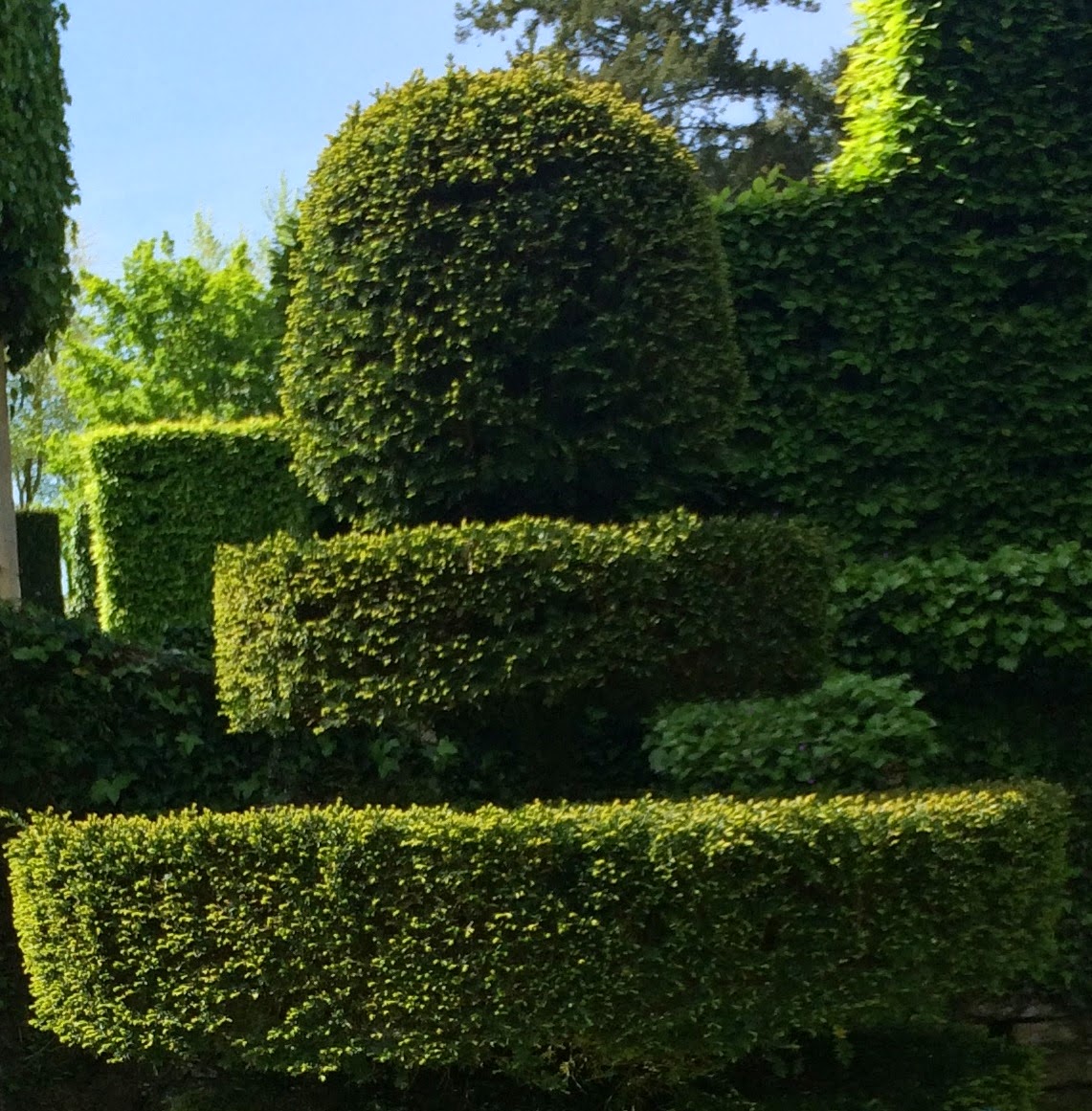 When too many gardeners get too carried away trying to outdo each other, it can result in a whole poodle farm. 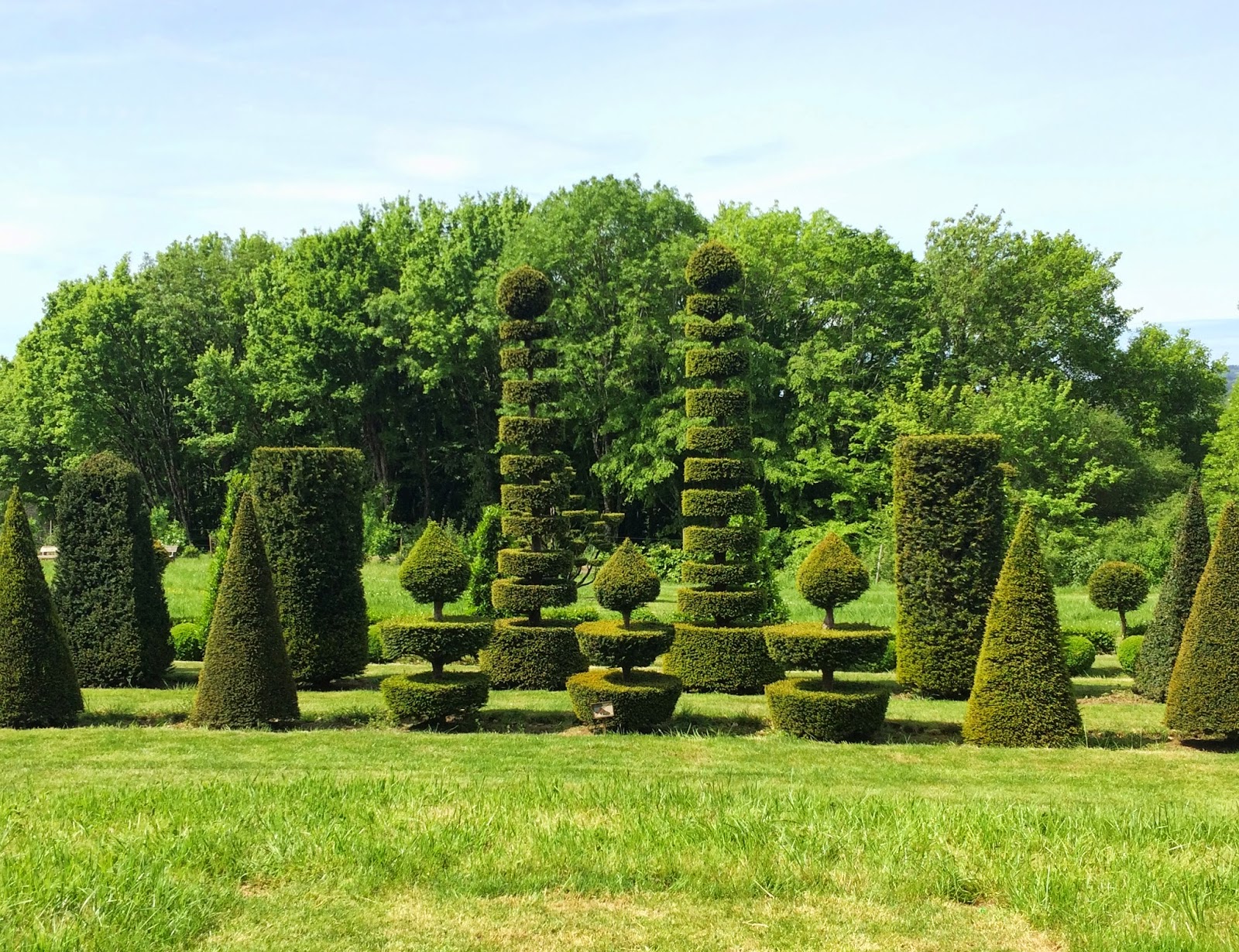 Another favorite shape is the boxwood pom-pom, which can cover acres at a time, sometimes spelling out words when viewed from above. 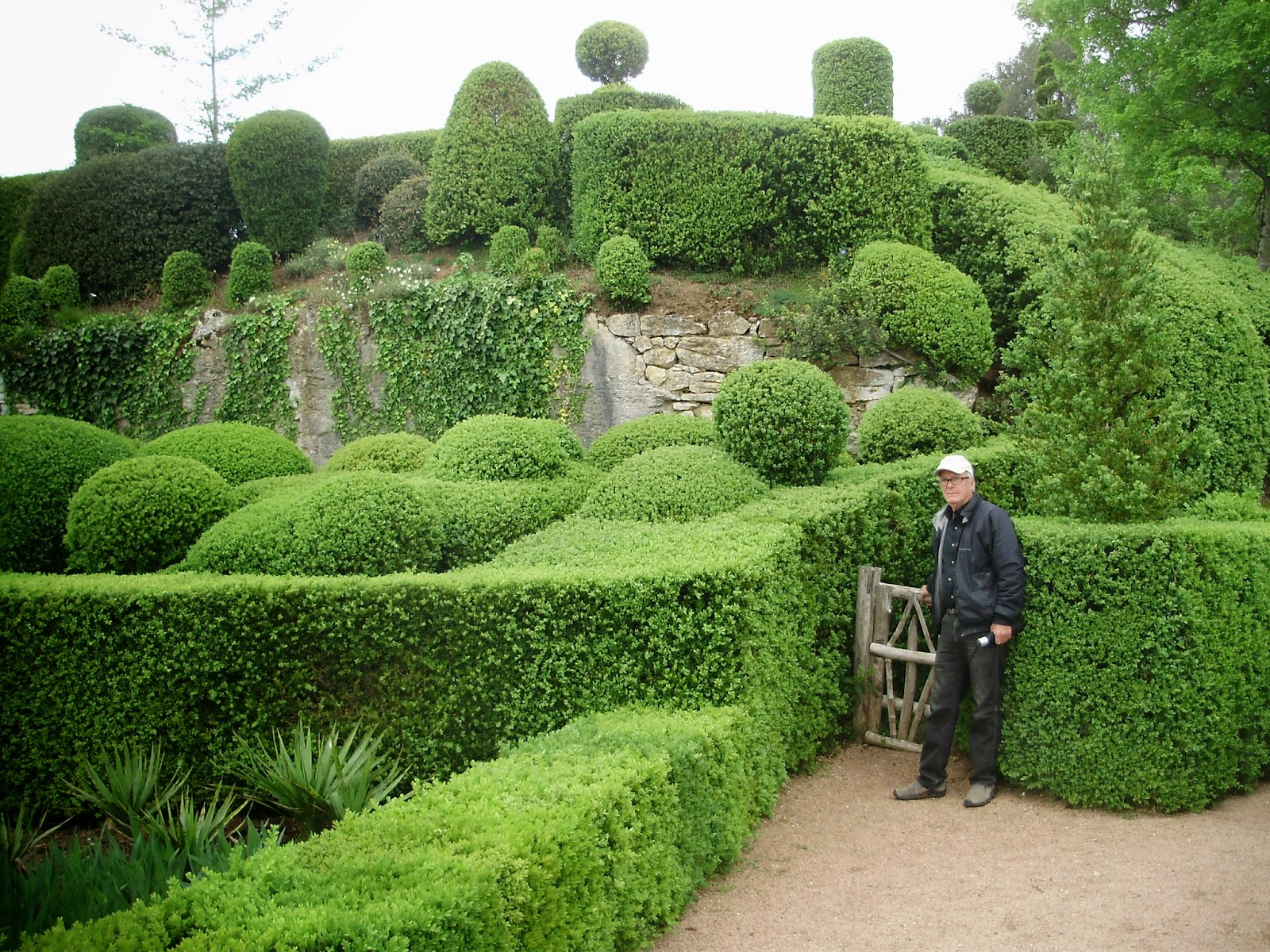 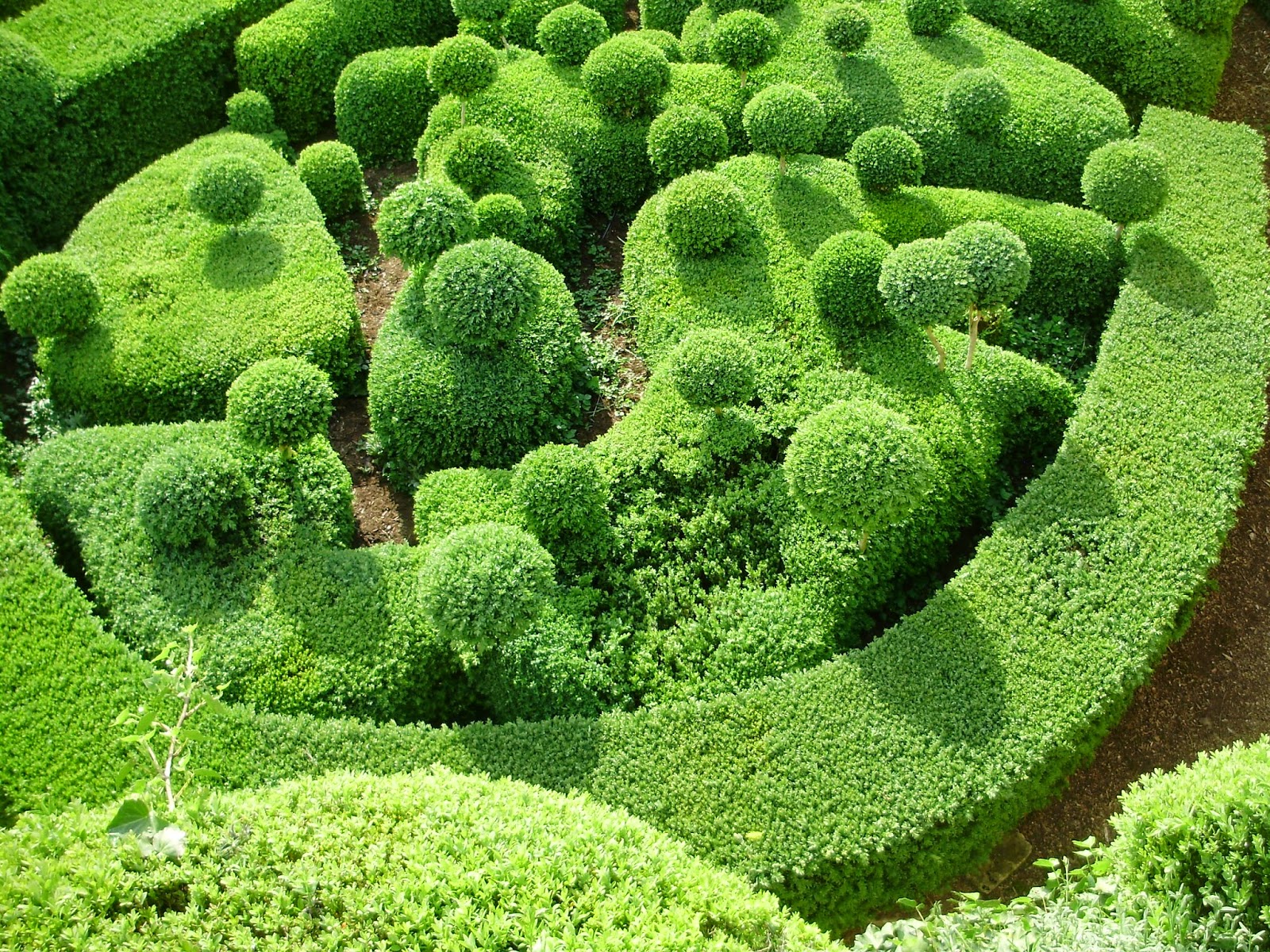 Even a small corner of a castle courtyard is subject to being decked out in a small token of nature--radically managed, of course. 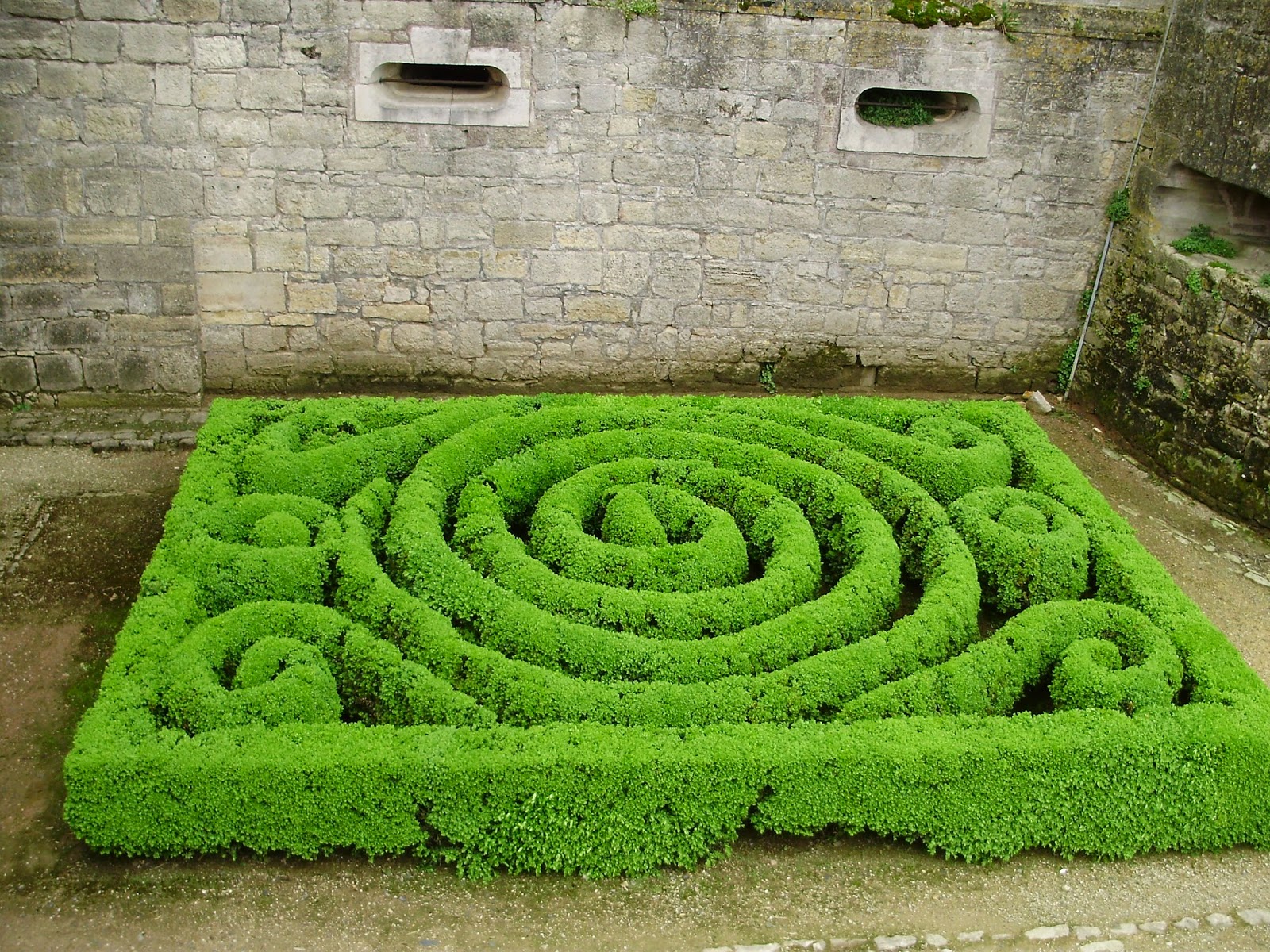 Pope, being constantly challenged to manage the unruly and uncooperative plants and weeds in our community garden plot back home, offered to sacrifice his house, boat, and girlfriend to achieve formal-garden nirvana. It may take some coaxing to get him back down to common-vegetable-garden earth. 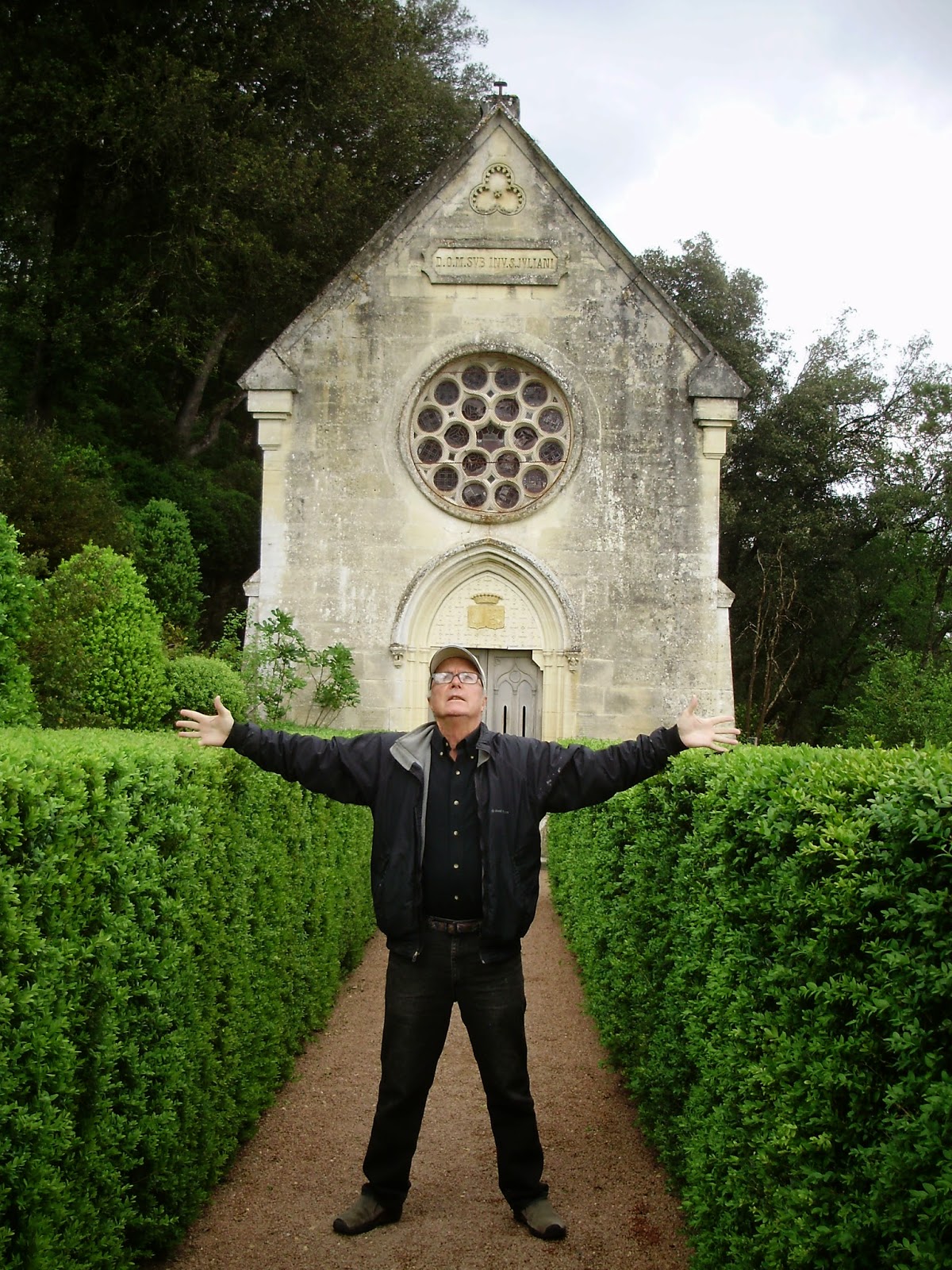 Posted by my alias Amber Jones Adventures at 5:06 PM