Music as the Universal Language: Song and Dance in Paris

Despite his complaints, I think Pope is having an okay time. At least on the music front. On Wednesday, we enjoyed dinner to the tunes of a lively jazz quartet, in a brasserie a few blocks from our apartment. Interestingly, they played mostly American songs; I had to request “something in French.” 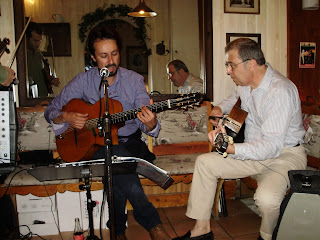 And last night (Friday), I “forced” Pope to take a long ride across town on public transportation, and stay up late into the night, just so I could go to a cajun/zydeco dance in the Paris suburbs. Well, guess what? Once he got out on that dance floor, he had a blast!
So did I. In our constant struggle to communicate, let alone connect, with the French people, the dance provided an avenue to enter their world on an equal basis. They could parler Francais better than me, but we had the upper hand on dance moves! The women wanted to dance with Pope, and I got a few invitations too.
The small crowd was enthusiastic, fun, and friendly. Half were accomplished dancers, and half were taking their first lesson that night. 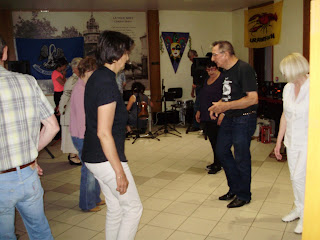 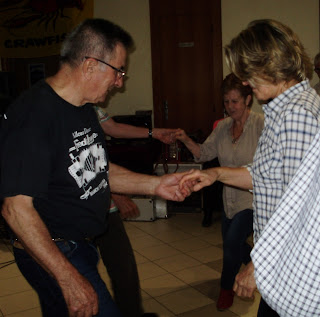 The local band was very good; they really made the fiddles whine on the cajun tunes. 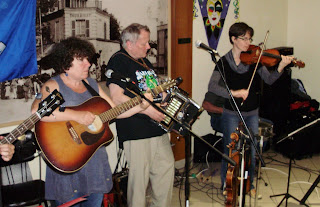 The Paris cajun/zydeco enthusiasts suffer from maladies similar to those of Washington, DC: an aging crowd, difficulty getting enough attendance to pay the rent and the band, and a surplus of women. 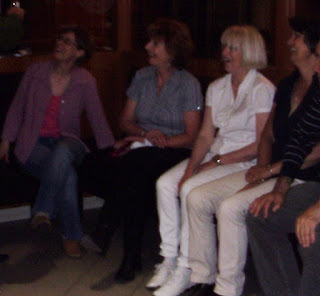 To solve the gender problem, women dance with women—in both venues. In Paris, they’ve gone a step further: they fit in a lot of line dancing (which I love and Pope avoids like the plague!). 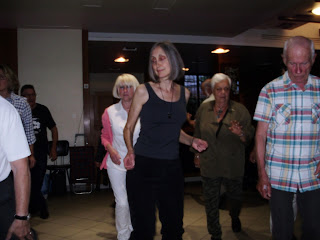 Obviously the Parisians, with a couple dozen people at each dance, rarely can afford live bands from Louisiana. At least in DC we still get them every few months.
We had to leave before the last set; we took the Paris subway and a suburban tram, both of which closed shortly after midnight. And the band played on! 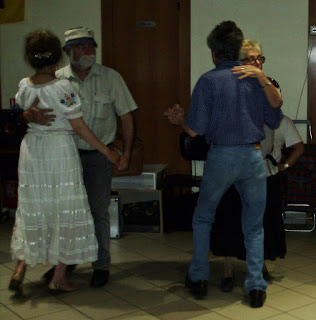 P.S. Finding a dance in France was not easy. Nothing popped up on the web, and it took some convoluted communications to dig up this small event way out in the Paris ‘burbs. Many thanks to Leslie (New York and DC), her friend Maggie in London, Claude (the Paris organizer), and Sally (our friend in Paris), all of whom played a part in the email chain that helped us find out about the dance and how to get to the tiny restaurant on a back street in Chatillon. 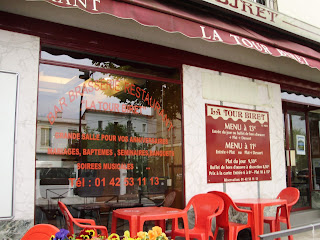 Posted by my alias Amber Jones Adventures at 10:37 AM