Sailboat Cruising: A Tale of Days Gone By

Do I miss sailboat cruising? Yes. A little. 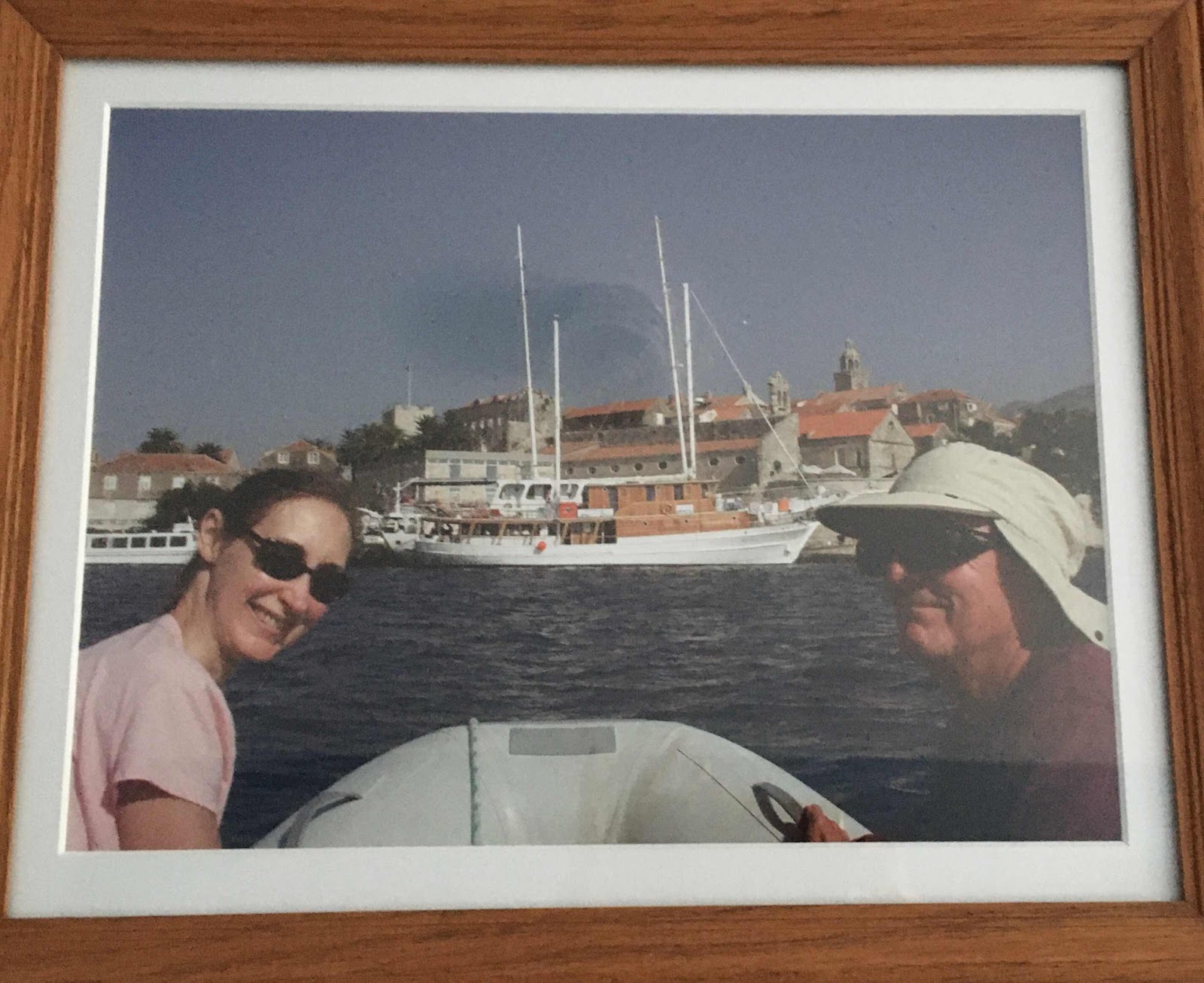 This is the photo on our bedroom wall: cruising the Adriatic Sea. The photo was taken in the dinghy off the coast of Trogir, Croatia, or thereabouts.
But the temperature is warming here in Washington, DC, and neither Pope nor I has much energy these days, let alone when the thermometer ticks up to 95. Operating--cleaning--fixing--a boat in the heat and humidity of the Caribbean islands, fending off mold, salt, and biting flies, is the farthest thing from my mind. 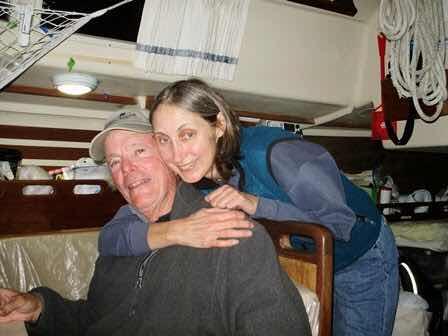 We are nine years older than we were in this photo on Echo II, our cruiser from 2013-2020. My, how smooth and healthy our skin and hair looked then!
In fact, Pope fell down playing pickleball this morning; he is feeling the ravages of time and disease. I am taking it easy, one household or garden chore at a time, with rests in between. I am not as old, but suffer some discomforts associated with age and arthritis. This week, I was diagnosed with osteoporosis.
Yesterday, I began editing Pope's memoirs, over which he diligently labored for nearly a year. He tells tales of hell-raising escapades, close calls, good luck and bad. I find it humorous. His memoir-writing group finds it appalling: Could one person really have done so many reckless, death-defying things?
Naturally, sailing mis-adventures feature prominently. Shipwrecking off the Florida coast, plugging a hole in a boat hull with a potato in the middle of the Atlantic, upending a boat by smashing into a railroad bridge.
One day when I was at the helm of Echo II, our cruiser for six years, I steered too close to a riverbank and bent the top of the mast on a tree. I was quickly forgiven; my transgressions paled in comparison to his. Such as, buying a barely functioning boat; blowing out the water pump by neglecting to maintain the impeller; climbing mountains of waves all night crossing the "Tongue of the Ocean" instead of anchoring safely on the Bahama Bank (as all the other boats did; see the 8:15 pm entry in my blog). 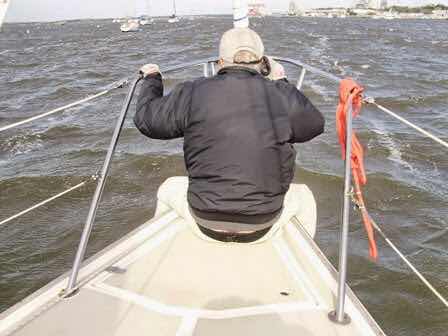 Yes, I miss sailboat cruising. A little. But I am just as content to reminisce over photos, recount the tales--and head out to water my garden.
Posted by my alias Amber Jones Adventures at 10:01 AM No comments: