How To Survive 151 Days At Sea Together: A Relationship Primer

During the five months we lived on our sailboat, Pope and I probably averaged 20 hours together each day. The majority of those hours were spent in the cozy confines of a 30’x10’ space—a v-berth, 6-foot-long settee, dinette, and outdoor cockpit. 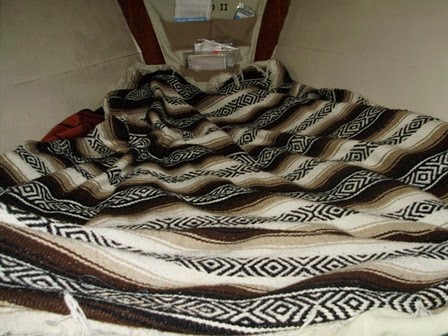 V-berth where we slept--always damp, and 11 inches wide at the foot
On some days, we experienced difficulties with anchoring, leaking, and engine breakdowns. The weather wasn’t perfect: hot, cold, humid, windy, stormy. 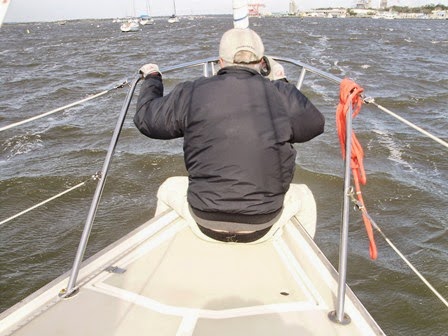 Rough weather for a sailboat, in Fernandina Beach, Florida
Several friends and readers have marveled that our relationship survived. A typical comment: “You and Pope may have broken some record for staying together in trying situations.”


Here is the thing about relationships: they are full of compromise and sacrifice and personalities and habits you have to accept. Or at least tolerate. (Or not, if you choose to dance alone. It takes two to tango.)

I had only seen the boat for 5 minutes in the dark before Pope signed a contract to buy it. It had features he was searching for: a shallow keel for avoiding Bahamas sandbars; a stable beam to avoid heeling when sailing, which was important for minimizing my fear of tipping over; and a self-steering wind vane. When I next saw the boat, in daylight, I suggested we ask for a refund. The boat was full of mold, torn cushions and curtains, bad odors, uncomfortable sleeping and seating areas, dirt, gunk, and general degradation. I suspected the operating systems had also been neglected, which turned out to be true. We had agreed to buy a boat that was ready to live on and didn’t need much work. This was not it.


Pope got stubborn, which sometimes happens when he is challenged. He gave me an ultimatum: he was going to the Bahamas on this boat, with or without me.  I could have said no, and that would have been driven a serious wedge between us. Instead (isn't it often a woman who compromises?) I paid for professional cleaning and new upholstery--$4,000. We tore down the moldy carpet lining the hull and glued up fabric. Pope replaced the blackened hoses and did some carpentry to reshape the seat backs—work that he would not have bothered with for himself.


Repairs and upgrades of boat systems and living quarters engaged Pope for six months and me for two months. Despite our labor, I had to put up with various annoyances: leaks, dampness, and odors. Pope didn’t care about those. Other boaters say they are normal; they come and go. As you know from the blog, some of the mechanical and electrical systems also caused us trouble. At those times, Pope paid more attention. 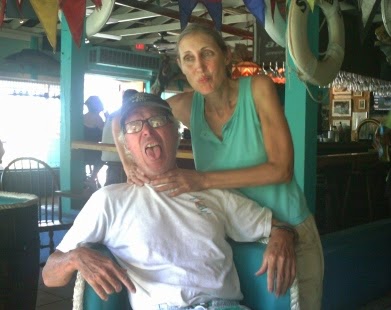 Trying to get Pope to pay attention to my complaints 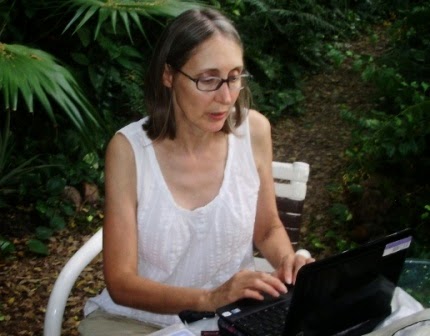 The daily blog: my life preserver
Underlying our willingness to spend 151 days floating in fiberglass was our commitment to relationship. I tolerated the conditions and the discomfort of crossing ocean passages because the trip was important to Pope. For at least three years he had dreamed of sailing his own boat to the Bahamas, talking about it continually, showing me articles in sailing magazines, travelling to look at boats for sale.

So I moved aboard and served as First Mate, housekeeper, part-time cook, tour guide, and chief finder-of-lost-things. Pope served as primary driver, navigator, mechanic, and handyman. When I cried, he tried to address the source of my fears. When I screwed up or got hurt, he came to my rescue--such as when my fingers got jammed between the anchor chain and cleat, or when I got knocked down by a car on my bike.


Near the end of our trip, Pope acknowledged the legitimacy of some of my complaints about cruising and the boat and became more sympathetic. That step, which was probably hard for him, went a long way toward improving relationship harmony.
For now, we left the boat with a broker in Florida and drove home in a rental car. It is a better boat than when we started--everything is fixed. The next owner will probably be blessed with a trouble-free cruise.  However, I am happy to be home where life is easy and I can hang out with people I know.  Pope has mixed feelings about being in a boring, stationary house and ending the adventure. He misses his boat. We understand each other's point of view.


A few other things important to relationship during those long winter months:
- Books. Pope and I are avid readers and can spend entire days and nights engrossed in a mystery or crime novel, biography (Amber only), or treatise on politics (Pope only), psychology, or philosophy.
- Separations. I went swimming, snorkeling, and shopping alone or with people I met, while Pope read books, met with mechanics, or worked on the boat.
- Resets. A technique we learned from another couple: when we can’t agree, and the conversation deteriorates into acrimony, we agree to start over.
- Third-party mediators, i.e., cruisers we met and friends we made. They would listen to both sides of the story, laugh, and suggest another beer or rum cocktail—restoring a proper perspective. 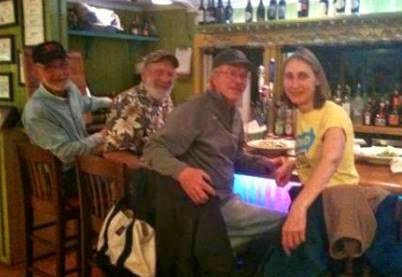 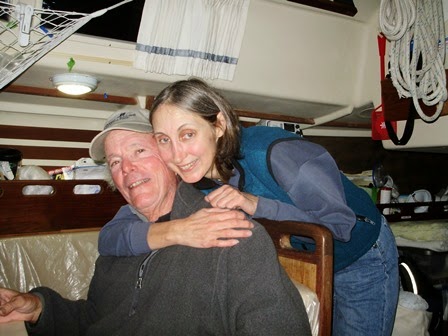 Posted by my alias Amber Jones Adventures at 1:37 PM