Echo II is home at last as of August 11, 2014: Holiday Hill Marina on the Rhode River in Edgewater, Maryland, from which she sailed on October 24, 2013. Boat and crew completed a journey of approximately 3,300 miles despite weather, breakdowns, mishaps, insects, and just plain old-fashioned toil, as recounted during the foregoing months in this blog. We were indeed "at sea" a lot of the time! 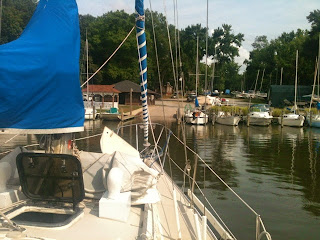 The last few yards to our home marina! 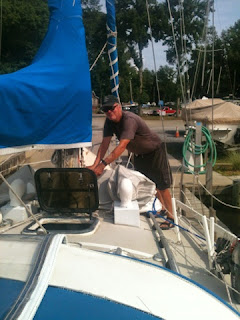 Let's unload this baby quickly, and get home to a hot shower! 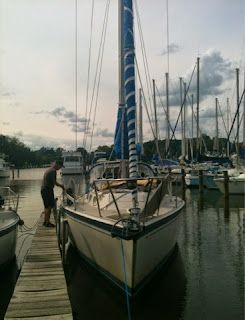 At the marina dock to unload endless stuff; then we tied her up to a mooring ball out in the harbor, Echo II's new home; came to shore by dinghy, deflated the dinghy and brought it and the outboard home in the back seat of the car 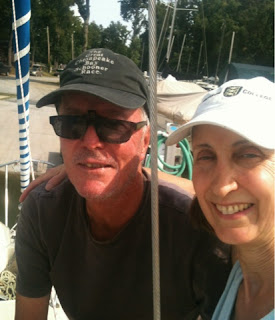 We made it--round-trip to the Exumas! And survived. Where's the next adventure? Pope is inviting people to cruise on a river barge in France---with him serving as captain!!
Posted by my alias Amber Jones Adventures at 1:29 PM