Living a Dream? Actually, a Fantasy

I retired in July from my job with the U.S. Government. Though I'm relatively young--in the 55-60 category--Pope had been retired a long time, and begged me to join him on one of his sailing expeditions.

We fantasized about living aboard a boat. We settled for wintering in the Bahamas. To test the concept, in March Pope and I spent two weeks aboard a 27-foot sailboat in the Berry and Abaco island chains with friends Mike and Ellen. 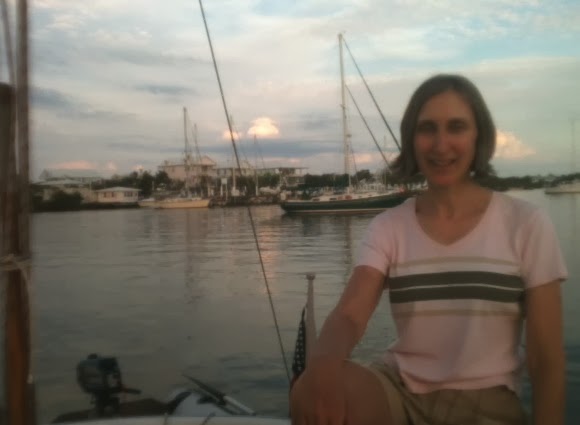 We passed the mid-term exam on how to get along in a small space (hmm, could be what prison is like...?), and a pop quiz on entertaining ourselves while stuck at anchor, waiting for calm seas.

We earned a C in comfort, a B in compatibility, and an A in fun.

After retirement, I had only a few weeks to pack, put my affairs in order, and make our own boat liveable (as opposed to mechanically reliable--that was Pope's department). On October 24, we launched from Chesapeake Bay, aboard the 30-foot Echo II. 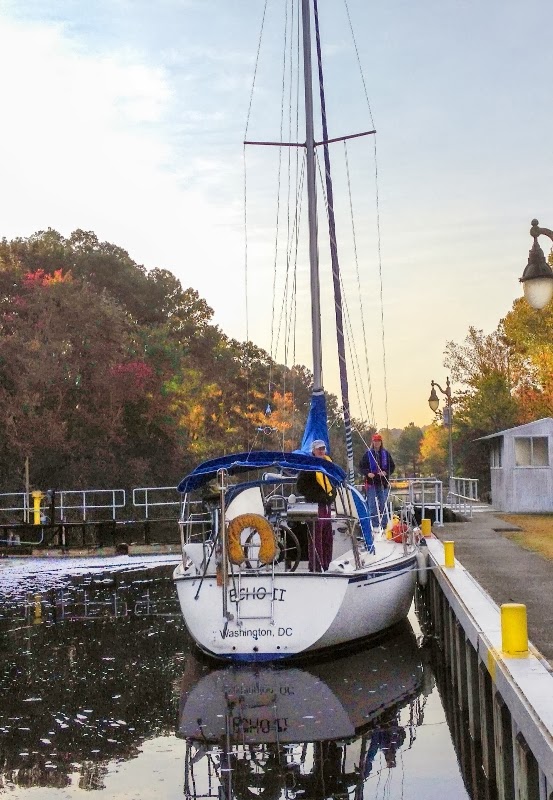 Photo by Sam Paleschic
Heading south on the Intracoastal Waterway (ICW), we assumed, the weather would get progessively warmer. Picture beaches, bathers, and palm trees. And each day would take us closer to our target: the Exumas island chain. A dream trip, many of our friends said. Courageous, others acknowledged.

I agree with the first set of friends: it was only a dream.

Heading south, the weather got progressively colder. Picture us huddled under summer blankets, wishing for sleeping bags. The water pump broke, and we waited three days for parts. The wind huffed and puffed and threw us off course. Because the narrow, corkscrew course requires motoring rather than sailing, boats with more horsepower left us lonely in their wake. 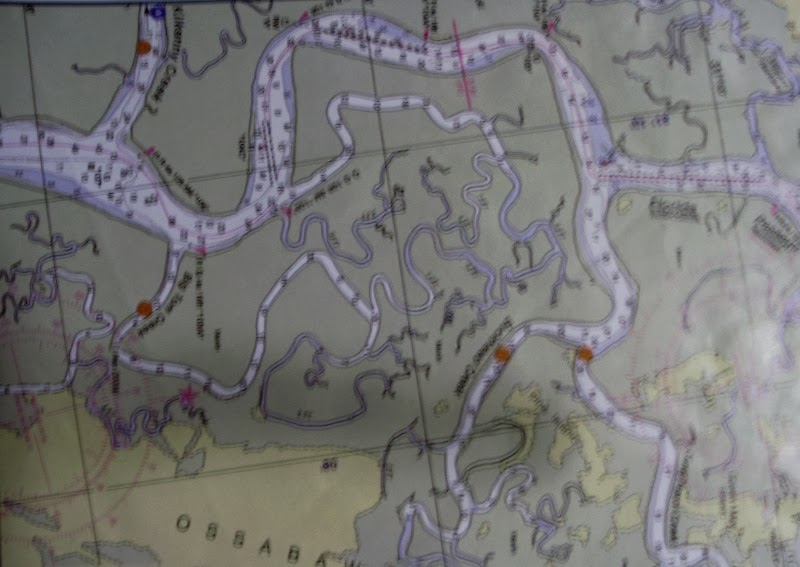 Our hope of spending Thanksgiving in southern Georgia dimmed. And I pondered whether our target was beyond reach. .

Until a few days ago, we had persevered--earning a B+ in adventurous spirit. But then the forecast deteriorated.

I know that several of you are experiencing storms with ice and snow. But in many places, winter normally begins in late November. Can you spare a shred of sympathy for those who fled to normally sunny climes, yet still suffered?

For two miserable days, we have motored in blustery winds, with gusts to 30 mph. Strong currents knocked a knot off our speed. Pope, normally a tough guy, was wretchedly cold at the wheel. When my turn came, I bundled up in stocking cap, double gloves, and four layers of clothing. I steered with one hand and hung on with the other.

There is little shelter from wind in marshland--just knee-high grass and small stands of trees. 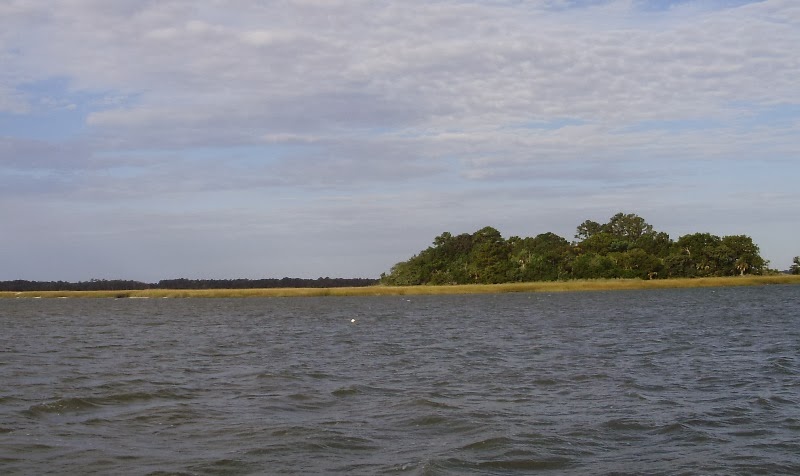 At anchor, we tossed and swung like a monkey in the treetops. We slept in intervals, between checking the anchor, praying to stay off the bank, and coaxing blood into fingers and toes. The temperature dropped to 34. Yesterday, gusty wind and raging current prevented us from getting the anchor up until mid-day. We made only seven miles before re-anchoring. Today we left at daybreak and suffered for 40 miles.

Gotta assign that experience a D in comfort and a C in endurance.

The sunset, as usual, topped out at an A+. 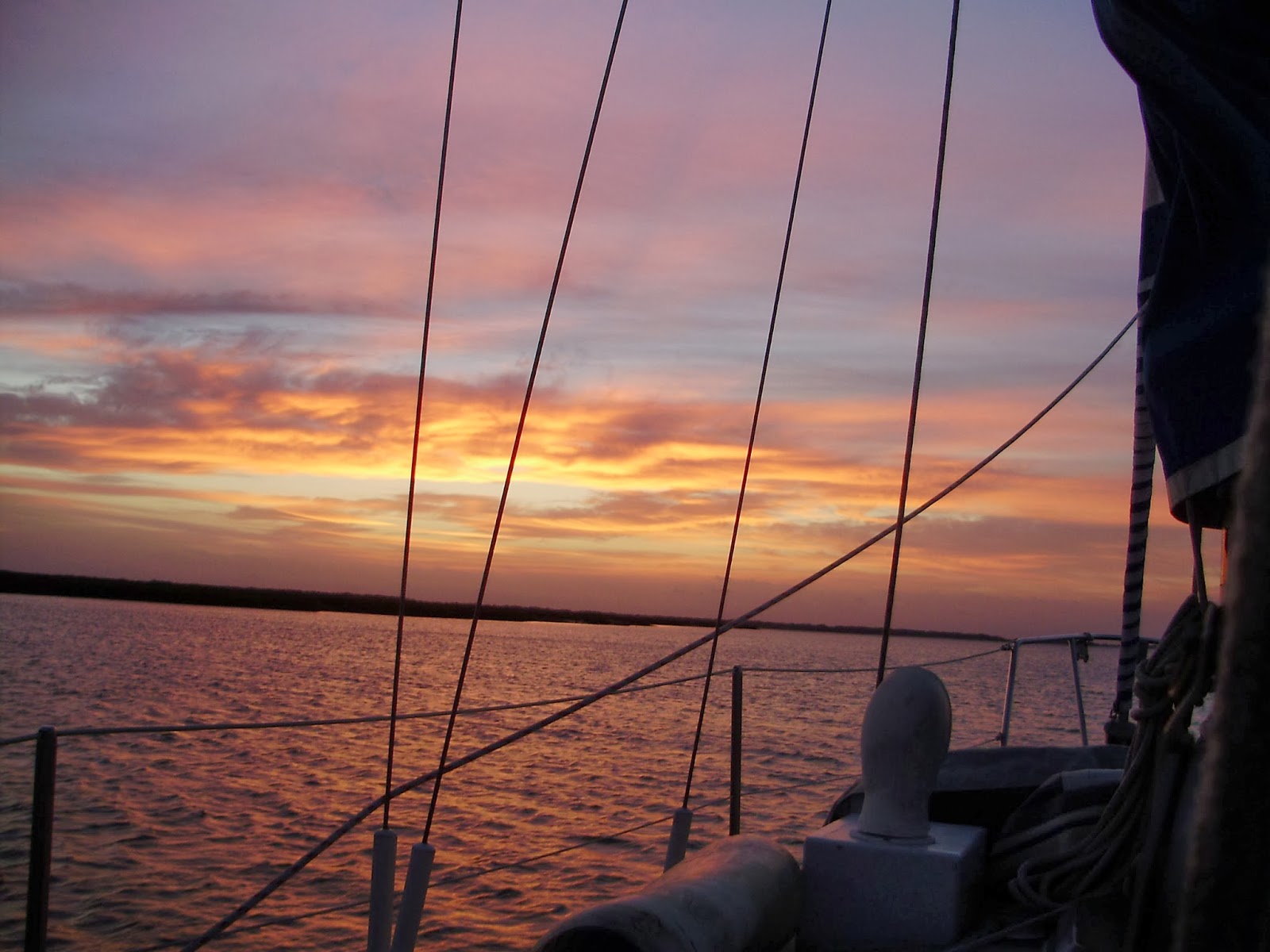 Three days until Thanksgiving. But tonight, I am already giving thanks. At 1:30 pm, we conceded the battle and left the ICW in search of a marina. We are tied up to a dock, safe and secure, enjoying real bathrooms and a washer/dryer. Neighbors Gary and Joan served merlot and muscato--in real glasses!--on their luxuriously appointed trawler, Lady Jacqueline, with recliners, oven, and queen-size bed. Just like home. It is home, says Joan. 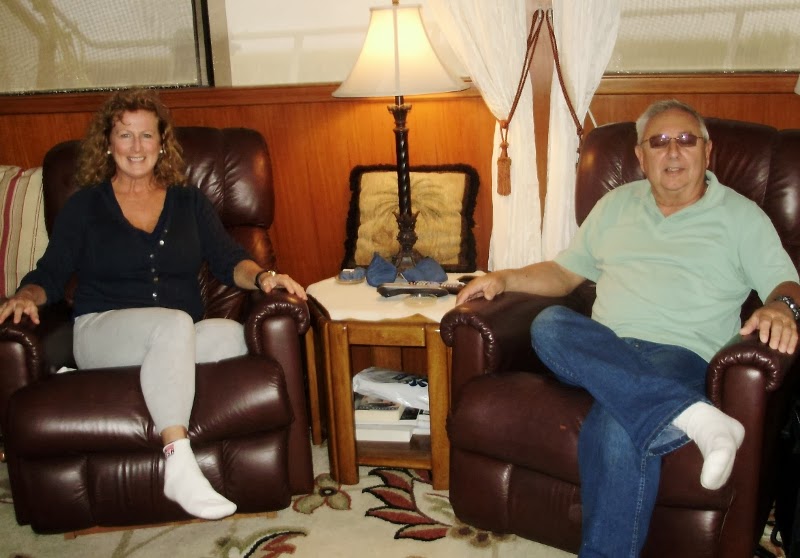 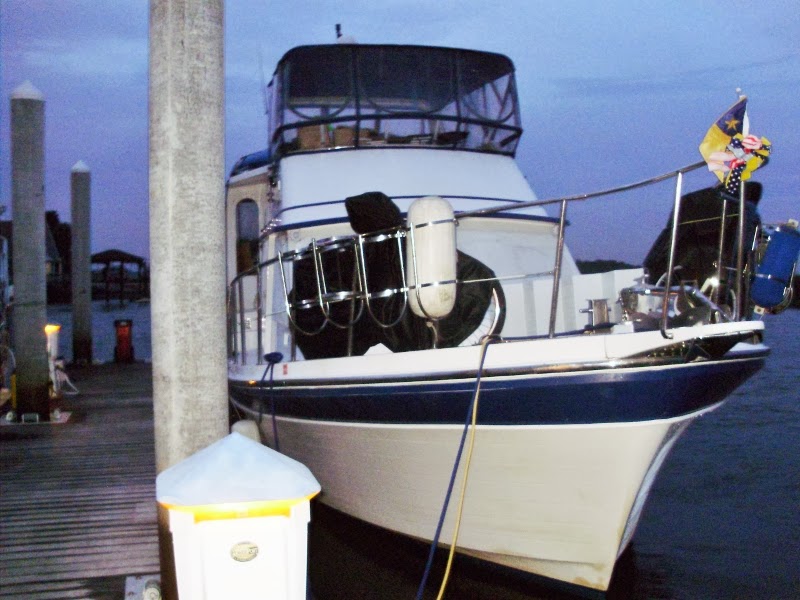 The wifi is free here at the marina, and a big boaters' lounge is furnished with TV, comfortable sofas and easy chairs. 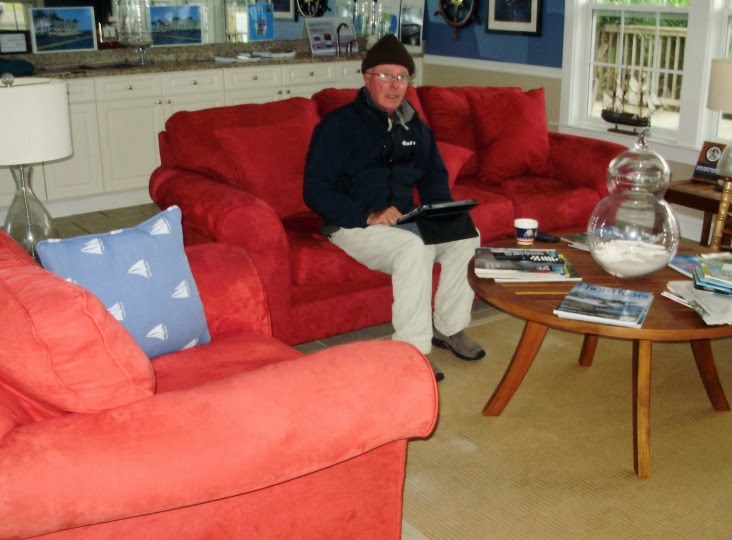 Outside, the wind hasn't slowed down for a moment. The water races past pilings, as if pumped with pent-up energy. Skies were gray long before dusk. The forecast for Tuesday is for 100% rain, and for Wednesday, winds gusting higher, to 40 mph. More misery ahead out on the waterway? Or just stay put?

Another feature in the marina's luxurious lounge is a large wooden dining table and eight chairs. I am gazing at the lovely teak and thinking: perfect size for a makeshift Thanksgiving feast. 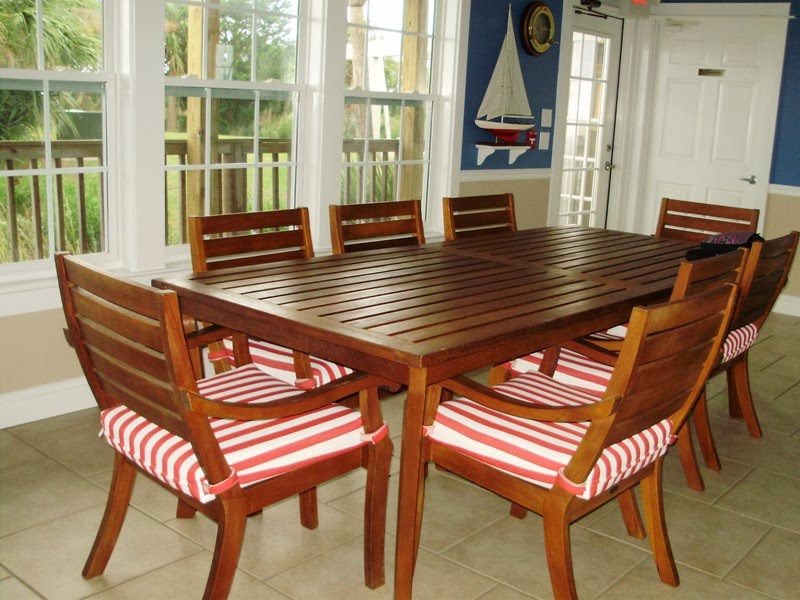 Posted by my alias Amber Jones Adventures at 8:15 PM