(Reposted from January when we finally left Nassau...the third time)

(Pope, Amber, Henry, John on board at Harbor View Marina, Nassau, the day after engine was reinstalled by Albert the Wizard Mechanic and three colleagues)

Amber: Rev up the engine here in the harbor, to give it a good test, before we get out to sea.

Amber: Wow – 180 degrees. The engine has never been that hot before.

(Pope goes below to open and peer into engine compartment)

Pope:  Uh oh. A hose has blown off! The antifreeze has all leaked out. It’s BOILING in there! Yikes! Back to the slip.

Amber: Well, they say things happen in threes. This is our third attempt to leave Nassau for the Exumas…

(A half hour later; Albert and a colleague are on board, with puzzled expressions)

Second mechanic: I think I know what it is -- the thermostat.

Albert:  Hmmm. I think it’s an air lock in the water heater. What about that valve there and this hose here? Let’s try that. 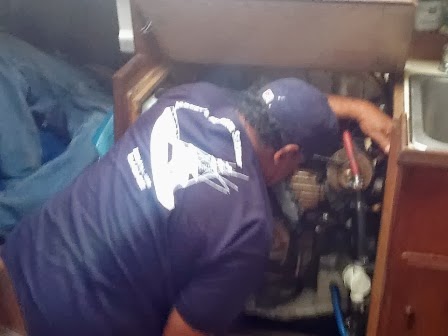 (Sound of engine purring; Echo II whips out of the slip and into the channel, Albert the Wizard Mechanic at the wheel; after 5 minutes, Albert turns the boat around and heads to fuel dock) 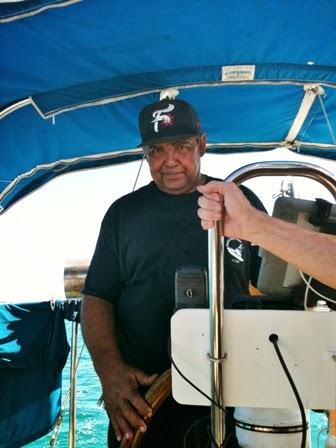 Albert: Let us off the boat. Amber’s going to the Exumas!

(Albert and fellow mechanic jump off; Echo II crew motors out into the harbor, down the channel, and away) 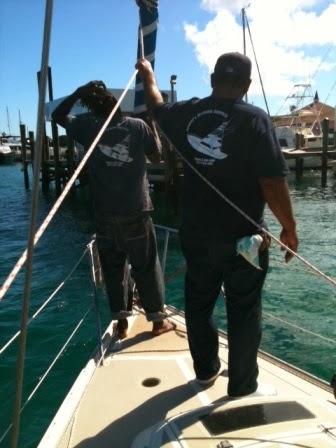 Posted by my alias Amber Jones Adventures at 10:24 AM