We spent the weekend at Nipper's, a well-known Bahamas landmark on Great Guana Cay, known for pig roasts, concerts, sunsets, or just drinks on the deck. 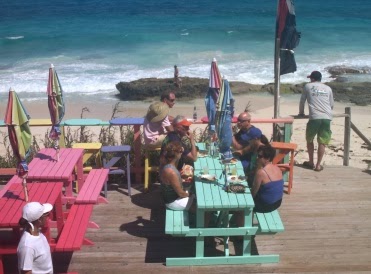 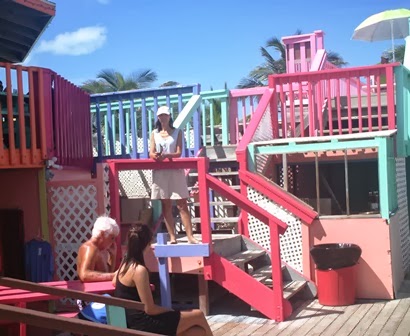 The waves crashing on the ocean beach were at least 5-6 feet. Very impressive. Photos, of course, don't show the size very well. 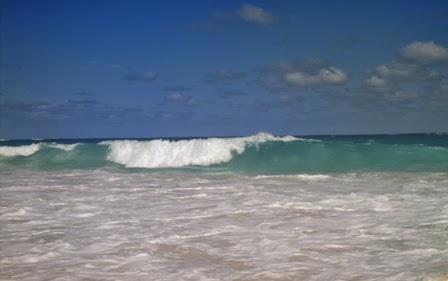 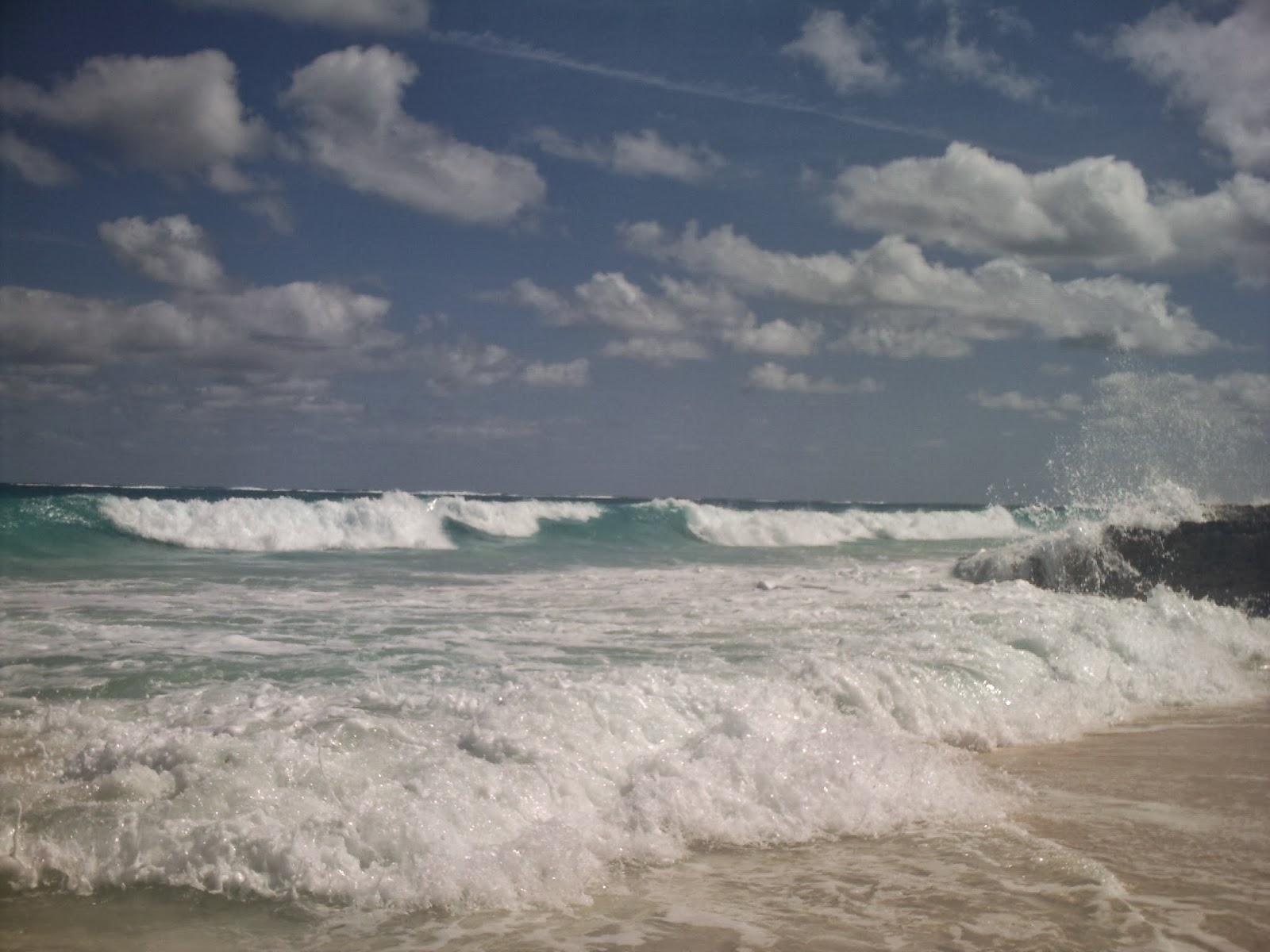 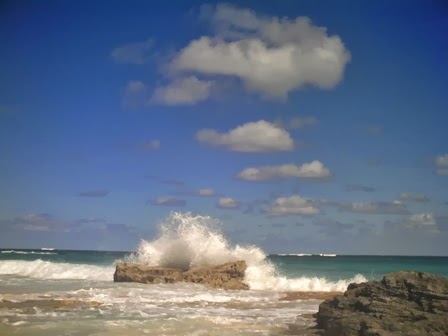 We were waiting to tackle the Whale. The Whale is infamous in Bahamas cruising lore. It is a small island fully exposed to the ocean (unlike other Abaco islands, protected by an offshore reef). Up and down the Abaco island chain, boats like ours can travel between the mainland (Great Abaco Island) and out-islands over shallow waters called the Little Bahama Bank, inside the out-islands and their  reefs. Except at the Whale.

Because of a very shallow sandbank between the Whale and the mainland, all boats have to go out into the ocean to go past the Whale. We did it last year on someone's 27-foot boat in 4-foot rolling swells (having waited a day or two for the 8-foot swells to calm down).

Pope has a history with the Whale, having come close to swamping and sinking a sailboat there 30 years ago in breaking waves of a dozen or so feet in height. (Yes, this was a separate incident and with different people from his shipwreck off the coast of Florida.)

Lat year, the 4 foot rolling waves (instead of monster breakers) turned the roaring, formidable, hungry whale into a medium-sized fish.

This morning, we tuned in early to the weather report on the VHF. The forecast was for 1-2 foot rollers! Nevertheless, Pope was sweating buckets, given his history with the Whale.. 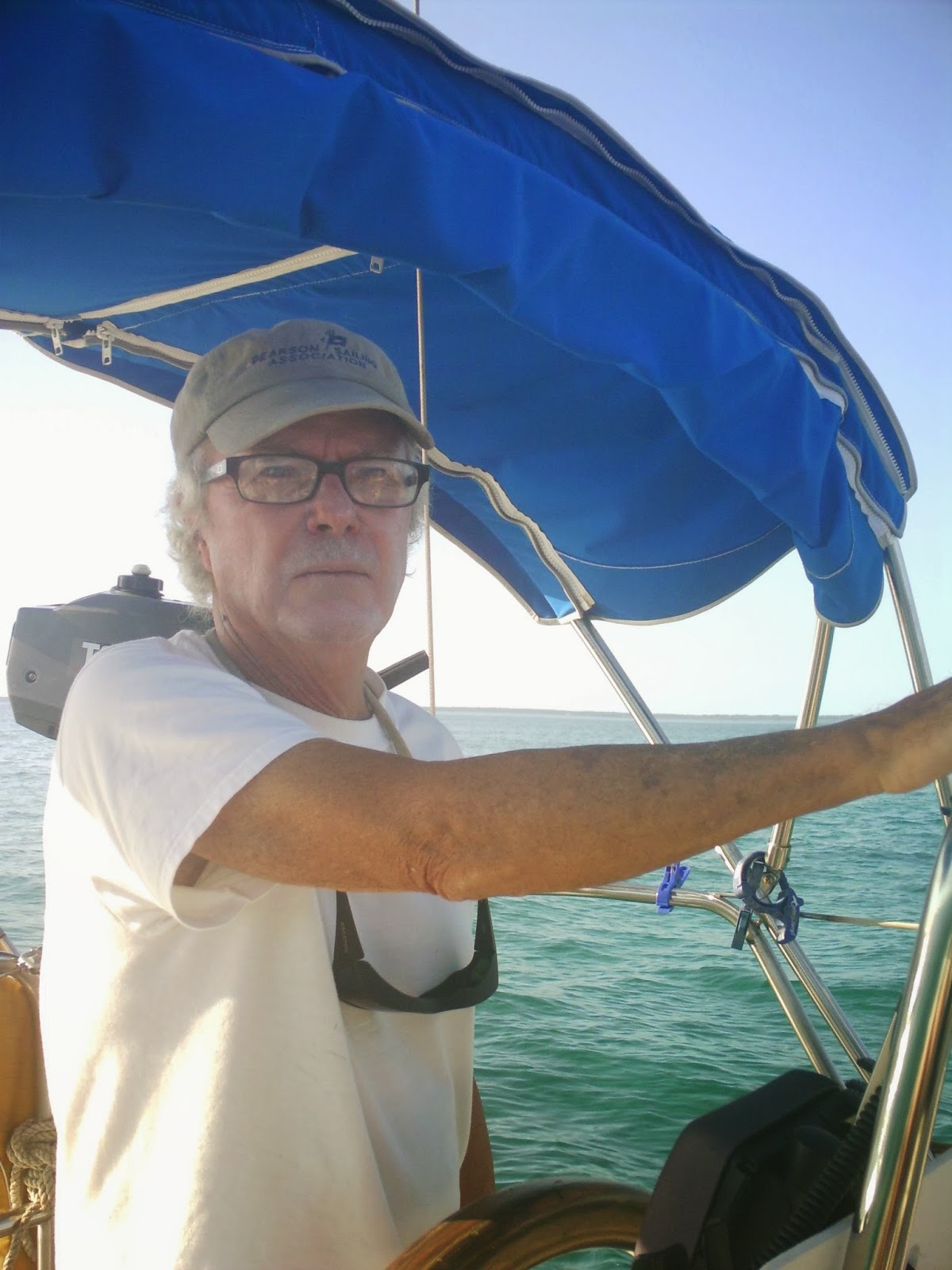 We headed out at 9 am. The 1-2 foot rollers were insterpersed with an occasional 4 footer. Still not bad, though.

The Whale came closer and closer. 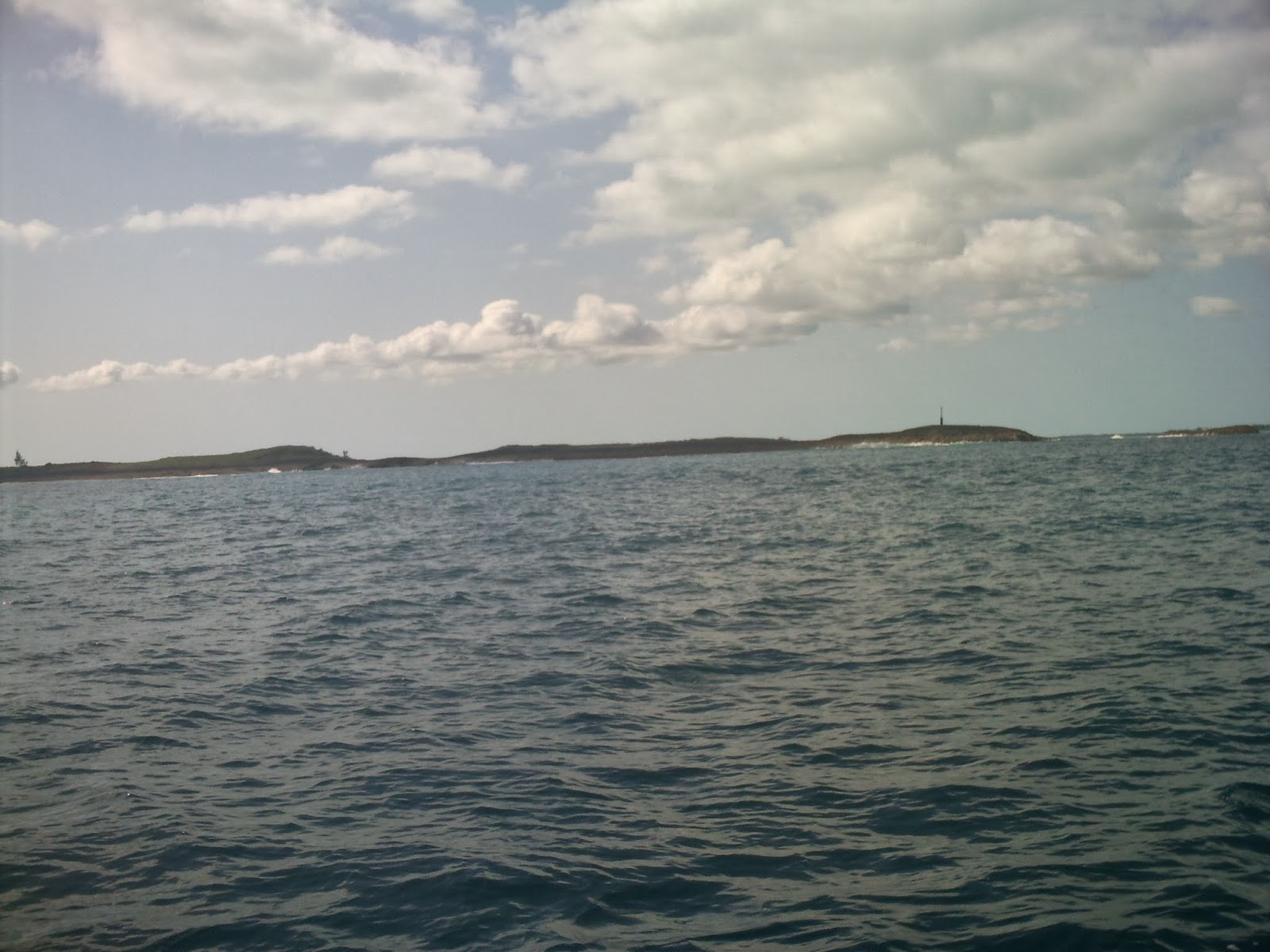 Out and around the island. To our left, saw waves breaking on the westernmost point. 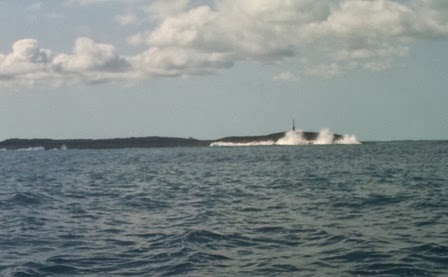 Passed the end of the Whale and through the second inlet, out of the ocean and back onto the Bank.

Sorry there isn't more drama in our Whale tale! At this point, we are VERY happy to have days with no drama!

After the Whale, headed for Green Turtle Cay, a pleasant tourist destination en route to Florida and home. I like this island: small village, markets, beaches, marinas with other cruisers (though we are unlikely to meet them, as we are not at a marina--on a cheap $10 mooring instead). We are currently sitting in Pineapples outdoor tiki bar, a shack on the beach with delicious rum punches.  Yvonne is in charge of the bar. We were here last year and loved it. 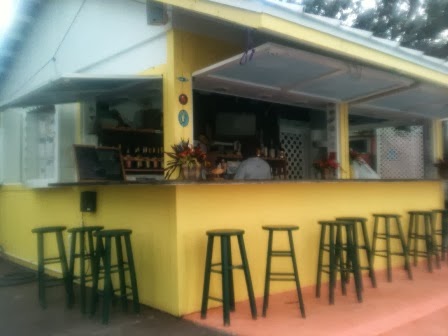 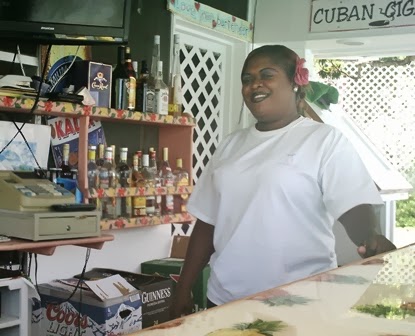 All smiles again.  For now, at least. We are currently looking for a mechanic to check an oil leak and fix the VHF antenna. Then go for a swim and check out the rum cake at the local bakery.
Posted by my alias Amber Jones Adventures at 1:56 PM