"Always Look on the Bright Side of Life": Monty Python

Oh, woe is me (said Job, in the Bible--and me, recently, when health issues left me feeling blue).

Dear readers, I know that aging and suffering from the blues are not the kinds of adventure tales you expect! Thus, I feel compelled to keep the lamenting to a minimum while continuing to regale you with adventure stories (all true) of traipsing around the world with a broken foot, risking my life on boisterous ocean voyages, carrying out retirement projects, perfecting my musical acuity, saving the environment, changing the world, and otherwise pushing the limits of a human's physical and mental capacity. How many Americans can claim that? (In overseas travel alone, no more than 5% of Americans, even in our peak year.)

Keeping that in mind, I nonetheless feel justified in adding a few never-mundane yet somewhat less awesome activities from the past few weeks, all performed while laid up with a foot injury, chronic skin disorder, and...well, you don't want those unpleasant details. You want the tell-all tale: how many worthwhile pursuits and sundry affairs can one accomplish while hobbling around in a boot, if one sets one's mind to it?

1. If you can't dance, sing. Well, OK, this one IS kind of momentous rather than routine. Saturday night I took the stage for the first time to sing Cajun, leaving the partnering and maneuvering and moving around the dance floor to my fellow dancers. Despite my earlier fears of performing I did OK, in my humble opinion, and judging by comments from the audience. Here's a short video clip; longer clip on my Facebook page (may not load in all browsers): 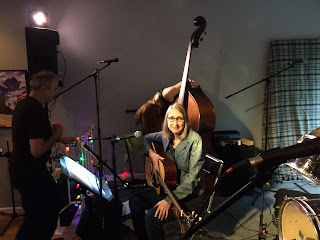 Momentous accomplishment on May 21
2. Plan something fun. Agreed to help organize and publicize a Cajun dance in my Capitol Hill neighborhood on Friday, July 8, featuring our local Cajun band. I plan to make a guest appearance singing one of my favorites. Hope y'all will come. 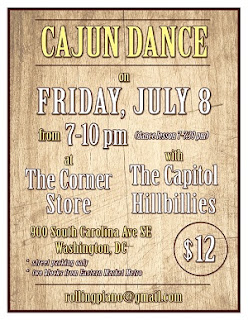 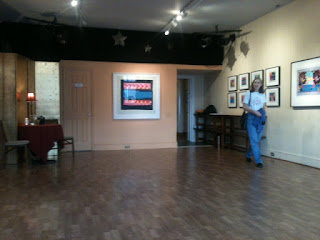 Beautiful wooden dance floor at The Corner Store
3. Train. Returned to Results Gym three weeks after foot surgery, sticking to Pilates and weight-lifting moves that work the core and spare the feet. Felt great to be back after three weeks of slouching on the couch. 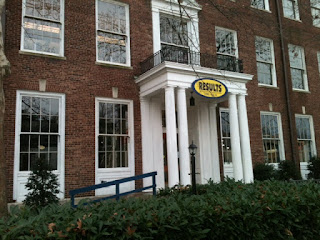 4. Get cultured. After a delightful repast at the National Gallery of Art's garden cafe, hobbled across the Mall to the Hirshhorn for some mind-popping abstractions. The next day, back on the bus to the Hawaiian festival at American Indian, in honor of the Hōkūleʻa traditional canoe having arrived in DC, after sailing across oceans using only traditional navigation by the stars. Mmm, mmm. I have not previously enjoyed the treat of young, fit, handsome Hawaiian men doing the hula. Nice hip rolls. Alas, must leave the details to your imagination, having forgotten my camera. 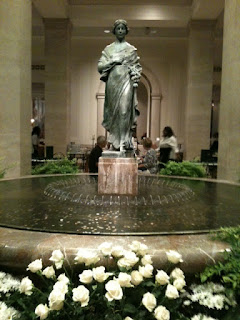 Watching over the delighted diners at the Garden Cafe 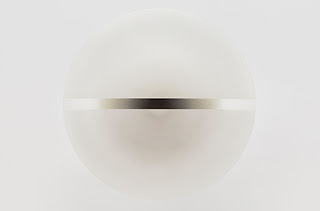 Robert Irwin's Untitled at the Hirshhorn 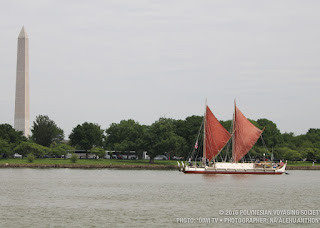 The Hawaiian canoe Hōkūleʻa arrives in DC; photo courtesy of Polynesian Voyaging Society
5.  Fix, mend, and repair. Finally got around to gluing my shoe sole back on. Searched the house for those tiny screwdrivers to tighten my glasses (where do they disappear to?). Sewed up the fraying edges on the boat curtains, threaded the machine for Pope so he can sew his sails and racing flags. 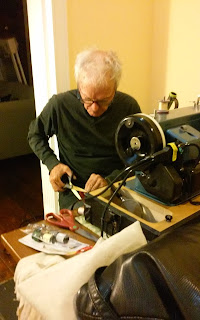 7. Volunteer. This has been an ongoing theme for 6 or 7 years, mostly as a board member and hard-working volunteer at the nonprofit Yoga in Daily Life center in Del Ray, Alexandria. Tried teaching yoga previously; now focused on administration and event planning (such as the classical piano concerts in February featuring a member of Yoga in Daily Life from Croatia). This month, a lengthy board retreat to work on strategic planning, and preparation of follow-up reports. Make it worth my while--come on down for a class sometime! 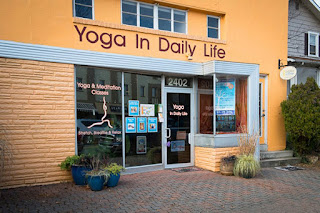 Are we done yet? Am I done yet? Why, no. Also cooked, cleaned house, read library books, watched movies, lunched with friends, practiced guitar... even began cleaning out and donating "stuff" hiding in the backs of closets. Whew! My days CAN be productive and fulfilling if I get up off my butt and stop moping around the house lamenting.

Sit still, just because of a little pain and feeling blue? No. Set those blues aside or sing them out! I say. Just around the corner there is something fun, or at least worthwhile, clamoring for my attention. And I owe it to my readers to push on.


Posted by my alias Amber Jones Adventures at 4:28 PM