Emotional roller coaster: a situation or experience that alternates between making you feel excited, exhilarated, or happy and making you feel sad, disappointed, or desperate.

Yep. That was February. In like a lion is supposed to refer to the month of March; but February bared its claws, pounced, and chewed me up--physically, mentally, and emotionally.

Physically: Back in 2014, I broke a bone -- Metatarsal #4 -- near my left ankle. My foot swelled up like a balloon -- at the base of my toes. It took 9 months, 3 podiatrists, 2 orthopedic surgeons, and 1 chiropractor to get the swelling down. (In the end, the chiropractor was the miracle worker.) 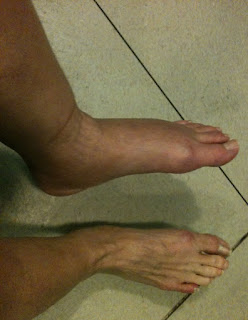 Last November, and again in February, I was briefly back on crutches. Some swelling returned, and the pain of putting weight on the foot climbed the scale; jamming steel rods into my armpits for a few days seemed easier to tolerate.

The primary break was near the ankle. A recent x-ray revealed an undated second fracture, near the base of my toes. Maybe the explanation for the initial swelling in a seemingly weird location; the swelling may have been too thick for the earlier x-rays to reveal that second break. However, two breaks don't explain the continued pain and suffering. Anyone know of yet another foot specialist I could try?

Mentally: In February, my spiritual guru visited my ashram in Alexandria. A swami from India now also serving the West, he has hundreds of ashrams and thousands of followers practicing yoga and mediation. He organizes international peace conferences, including an upcoming one at the United Nations. He leads humanitarian projects in India and in disaster zones. He oversaw the planting of 15 million trees in a reforestation project. In short, he's an important dude. 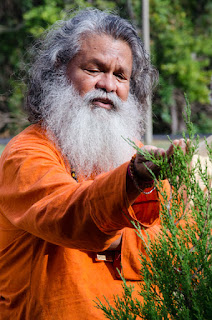 Paramhans Swami Maheshwarananda planting a peace tree in Alexandria, Virginia; the trees are mentioned in the video of my introduction, at the link below

His visits are a challenge because 1) the stress of a too-small group organizing hundreds of details for the visit exacerbates underlying tensions, sometimes leading to harsh words and tears; and 2) I am reminded of my shortcomings in the arena of human relations and my lack of discipline in practicing yoga and meditation.

I introduced his public program Saturday night, on an international webcast viewed by only 600 or so. (The Europeans were asleep.) I was nervous. And then....as I stood up to speak, he whispered to me what subjects he wanted me to address.

So...I threw away my prepared remarks (on other subjects) and started from scratch.

Thank goodness for Table Topics!! That's a session in our weekly Toastmasters meeting in which we practice impromptu speaking. Because you never know when you might be asked on the spur of the moment to introduce a prime minister, CEO, or other important dude.

Emotionally: Friends are dying. One committed suicide. Others are in chemotherapy or rehabilitation. I'm feeling helpless, sad, and a little lonely. 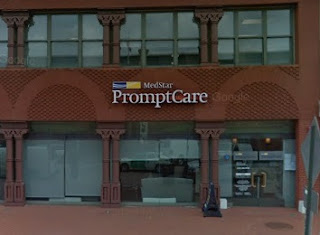 Not a single tree in sight!

It sucks reaching a stage of life when visits to medical establishments outnumber visits to pubs, or plays, or pretty parks. Hiking means hot-footing it to Urgent Care. Backpacking means hauling your stack of medical records.

Count me among those who grouse about the blepharitis, the dermatograpia, and the twinge in the SI joint, not to mention that darn foot. When health problems pile on top of each other, I curl up and cry.

Anyone else glad to see this month end?


Posted by my alias Amber Jones Adventures at 8:07 PM