Some people tune in to jazz or classical music. Other prefer country. To sailors, the sound of wind in the sails when the sails are trimmed just right is music to their ears. For a fair-weather boater like me, however, the most welcoming sounds are the hiss of a gentle breeze, birds twittering, and gentle waves lapping at the hull.

The worst sounds, on either a short spin around Chesapeake Bay or a long-distance cruise down the Intacoastal Waterway, resemble rock 'n' roll. That is, the boat rockin' in the waves and rollin' in the current. The water slammin' at the hull. The wind shrieking through the lines, halyards, and other protuberances on the boat. Between the noise and the anxiety about the anchor holding, it's hard to get any sleep.

In the Bahamas last winter, we spent a day in the Atlantic, rolling on 4-foot waves. On our Vancouver Island excursion, the waves reached 10 feet offshore in the Pacific. But nothing prepared me for the violence of Fernandina Beach, Florida.

The Sunshine State? Hmm. According to the chart, we crossed the border from Georgia. Naturally, I expected palm trees and tanning weather. For a while, I thought we were. The backdrop was gray and cloudy, and the band was in full swing--we were rockin' and rollin' to the wind's signature accompaninent. 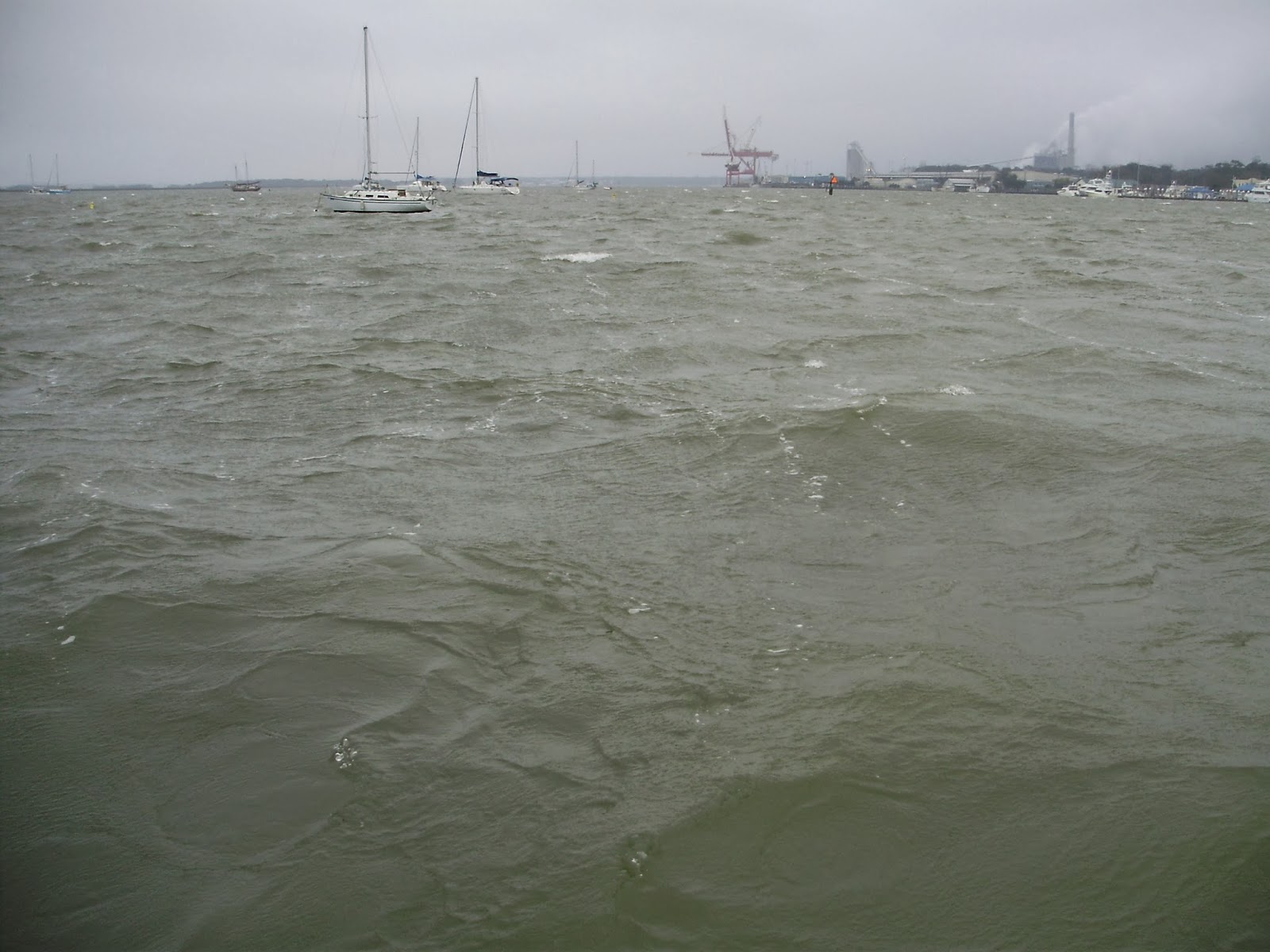 Worst of all, we were stone cold chilled.

If you remember from the previous blog post ("Captain Runaground"), we have had some difficulty staying afloat in the waterway because of the sneaky shoals trying to grab the bottom of our keel. Cousins of the sirens of ancient legend, I guess. In Fernandina Beach, a particularly snarky sandbar kept us holed up overnight waiting for just the right symphony of high tide and gentle wind.

One night turned into two! A dozen boats paraded past the first morning. Let's go! We cried, wishing to leave the cacophony behind and follow the big guys with deeper keels across the sandbar. But alas, the wind and ripping current conspired to keep our anchor firmly entrenched on the bottom of Fernandina harbor. 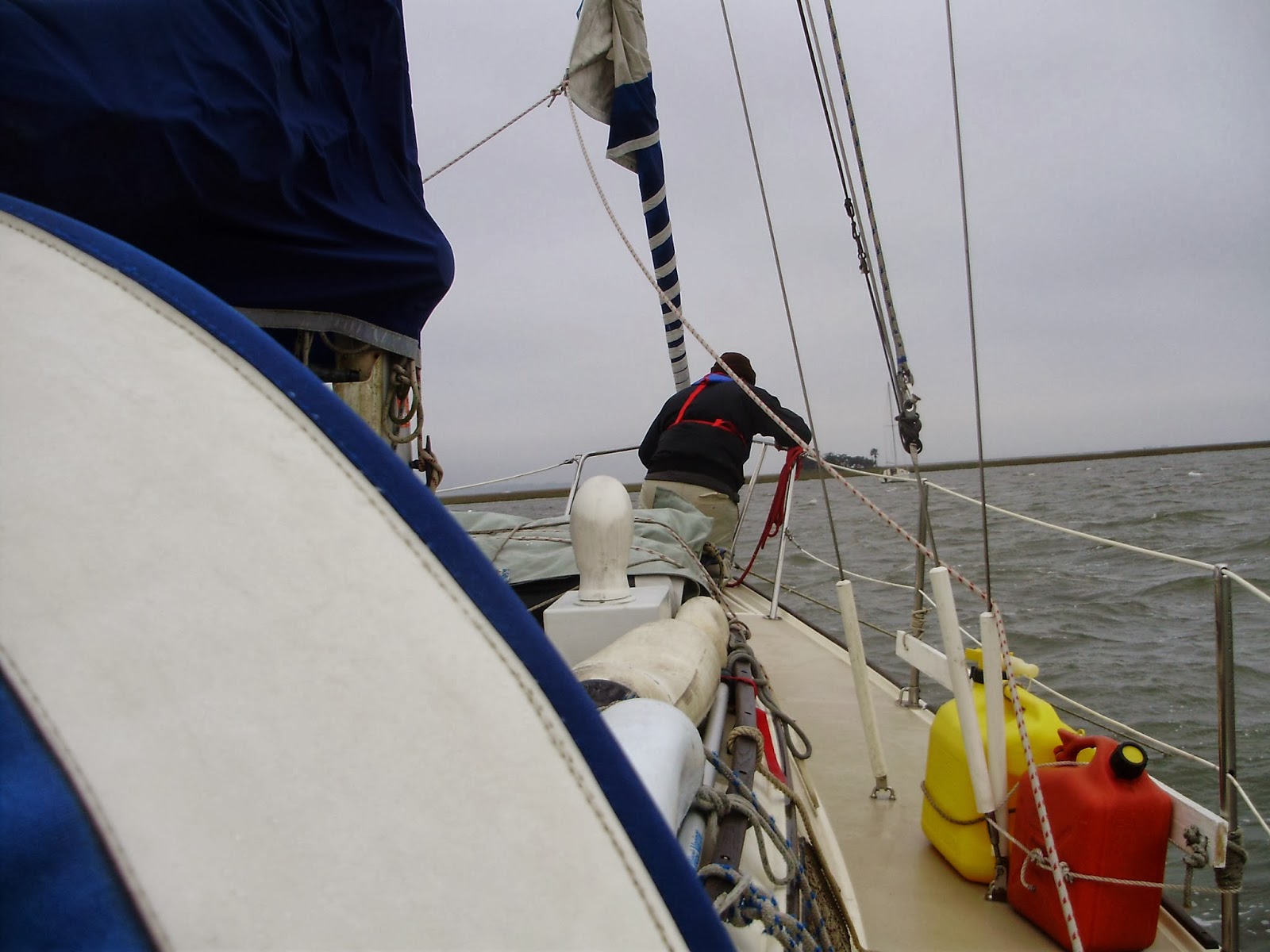 After a half hour of ripping his hands on the taut rope, Pope's shoulders sagged in defeat. 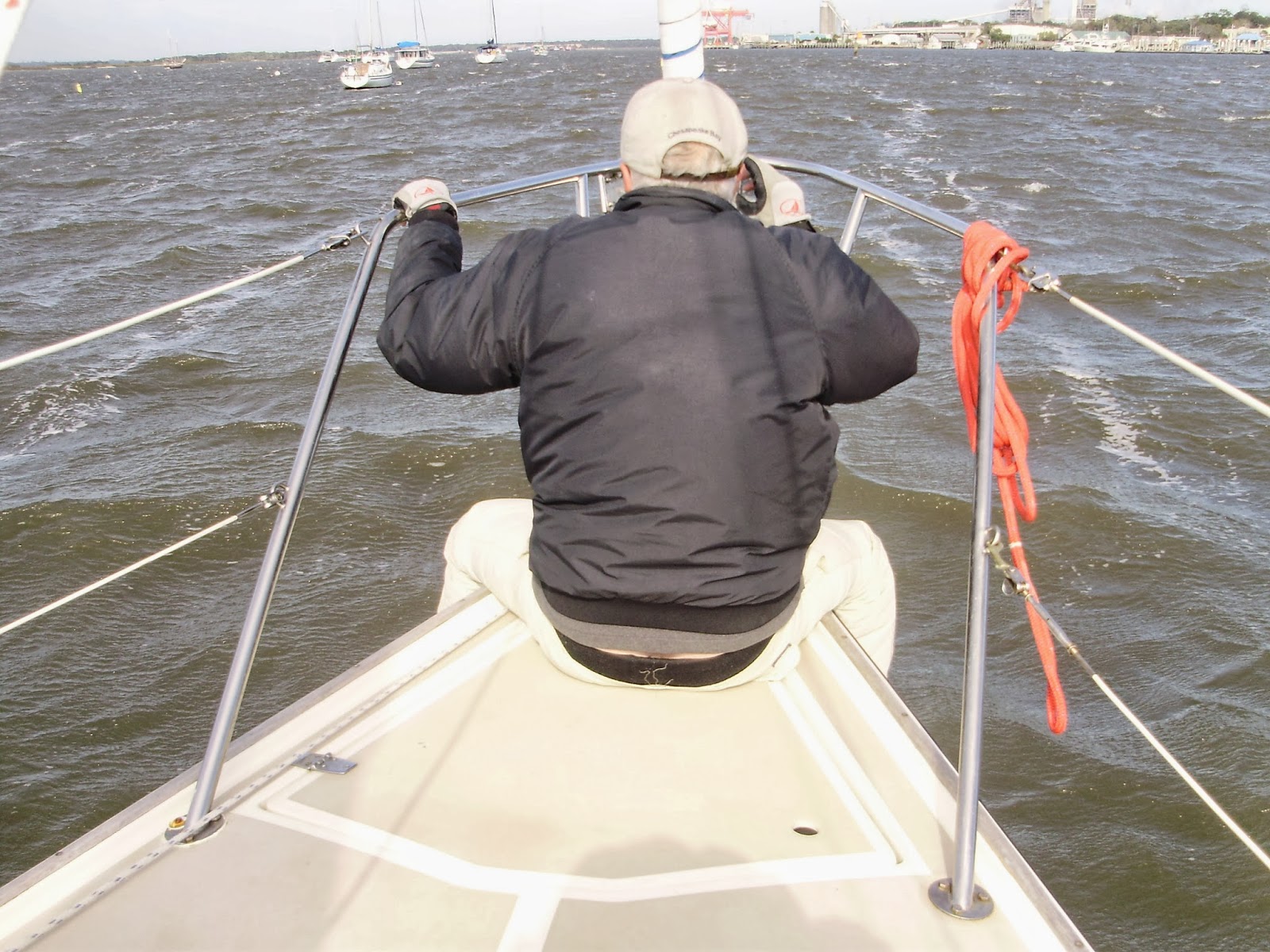 This afternoon, we agreed. We'll try again. But by afternoon, the winds had increased to 25 mph, whistling with glee at the plight of stranded cruisers. We settled down with our books for another evening and night of kick-ass music, wishing it would just pipe down!

Posted by my alias Amber Jones Adventures at 8:20 PM