Counting Calories in Lightcliffe (or, Hiking the Historic Pubs of West Yorkshire) 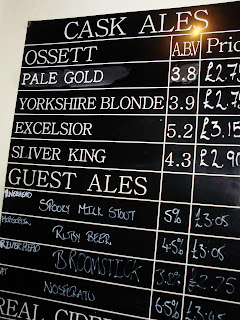 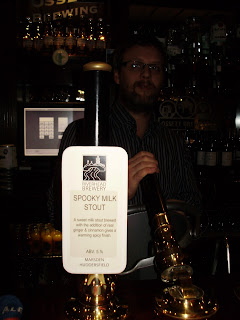 We set about to find out--my American high school friend Liz, her English husband Ian, and I. With the assistance of a smartphone app that tracks movement via GPS. 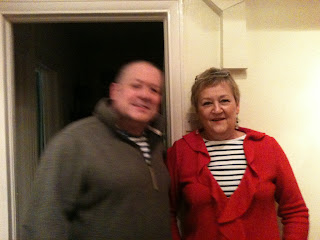 ﻿
﻿
Having just disembarked from a week of satisfying my taste buds (and broadening my hips) with scones and clotted cream on a luxury cruise liner, I was more than ready to burn a few calories hiking the Yorkshire hills and moors while searching for some tasty hops. How appropriate to be reminded by a local street name of the impacts of indulgence. 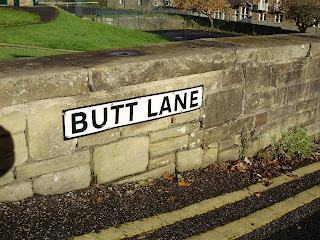 Other good reasons for walking to the pubs: save gas, don't drink and drive, and avoid negotiating Liz and Ian's very narrow driveway. 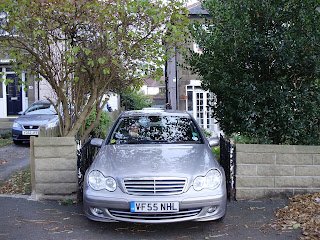 We began our search for brews (and smaller butts, or bums as they say in England) in the cemetery at the end of Liz and Ian's street in the modest village of Lightcliffe, to remind ourselves that some of the headstones probably belonged to those who drank too much and didn't get any exercise. Noted the changing leaves. 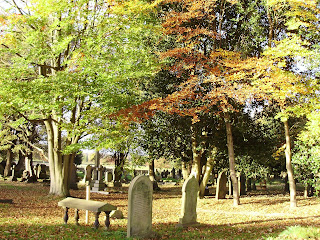 Continued down a nearby footpath alongside an undoubtedly historic original (or possibly rebuilt) stone wall. 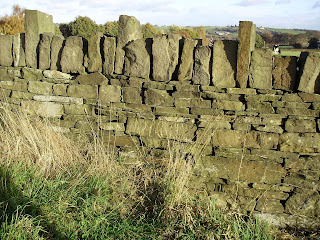 Cows grazed peacefully alongside the footpath. In fact, the footpath led through their pasture. Liz and Ian, having encountered difficulty in such settings before ("Yorkshire cows are NOT the pacifists they appear to be!"), chose to hop a fence and detour around the pasture, adding a few extra steps to our electronic pedometer. 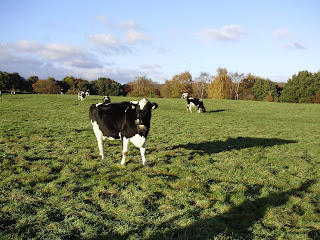 Crossed the railroad tracks. Our destination was on the other side. Not enough stairs to burn a lot of calories, though. 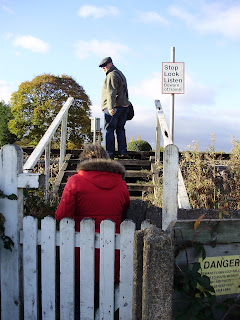 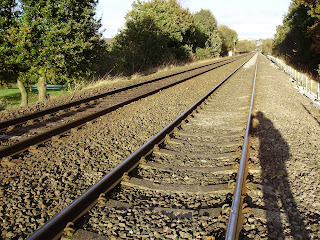 We patiently waited for a trio to tee off before crossing a golf course and tiptoeing around the green. A pleasant stroll so far, on a sunny yet crisp autumn day. 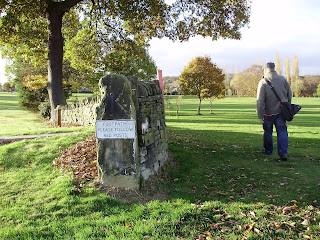 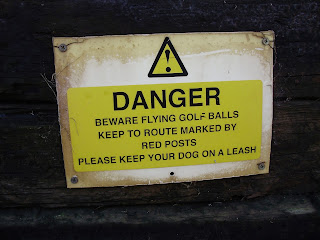 Our quest continued on a busy road. A long walk on pavement. Must be miles and miles, I mused; my feet complained. 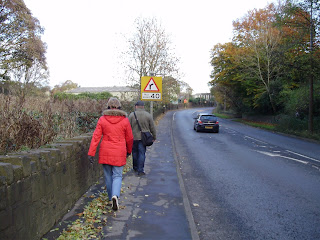 Eventually we turned off and strode purposefully a few more blocks to our first stop--the local pub Olde White Beare in Norwood Green, where I had discovered heaven on earth a year ago, in the form of the best Sticky Toffee Pudding in Yorkshire and possibly on the planet. This time, I enjoyed a lovely amber ale called Sharp's Doom Bar. Bottoms up! Three miles since departure. 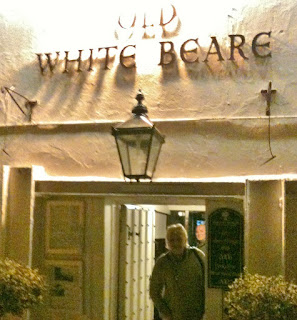 ﻿
By the time dusk fell at 6 pm, we had progressed to the Hare and Hound in Hipperholme, where we cleansed our palette with a little snack of cheese and crackers and chocolate cheesecake before testing the local brews. I estimated 4 1/2 miles so far, though the smartphone app claimed something a little less ambitious. Probably not enough to work off that strawberry cream accompaniment. 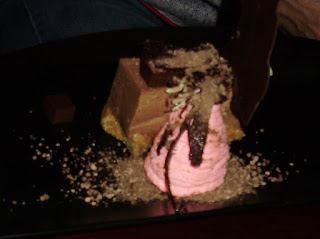 To round out the evening, because we were imitating travelers of olde who stopped by a wayside inn when darkness fell and/or their feet gave out, we hoofed it to the Travellers Inn and sprawled in comfy chairs. Ian suggested a taxi home. For only a mile and a half? I exclaimed. Nah! Let's finish this pub crawl in traditional style. 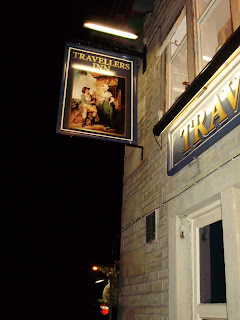 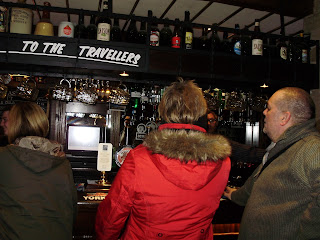 And that's how we happened to see the fireworks. You see, it was Guy Fawkes Night, 5 November. In days of olde, Guy Fawkes' heroic effort to save King James from a terrorist bomb was celebrated with community bonfires. Replacing that were a half dozen firework displays in and around the villages of west Yorkshire. We saw them across the hills and moors on the last stretch back to Liz and Ian's house on Stoney Lane. 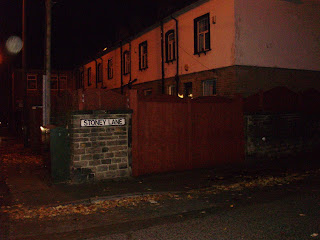 We burned a few more calories, too.

Posted by my alias Amber Jones Adventures at 9:26 PM