Killer Whales, Screeching Roosters: Getting to Know the Fauna (and Folks) of the Gulf Islands

Well, folks, I’ve been trying for days to get you a photo of whales breaching. Finally got a photo, sort of, of a pod of orcas (killer whales)—our first orca sighting! The whales we saw a few days ago were humpbacks, though we were deep in the heart of orca country. The orcas were just off the coast of the Saanich peninsula of Vancouver Island, a short way north of Victoria. See photo below.

We didn’t stop in Victoria except to drop off a crew member, Scott, as we had picked up another crew member, a second Mark, in Tofino. Victoria Harbor was crazy—cruise ships, schooners, sailboats, fishing boats, tour boats, water taxis, and seaplanes sharing a narrow corridor in and out of town! Yellow buoys mark the center line. Traveling into town? Keep right. Out of town, keep left. Boats hug the buoys, because seaplanes lay claim to the outer “lane.” While waiting in line at the fuel dock, maneuvering to avoid other vessels, a tour boat blatantly cut in front of us! A transport officer motors around, trying to keep order. Pert little houseboats line the docks. (See photo.) 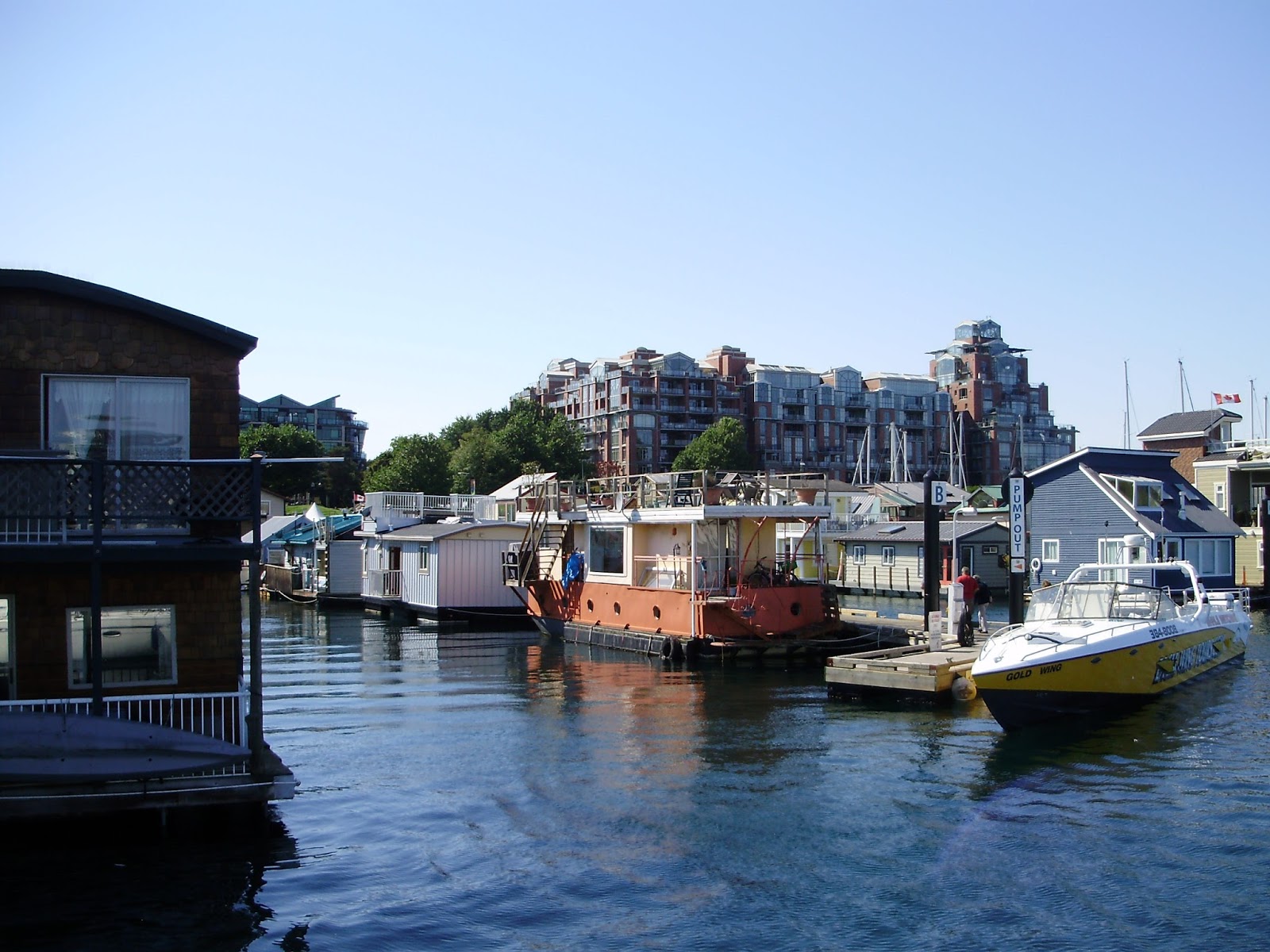 Got out of Victoria fast, and up the coast. Anchored all alone in placid Saanichton Bay in 25 feet of water.  Next morning, leaving the bay for a tour of the Gulf Islands, we encountered a pod of six orcas cavorting, gliding, and diving. Put on a great show for about 15 minutes. Only one other boat there to watch, and a couple of kayakers, who fled the area as the whales approached—puzzling! Who wouldn’t want to watch the orcas put on a show? Then we realized, maybe people in small boats were uncomfortable getting up close to thousand-pound leviathans! 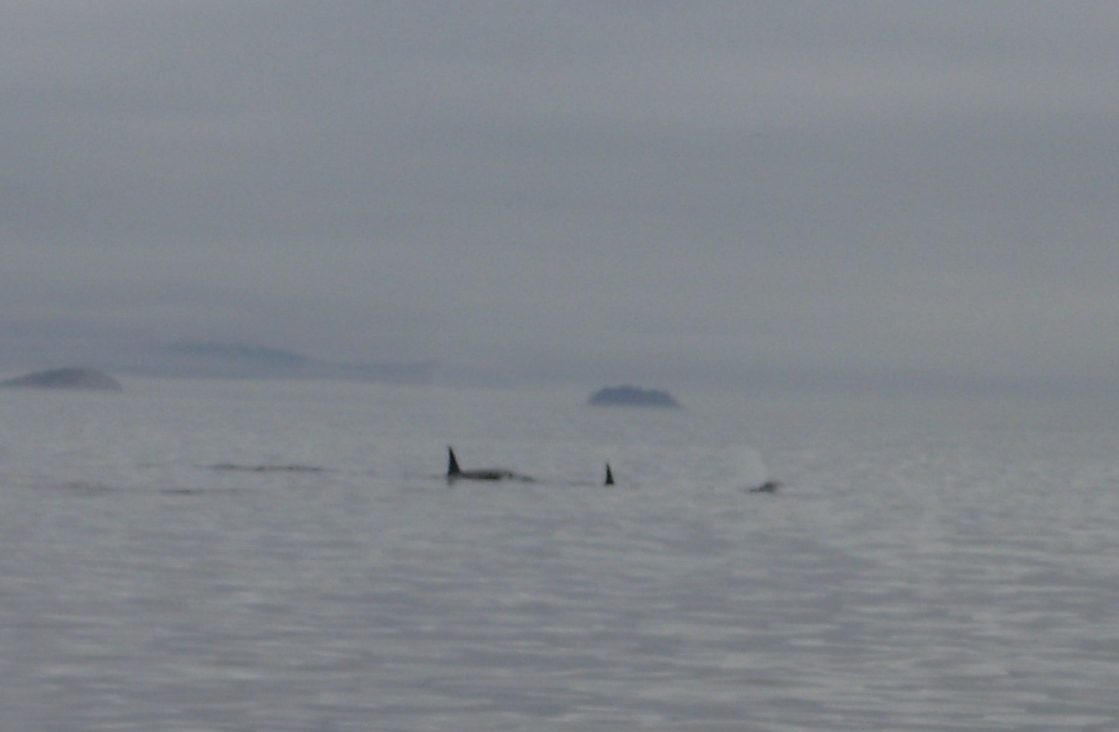 But the adventure wasn’t over yet!!  We anchored at Salt Spring Island and headed on over to the island’s county fair. I’ve wanted to visit this island since I saw it from a ferry many years ago, when attending a yoga retreat on a nearby island.


At the Salt Spring Island Fall Fair (think mini state fair), the country music was rockin’ and rollin’, the local blackberry pie was delish, and the corn on the cob was…well, not as sweet as the east coast. The longest zucchini went down in the record books at 23 inches. The largest pumpkin, 647 pounds. 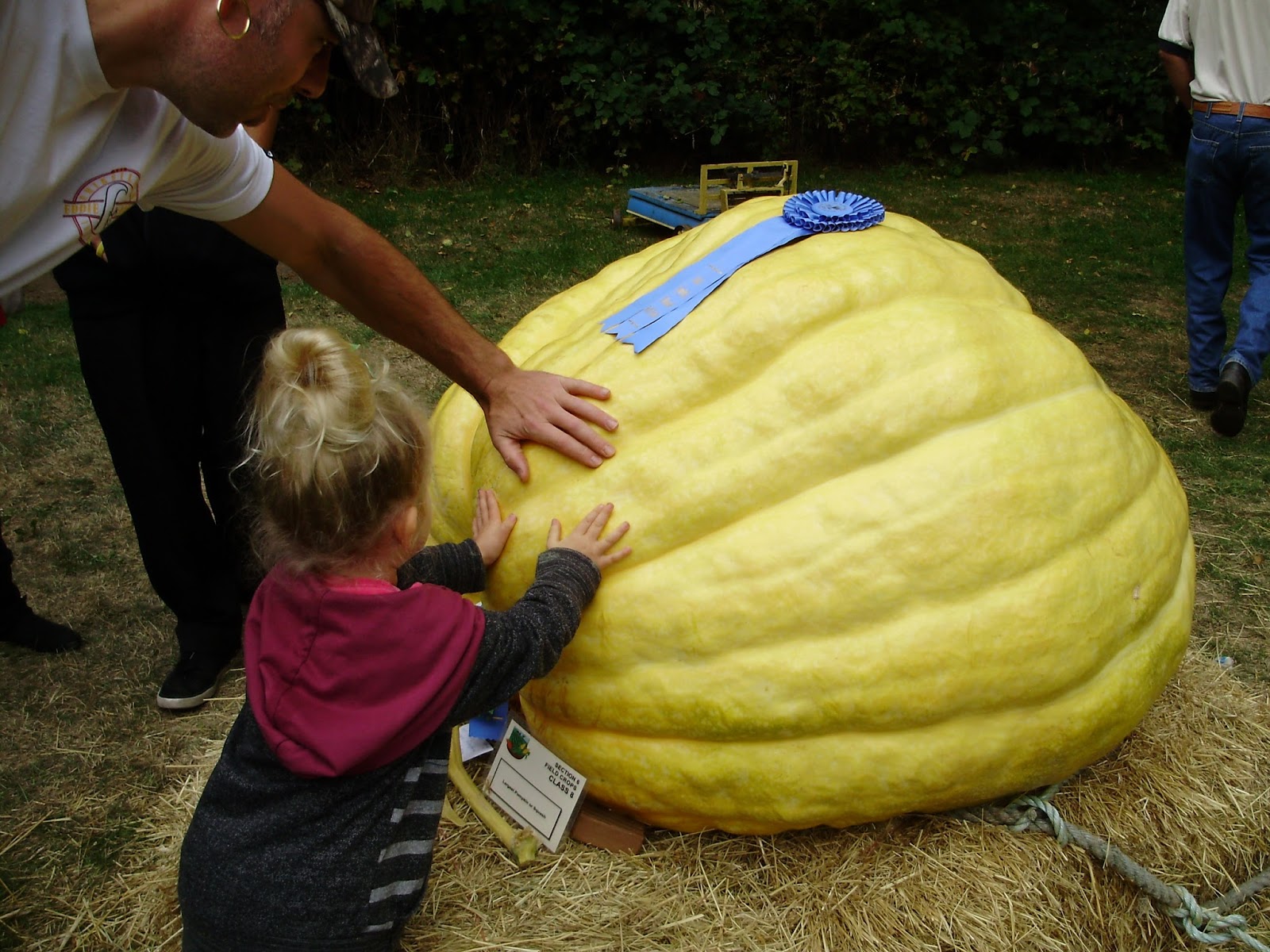 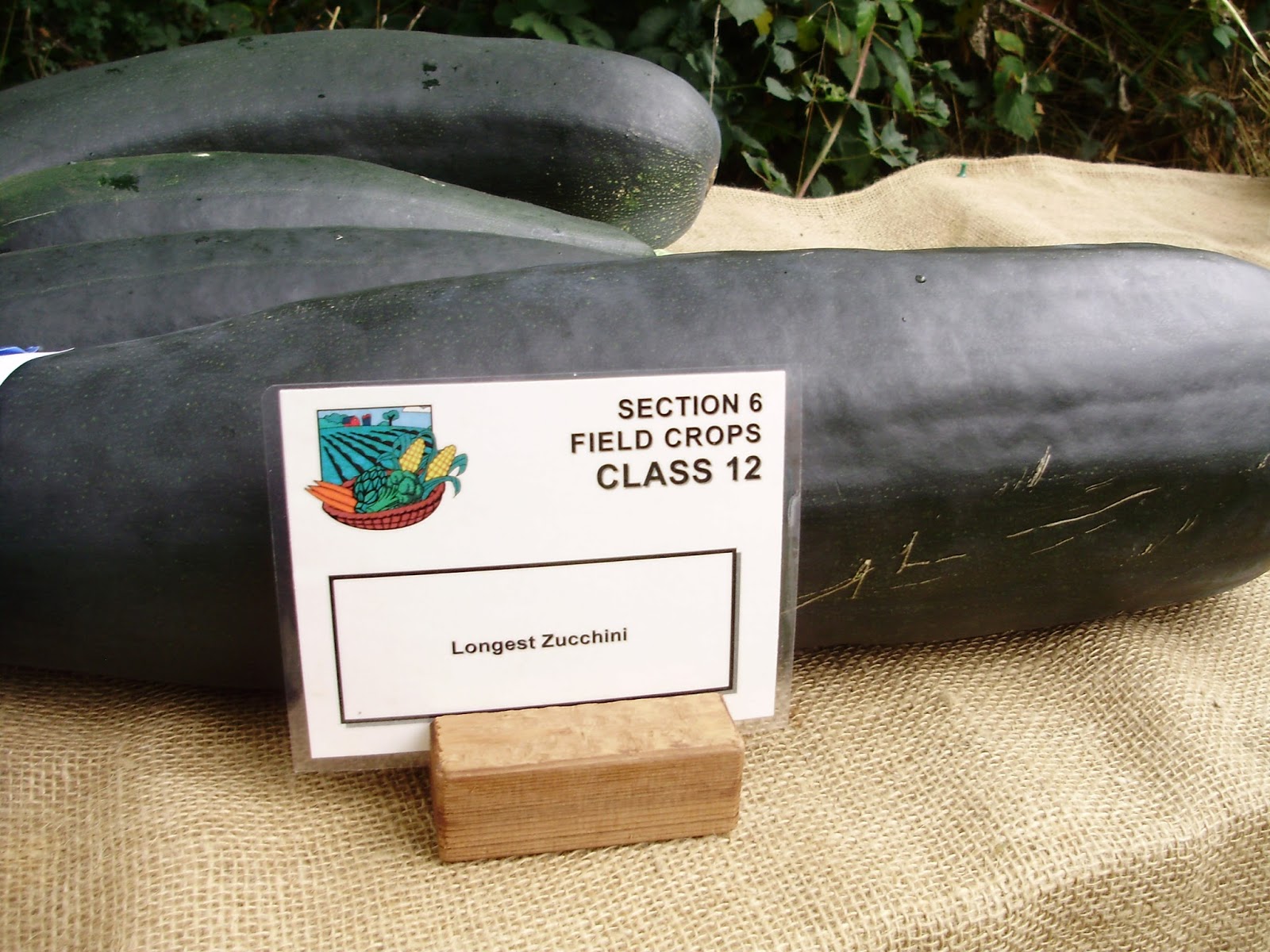 The highlight of the day was Pope’s participation in the rooster-calling contest! Having grown up on a Maryland farm, he er-er-errrred his way through two rounds, staying right in there with a local farmer, a 4-year-old, someone’s dad, and a Washington State girl. When the judges finally booted him out of the ring, the emcee suggested he run along back home now … and, by the way, say “hey” (or is it “hay”?) to Obama! 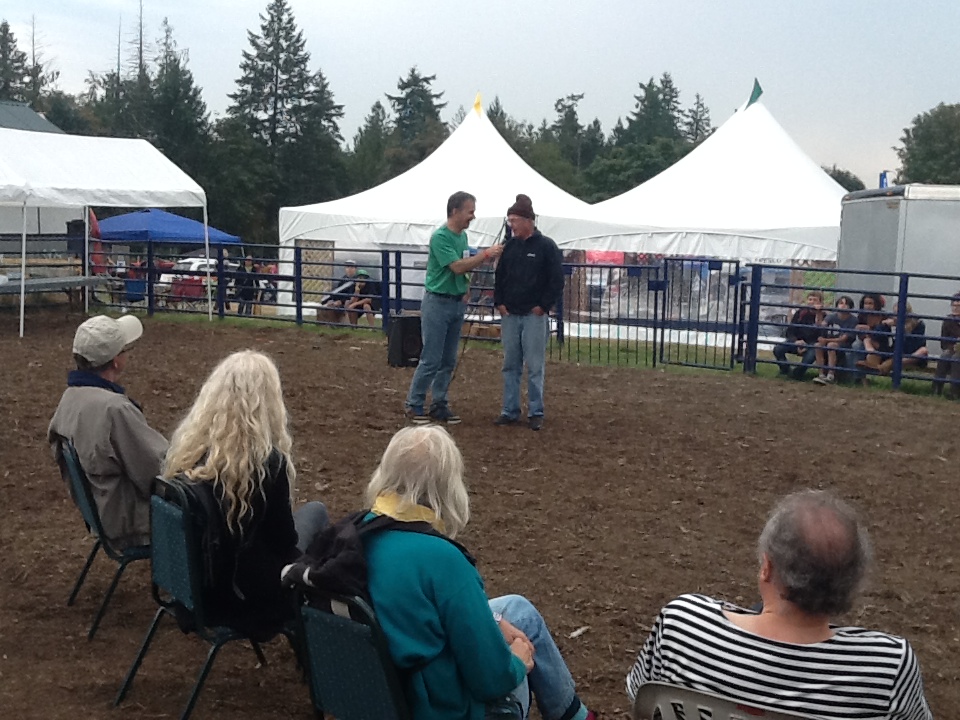 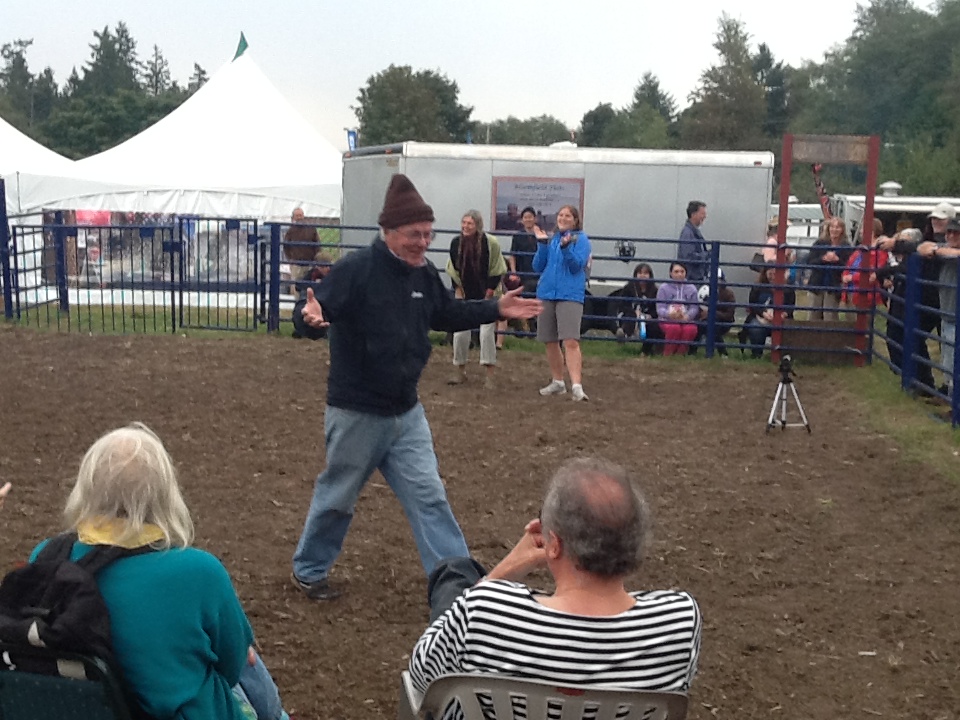 Posted by my alias Amber Jones Adventures at 2:13 PM