How Pampers Almost Ruined My Vacation

In the Bahamas, a conch tangled up in our anchor threatened to hijack our boat. In Guadeloupe, it was Pampers. 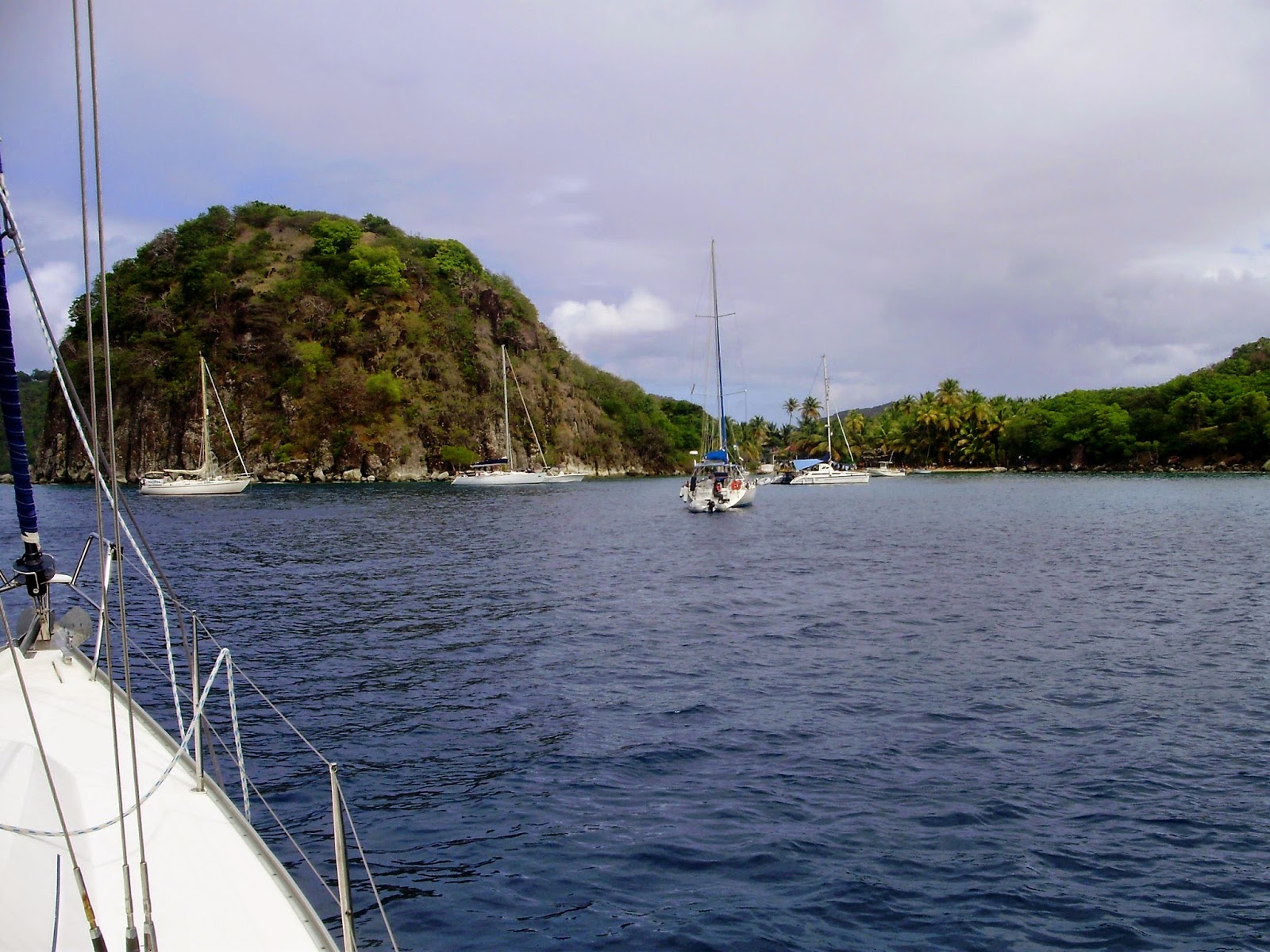 At 2 pm, we were at anchor in a quiet cove with a few other boats. Barb sat on the deck, painting lovely pastels of the boats in the harbor. 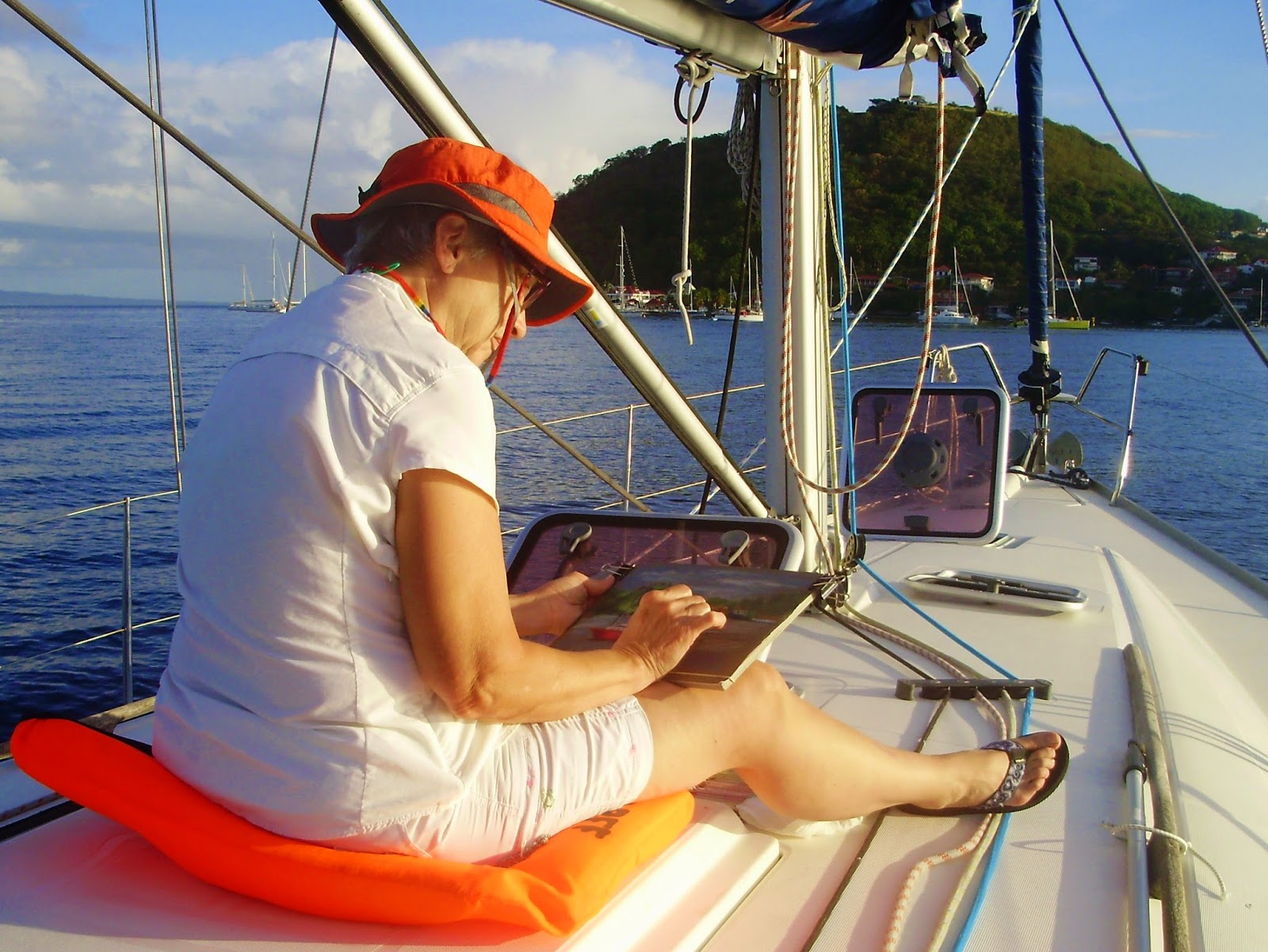 Pope and Greg were below, enjoying an after-lunch snooze. I donned my snorkel mask and paddled off to swim with the fish.

A half hour later, circling the boat to reach the swim ladder, it took me a few moments to realize something was amiss. A heated discussion was underway, our crew in the cockpit, and a gendarme (police) boat alongside. People were screaming at me to retrieve a "plastic" object that was floating out to sea.

I went, despite misgivings about returning against the current with an injured foot and no fins. So far on this trip, I had stuck to gentle exercise.

I swam flat out, worried that we had lost something vital. It was not plastic but a gooey, soft white substance, which to this day remains mysteriously unidentified. Litter!! A rolled-up Pampers, perhaps? Earlier, I had noticed a flotilla of garbage floating by, and now Barb was telling the gendarmes that she saw the parents of two toddlers on a catamaran next door empty a bucket of garbage into the sea. 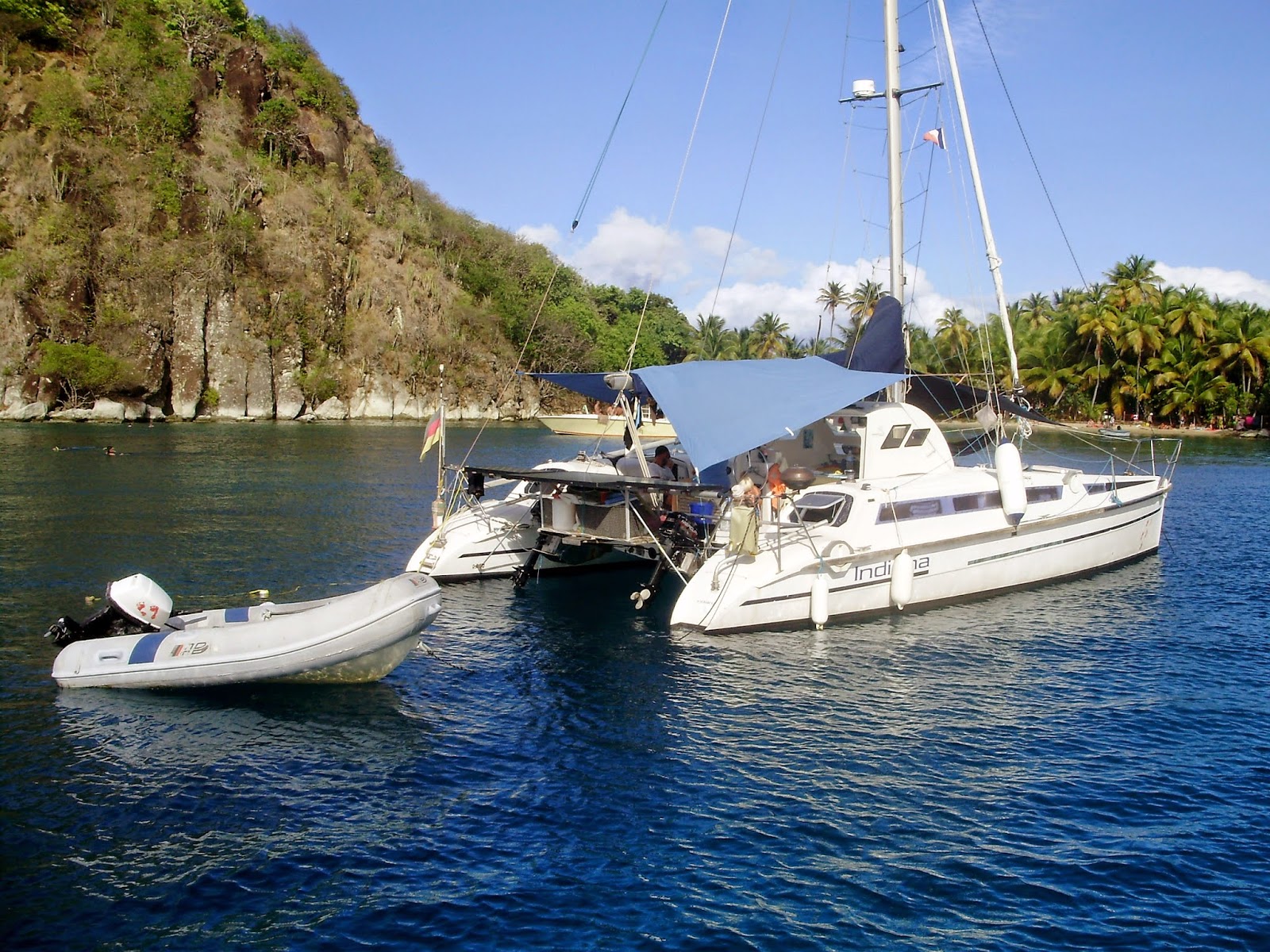 But the gendarmes did not listen to Barb, nor to my protest that the mysterious substance was of unknown origin--certainly not from our boat. Not to mention that half of our crew had been asleep. The police officers ignored the catamaran and refused to examine the object or interview neighboring boaters. WE were guilty of defiling the country with trash! Someone had called the police and claimed that someone on our boat--Clarabella--threw the object, along with other garbage, over the side. Someone "saw" us do it.

Who are those nasty liars and cheats? I protested. "Someone in a boat," they replied.

Not guilty! I cried, gasping after the long swim, fury setting in at the false accusation. "Ha, ha," the police officers said. "No one who is accused ever admits their guilt." There were "witnesses."

Go ahead, I screamed at the nearby boaters, ruin my vacation!

The police officers recorded Pope's name, address, and vitals, as the ship's captain. They would "file their report," and, presumably, we will be arrested at the dock, thrown into a French dungeon until we agree to turn over our souvenirs, leftover rum, and bank account, and forbidden from returning to any French principality to enjoy du vin rouge and foie gras.

Just as well. We were putting on a few pounds anyway.

Fortunately, I bought our plane tickets for this coming spring to arrive in Barcelona instead of Paris. With this revelation of French lies and injustice, I'm developing a distinct preference for paella.

Posted by my alias Amber Jones Adventures at 1:34 PM